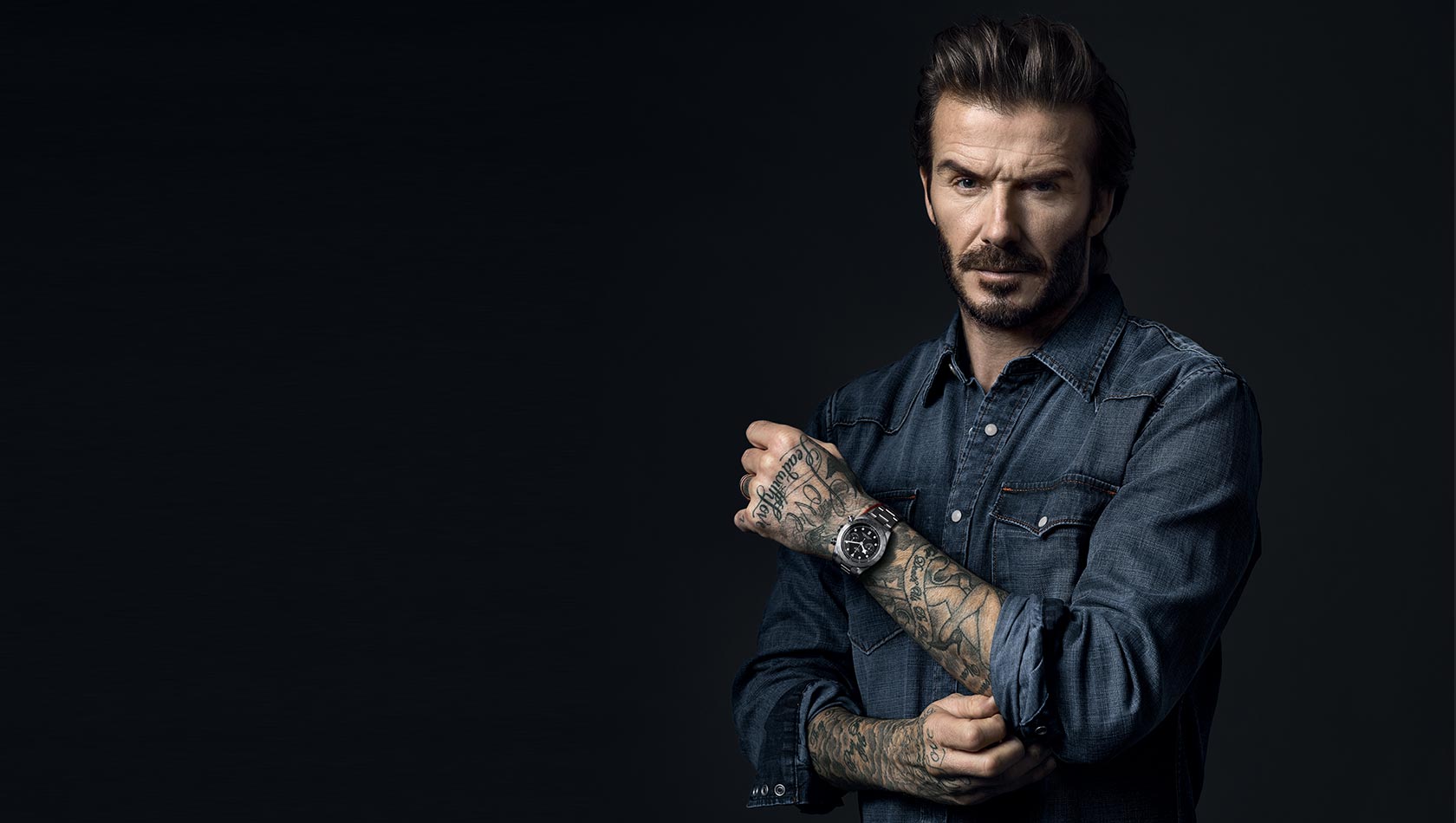 Style
On your mark: 5 chronograph watches under S$15,000 to invest in
Share this article
Next article

Way back before keeping and recording time was as easy as tapping the screen of your iPhone, the struggle was real for people such as motorsport racers or pilots. Measuring lap times and flight times were understandably a royal pain, especially when precision calls for figures right down to the second.

And so the chronograph was born. A literal translation of “time writer”, its name came about when the first version in 1816 saw a pen attached to the index, which literally marked the dial to indicate the elapsed time. By 1821, French watchmaker Nicolas Mathieu Rieussec made this “technology” available to a larger marketplace, and was commissioned by King Louis XVIII to further develop this complication so he could time horse races. The result was one that would change the world of sports forever — races of all types could now be timed, and records could be continually challenged.

When the 20th century arrived, chronograph watches were a major hit and manufacturers included a fixed bezel that operated as a tachymeter, which measures speed or distance based on speed. TAG Heuer was the first to introduce the rotating bezel tachymeter in 1958. Then the Wright brothers introduced aviation to the world, and the chronograph was in more demand than ever.

By 1969, the first ever automatic chronograph was created and it wasn’t long before one (we’ve featured a distant predecessor below) made it to the moon. Clearly, chronograph watches had come a long way since their humble beginnings as “time writers”.

To prove that you needn’t empty your piggy for good chronograph watches, we’ve sussed out 5 under (with one just slightly above) S$15,000 for you to start your collection with. 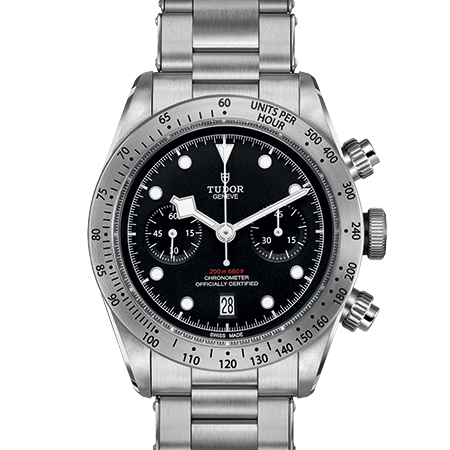 Though it takes inspiration from its archives, Tudor’s new Black Bay Chrono melds a notably new movement created in conjunction with another horological big name: Breitling. Based on the Breitling B01, the calibre MT5813 has all the workings of a modern chronograph, except it features a 45-minute counter at three o’clock instead of the traditional 30-minutes. At nine o’clock, a subdial indicates the running seconds. Design elements from its namesake dive watch had to be re-scaled to accommodate the chronograph feature, while a tachymeter bezel harkens back to its racing roots, making it the watch for fans of both styles. 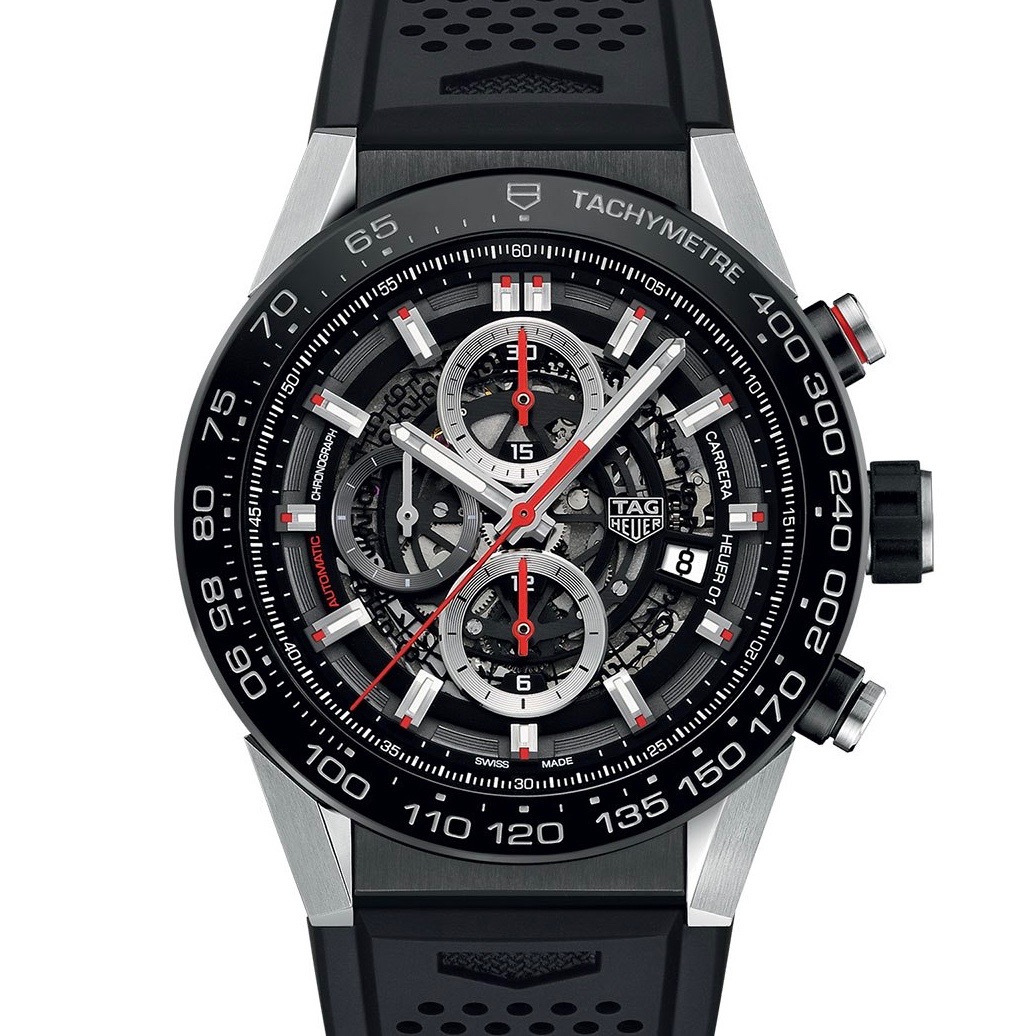 With roots deeply seeded in the world of motorsports, it’s no surprise that the automatic chronograph is heavily inspired by racing. Within lies the TAG Heuer Calibre Heuer 01 movement, which is based out of the 1887 automatic chronograph movement, only it’s now skeletonised and given some colour for a sprightlier update. On the wrist, the 45mm watch stands out with its black steel and red case, with a rally-style perforated rubber strap to complete the track-ready look. With the chronograph operating, the movement provides a 40-hour power reserve. 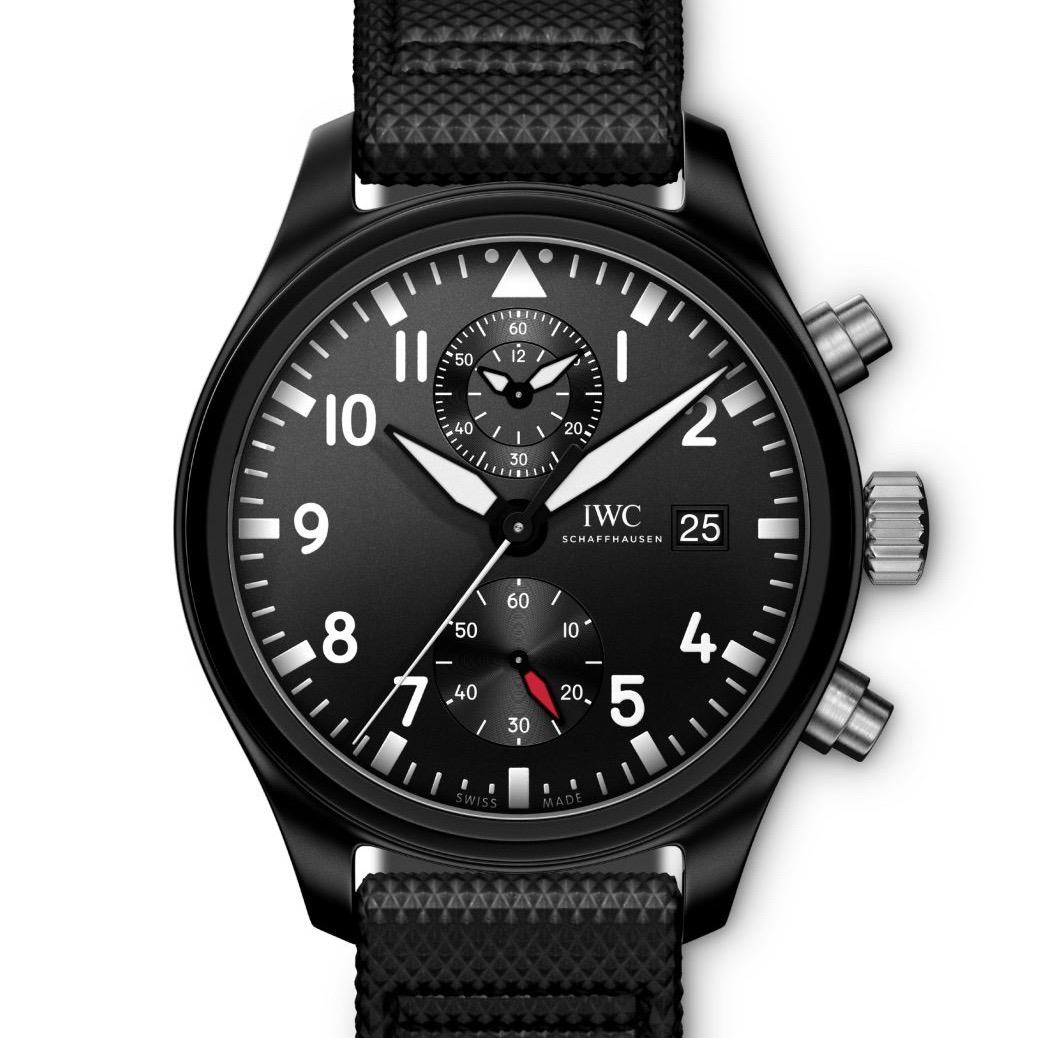 Unapologetically inspired by the famous elite flying school for US Navy pilots, this racy chronograph prides itself on delivering extremely precise results for measuring flying times. Housed within a 44mm ceramic case with a contrasting black dial, the in-house 89631-calibre movement also features an integrated flyback function which returns the stopwatch hand to zero to instantaneously start recording a new time — by simply pushing the reset button. If you’re concerned about magnetic fields impeding your timepiece’s accuracy, there’s a soft-iron inner case to protect it, so you can rest on your private jet with ease. 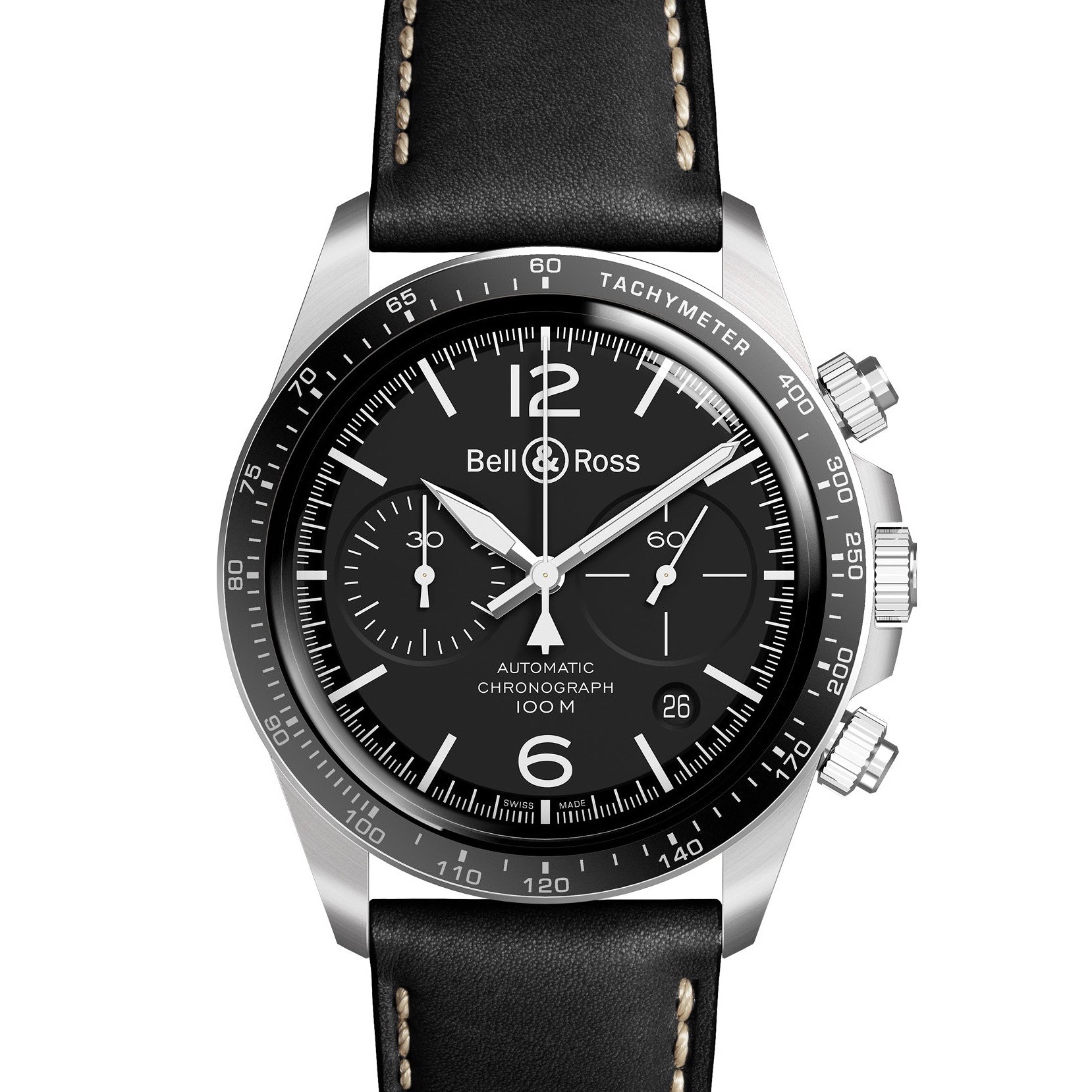 Now in its third generation of the Vintage collection, Bell & Ross is no stranger to releasing retro-inspired watches, but this is its most sophisticated yet. The 41mm twin-register chronograph is now given a black tachymeter bezel made of anodised aluminium for a bolder disposition than the previous BR V2-92 version. On the highly legible dial, a totaliser counts up to 30 minutes on the left, while the right subdial sees a running seconds register, complete with a discreet date window below. The automatic chronograph comes equipped with the BR-Cal.301 movement with a 42-hour power reserve. 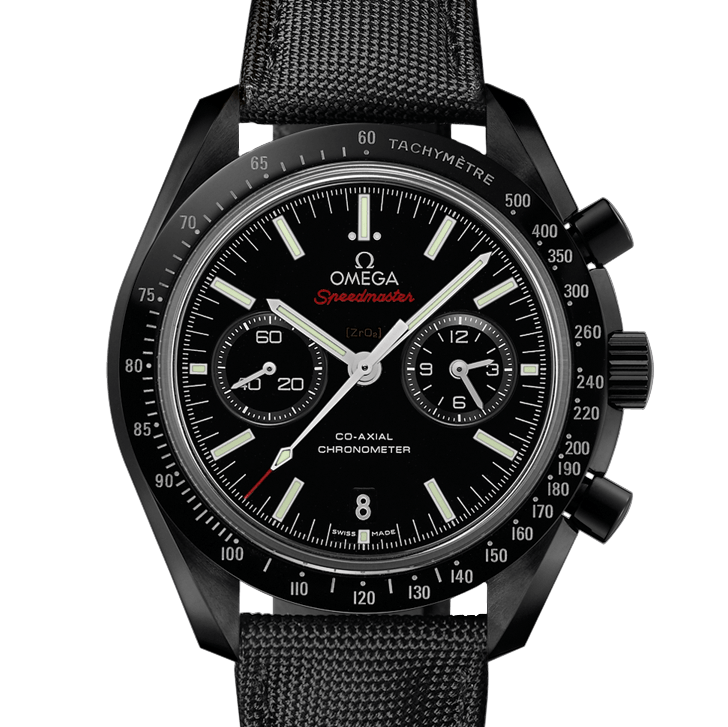 This goes slightly over the budget at S$15,500 but trust us, it’s worth it. After all, this timepiece is descendent of the famed “Moonwatch”, the Speedmaster that claimed its title for being the first on the moon. This Dark Side of the Moon version evokes the mysteriousness and allure of space with a blackened facade, crafted from a single block of black zirconium oxide ceramic. The equally jet-black dial is kept simple, save for the 18k white gold hands and hour markers. A matte chromium nitride tachymeter scale complete the iconic watch’s look, making it a faithful tribute to the watch that made it to the other side.