Home > Style > Watches > Off the wall: 5 cool clocks you need in your room now 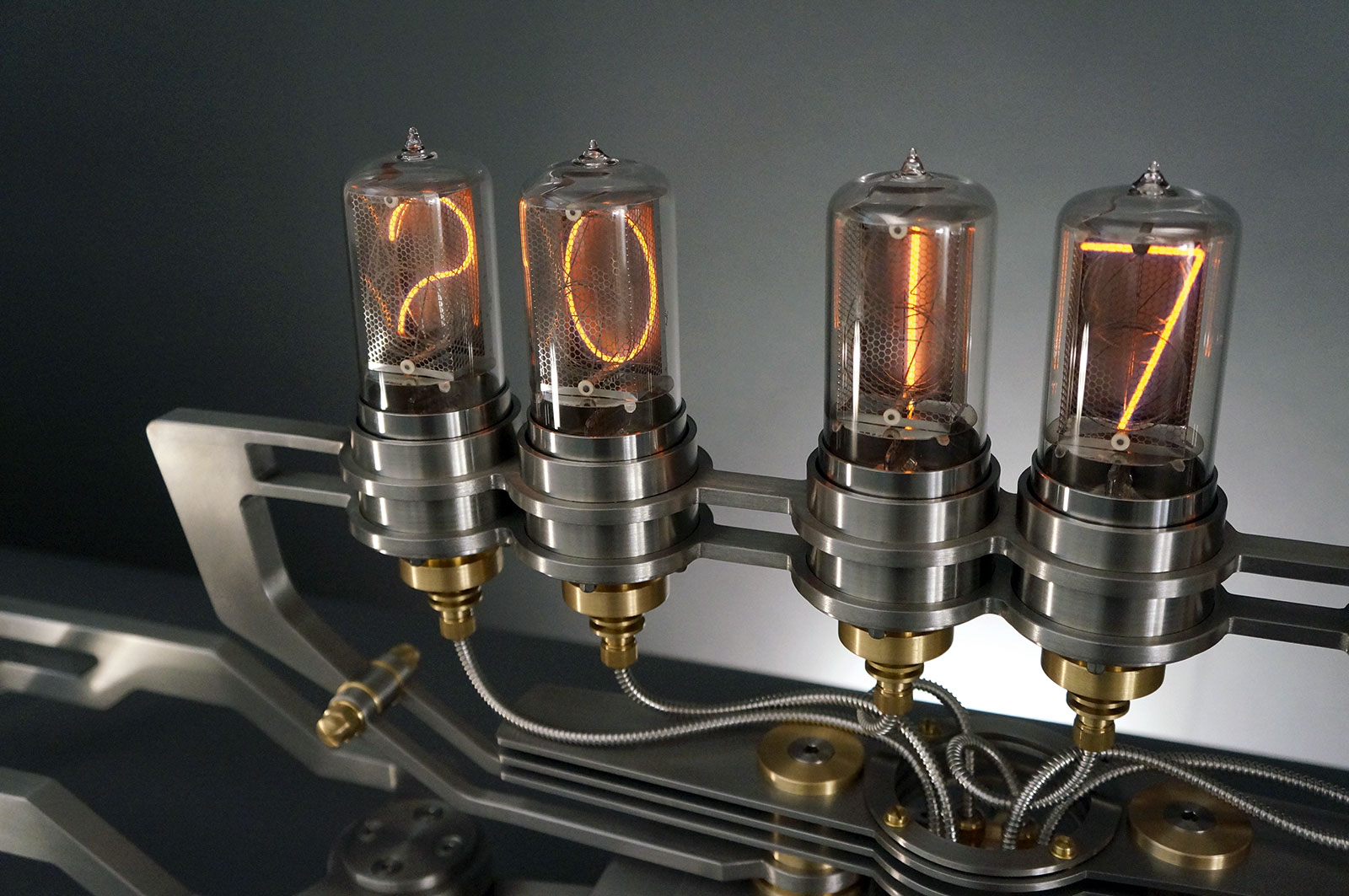 Off the wall: 5 cool clocks you need in your room now

Style
Off the wall: 5 cool clocks you need in your room now
Share this article
Next article

The next time you look at a clock, take a moment to recognise how dull it really is. Beyond the lazily ticking hands is an even more lacklustre face, and then there’s the printed numerals which scream absolutely no creative effort by the designer at all.

Clocks are often not the star of an office, a house or desk, because they were designed to only tell the time quickly. But we believe that like many other things, a clock is a reflection of your personality, and first impressions are everything when you want to impress that date you just brought home, or that client you want to sign a deal with.

And if you don’t believe clocks can be intricate works of art — and we’re not talking about century-old grandfather clocks here — we’ve sussed out some of the coolest ones in the market right now to make a point. No stranger to the world of crazy timekeepers for your wall, MB&F launched its Destination Moon spaceship clock earlier this year, but special mention goes to the skin-crawling Arachnophobia clock that’s brilliantly scary and beautifully at the same time.

Then there’s a DIY project by a Japanese student that could rival even the most experienced of clockmakers, and a steampunk-esque Nixie tube version that would surely steal the limelight in any room. 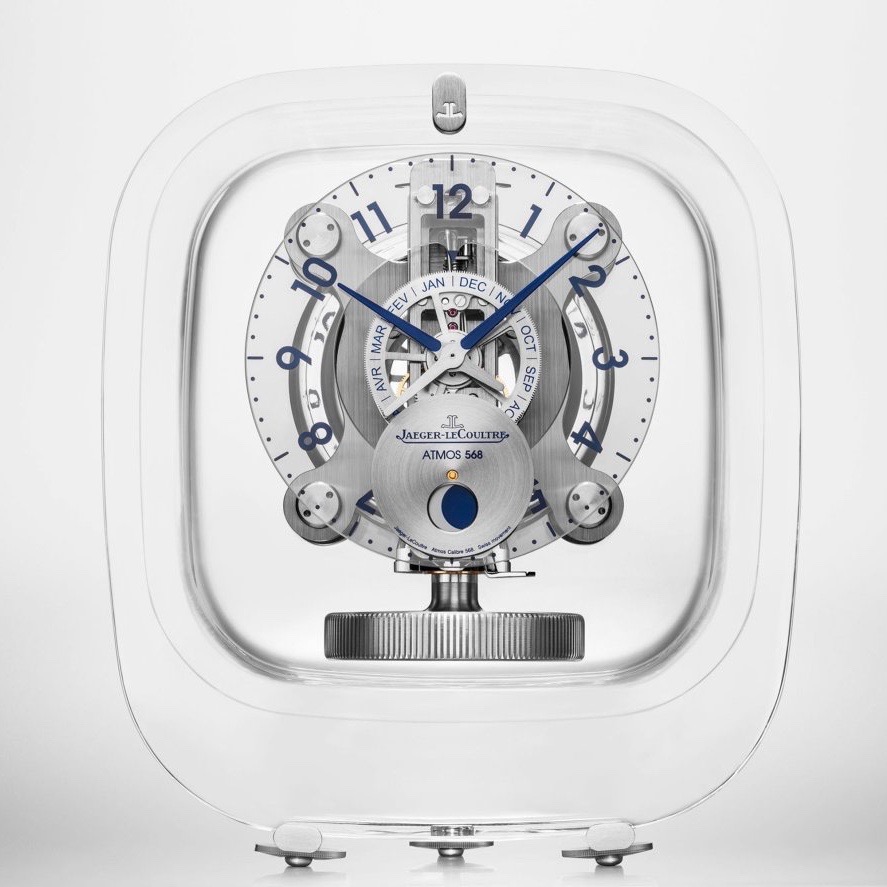 Lightness and simplicity take centre stage with the new Atmos clock by the famed product designer. To highlight this, the caliber 568 movement sits suspended within the Baccarat crystal case, telling the time via a transparent glass ring with electric blue numerals, dashes and dots. Look closer and you’ll see the month and moon phase indicators. What’s remarkable is that the watch is powered by the expansion and contraction from temperature fluctuations, so the clock is “virtually perpetual”. 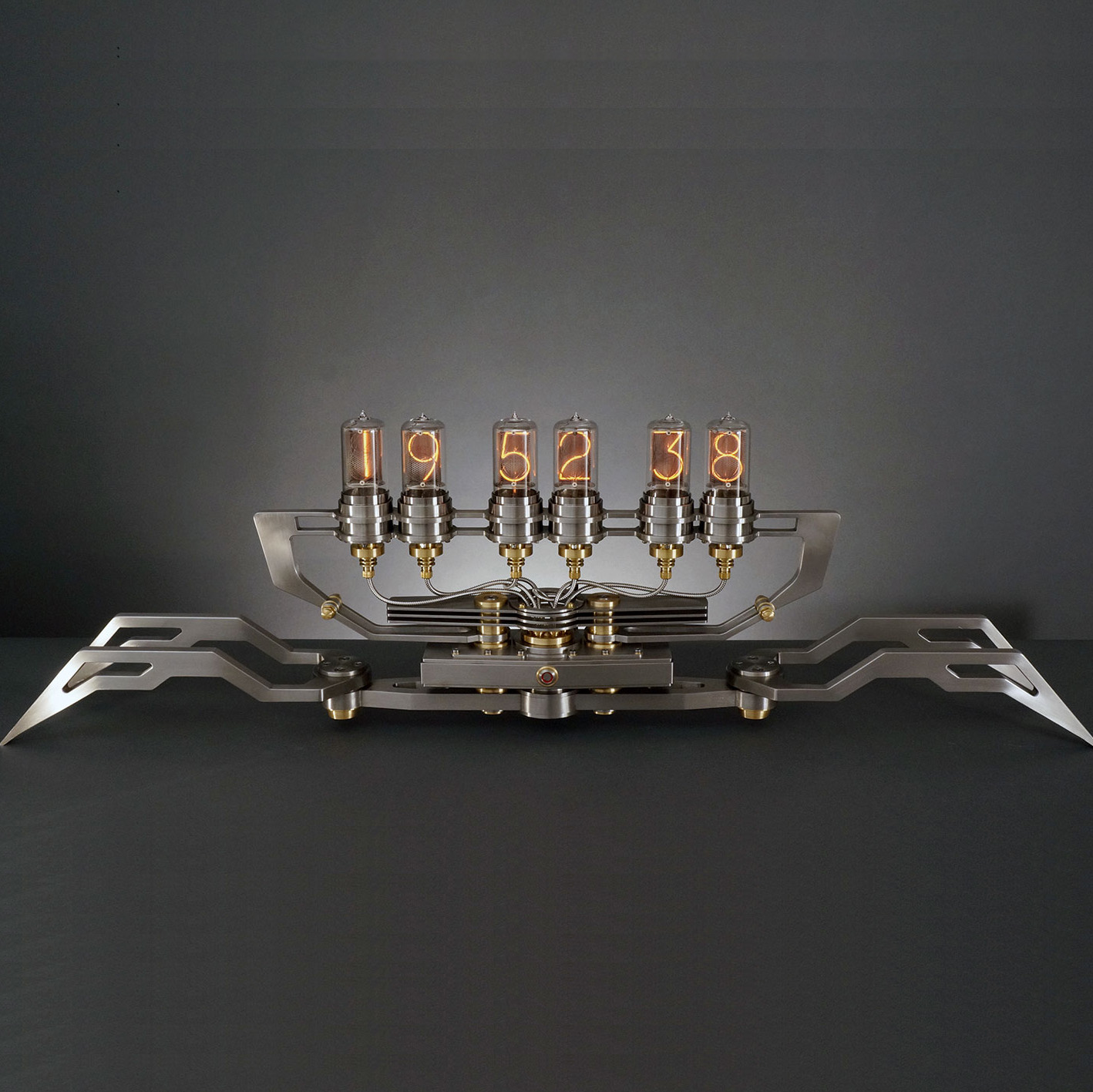 Forget other furniture — this clock will be the only thing you or any guests will look at at home. Handmade from burnished steel and brass, the 1.2metre-long part-industrial-part-steampunk-looking clock sees six Nixie tubes that tell the time. The glass vials are filled with neon gas and are equipped with a cathode that causes the gas to glow orange with an electrical charge. And while it may look retro, this masterpiece is kitted with modern comforts such as Wifi connection to automatically sync with a time signal. 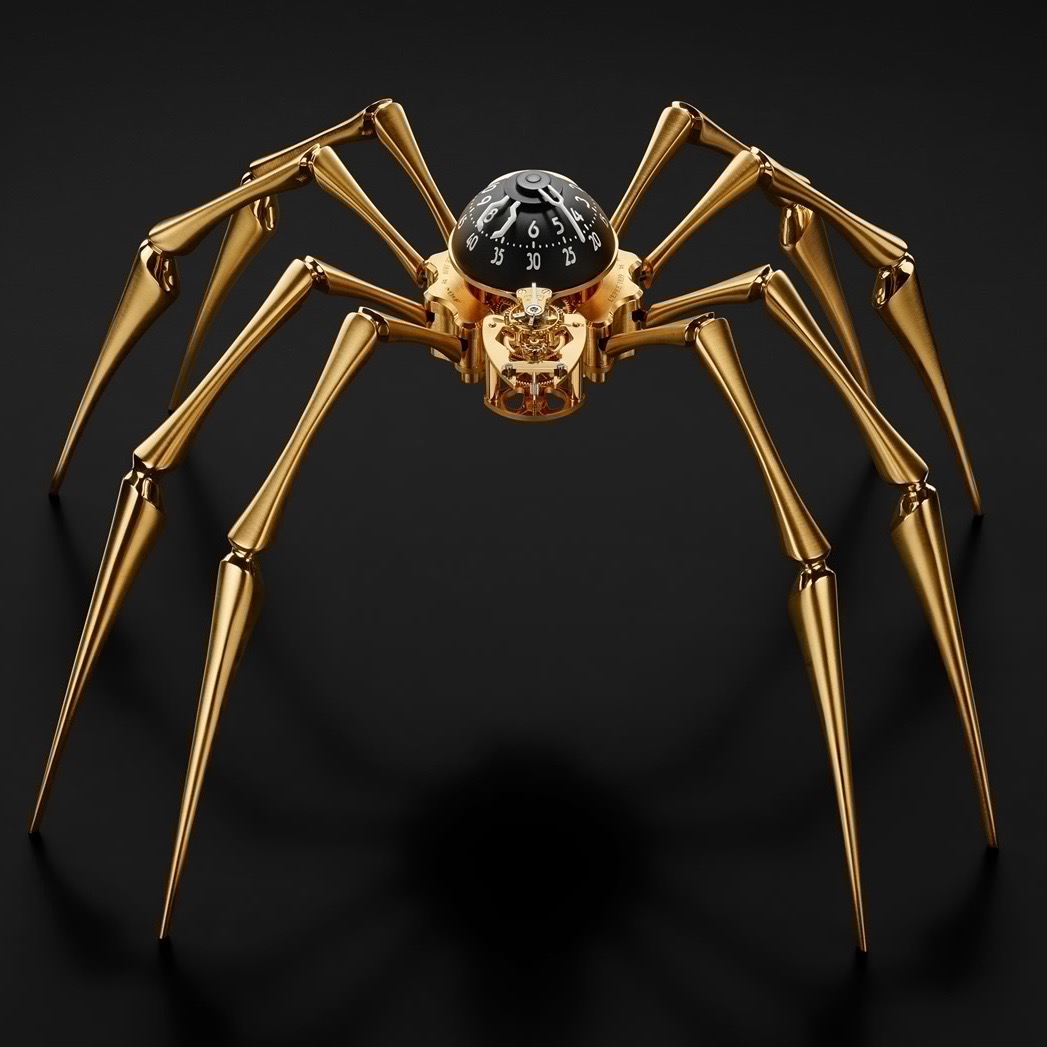 Hanging alarmingly on walls and standing tall on tables, this creation would be classified an abomination had it not been for the fact that it’s so well crafted. Unfortunately, time is kept via the spider’s black domed body, so you’ll have no choice but to go close. The head houses the regulator with the oscillating balance wheel while the mainspring barrel on the other end powers the in-house designed and manufactured L’Epée movement. Depending on how much you want to scare your guests, the legs can be rotated by the ball-and-socket joints so it can be splayed flat or arranged to stand on walls and tables. 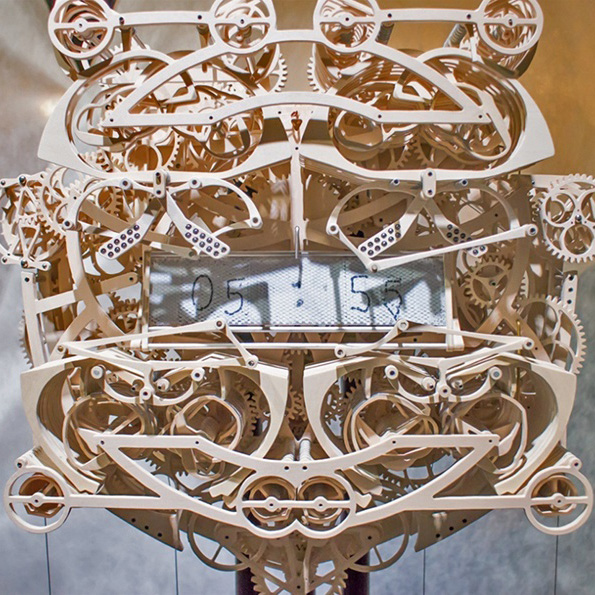 Remember when you had to DIY something to bring to your school fair? Chances are, it looked nothing like this hand-carved wooden automaton clock by Tohoku University of Art and Design student Sizuki Kango. The complicated and exceptionally symmetrical work of art showcases 400 moving parts put together to tell the time with a clock and a writing unit. Yes, the clock writes its own time for every minute in a 24-hour format via mechanical arms. Sure, the mechanical contraption could do with a penmanship class judging from the scribbled numbers but otherwise, this clock — or Plock — puts many clock makers to shame in terms of design and finesse. 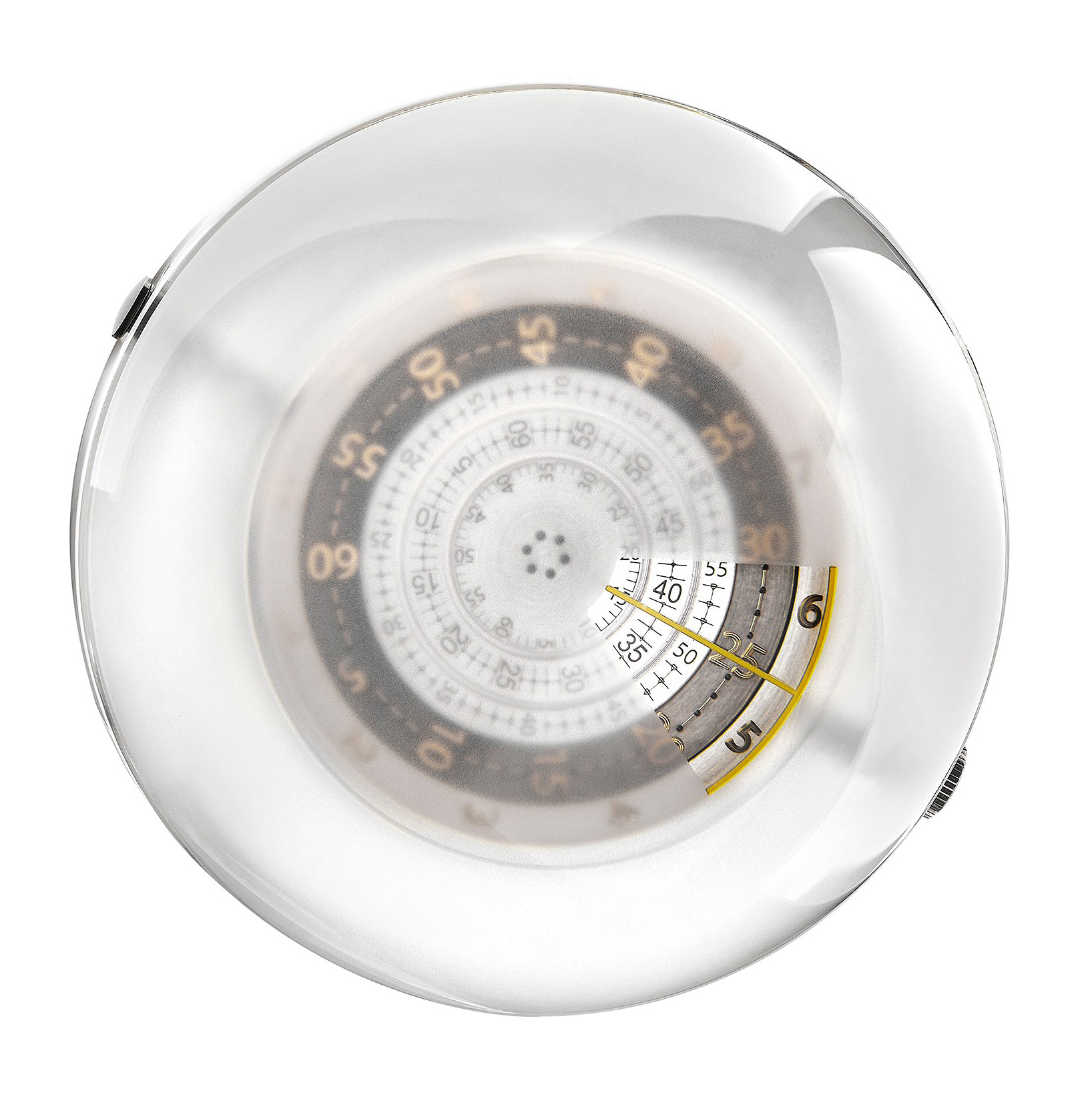 Utilising the world’s most advanced AgenGraphe movement, Carpe Diem is a desk clock and chronograph that doesn’t need hands — it uses five rotating disks that display the time and elapsed time. A collaboration of an ingenious movement by Agenhor and the design students of the Geneva University of Art and Design (HEAD) for Only Watch 2017, the clock sees a transparent ball that magnifies the state-of-the-art chronograph movement, a concept inspired by the vibrant but often ignored minds and personalities of children with Duchenne Muscular Dystrophy.