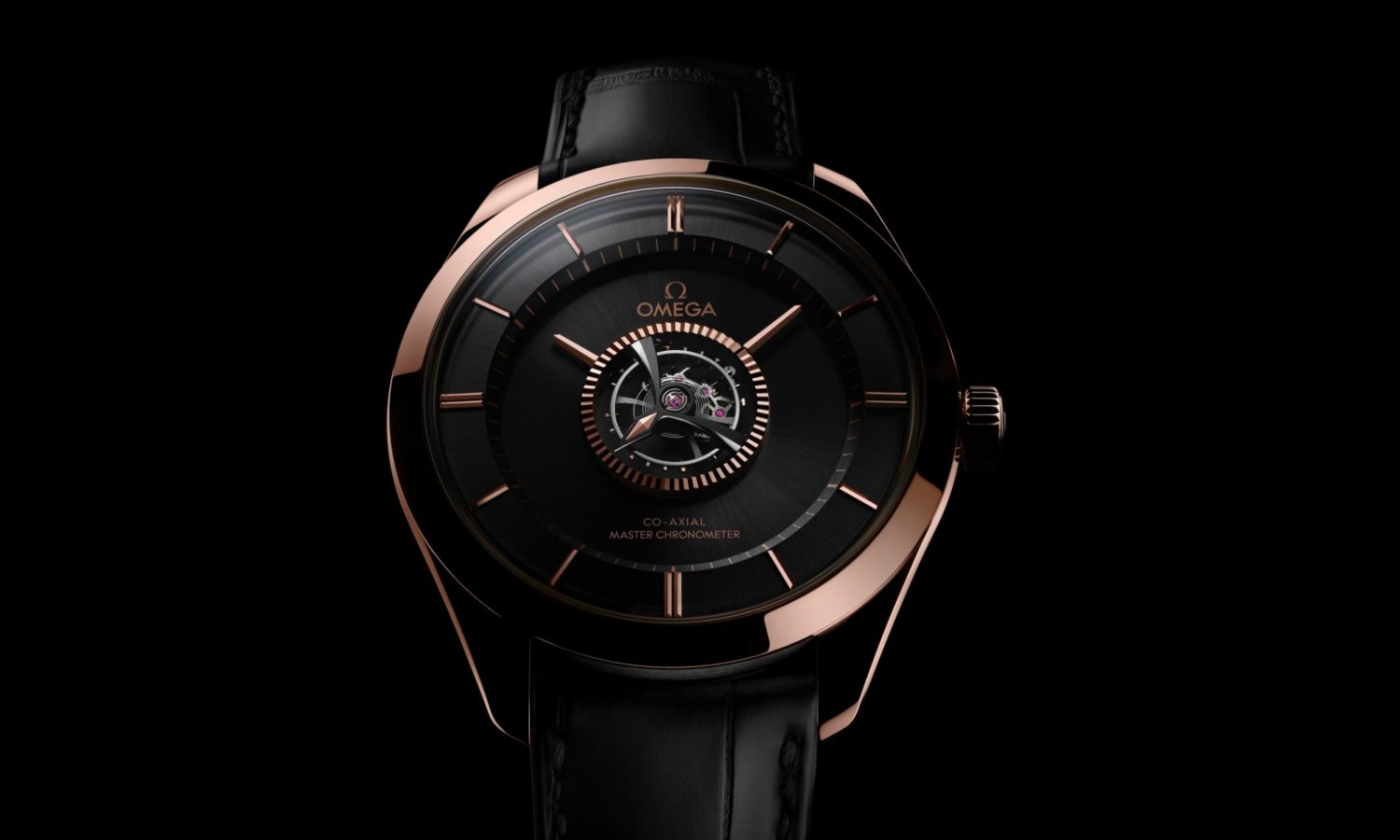 Think Omega and the first thing that comes to mind is the Speedmaster, or one of the many tough, advanced sports and tool watches the brand has come to be known for today.

But beyond the watch that made the moon and James Bond’s accessory-of-choice, Omega also succeeded in breaking industry standards with its tourbillon. The manufacturer made some of the very first generations of tourbillon wristwatches in the 1940s that served to provide more than visual pleasure; they were cutting edge experiments with the aim of offering better chronometry.

Omega never sold these wristwatches — although one hammered at a Phillips auction three years ago for S$2.09 million — but they represented a significant part of Omega’s history that’s contributed to the brand’s know-how in accuracy and precision. 50 years later in 1994, Omega laughed the first self-winding tourbillon wristwatch with a rare centre-mounted cage, and then followed up with the first chronometer-certified wrist tourbillon.

This year, it’s outdone itself once more with the Omega De Ville Central Tourbillon Numbered Edition, the first manual-winding wrist tourbillon that meets the exalted standards of Omega’s in-house Master Chronometer certification. Besides, it’s also capable of resisting magnetic fields of up to at least 15,000 gauss. This means that the watch’s tourbillon escapement can continue its rotation of one revolution per minute even under the influence of magnetic fields the equivalent of being in an MRI machine, which is a pretty big deal considering that even the slightest magnetism is quite a bane for wristwatches.

The 43mm case of this De Ville Tourbillon special combines two precious metal alloys that have become synonymous with the brand. 18K Canopus gold and 18K Sedna gold are used here, a white-gold and rose-gold alloy which lend a brilliant gleam to the watch from every angle. The dial sees a contrasting sun-brushed black PVD finish that’s punctuated by a tourbillon cage in its dead centre, with hand-polished bevels fashioned out of black ceramized titanium.

You might also like…
Style
Q&A: H. Moser & Cie’s CEO Edouard Meylan on staying relevant in a centuries-old game
Style
The complete guide to looking after your luxury watches

Yet the biggest technical problem here was that the watch’s hands — usually mounted on pivots at the centre of the movement — had nowhere to rest upon because of the tourbillon. For this, Omega mounted the hours and minutes indicators on two sapphire disks, giving the impression that they were floating under the tourbillon cage, not unlike Cartier’s mystery clock.

The sapphire caseback reveals the movement’s intricacies, with the plate and bridges of the Co-Axial Master Chronometer Caliber 2640 luxuriously finished in frosted Sedna Gold in keeping with the gilded colour scheme. The watch’s three-day power reserve indicator sits discreetly at the bottom, with a slender hand that glides across as time goes by.

The watch might be numbered, but it’s not limited edition so there’s plenty of time to place an order once it retails for approximately S$232,500 in July 2020. Expect it to come with a black leather strap and packaged in a special presentation box with a travel pouch and a winder.

Style Watches Omega Tourbillon New Watches 2020
Shatricia Nair
Deputy Editor
Shatricia Nair is a motoring, watches, and wellness writer who is perpetually knee-deep in the world of V8s, tourbillons, and the latest fitness trends. She is fuelled by peanut butter and three cups of coffee a day.
Motoring Wellness Watches