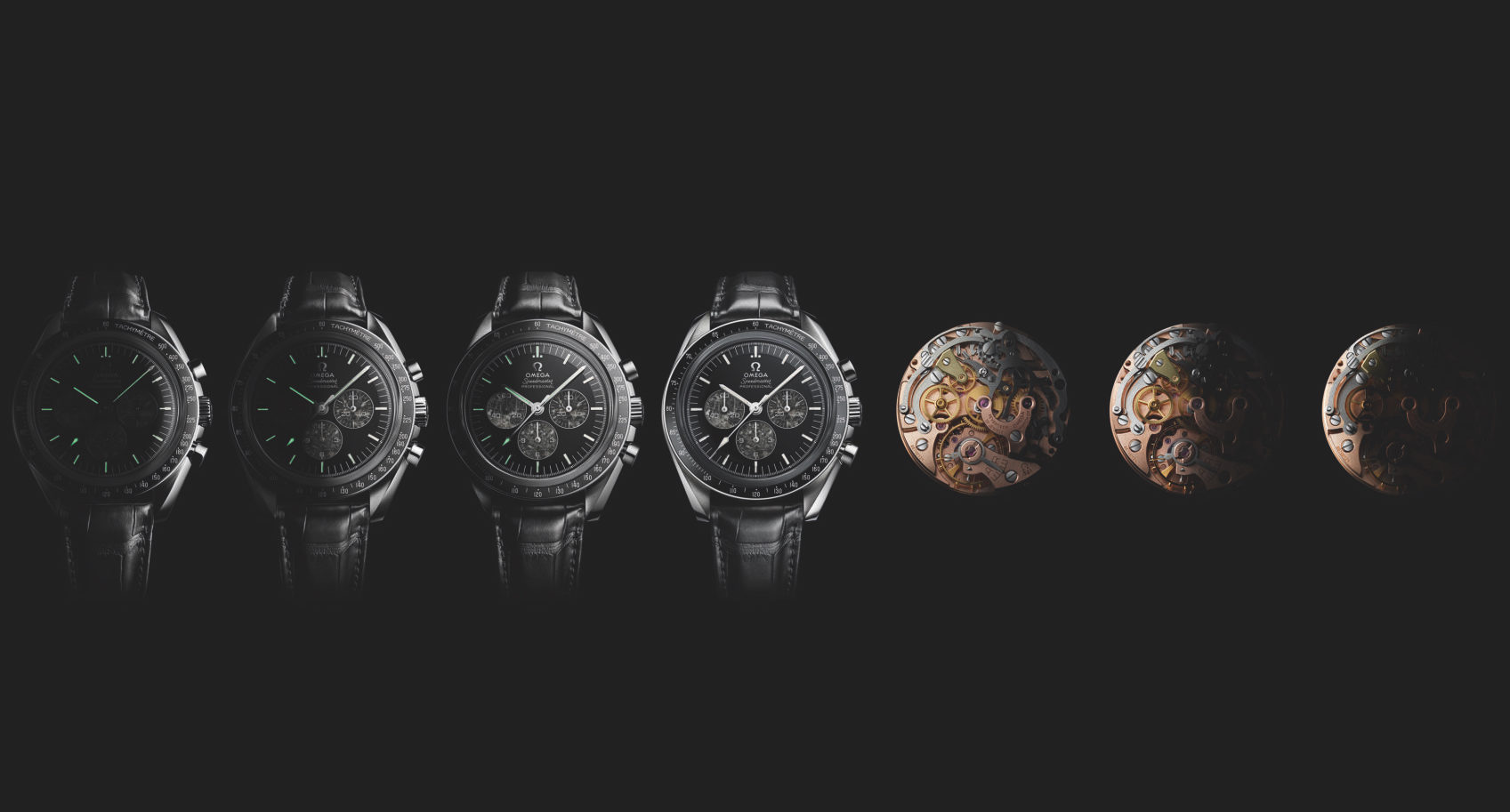 Omega’s new Speedmaster Moonwatch has actual moon meteorite in it

Half a century ago, Neil Armstrong and Buzz Aldrin stepped out from the Apollo 11 Module Eagle to forever make history. The first footprint of man was imprinted on the moon, but so was the first wristwatch to be worn on the lunar surface. The Omega Speedmaster would forever join the annals of history, cementing its reputation as one of the most reliable and hallowed timepieces on the planet.

To celebrate this remarkable milestone 50 years ago, Omega continues the year-long festivities with a new special edition of the iconic “Moonwatch”. Yet this isn’t just another anniversary timepiece; the Omega Speedmaster Moonwatch 321 Platinum is a genuine tribute to our favourite satellite for not only featuring actual bits of the moon, but for also being outfitted with the recently revived Calibre 321.

This particular movement is extra significant here because it’s one of Omega’s most legendary vintage movements, having been the engine behind the first Speedmaster in 1957 and subsequently, several historically significant models including the ones that made it to the moon.

After a hiatus of more than 50 years, Omega’s dedicated team of experts have finally placed it back into production. The two-year process was codenamed “Alaska 11” and conducted in secrecy, harkening back to the 1960s when Omega conducted classified experiments on its watches for NASA.

Here, the one-to-one reproduction of the Calibre 321 requires zero modern technology, and stays true to its roots with neither a Master Chronometer certification nor Co-axial escapement. It’ll run at the same 18,000vph — comparatively slower than modern movements — and be finished with identical gold plating. The architectural gem can be viewed via the sapphire-crystal caseback.

The Calibre 321 remains to be prized by collectors today, but that’s not the only reason why the new Omega Speedmaster Moonwatch 321 Platinum is destined to be a massive hit. Within the 42mm platinum case lies a black polished onyx dial, which becomes the perfect backdrop to three subdials that are crafted from real slices of lunar meteorite. This timepiece is really the closest you’ll ever get to the moon.

Omega also thoughtfully retained the classic Speedmaster Professional “Moonwatch” shape here — twisted lugs and all — so you’ll be hard pressed to find major differences between this and Aldrin’s. The applied indexes and hands are made of 18K white gold and filled with Super-LumiNova, while the Omega logo at 12 o’clock is applied.

A black ceramic bezel with the Speedmaster’s tachymeter scale in white completes the chronograph’s timeless appeal, paired with a luxurious alligator strap for good measure.

While there’s no word yet on the Omega Speedmaster Moonwatch 321 Platinum being a limited edition, it’s almost a given that production of the Calibre 321 will be pretty exclusive. If you seek to carry a real slice of history — and the moon — with you, start placing orders.

Style Timepieces Omega Luxury Watches New Watches 2019
Shatricia Nair
Senior Writer
Shatricia Nair is a motoring, watches, and wellness writer who is perpetually knee-deep in the world of V8s, tourbillons, and the latest fitness trends. She is fuelled by peanut butter and three cups of coffee a day.
Motoring Wellness Watches

Food & Drink
6 artisanal kaya brands in Singapore
Beauty & Grooming
5 new fragrances for men to wear this Spring/Summer 2020
Gear
Street artist Futura 2000 makes the BMW M2 Competition his next masterpiece
Style
Bulgari’s latest high jewellery collection explores the rich heritage of the Middle East
Food & Drink
Thomas Girard of Operation Dagger shares his top bars in Paris
Style
Watch: Burberry Fall/Winter 2020 live from London Fashion Week
Travel
Curio Collection by Hilton will open a new property in Langkawi in 2023
Travel
7 of the most luxurious resorts in Hua Hin, Thailand’s original resort town
Style
How Alexander McQueen predicted fashion as it is today
Sign up for our newsletters to have the latest stories delivered straight to your inbox every week.

These are modern watchmaking’s most luxurious complications