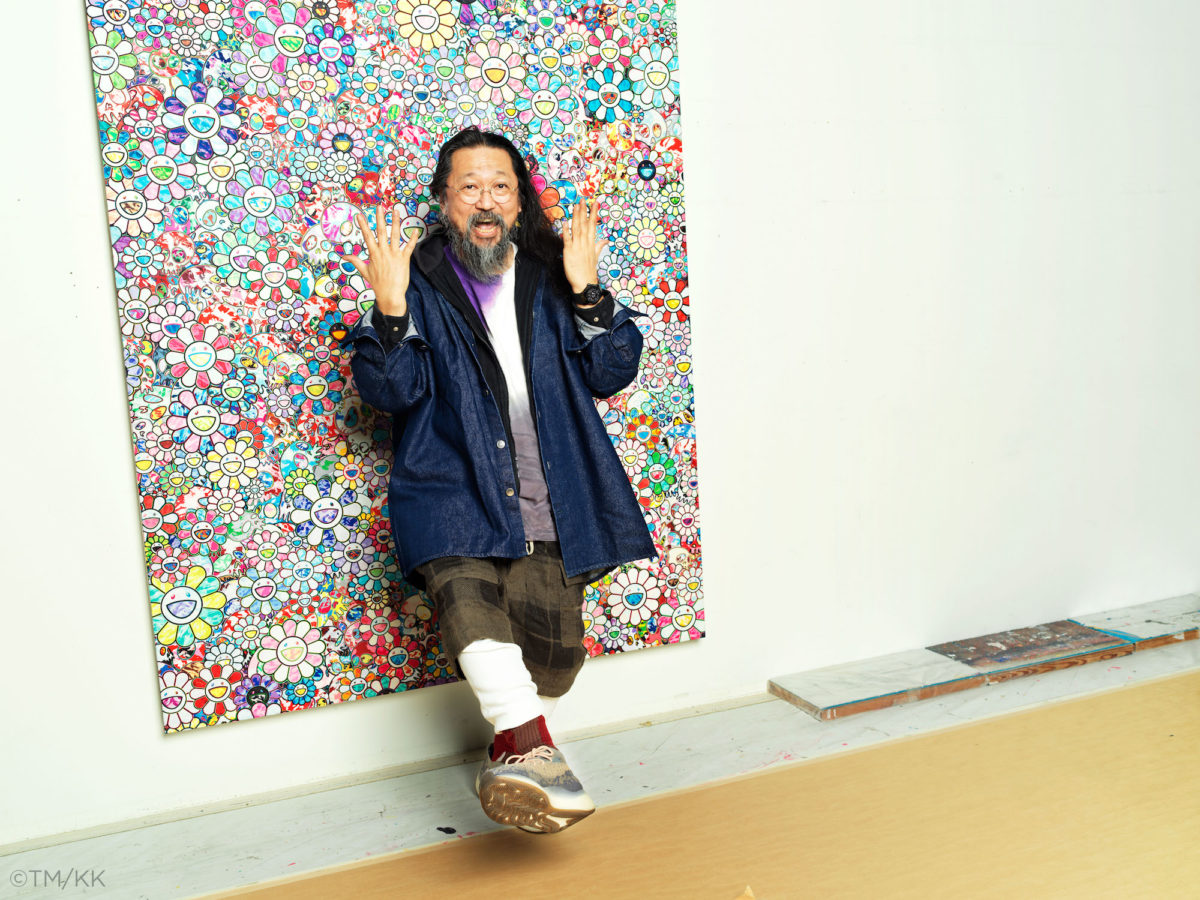 The rest of the world might’ve slowed down but not the horological one.

In fact, we’re only in the first month in and we already have some very important updates to make, the biggest being Patek Philippe’s controversial dropping of one of the most influential timepieces in modern watchmaking.

Still, there’s no time to weep for there are plenty of other new timepieces to get your wrists into. From Takashi Murakami’s pop-y take on a Hublot classic to De Bethune’s dual-faced beauty (for those who can’t decide), here are some of the most important watch updates you’ll need to know this week. As one of the world’s most coveted watches, you’d expect Patek Philippe to continue milking its cash cow for as long as it possibly can. Quite the contrary, because the manufacturer has announce that the Nautilus Ref. 5711/1A-010 — after an illustrious 10-year run — will be discontinued.

With waiting lists that’re said to be as long as the watch’s production run itself and prices of the secondary market now tripled, the coveted stainless steel timepiece will now be even more impossible for mere mortals to attain.

The Gerald Genta-designed, blue-dialled watch is about as simple as a three-hander with date gets, but has garnered an insatiable appetite amongst collectors as one of the most iconic watches of the 20th century. There’s still some good news though; the rose-gold version will still be available and hopefully, new iterations from the brand in the coming months. 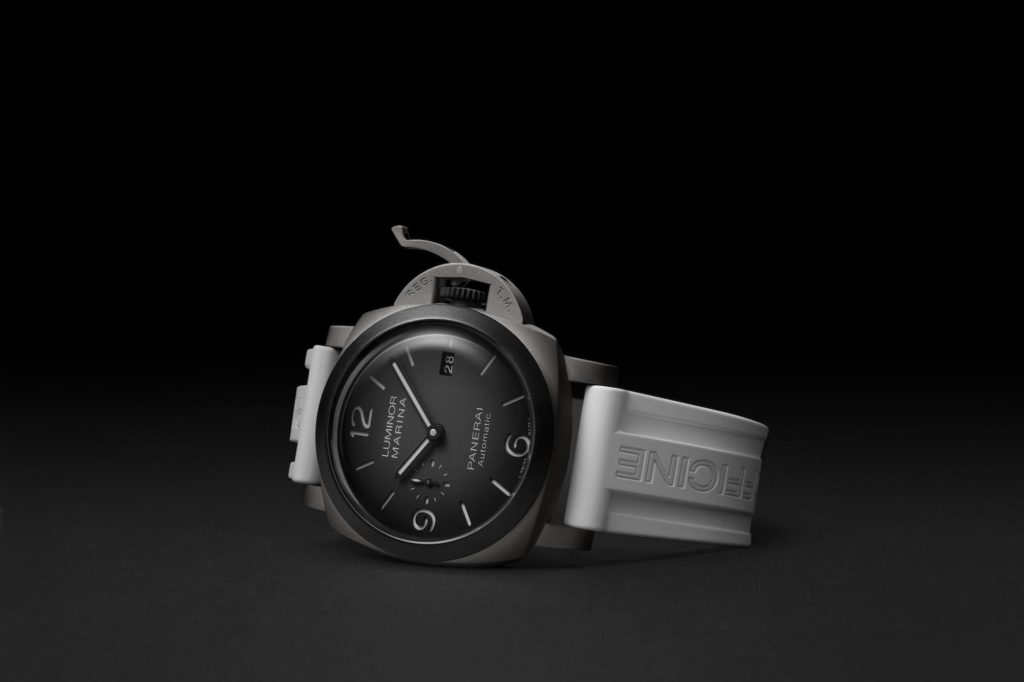 What better way to celebrate the 70th anniversary of Panerai’s famous dive watch than with one of the most decorated divers in history. Designed in collaboration with its ambassador and pro-free diver Guillaume Néry, this Luminor Marina 44mm is a 70-piece limited edition timepiece with a case formed via a 3D printing process called Direct Metal Laser Sintering (DMLS). This futuristic process — the brainchild of Panerai’s Laboratorio di Idee — allows the interior of the case to be hollowed out, making it incredibly light and resilient.

The watch is otherwise a departure from the usual dive watch with its all-black facade, but still promises the same legibility 300m below the ocean thanks to the brand’s patented tritium-based green lume on the hours and seconds markers. The in-house Caliber P.9010 runs the show within the 44mm timepiece, with a three-day power reserve and a quick adjustment function that’s connected to the date indicator and allows the easy adjustment of time in increments of one hour.

An additional white leather strap is included and it’ll be the first to feature luminescent personalization. Expect the limited edition watch to come with a screwdriver (to change the straps), a recycled plastic box and the brand’s new extensive 70-year-long warranty. 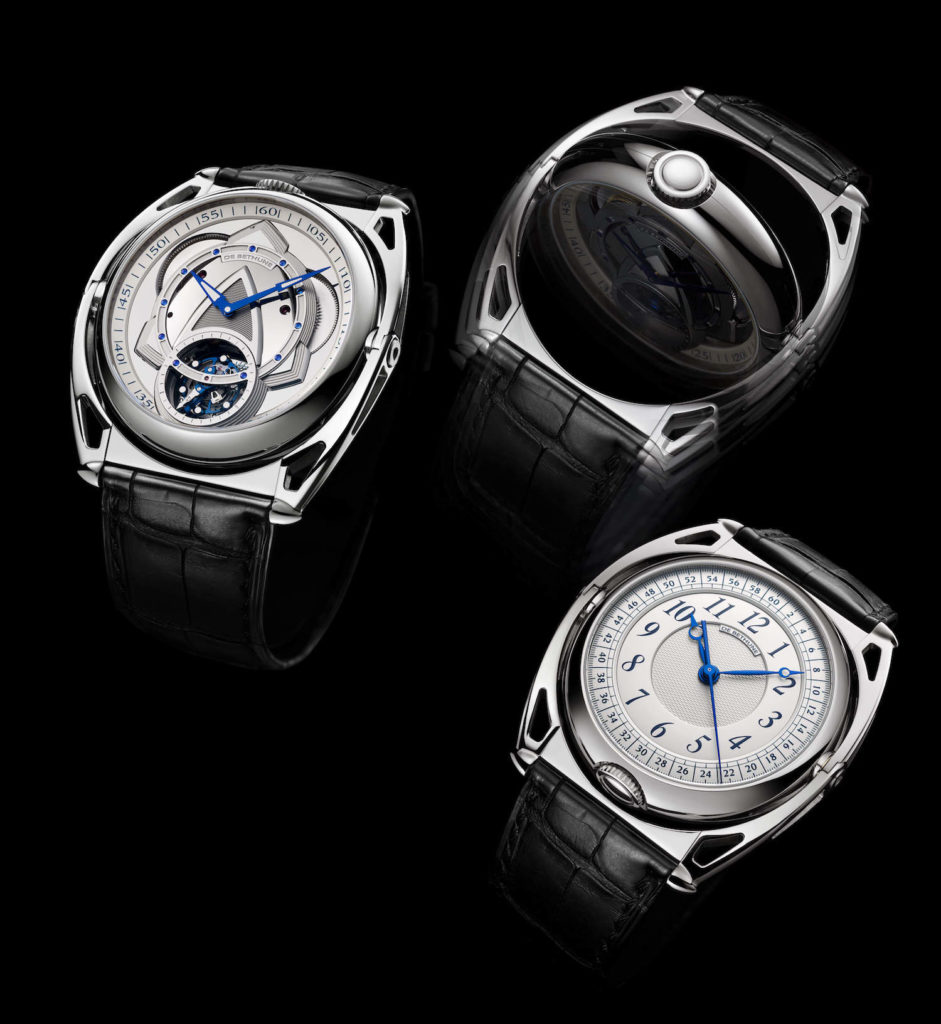 Can’t decide between futuristic or classic? De Bethune eliminates the stress of choosing, the only caveat being you’ll have to be one of the 10 people fortunate enough to acquire its latest timepiece.

The DB Kind of Two Tourbillon comes with two distinct faces, one reflective of the watchmaker’s experimental nature while the other, an elegant classical take. The former sports a symmetrical deltoid-shaped bridge at its center, with a tourbillon at six o’clock, but swivel the case on its central axis and you’ll get a hand-guillochéd dial surrounded by Arabic numerals — the same ones used on the DB8 and DB10 models.

The mechanical feat sees a single crown — which appears at 12 o’clock on the contemporary face and at six on the traditional side — that’s shared by both for winding and time-setting. Furthermore, to ensure the hands on each side are turned in the right direction on both faces, De Bethune had to develop an entirely new movement— the Calibre DB2579 — for the 42.8mm titanium timepiece, which is equipped with several patented innovations.

Breitling takes on khaki green for its latest pilot watch 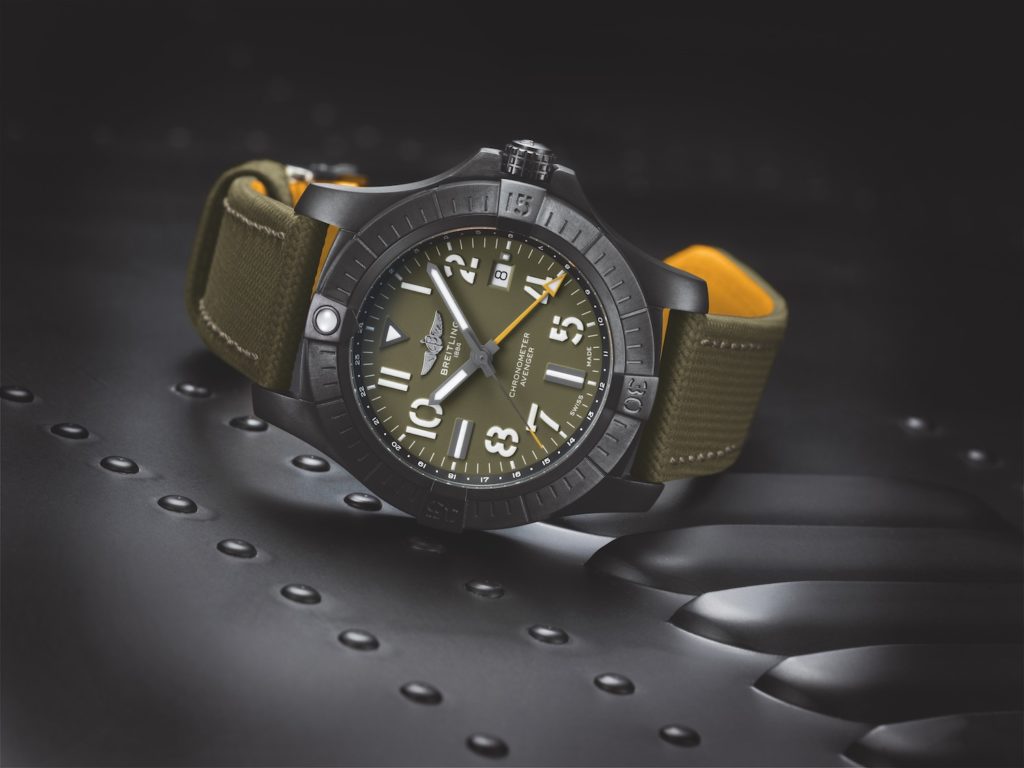 Besides being a colour closely related to the military, khaki green was also selected here to symbolise hope, luck, and resilience — three feel-good qualities the watchmaker hopes to share in 2021. In creating a watch that could live up to its name of being a high-precision tool for the skies, Breitling’s khaki-green dial sees highly legible Arabic numerals (inspired by the stencilled numbers on aircraft carrier decks), and a rugged bezel that allows for easy adjustments even with gloves.

The dial is then framed by a 45mm DLC-coated titanium case, and paired with a khaki-green military leather strap in keeping with the stealthy look. 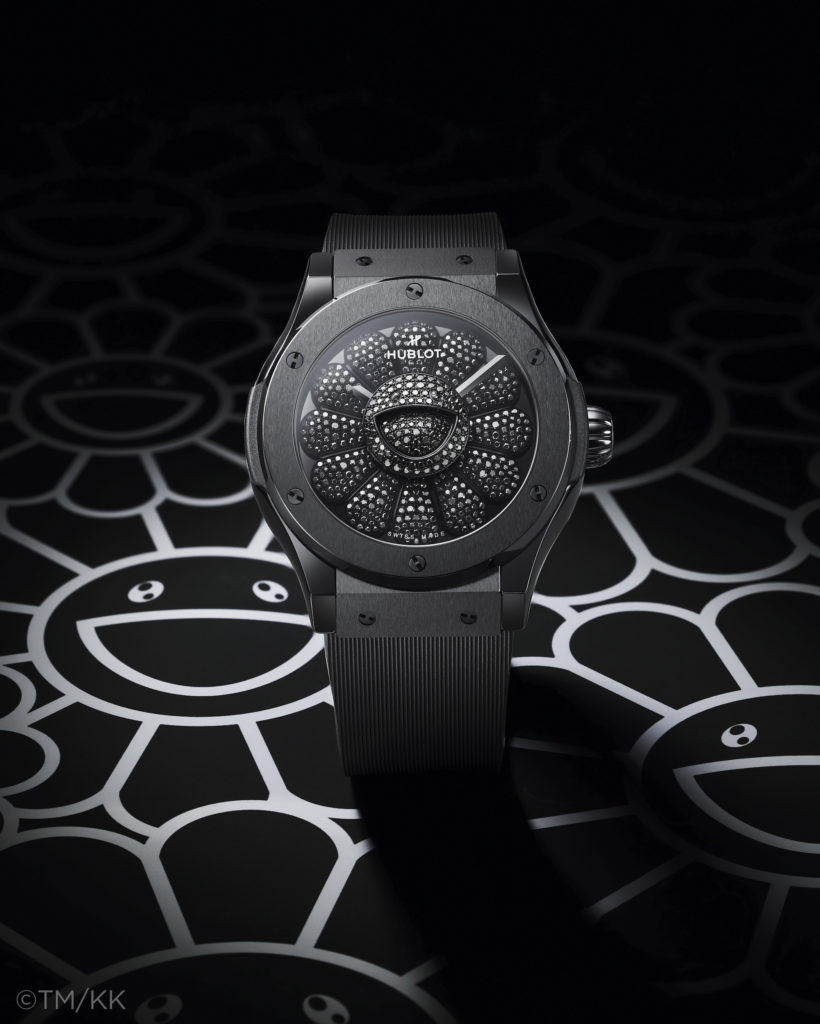 You’ll recognise his smiling flower anywhere in all its technicolour glory, but Takashi Murakami has taken a dark turn for Hublot this year by rendering his famous icon black instead. In continuing its dynamic relationship with art and artists, Hublot has drawn upon the creative spirit of the Japanese contemporary artist to reimagine its own icon too: The Classic Fusion.

Here, the watch sees the fixed central ‘face’ mounted onto the watch’s sapphire glass, creating a three-dimensional effect while the 12 petals behind form a spinning dial. The display is made all the more brilliant with the 563 black diamonds that encrust it.

Inside, the Hublot Hublot manufacture automatic UNICO movement with 72-hour power reserve powers the stunning 200-example timepiece, which will no doubt be one of the most collectible and sought-after timepieces amongst art and watch enthusiasts this year.