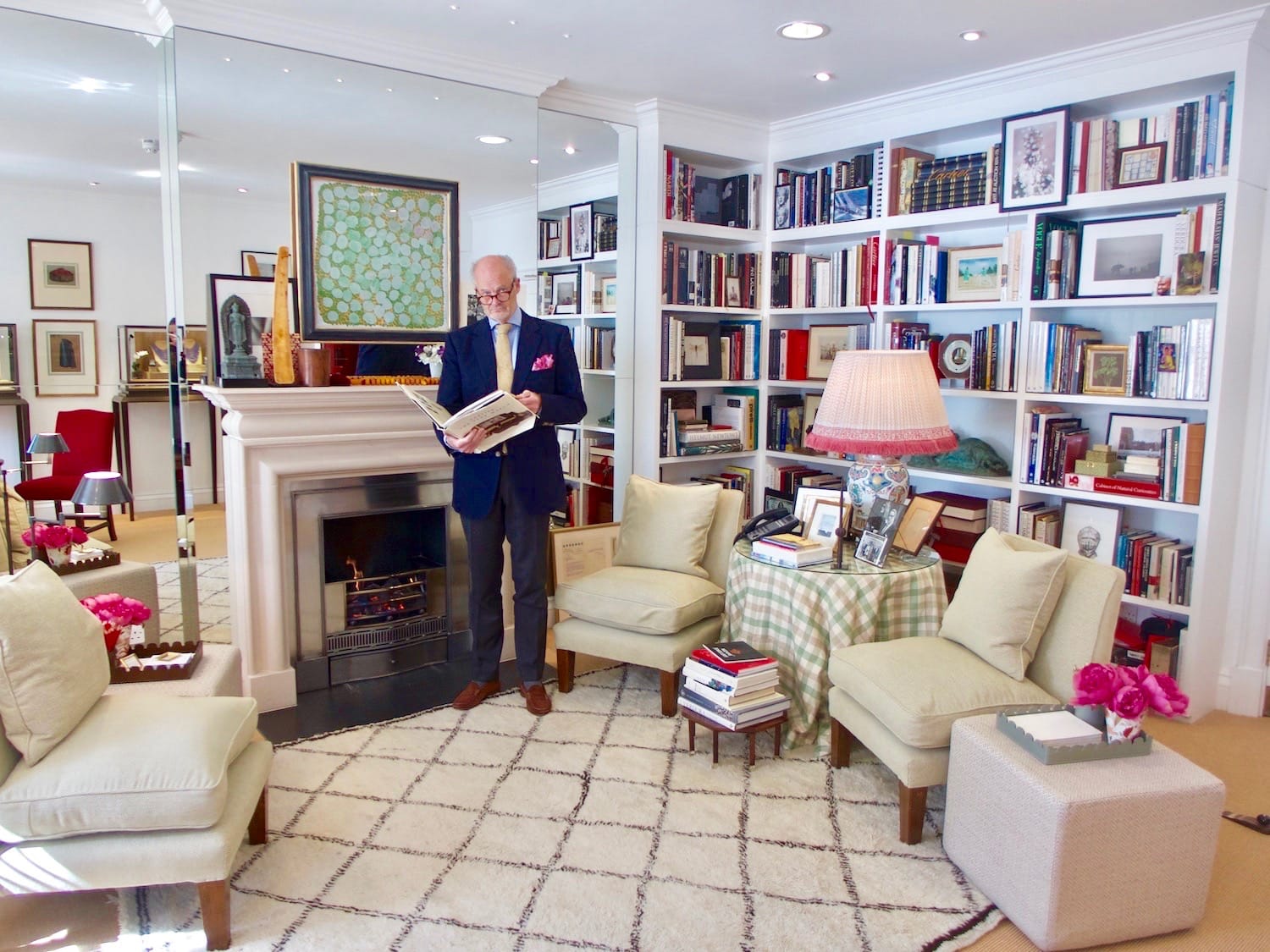 Q&A: Watch dealer Harry Fane on his fascination with Cartier Tanks and the magic of collecting

Style
Q&A: Watch dealer Harry Fane on his fascination with Cartier Tanks and the magic of collecting
Share this article
Next article

The über-trendy Dover Street Market Singapore might seem like an unlikely place for a regal display of vintage Cartier watches, but each of Harry Fane’s 31 extremely rare Tanks didn’t look a touch out place next to the displays of Comme des Garçons and Gucci. Such is the beauty and ingenuity of the Cartier Tank — a watch that might’ve been created by Louis Cartier in 1917, but still holds the same modernity and timelessness even today.

At the forefront of this exhibition is Fane, a very dapper British collector who has been recognised far and wide in the community — and by Cartier — for his absolute dedication to the timepiece. What started off as a business dealing in contemporary American Art has since evolved into 20th century objets d’art, and he has a private gallery in London, Obsidian, to show for it.

Style
In the loupe: Cartier Crash, the horological world’s most defiant timepiece

These works of art, while initially non-specific, soon became a niche exploration into Cartier and its great creations — watches and jewellery. That passion soon too narrowed down to the iconic Cartier Tank watch, and his incredible in-depth knowledge of the watch — complete with thrilling nuggets of little-known facts — made it apparent that his fascination hasn’t dwindled despite being in the business of dealing and collecting for 31 years.

Here in Singapore to show off his full collection (that will also be sold exclusively at DSM Singapore) from 9th to 30th May, Fane gives us a rare insight into his passion for the watch, the one Tank that got away, and tips for beginners looking to start their own collection.

You started off with a passion for art, when and how did that evolve to watches?

It was a very natural progression. My passion for art was centred on the history and vintage pieces made by the famous jeweller Cartier from 1905 onwards, and naturally this incorporated watches. However, my real focus on watches started about seven or eight years ago when I started making a real study of them, including their production and various models.

Why is the Cartier Tank watch so fascinating for you?

With Cartier it was always form over function. Louis Cartier wanted to design an elegant wristwatch which would be worn with pride at a time when wristwatches were a very new phenomena. He wasn’t interested in the actual mechanics. His only requirements were for movements to be small enough to fit into the timepieces he had in mind. Edmond Jaeger then designed a movement thin enough and these were then manufactured by the LeCoultre workshop in Switzerland. They are robust but fundamentally simple movements, albeit at the time considered very small, and therefore quite remarkable.

How many Tanks have you amassed throughout your years as a collector?

I have never kept count but at one time or another I must have owned over 200. At present I own about 45 Tanks.

Are there any particular models that you’re more drawn towards than the rest?

Not really; it used to be said that “a Tank is a Tank is a Tank”. Once you like the Tank then you are sort of hooked. Every single model has characteristics and quirks which make it unique, but the fundamentals are very much the same in every variation.

Which was the hardest Tank for you to get a hold of, and how did you manage it?

They are all hard to find. There are certain models which are more so than the others, but Tank watches were all made in very limited numbers — with no more than about 2,200 in all — so they are extremely rare. However, the older the models (i.e watches from the 1920s and 30s) are obviously very difficult to find. You can’t even search for them; you just have to sort of wait until one turns up and then grab it before anyone else does!

Yes, an Asymmetric Tank from the 1930s. I have ever only owned one and stupidly sold it without realising it was an impossible model to find again. That, and a 1925 platinum Cintreé. Now that would be a find!

And is there one from your current collection that you’d never sell?

Never is a long time, but I do have favourites! Presently that’s the 1924 Tank Normale, and this a version of the first Tank watch that was made five years after the model was first introduced.

Are there any little known facts about the Cartier Tank that many people don’t know about?

Oh, a million! The romantic story is the one about how the first Cartier wristwatch was born. In 1904 or 1905, Louis Cartier’s friend, the pioneering aviator Alberto Santos Dumont, said he had a problem telling the time whilst flying his rickety aircraft. This was a time when people only used pocket watches. Louis Cartier reputedly pulled his pocket watch out of his waistcoat and strapped it to Santos-Dumont’s wrist and presto — the wristwatch was created. Whether true or not, this is still a great story. The Tank arrived 12 years later and became one of the most recognisable icons of the 20th Century.

Any tips for beginners looking to start a collection of their own?

1) Buy only what you love and don’t be swayed by science or be dazzled by facts and figures.
2) Buy from a reputable source who will always be there in case of issues.
3) Do your research and study a little. It is as much an investment as it is a wristwatch.
4) Try and purchase Cartier watches pre-1960 before mechanisation was introduced to the development process.

5) And look after your old watch. It will be become a beloved friend which one day may be handed down to a son or daughter who will cherish the memories associated with it.

Style Watches Luxury Timepieces watch collector cartier tank Harry Fane
Shatricia Nair
Shatricia Nair is a motoring, watches, and wellness writer who is perpetually knee-deep in the world of V8s, tourbillons, and the latest fitness trends. She is fuelled by peanut butter and three cups of coffee a day.
Motoring Wellness Watches