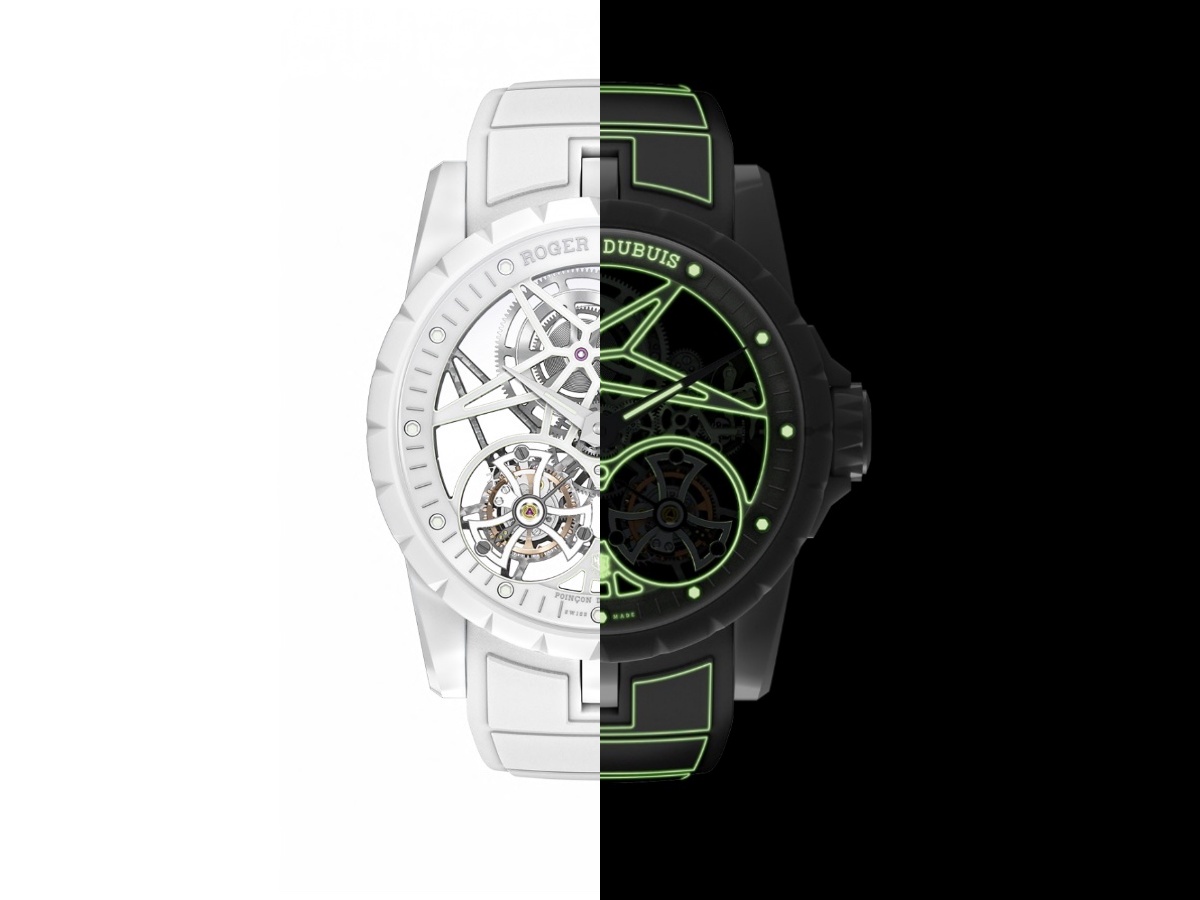 Roger Dubuis is many things but being subtle about its capabilities is not one.

The Swiss watch manufacturer might’ve only been founded in 1995, but it’s been consistently championing and exalting haute horlogerie with audacious creations. After all, doubling up (with tourbillons) has been known to be one of its strongest suits, as are skeletonising and not playing by the traditional rules of watchmaking in general. This time, it’s outdone even itself with the Double Flying Tourbillon Excalibur Twofold Watch, featuring not one, but three world premieres within its 45mm frame.

Originally set to be launched later this month at the now-cancelled Watches & Wonders Geneva, the limited edition timepiece — only eight will be made — riffs on the firm’s iconic double flying tourbillon. In the day, this timepiece is a futuristic white wristwatch that isn’t shy to let the light through. By night, it morphs into an electric masterpiece that looks straight out of Tron.

Roger Dubuis has never been shy with experimentation. The new model’s bezel and case are crafted out of a custom-developed Mineral Composite Fibre (MCF), an ultra-white composite material that’s made of 99.95 percent silica. A patented luminescent paint then had to be added to the angles of the RD01SQ movement to make them glow 60 percent longer than traditional lume at night.

The night light treatment continues onto the Excalibur Twofold’s fluorocarbon rubber strap, which contains strips of LumiSuperBiwiNova so everything glows in equally epic proportions. Even the prestigious Poinçon de Genève hallmark glows, so nothing is really left to the imagination.

But innovation is another word for expensive, so expect to pay a pretty penny for this — close to S$400,000 to be exact. Who knew being able to see your watch at night would cost this much?

Style Watches Luxury Timepieces Limited Edition Roger Dubuis
Shatricia Nair
Senior Writer
Shatricia Nair is a motoring, watches, and wellness writer who is perpetually knee-deep in the world of V8s, tourbillons, and the latest fitness trends. She is fuelled by peanut butter and three cups of coffee a day.
Motoring Wellness Watches