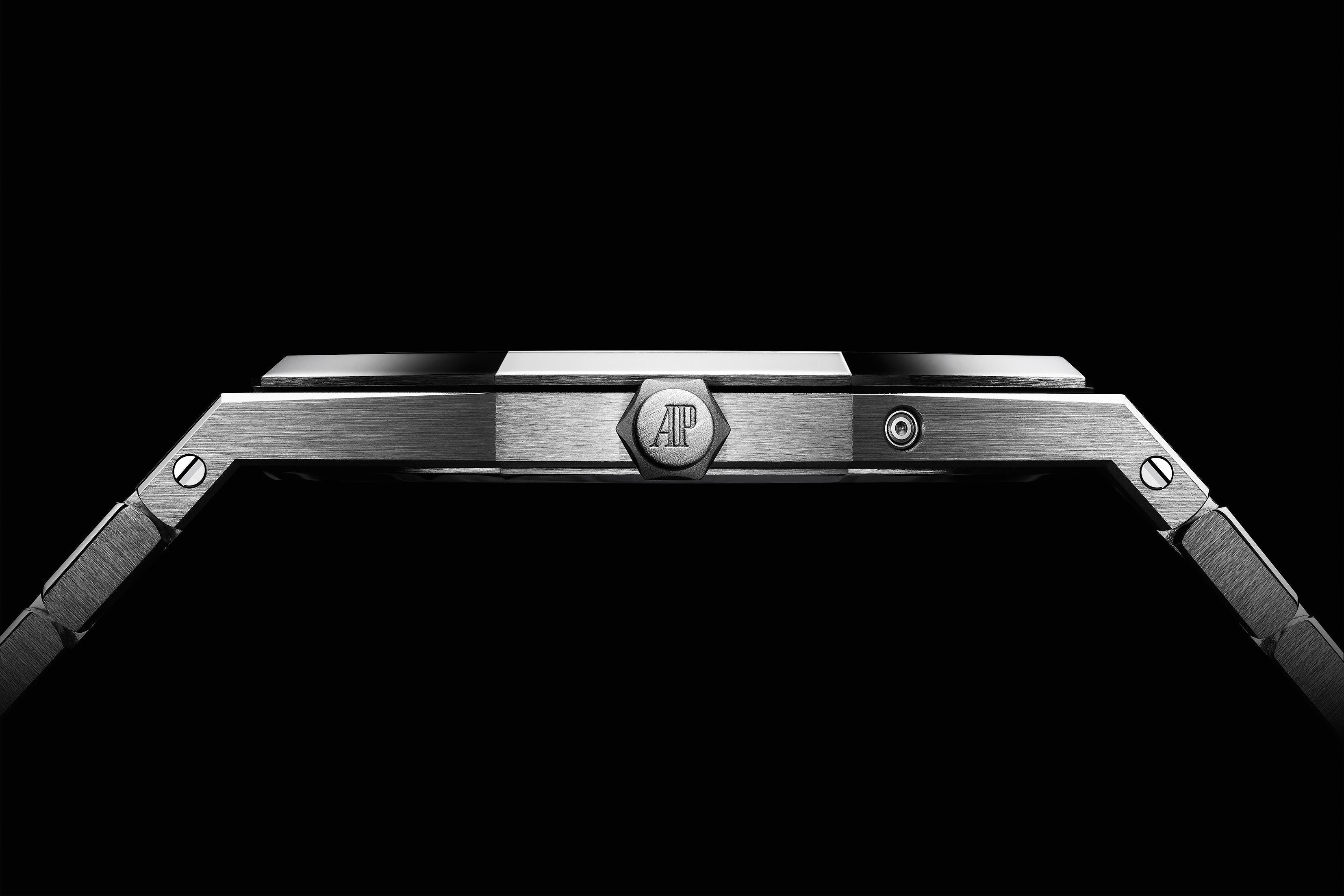 It’s an open secret that despite producing a wide range of timepieces that are respectable, every watchmaker has a different specialty. Rolex, for example, takes top spot for its dive watches, Patek Philippe for its chronograph-perpetual calendars, and IWC for its pilot’s watches. Audemars Piguet claims victory for perpetual calendar excellence, and in a grand show of its expertise, has revealed the world’s thinnest automatic perpetual calendar in the world: the Audemars Piguet Royal Oak RD#2 Perpetual Calendar Ultra-Thin.

If there was a watch brand that could pull off this exciting feat, it would be Audemars Piguet. After all, the 143-year-old manufacturer has arguably the most illustrious history with the complication — its first pocket watch with a calendar function surfaced as early as 1875, and the first wristwatch in 1957. Decades of dedicated research and development on the perpetual calendar is one reason why it remains a distinguished house that’s still helmed by its founding family.

This may all sound extremely stoic and frankly, quite repetitive — legacy watch brands are dime a dozen, after all — but Audemars Piguet constantly makes the news for innovation because it knows it can’t rest on its laurels. Which is why they’ve pulled yet another stunner. Fresh off the drawing board and recently unveiled at SIHH 2018 is the Royal Oak RD#2 Perpetual Calendar Ultra-Thin, and it’s going to be hard to beat.

While it’s only an AP Research & Development piece, it’s still a major breakthrough. As the slimmest of its kind in the world, the new in-house manufactured 5133 movement is unfathomably svelte at only 2.89mm thin, considering the degree of complication. The entire timepiece is a 6.3mm wedge, a cool 1.8mm and 3.5mm thinner than the Royal Oak Extra Thin and Royal Oak Self-Winding respectively.

Using the calibre 2120 as a base — the thinnest full rotor automatic movement in production since 1967— the calibre 5133 churns away with 0.16mm to spare. It took five years of intensive research and development to develop this single-level architecture. Instead of placing all the perpetual calendar parts on top of the movement, they’re now fully integrated within the base of the movement, alongside the self-winding module.

The iconic Royal Oak case wasn’t spared a little nip and tuck either — the new 950 platinum version has only two levels of indications — one for the QP indications, and another for hours and minutes. The blue dial is adorned with the signature “Grande Tapisserie” guilloche, a faithful tribute to its all its predecessors.