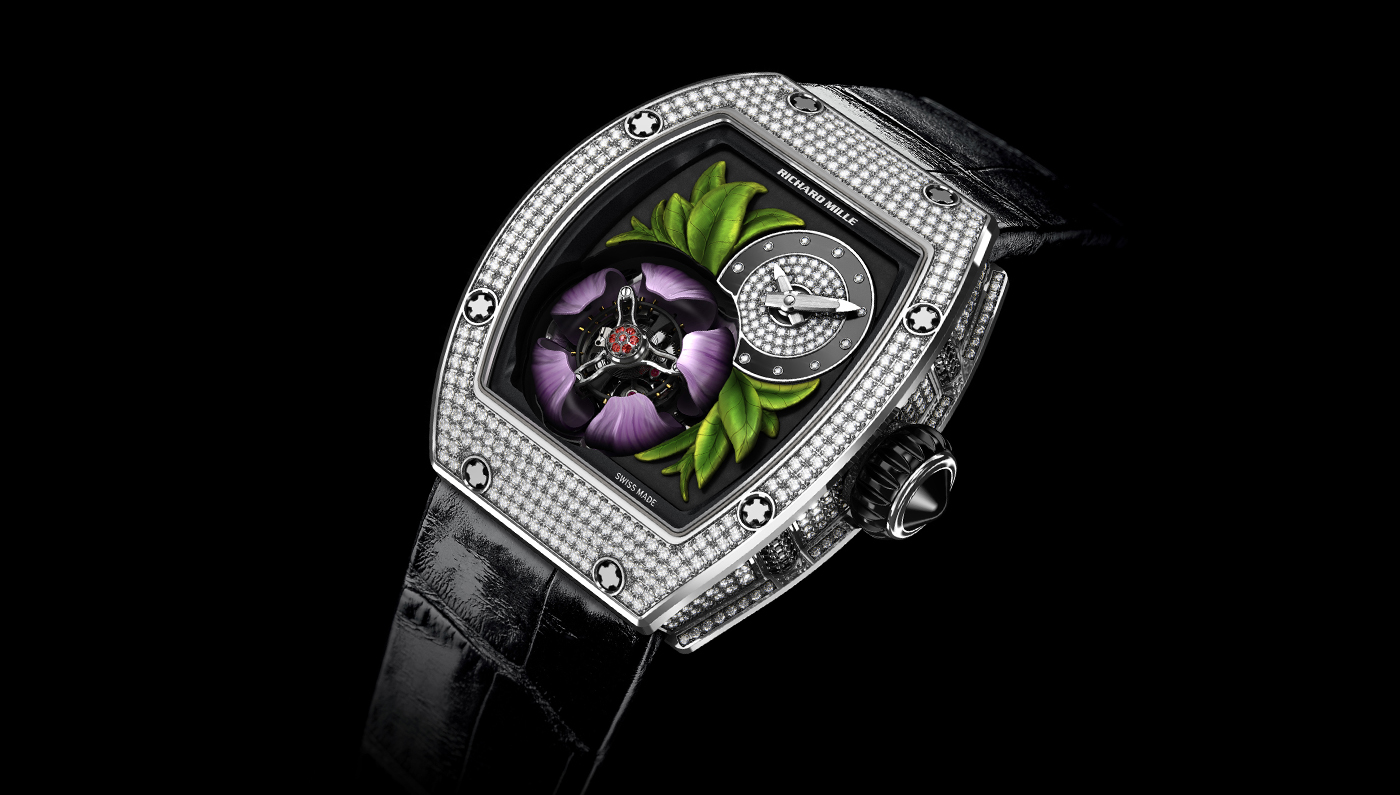 If there’s one thing that’s changed drastically in the world of horology, it’s the concept of timekeeping for women. When it was considered rude and unbecoming for ladies to check the time back in the 19th century, they rebelled by commissioning secret watches that looked like jewellery, which gave them access to the otherwise manly responsibility. That spirit of boldness has obviously multiplied over the years, because not only are they not hiding their watches now, their desire for those that rival men’s are getting more explicit, as seen in these five ladies’ tourbillon watches.

While tourbillons have become more an aesthetic experience than a functional one, the complication remains intriguing, and watchmakers have found a way to cater to the fairer sex without compromising on glamour. Unlike the usual collection of stoic cases and minimalistic dials, precious gems are often applied to ladies’ tourbillon watches, alongside artisanal craftsmanship such as fine enamelling or hand-painting.

Richard Mille has both grounds covered on that end with its nature-inspired piece. Built within a gem encrusted case and hidden within the confines of a exquisitely painted magnolia lies a tourbillon that mimics nature with its movement. Meanwhile, Chopard and Girard-Perregaux has also transformed its most recognisable models to accommodate the complication.

Here, we’ve rounded up five of the best (and most glitzy) ladies’ tourbillon watches to add to your collection. 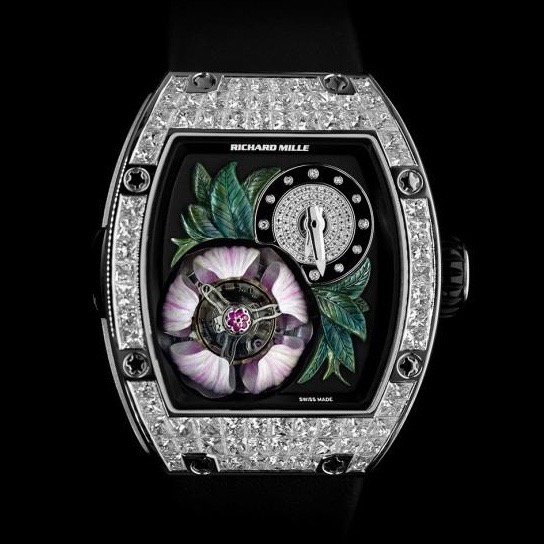 Richard Mille might be famous for its intimidating skeletonised pieces, but it also knows a thing or two about creating complication watches the ladies want. While most brands let their tourbillon do the talking, the technical marvel here is framed by a hand-painted magnolia in bloom, which opens every five minutes or on demand via a black onyx pusher to reveal the beating heart of the timepiece. The tourbillon then rises about a millimetre up out of the movement on its ruby-set stamen, a mimicry of flowers arching upward toward the sun to increase its odds of pollination. In making full use of the classic tonneau case shape, the bezel is completely embellished with diamonds and black sapphires. Inside the 45.4mm watch is a hand-wound calibre with a 36-hour power reserve. 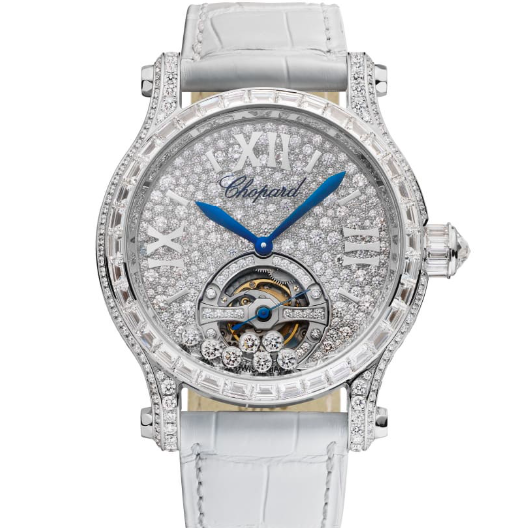 Like Richard Mille, Chopard knows that the way to a woman’s heart is through diamonds — and plenty of them. Though generously encrusted with more than nine carats of white diamonds, the highlight of this Happy Sport has to be the exposed tourbillon at the 6 o’clock position. The COSC chronometer-certified timepiece is powered by the respectable L.U.C. 02.16-L mechanical tourbillon movement, which also has a diamond-set bridge. If you felt like it could do with even more diamonds, seven of Chopard’s famous moving diamonds dance freely within to create a dazzling play of light. 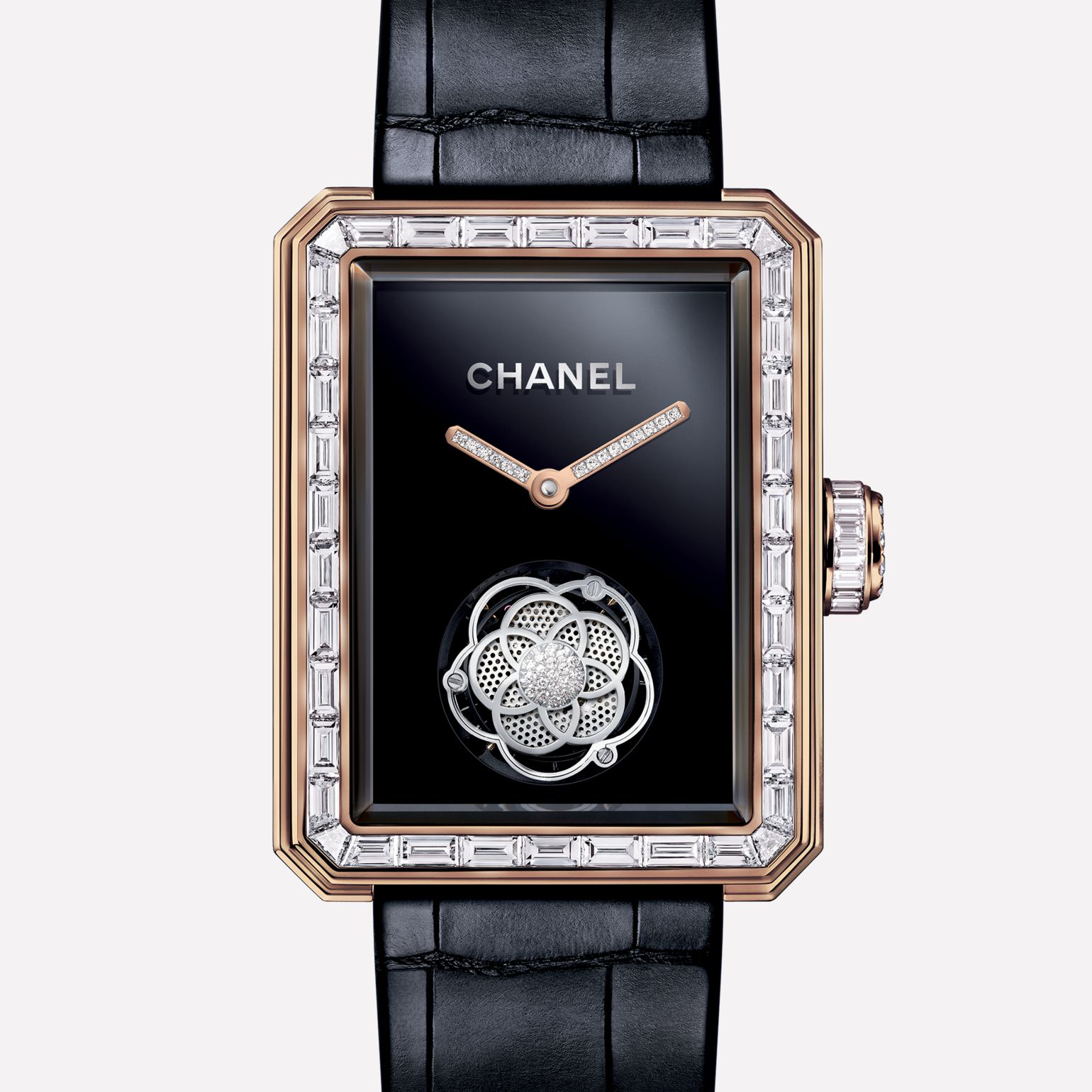 Fashion’s long had a thing for Chanel’s Place Vendôme-inspired octagonal geometry, so what better way to continue the love affair by applying it to their Première watches. Now, the Maison has also housed an exceptional flying tourbillon within. Decorated with a camellia motif — a Mademoiselle Chanel tribute — and sat within plain sight on the minimalistic dial, the complication sees a delicate floral design that’s created with interlocked petals. Of course, expect a lot of baguette-cut diamonds within the 18K beige gold bezel, one of its most sophisticated versions thus far. 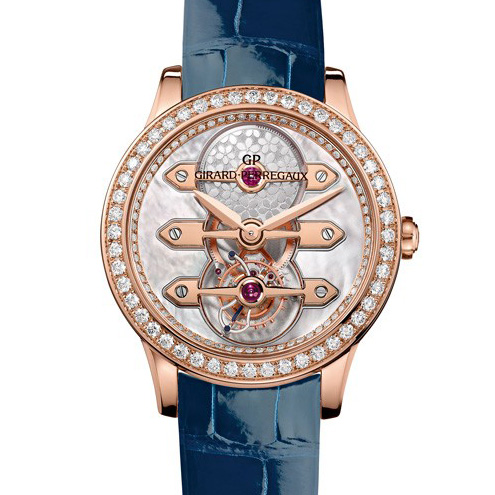 Girard-Perregaux wasn’t going to let the gentlemen have all the fun. As one of its most profiled models, the Tourbillon with three gold Bridges also comes in a ladies’ version, complete with more than 1.8 carats of diamonds and perfect geometry. For a more feminine twist, the dial is replaced with a delicately cut mother-of-pearl one, which exemplifies the gently rounded proportions. To keep its architecture intact, the Girard-Perregaux GP09600 caliber is fitted with a platinum micro-rotor that’s lodged into the barrel’s surround. The barrel drum is then decorated with a floral pattern for a visually exceptional timepiece. 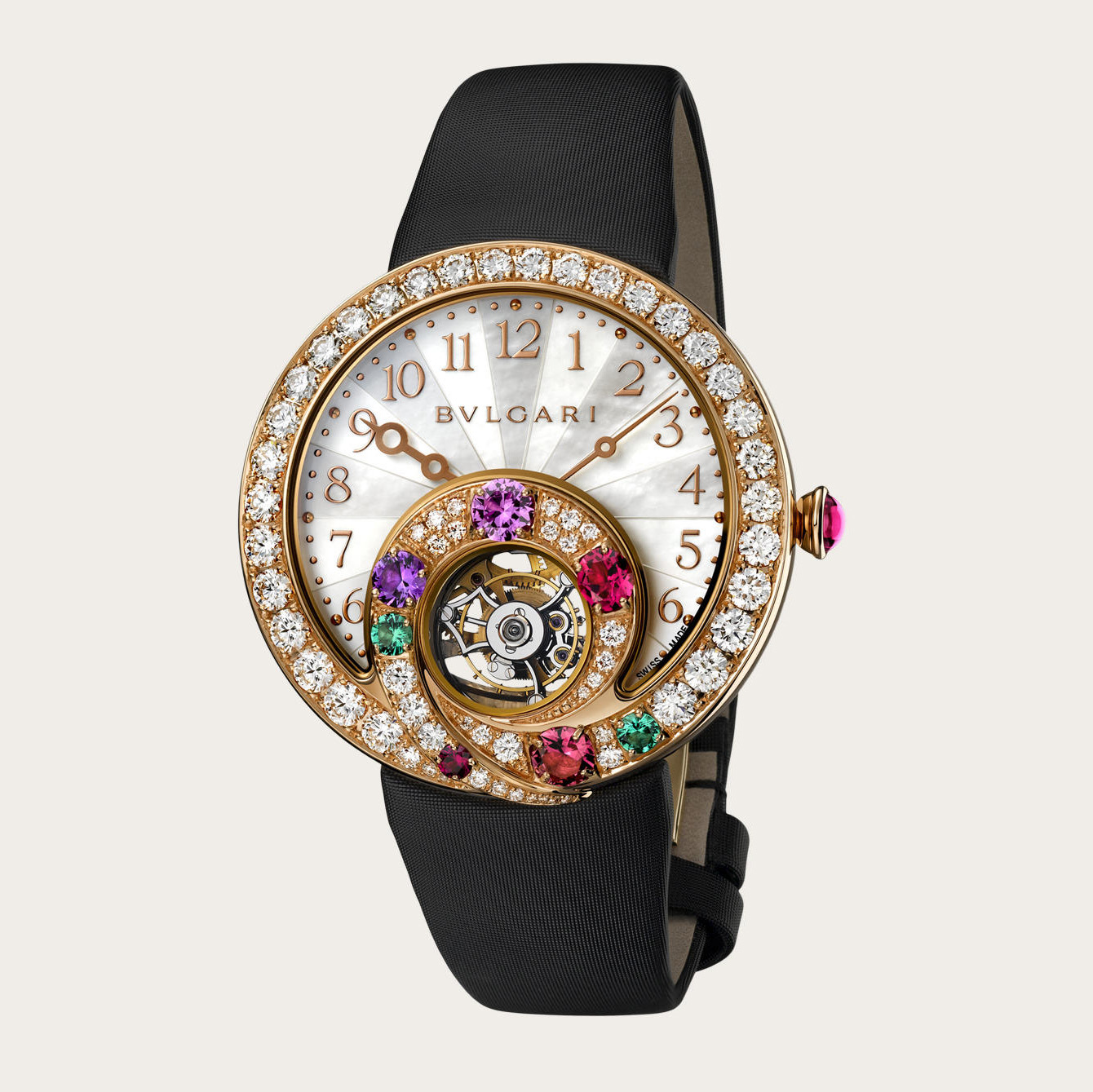 It’ll be hard to tear your eyes off the 63 diamonds and mesmerising three-dimensional glowing gemstone swirl, but when you do, you’ll catch a glimpse of the tourbillon that’s cocooned within the trademark spherical motif. However, the brand’s display of technical mastery doesn’t end there. Above the regulator and against a stunning marquetry of mother-of-pearl dial is the retrograde hours feature. The BVL 313 tourbillon calibre within is entirely produced and assembled in Bulgari’s Fine Watchmaking workshops, and boasts a sturdy 64-hour power reserve despite all the mechanics.