Home > Style > Watches > SIHH 2019: The best new watches to add to your collection this year 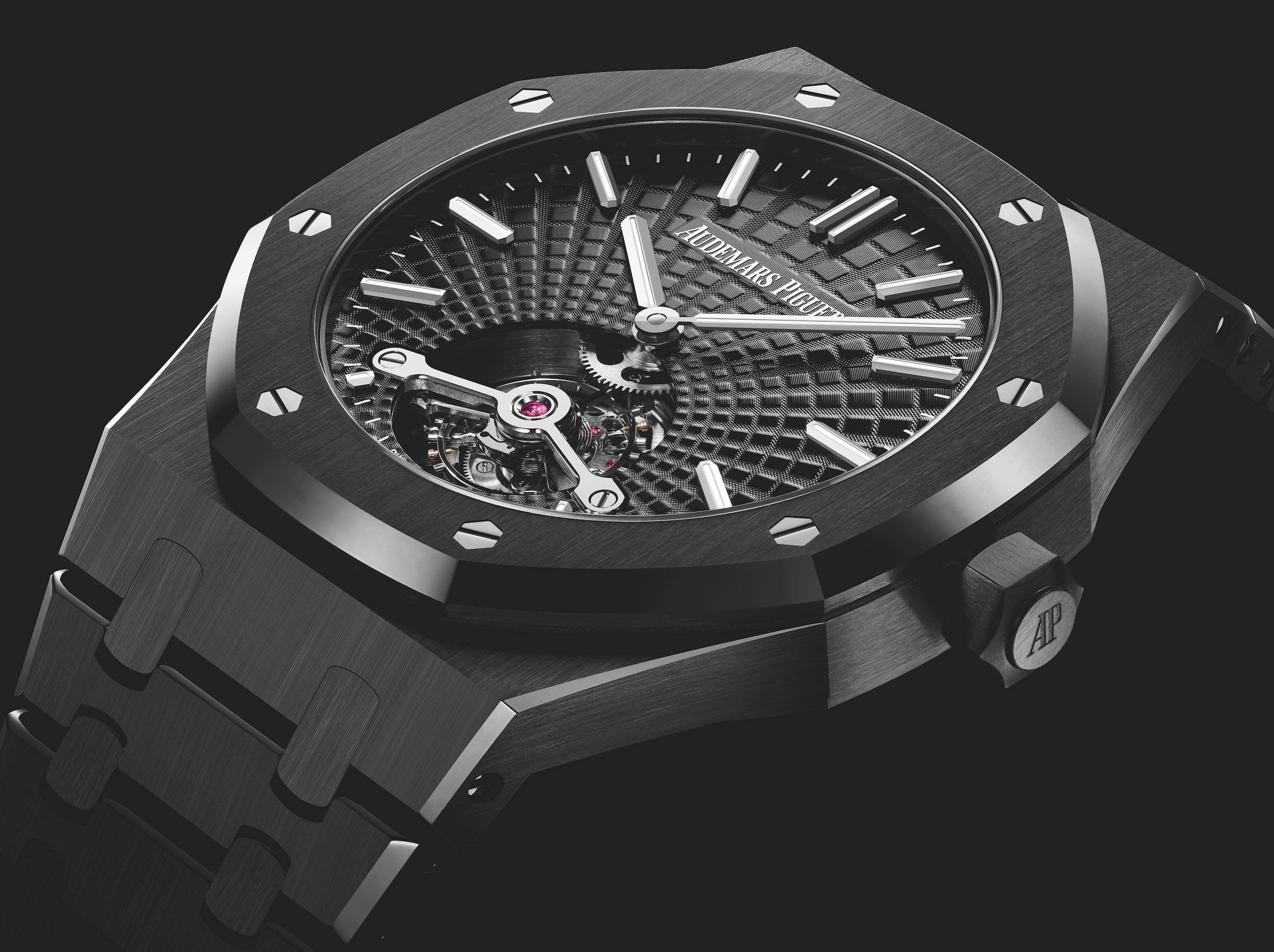 SIHH 2019: The best new watches to add to your collection this year

Style
SIHH 2019: The best new watches to add to your collection this year
Share this article
Next article

Every year around this time, the horological stars predictably align to give us the Salon International de la Haute Horlogerie (SIHH). This year, the 29th edition of the watch fair takes place from 14 – 17 January 2019 in Geneva, and houses over 30 ultra-luxurious exhibitors that include big names such as Cartier, Audemars Piguet and even Hermès.

This year, the show continues to be ground zero for some of the most important watch announcements that will undoubtedly set the pace for the rest of the year. Expect plenty of special editions (that will surely become holy grail pieces), as well as mainstay pieces that push the envelope in terms of materials and engineering.

Here are some of our favourite watches to launch at SIHH 2019.

Style
Pre-SIHH 2019: The watches you’ll want to keep an eye on next year 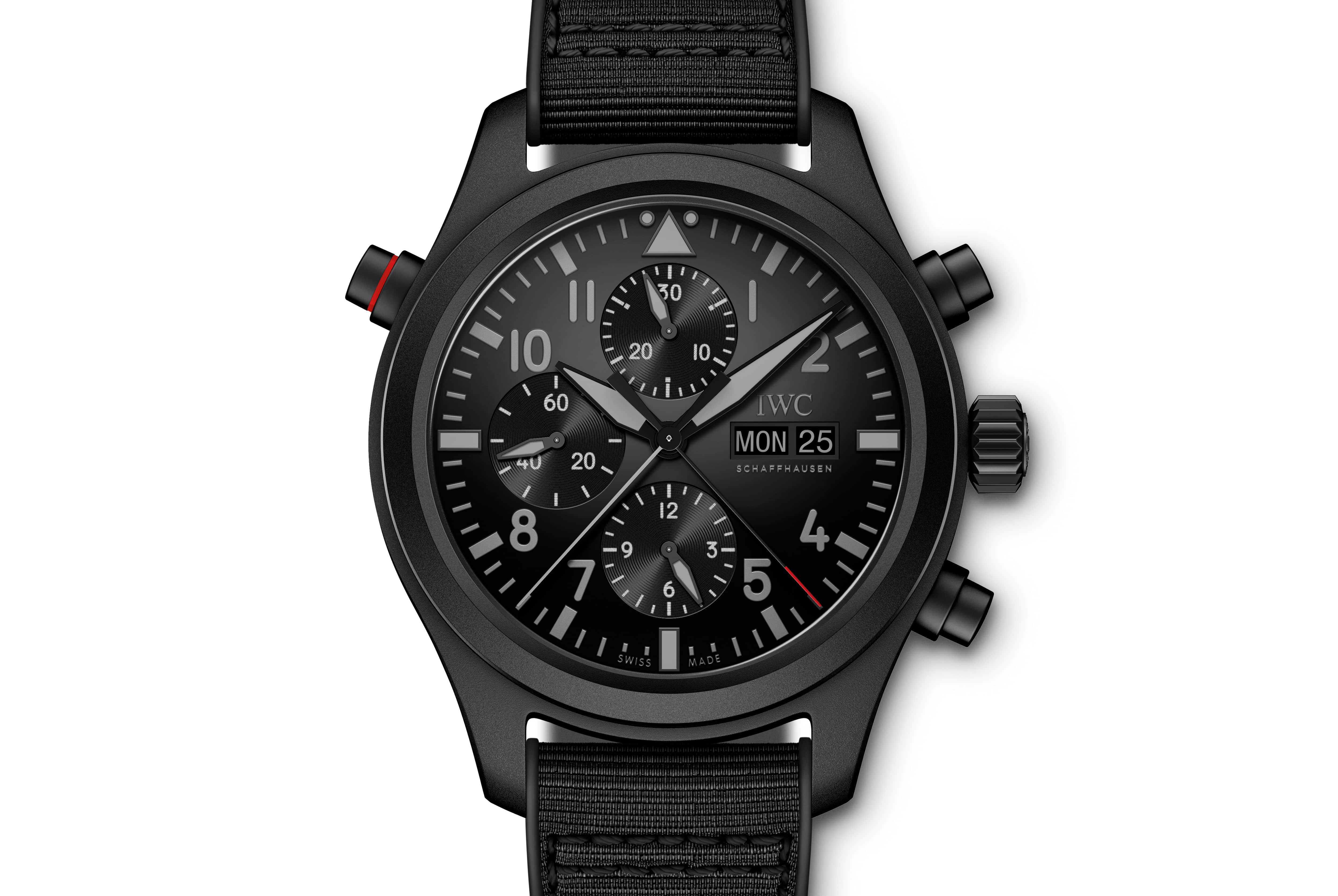 Named after the U.S. Navy Strike Fighter Tactics Instructor program, IWC’s Top Gun line of watches has the reputation for being extremely robust to meet the demanding requirements of elite jet pilots.

Previously, its pieces were only available in ceramic or titanium, but IWC has found a way to marry the best of both into a brand new material called Ceratanium, which has influenced the watch beyond its lightweight, high scratch-resistance and indestructible qualities. It has also enabled the manufacturer to create an intense jet black design for all its components — including the push-buttons and pin buckles — without the need for a PVC coating.

Inside, the double chronograph watch has an integrated split-seconds hand mechanism that enables the simultaneous measurement of two short periods of time. 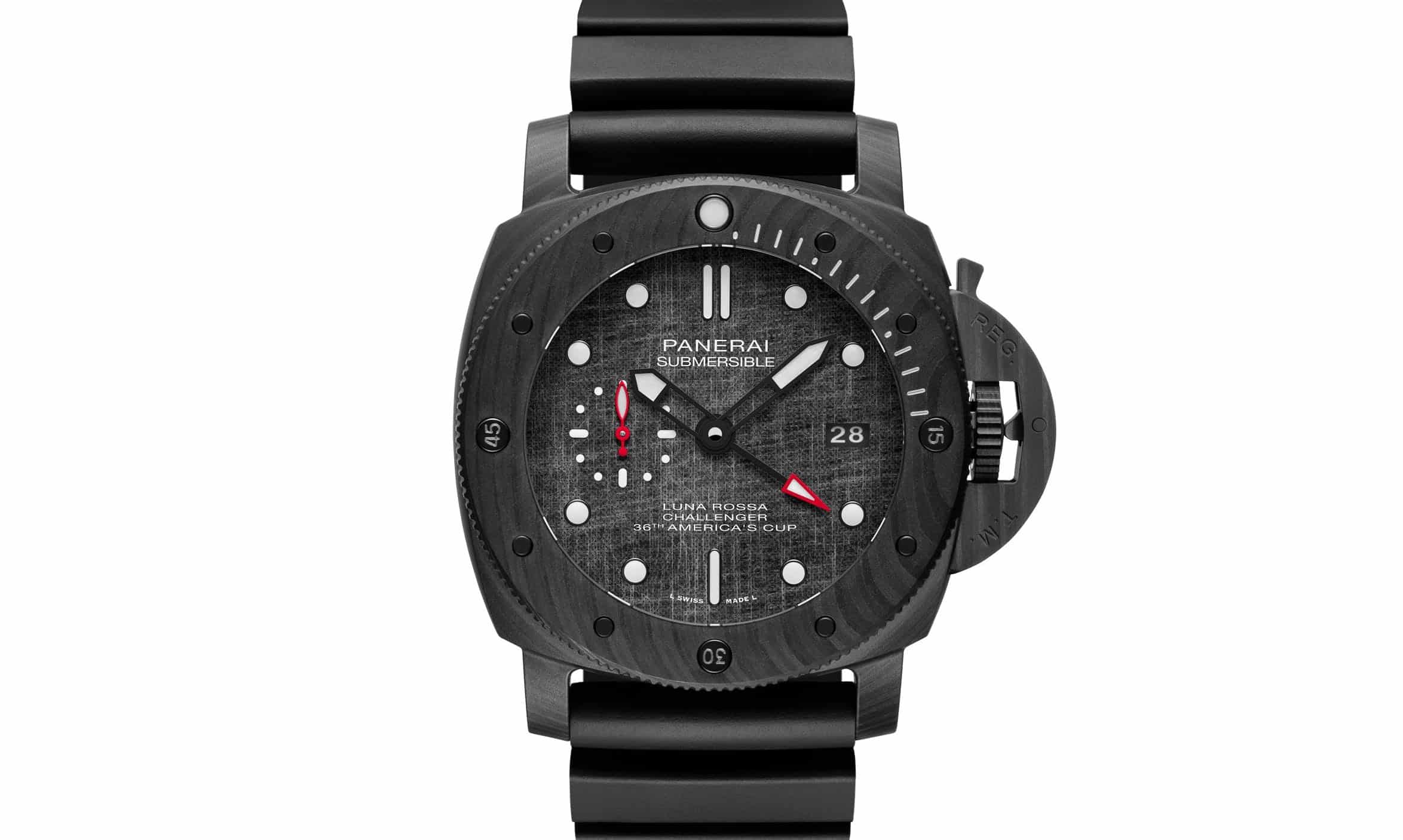 It’s a well-known fact that despite its sleek exteriors and precious materials, Panerai has always endeavoured to be as closely related to the sea as possible. This year, the Italian manufacturer proves its point yet again by not only announcing a new partnership with Luna Rossa, the official challenging team of record for the next America’s Cup, but also a range of special watches that exemplifies its sailing technology.

As such, the 47mm Luna Rossa Challenger Submersible shares many similarities with its namesake vessel, starting from its lightweight but durable Carbotech construction. Its dial is an alluring textured grey, achieved from a sailcloth that’s only accented by flashes of red on the hands. Interestingly, the sailcloth heralds from actual Luna Rossa sails. The dive watch is big on functionality. Its in-house Caliber P.9010/GMT provides a three-day power reserve and a GMT function — so you don’t actually have to be a hardcore sailor to truly appreciate this beauty. 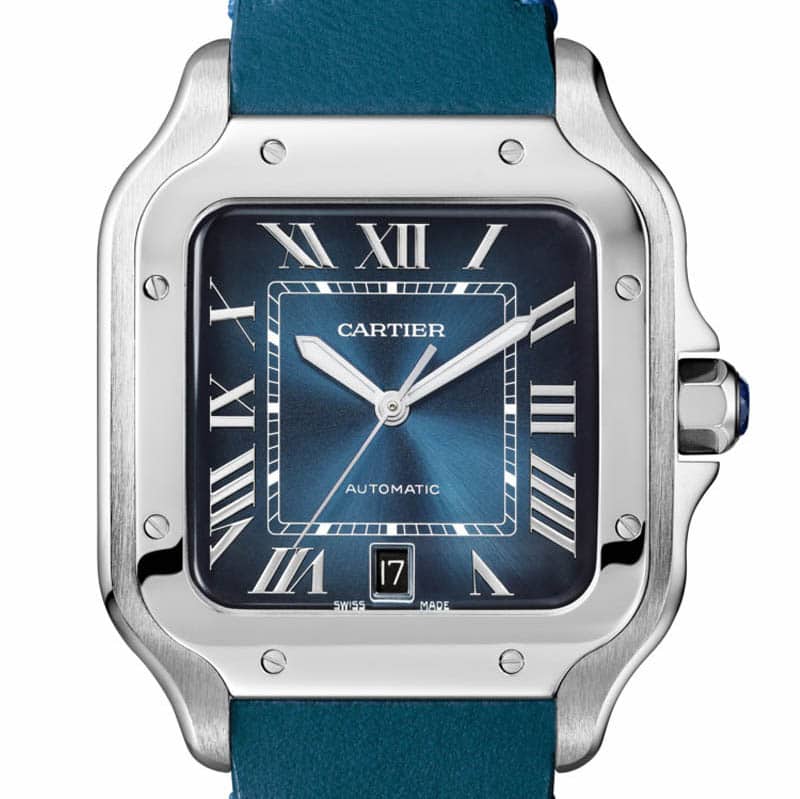 The Santos de Cartier was a massive hit when it reached markets last year for several reasons — the biggest being it’s a damn good looking watch. However, for the select few who felt that its classic white dial was a tad too modest, there’s now one with a trendy gradient blue dial instead.

Contrasting the rich blue background are now silvered Roman numerals and hands instead of black ones, alongside a black date aperture for legibility. Proportions and movement remain exactly the same; the 39.8mm watch is still powered by the in-house automatic calibre 1847 MC. Expect a matching navy blue calfskin strap and a steel bracelet with the timepiece. 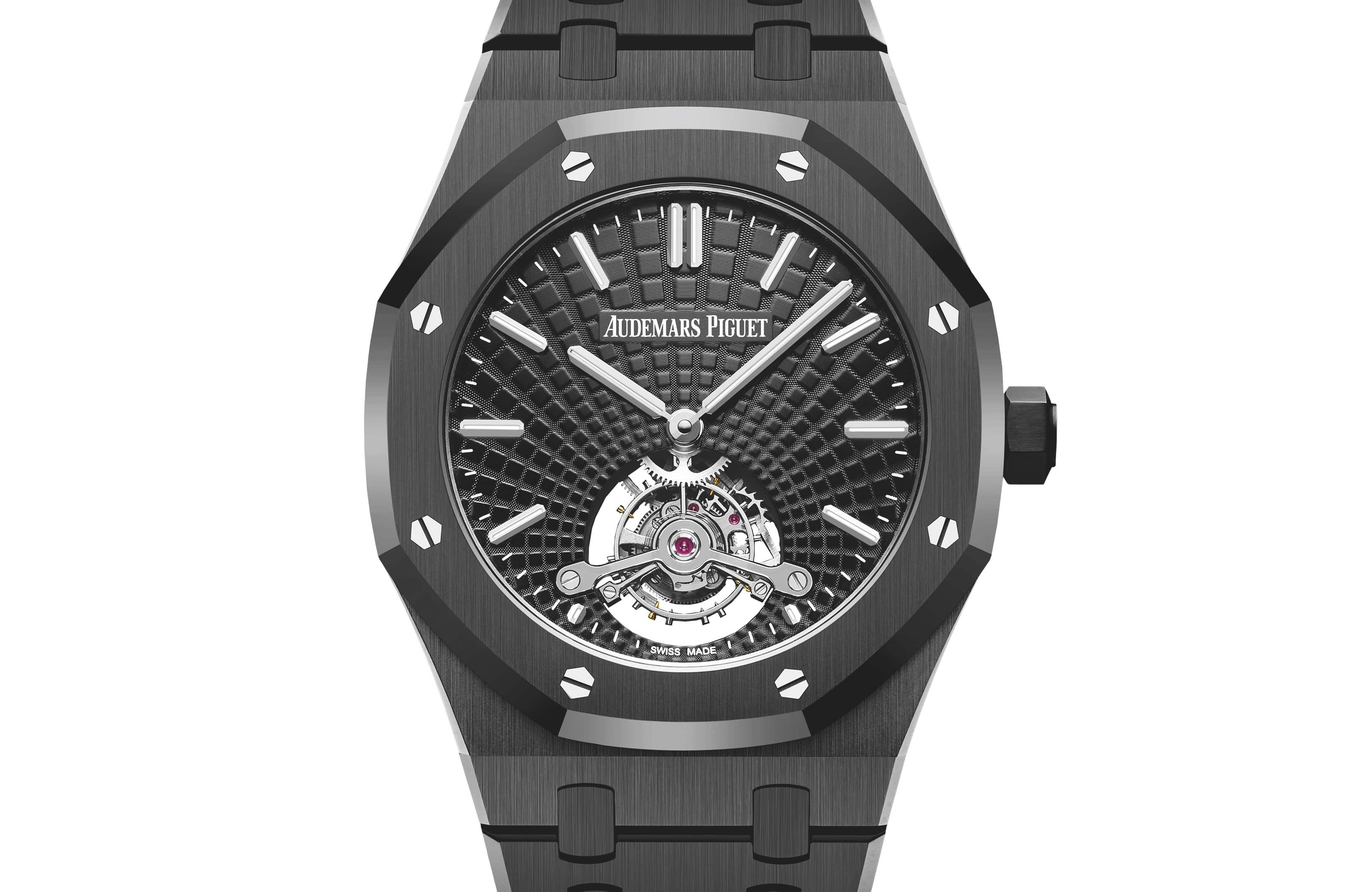 There’s only one thing more synonymous to Audemars Piguet than the ‘Royal Oak’ badge: its tapisserie dial. This year, the storied firm revolutionises both of its most iconic offerings to create the Royal Oak Tourbillon Extra-Thin in Black Ceramic.

Limited to 100 pieces, this Royal Oak is destined to be collector fare, especially seeing it’s only the third of its kind to be rendered in ceramic. The hand-wound, blacked-out timepiece is sized at 41mm, with a “Tapisserie Evolutive” dial pattern that’s only interrupted by a large tourbillon cut into the six o’clock position.

Tucked under the dial is the firm’s hand-wound 2924 movement, which powers the watch at 3Hz with 70 hours of juice. The stunning architecture is right on its face, a combination of both the display case back and the large aperture for the tourbillon in front. 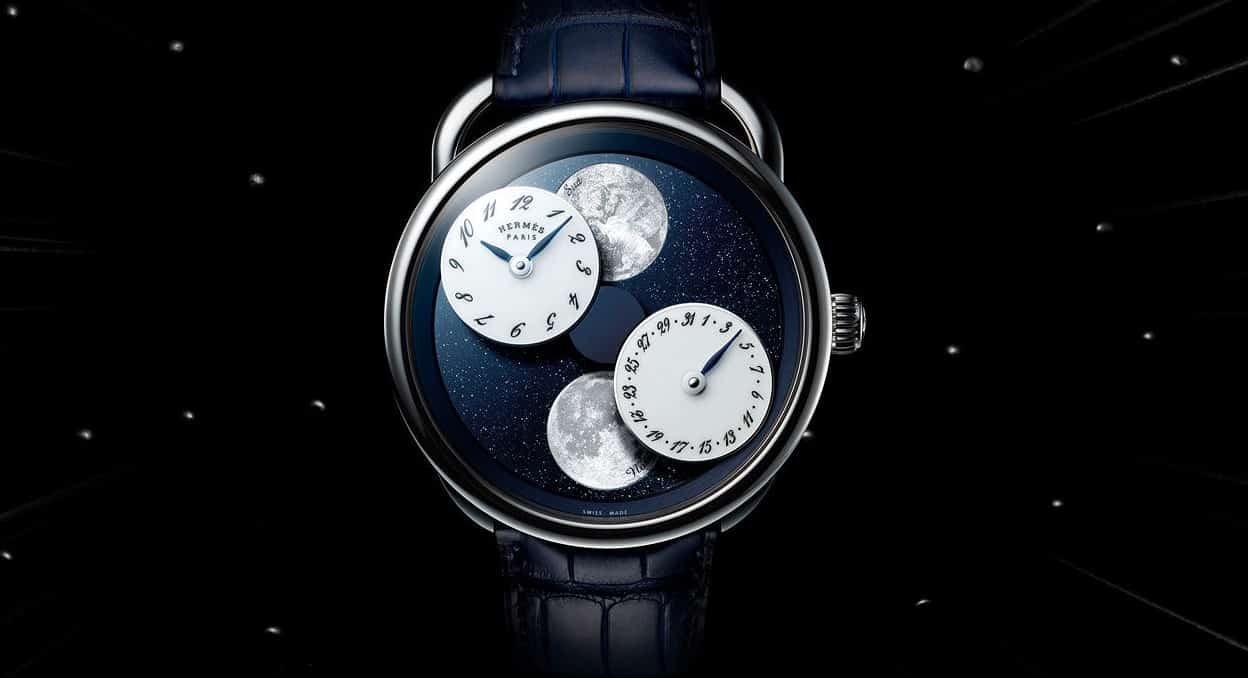 Trust Hermès to make what looks like the most whimsical and romantic moon phase watch around. The Arceau L’Heure De La Lune sees a pair of stationary mother-of-pearl moons with another pair of floating lacquer dials that make their way around the dial once every 59 days.

Here, the complication works by indicating the current moon phases in both the southern and northern hemispheres simultaneously as the lacquer dials cover and uncover the moon. In a thoughtful twist, the moons show different designs; the upper moon bears a subtle Pegasus motif by artist Dimitri Rybaltchenko, while the lower one features a realistic lunar surface.

Two executions will be available at launch, one with a stunning aventurine dial that depicts a starry night sky, while the other illustrates a meteorite dial with matching graduated grey lacquered discs. Either version will only be available in a 100 numbered pieces each. As the firm’s quintessential watch, it was about time the Freak underwent a deserving reinterpretation this year. Dubbed the Freak X, the new version is a faithful revolution of its predecessors, only it’s now designed to be more accessible to a wider range of collectors.

Available in titanium with a black finish, rose gold, or Carbonium, the watch sees a conventional crown instead of a turning bezel, and is now priced lower, starting from just over S$28,000. All versions come in a downsized 43mm case size as compared to the usual 45mm too.

Besides that, the Freak X will house the new UN-230 movement. Timekeeping is kept idiot-proof despite the watch’s unconventional layout — the hour hand is anchored to a wheel at the centre of the dial, while the minutes are indicated by the central bridge.

Style Timepieces Luxury Watches SIHH 2019
Shatricia Nair
Managing Editor
Shatricia Nair is a motoring, watches, and wellness writer who is perpetually knee-deep in the world of V8s, tourbillons, and the latest fitness trends. She is fuelled by peanut butter and three cups of coffee a day.
Motoring Wellness Watches Beauty Style