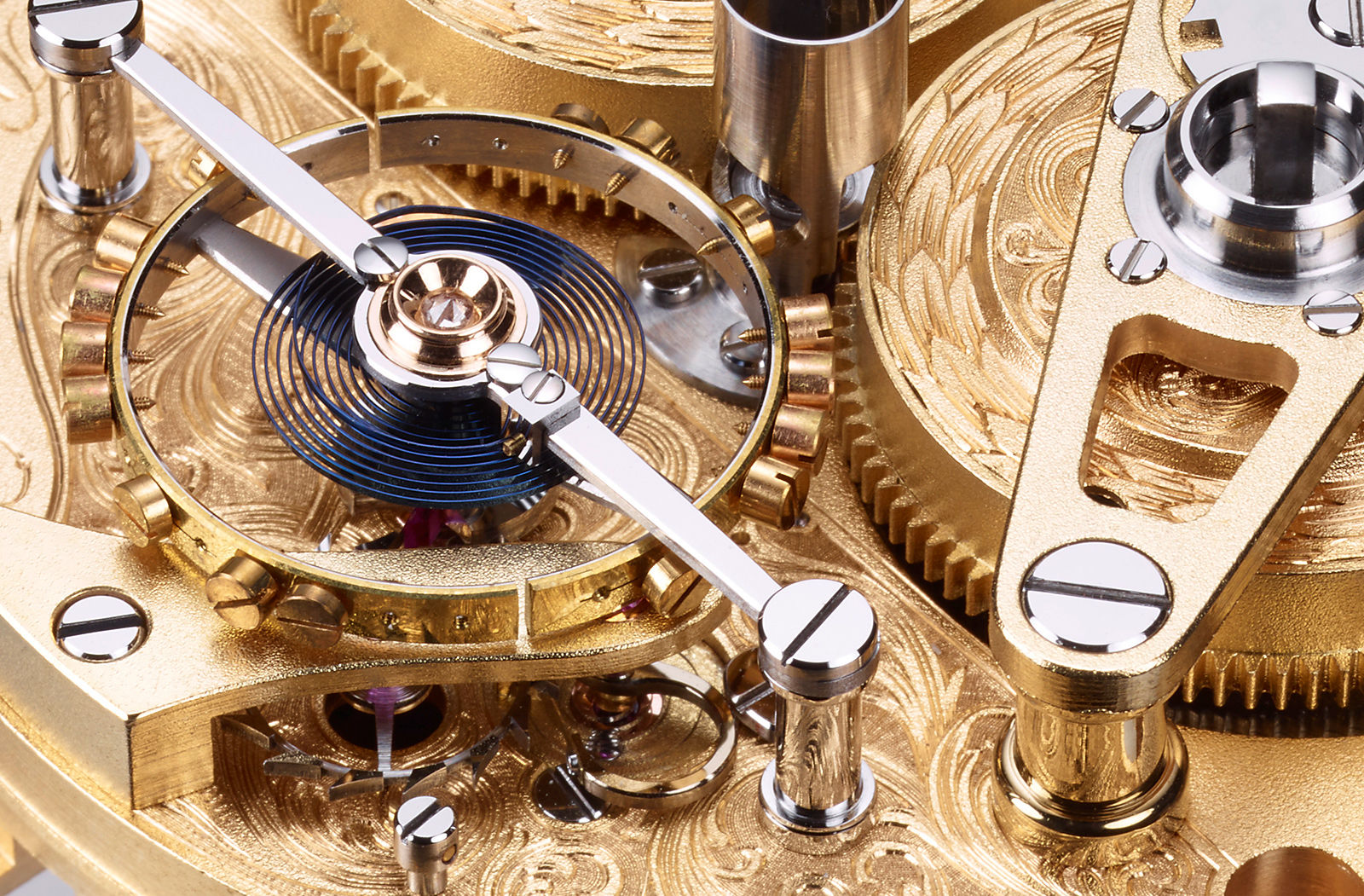 Splurge: Tell the time with a golden egg with the S$1.94 million Rolf Lang’s Golden H

Style
Splurge: Tell the time with a golden egg with the S$1.94 million Rolf Lang’s Golden H
Share this article
Next article

There will come a time when telling your time with a diamond encrusted Patek Philippe watch or one of MB&F’s quirky creations will no longer be a dramatic enough affair. Thankfully, if you have S$1.94 million to spare you will not be subjected to the woes of untheatrical time-keeping. Not when you can buy the Rolf Lang Golden H Marine Chronometer — a spectacular work of art that’s essentially a marine chronometer nestled within a big golden egg.

“But that’s the stuff of Aesop’s Fables”, you say. Only it isn’t. Made in collaboration with German jeweller and maker of precious metal objects Veridor, the substantial egg — measuring 8cm in diameter — requires close to 6kg of 18k rose gold, with each of its five leaves coated with a striking dark-blue Venice Murano glass that’s further smothered with gold leaf.

The fanfare is initiated with a touch of a button at its base, triggering the opening mechanism to reveal a marine chronometer by Rolf Lang as it elegantly rotates. The base — engraved with six entwining leaves — turns simultaneously in the opposite direction as the chronometer rises in all its solid gold glory.

Inspired by English 18th-century clock designer John Harrison’s H4 (the world’s first precision marine chronometer) Lang’s 53mm clock comprises of 985 parts, with a double-barrel movement that gives 72 hours of power reserve. As the Dresden-based independent watchmaker’s most lavish project, expect intricate hand-engraved finishings — the movement is a work of art in itself. In keeping with the gilded colourway, the rest of the clock, including the hands, are also made of solid gold, and the dial is an elegant display of time, date, 24-hour indication, and power reserve.

At the aforementioned price, you’ll get your Rolf Lang Golden H Marine Chronometer in a mahogany box that doubles as a display stand. Just don’t let it anywhere near your current Fabergé collection — they would pale in comparison.