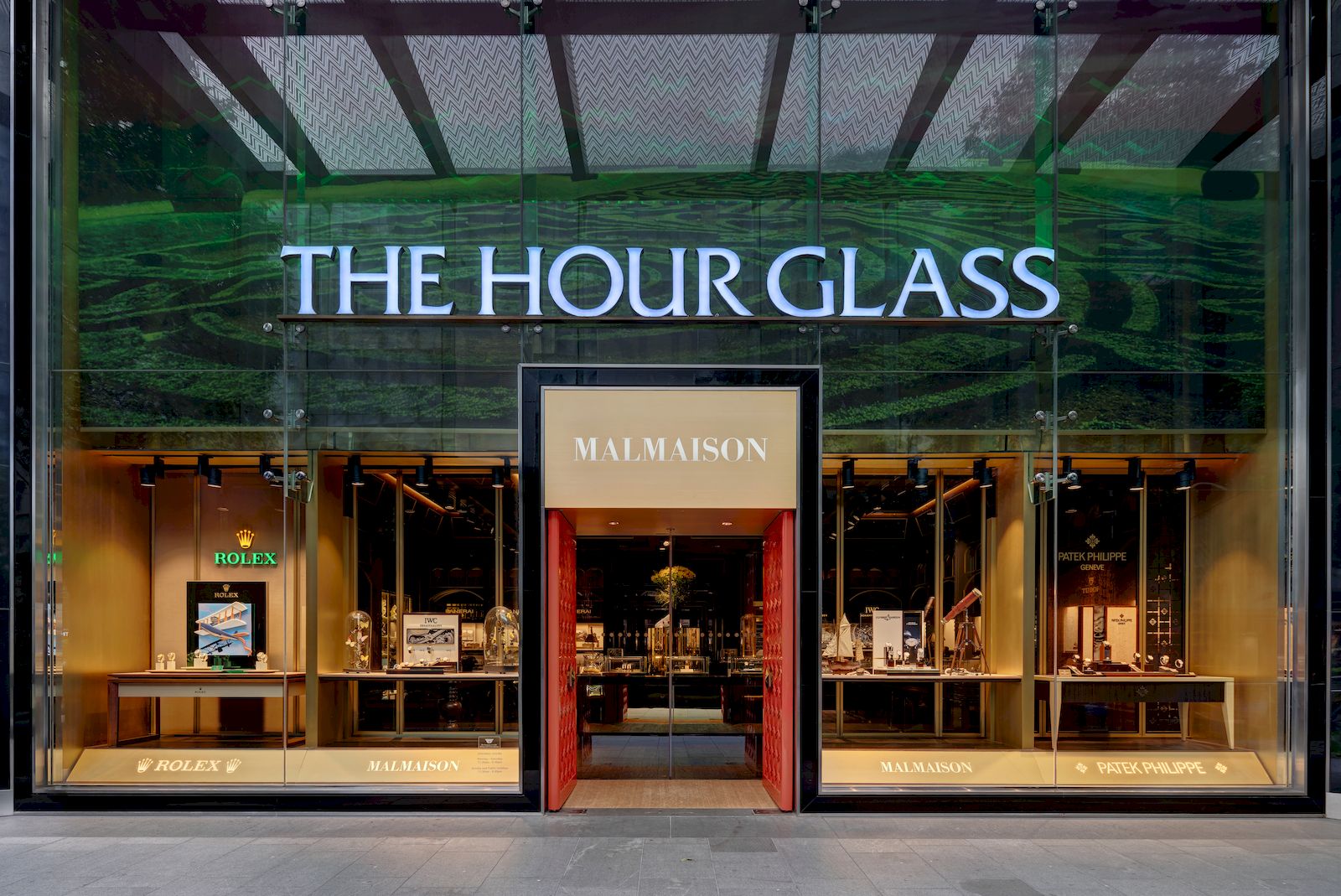 Watch and art have much in common and The Hour Glass is merging both as it celebrates its 40th anniversary celebration, The luxury watch retailers are presenting specially commissioned artwork by four contemporary artists and designers — Marc Newson, Daniel Arsham, nendo and Studio Wieki Somers — based on the concept of time at Malmaison by The Hour Glass, its outlet at Grand Park Orchard.

For this exhibition, both Daniel Arsham and Marc Newson take on the sculptural aesthetics of the hourglass. Arsham examines the construction of time and recreates the structure in bronze, while Newson reinterprets the instrument using handcrafted crystal that forms the body of two signature bulbs held within the Klepsydra, with each bulb holding over 2.8 million metallic dusted nanoballs as they trickle between the two interconnected structures via a complex mechanism.

On the other hand, Oki Sato from design studio nendo has created a cuboid-shaped clock using one singular form with two hands sliced from the structure that overlap perfectly twice a day, when the clock returns to its original cube shape — an analogy equivalent to resetting of the mind.

Dutch native Wieki Somers from Wieki Somers Studio tackles the issue of climate change with its artwork Beetle Clock. In this special piece, two beetles chase time around the age rings of a tree trunk, symbolising the importance of how small actions can effect the changes in the larger scheme of things.

Besides the Then Now Beyond exhibition, The Hour Glass has also transformed a small section of its flagship store Malmaison by The Hour Glass. Milan-based JoAnn Tan Studio has created an immersive environment for future art collaborations with artists with influences from Stanley Kubrick’s iconic set of 2001: A Space Odyssey where the concept of nostalgia is fused with futuristic design

Tan says: “The Hour Glass is a beacon of elegance and style in Asia. One of my favourite childhood memories from Singapore, includes visiting one of The Hour Glass boutiques with my Dad for the purchase of a Cartier watch. Time is definitely the key concept behind our design. We have chosen to present time as the movement of planets because the rotation of the universe is fundamental to our perception of time. For both these reasons it has been both an honour and a delight to work on this project.”