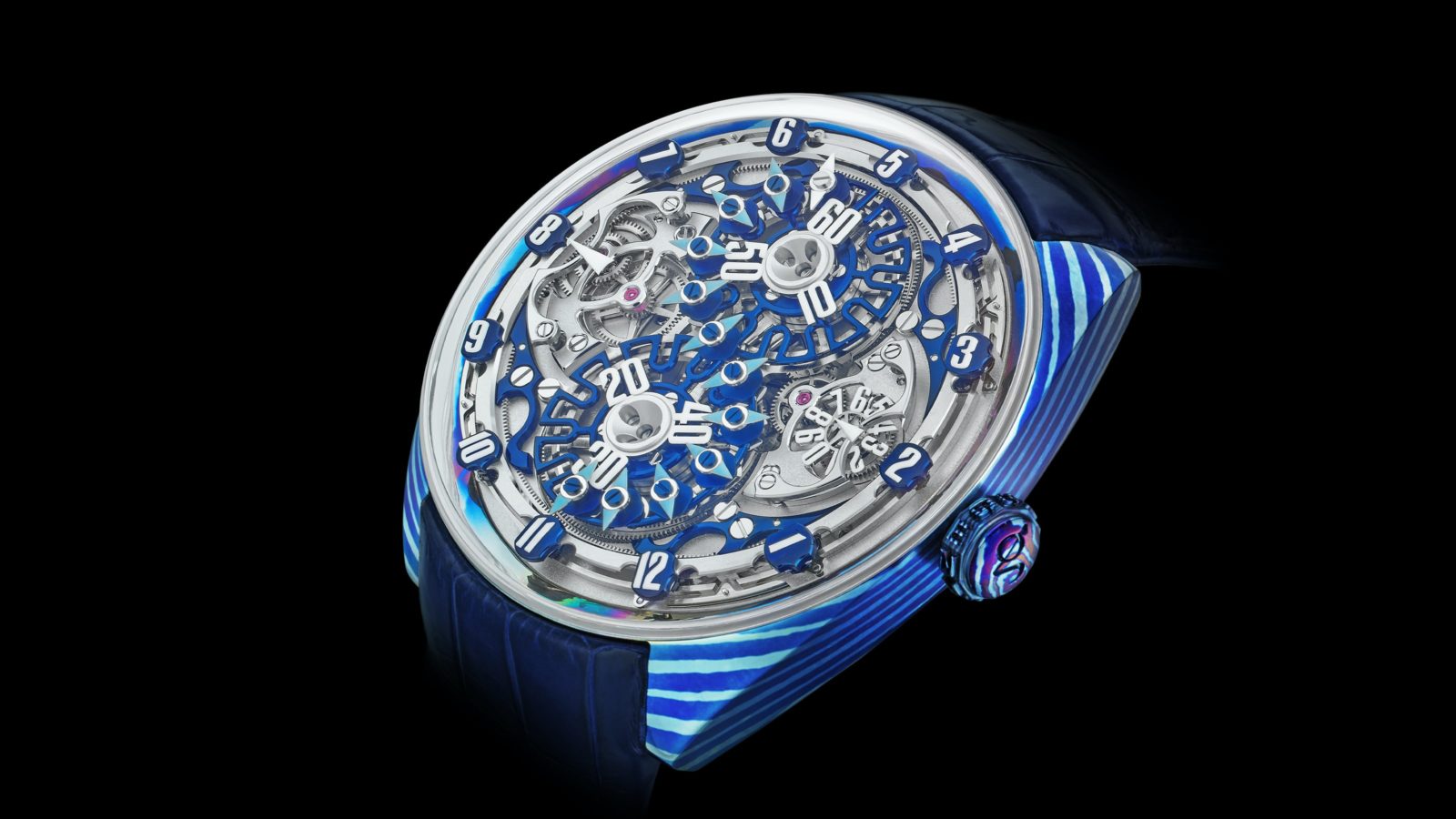 As a watch journalist you would’ve thought you’ve seen it all, but when it comes to flouting convention, Genus constantly surprises.

This is the same independent Swiss watchmaker that rewrote engineering with its GNS1.2 last year. The timepiece — 10 years in the making — made the big time news and put the new brand on the map by taking home the coveted Mechanical Exception Prize at the 2019 Grand Prix d’Horlogerie de Genève (GPHG).

The first two were cased in rose gold and white gold, but Genus wants to up the ante on its craftsmanship portfolio by using Damascene Titanium this time, forged with ancient methods from Japanese swordsmiths.

The rare metal is hardly used even the most exclusive of timepieces for a good reason. The Damascus metalworking technique dates way back to 900 AD and traditionally uses steel and iron. This ancient savoir-faire is notoriously time consuming, but renders some of the best swords and weapons by lending resistance, flexibility, and the ability to stay sharp for much longer.

You might also like…
Style
Hublot revives the colour of the decade with the new Big Bang Millennial Pink
Style
Audemars Piguet refreshes CODE 11:59 with smoked sunburst lacquered dials and a new case

Like Dasmascus steel, the Damascene Titanium used here is created using the same techniques, only instead of steel there are laminating layers of titanium alloys that have been melted and folded over and over to create a mesmerising pattern of waves. The titanium block is then tempered blue to showcase the stunning manual-intensive process in all its glory.

In Japan, the technique — called mokume-gane — was first championed by metalsmith Denbei Shoami in the 17th century to make decorative fittings for swords. The metal is also three times stronger than steel while being 40 percent lighter. If you have a particular preference or hatred for a certain shade of blue, it’s possible to customise it with a specified hue and finish (matte, satin, or polished).

Within the 43mm case lies the in-house 18K gold award-winning movement. The core of this manually wound system is the snake-like arrangement which Genus lovingly calls “genera”.

These diamond-shaped markings snake around the two sub-dials once per hour in a figure eight-like formation to indicate the tens of minutes past the hour, creating an intriguing display that hardly ever looks the same throughout the day.

The hour reader makes a revolution every 12 hours around the circumference of the dial, while the number of minutes which have passed every 10 minutes is shown on a small sub-dial on the right.

But this is a watch that will inspire the most conversation starters at night, a true masterclass on how Super-LumiNova can transform a timepiece into a kinetic work of art as the genera makes its way around the sub dials glowing hypnotically.

Independent watchmakers like Genus might find it harder to find an audience that appreciates its ingenuity and sheer insanity over conventional collectibles, but it is this same spirit of innovation that’s led watchmakers to push the boundaries of what a time-keeping accessory can and should be. This is, above all, the real beauty and value of this timepiece.

Style Watches Luxury Timepieces Independent Watchmaker Genus
Shatricia Nair
Deputy Editor
Shatricia Nair is a motoring, watches, and wellness writer who is perpetually knee-deep in the world of V8s, tourbillons, and the latest fitness trends. She is fuelled by peanut butter and three cups of coffee a day.
Motoring Wellness Watches

The RM 72-01 Lifestyle Chronograph blurs the lines between music, dance and watchmaking