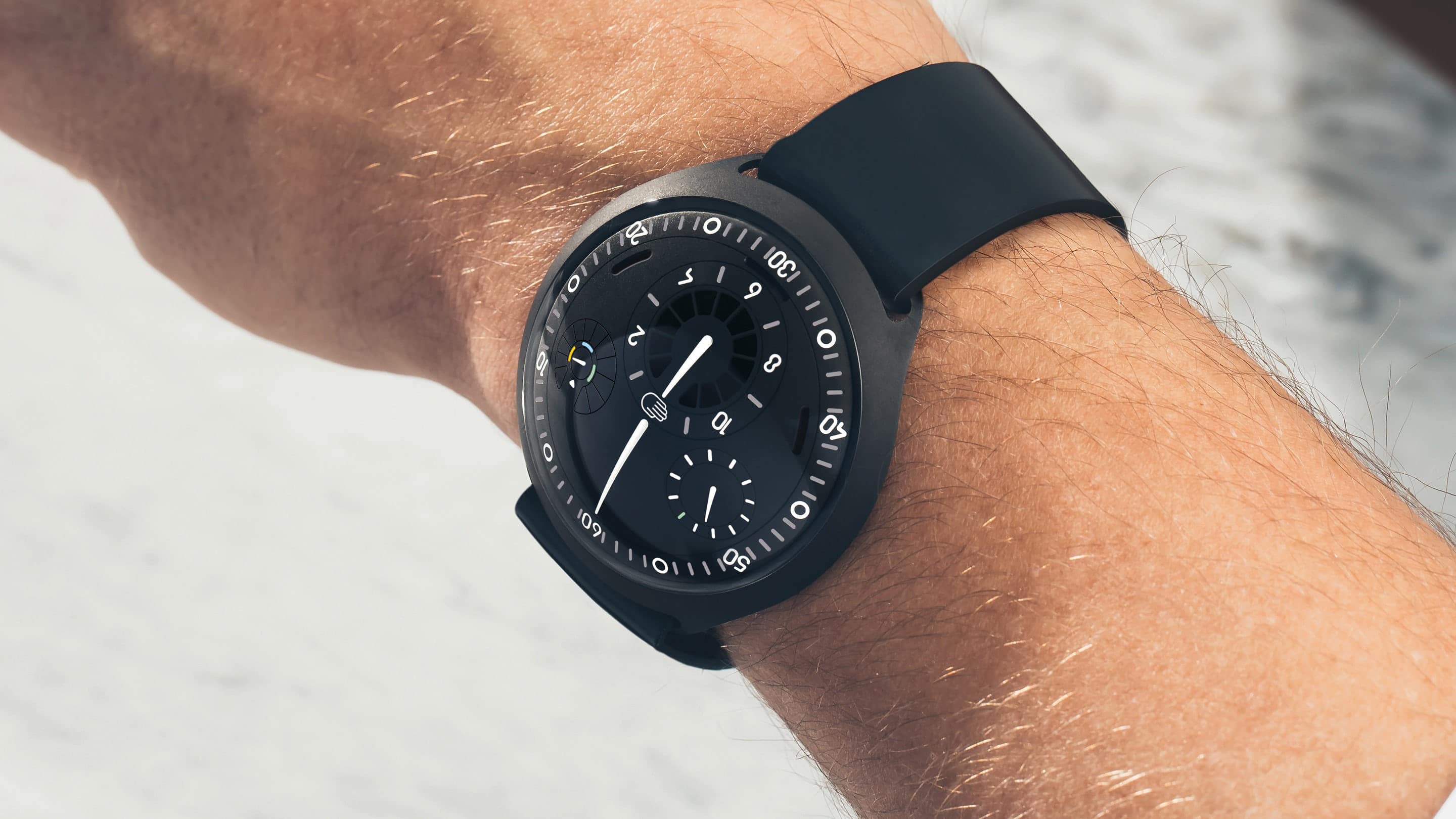 The new Ressence Type 2 is a S$66,000 solar-powered mechanical smartwatch

Style
The new Ressence Type 2 is a S$66,000 solar-powered mechanical smartwatch
Share this article
Next article

This time last year, Ressence put forth a concept that was unprecedented in the timekeeping world. Up till then, digital technology and mechanical watchmaking had been two very separate universes.

The Belgium-based independent manufacturer shook up the status quo with the Type 2 e-Crown Concept. It put forth the idea that an electronic device could be inserted into a mechanical watch to allow it to “reset” itself to the correct time, even after its power reserve had been drained.

A year later the production version of the Ressence Type 2 is finally ready to stump the horological world.

Curved at 45mm wide and 12mm thick, the watch is a substantial mass of anthracite PVD titanium. Its still recognisably Ressence, with nested orbital discs and contrasting, minimalist numerals and markers. Yet it’s what lies beneath that sets it apart from any mechanical watch (or smart watch for that matter).

The first is a set of photovoltaic cells that lie within some apertures in the dial and beneath a set of shutters that open and close inside the mode indicator. These solar cells use light to automatically recharge the watch when its 36-hour battery life runs low, and hide behind the micro-shutters when not in use.

Besides the ability to self-adjust its time, the Ressence Type 2’s mechanical movement will also stop to save battery when not worn for more than 12 hours; double-tapping the face will restore the correct time on the watch down to the minute.

Other than that, there’s an equally sleek companion app for smartphones that allows its user to set up to two different time zones or monitor its power, making it exceptionally useful for travellers who want the convenience of a smartwatch, but the mechanical prowess of a traditional timepiece.

Impressive? Yes, but not surprising seeing that Tony Fadell — who is a bit of a tech legend considering he’s the co-creator of Nest and the iPod — helped create the watch with Ressence’s founder Benoît Mintiens. For S$66,000 (which is the price of a car), that’s as geeky as the Type 2 will get. It’s no Apple Watch in terms of functionality, but it’s well worth the price considering the bewildered looks you’ll get from even the most experienced of enthusiasts.

Smartwatch Mechanical watches Ressence Ressence Type 2
Shatricia Nair
Deputy Editor
Shatricia Nair is a motoring, watches, and wellness writer who is perpetually knee-deep in the world of V8s, tourbillons, and the latest fitness trends. She is fuelled by peanut butter and three cups of coffee a day.
Motoring Wellness Watches