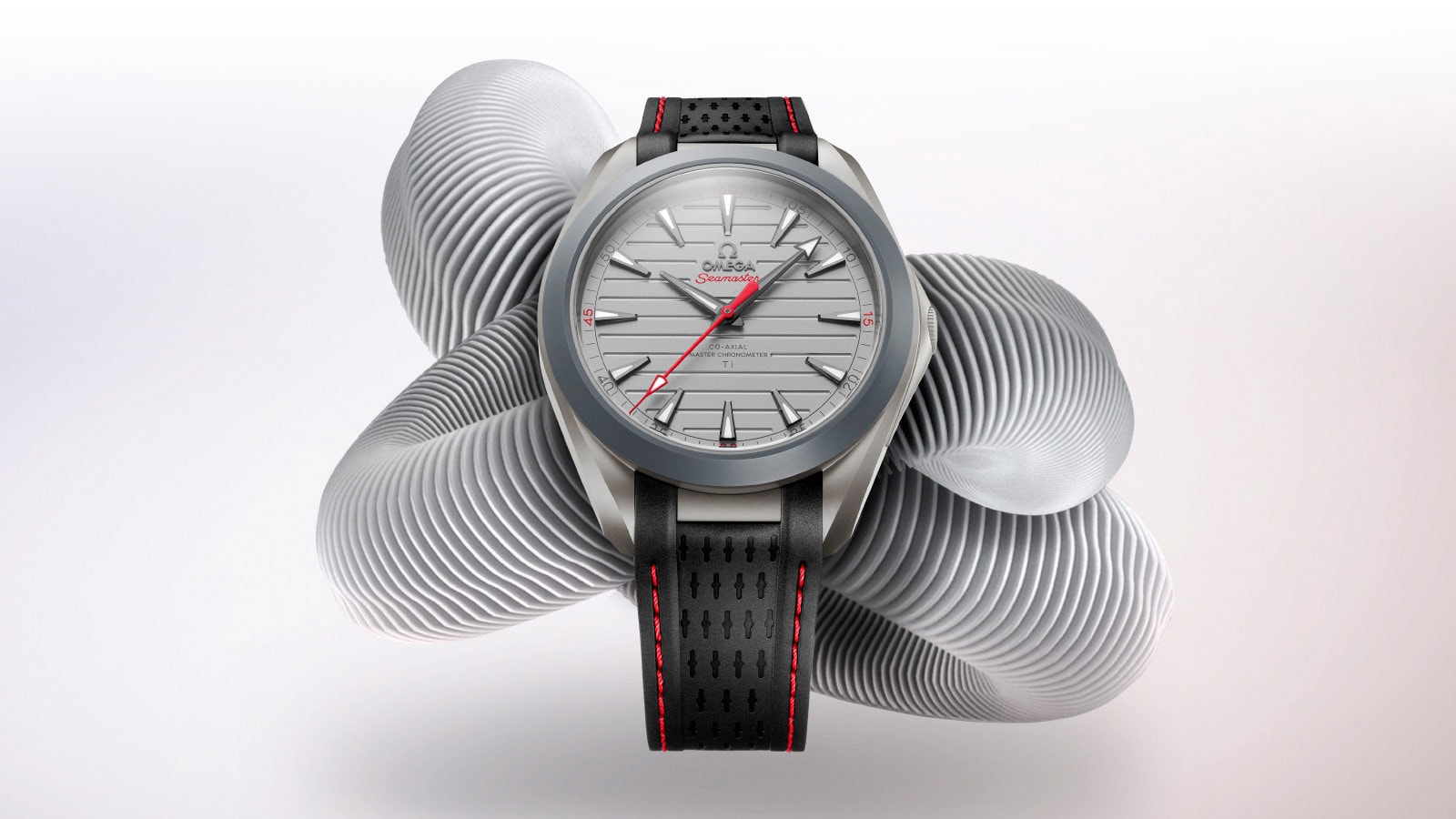 Omega isn’t quite done with making the headlines yet. Barely a month after the watchmaking firm sent a Seamaster Planet Ocean to the depths of the Mariana Trench, it’s achieved yet another milestone with the Omega Seamaster Aqua Terra “Ultra Light”.

Yet being incredibly lightweight is only the byproduct of this watch’s biggest draw. Thanks to the company’s penchant for experimental horology, this new Seamaster largely deviates from its predecessors both aesthetically and mechanically. Its biggest innovation is, of course, the fact that it’s mostly made out of titanium — yes, even the movement.

This niche realm is one that’s seldom touched by even the most storied of watchmakers, only because the costs of the research and development involved would eventually deem it too pricey to execute. The Seamaster Aqua Terra “Ultra Light” weighs only 55g — a little less than a tennis ball — because of the extensive use of a compound called Gamma Titanium.

Known more colloquially as titanium aluminide, this lightweight material is often used in the aerospace industry for jet-turbine parts.

This may be the first time Omega is using the inter-metallic compound, but the watch isn’t giving its debut away. Designed with the help its longtime ambassador Rory McIlroy — who happens to also be a two-time PGA Tour Player of the Year — the sports timepiece is designed to sit comfortably on the wrist without encumbering any movement, regardless of whichever sport you’re currently into.

Inside, the all-new movement is a manually-wound Caliber 8928 Titanium, which in addition being Omega’s first titanium movement is also Master Chronometer-certified, proving that innovation in this firm is not only fast-paced, but precise. Its plates and bridges are crafted in ceramised titanium, which in addition to giving it an edgy dark grey hue also helps with reducing friction.

You won’t get creature comforts such as a date display with this one, but ergonomics are an added bonus. An innovative push-in, push-out telescopic crown not only gives the watch a more streamlined look when lying flush with the case, but also prevents it from digging into the wrist.

The revolutionary features of this watch will however come at an eye-watering price of S$67,600, packaged alongside a NATO and rubber strap to withstand any fast-paced activity you throw at it.

Watches Omega Luxury Timepieces titanium watches
Shatricia Nair
Managing Editor
Shatricia Nair is a motoring, watches, and wellness writer who is perpetually knee-deep in the world of V8s, tourbillons, and the latest fitness trends. She is fuelled by peanut butter and three cups of coffee a day.
Motoring Wellness Watches Beauty Style