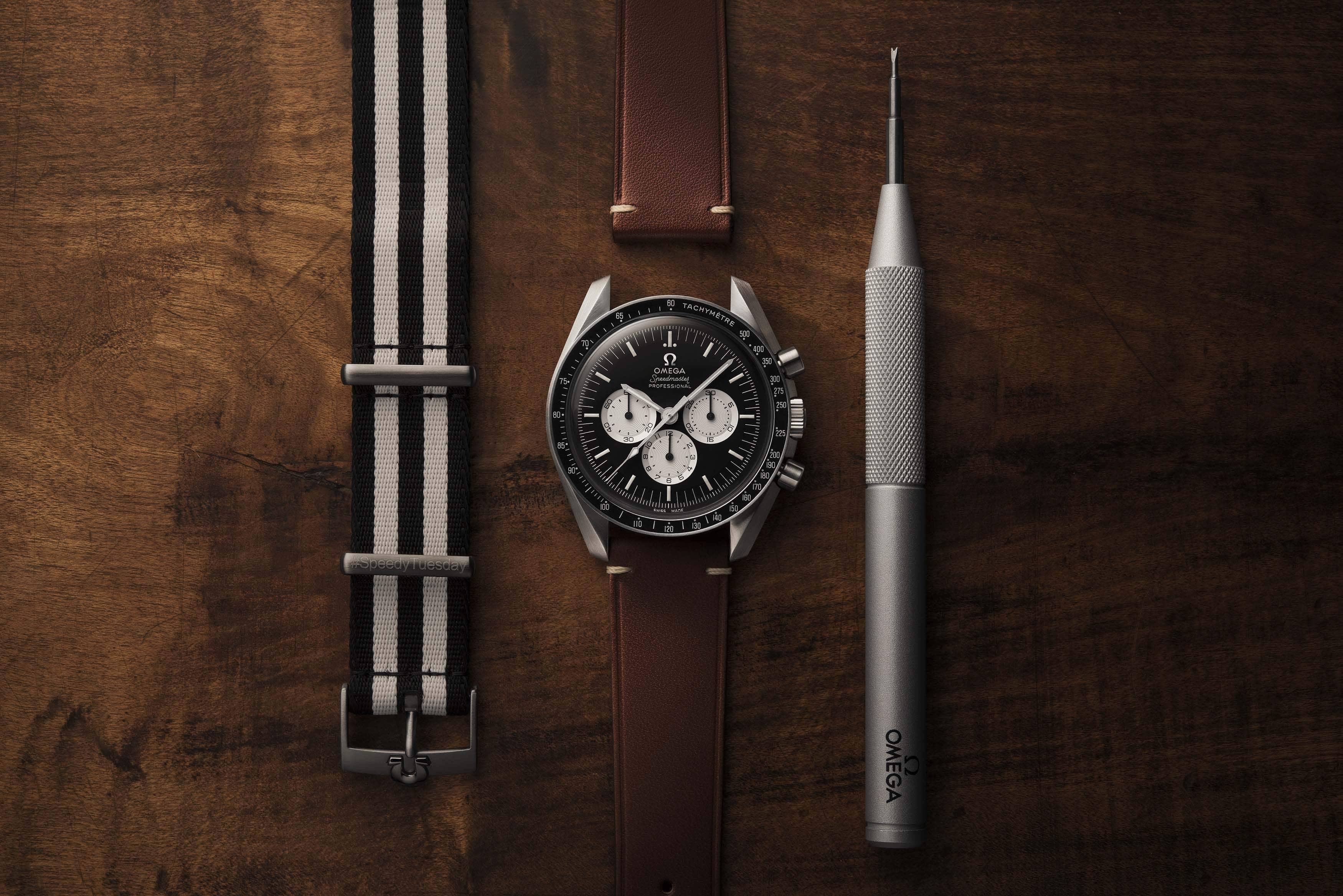 These rare watches have massive waiting lists that stretch for years

There’s nothing a watch collector hankers after more than a holy grail timepiece. Exquisiteness aside, these watches are often the pinnacle of high-end horology, but it is ultimately their rarity that makes them so desirable.

Still, not every limited edition watch makes the cut. When Rolex first launched its Pepsi-bezelled GMT-Master II out of practical reasons, no one quite expected that it would become one of the most highly demanded timepieces in history. This fanaticism didn’t wane when it relaunched the steel version last year, a sure sign that the watch had indeed reached holy grail status over the decades. The waiting list for it? Possibly near eternity, unless you’re ready to empty your bank account on a resale site.

Below, a list of the holy grail watches that have massive waiting lists. Time to make some friends in the industry then. 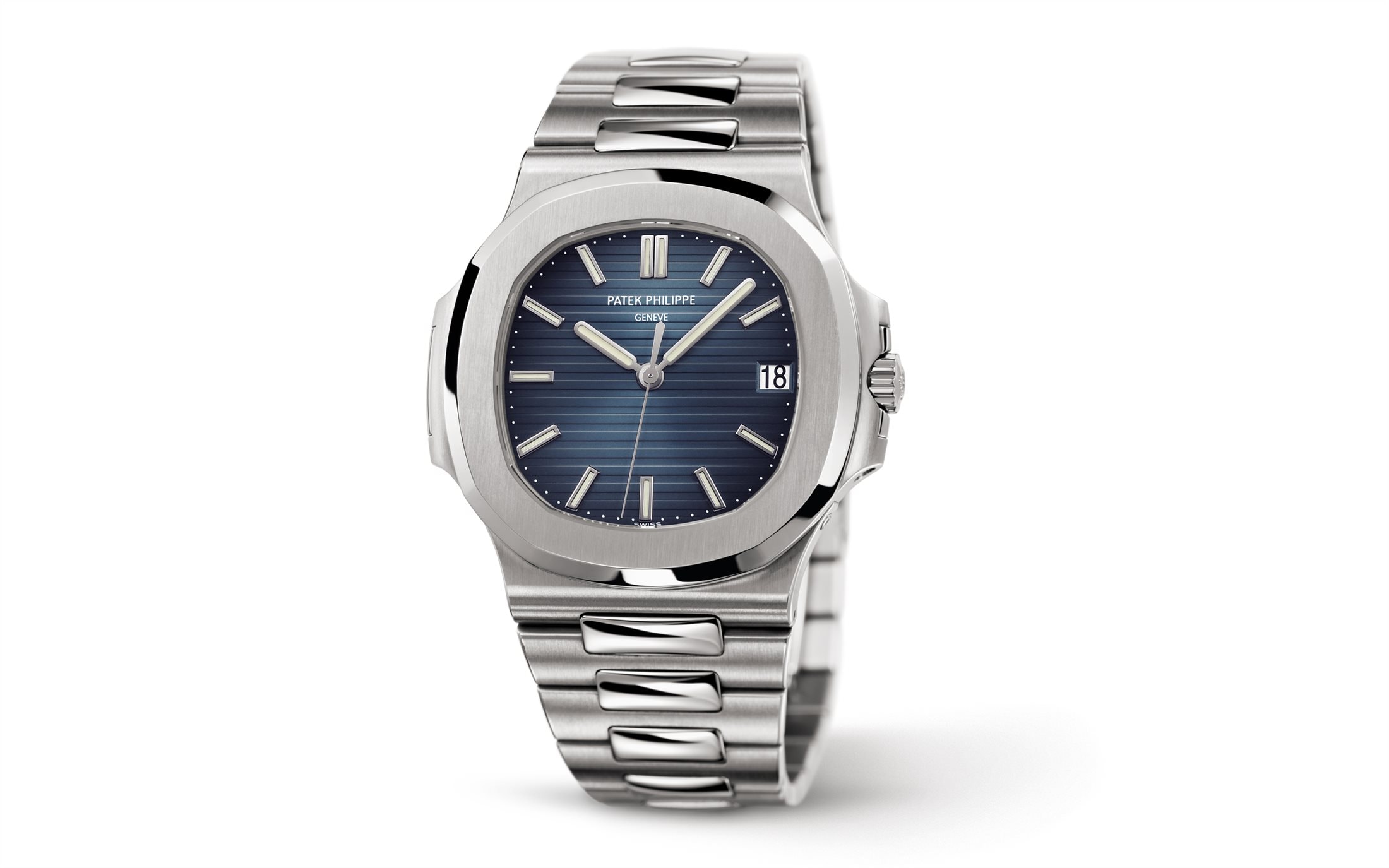 Patek Philippe makes about 140 different models, but even Thierry Stern, president of the firm is stumped as to why it is the basic Ref. 5711 in steel that has catapulted to stratospheric fame.

This particular model — encased in stainless steel and with a ribbed gradient blue dial — sports an automatic calibre, and while not Patek’s more expensive nor complicated watch, has become its most coveted. It’s designed by the same man behind Audemars Piguet’s equally iconic Royal Oak, and hence sits incredibly slender on the wrist for a sports watch, with a highly distinctive ‘octagonal’ shape that’s neither round nor rectangular.

Today, the storied manufacturer sees a production that can only meet 10 percent of demand for the 42mm timepiece, and it has no intention of increasing that. At retail, the Ref. 5711 sells for US$29,800, though that figure can double on alternative markets and even more so at auctions.

The waiting list for this Nautilus is currently about eight years long. 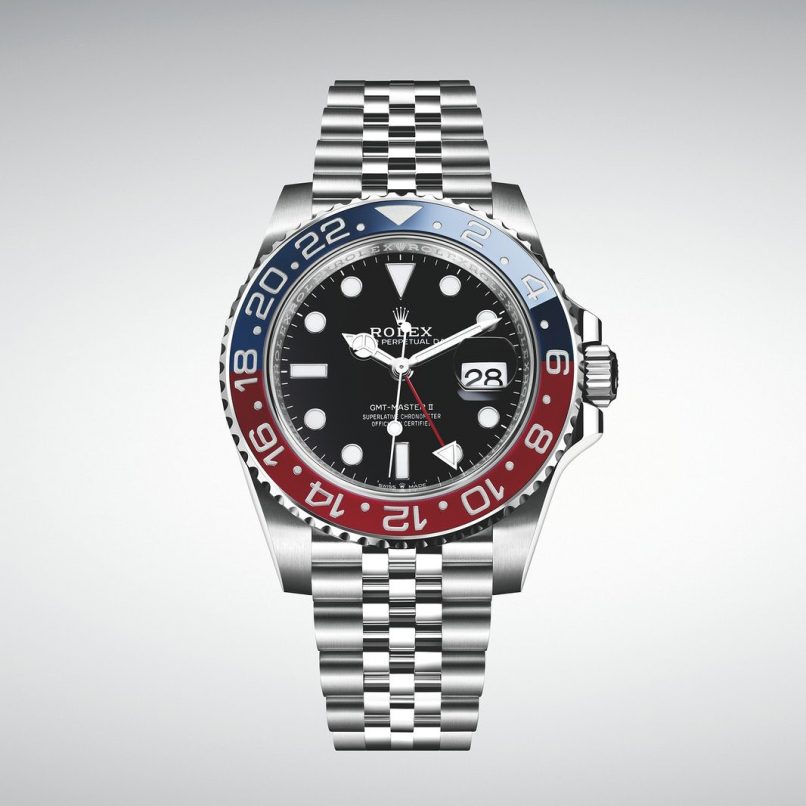 Here’s one where the waiting list is so full that you might not even get added to it. Still, one can dream about owning the Rolex GMT-Master II.

More commonly discussed as “the one with the Pepsi bezel”, the GMT-Master II in stainless steel first surfaced in 1955 as the quintessential “tool watch” for well-heeled travellers, becoming so wildly popular that Rolex relaunched it at last year’s Baselworld.

The watch sported the same defining features as the original, save for a few changes. The classic red and blue bi-directional bezel was now fashioned out of the proprietary Cerachrom instead of plexiglass, and the bracelet was swapped for the Jubilee one. Inside, a brand new movement, the calibre 3285, made the watch even more desirable for its mechanical improvements. 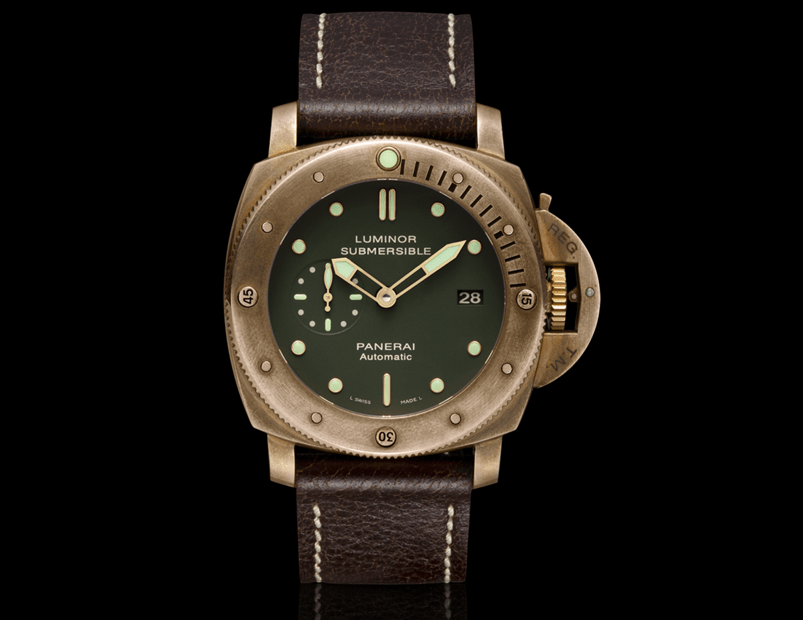 First introduced in 2011 with only 1,000 pieces produced, the Panerai Bronzo was only available to the brand’s very top global clients. Its charm lied mostly in the fact that it was the brand’s first ever to use marine bronze for its case, which had a remarkable resistance to corrosion and salt water.

Because it was prone to oxidation, the watches acquired patina that lent immensely to its character, especially because no two watches aged the same. Inside, the in-house developed Panerai calibre P.9000 boasted a power reserve of three days, and had an anti-shock device that allowed it to excel even under extreme conditions under water.

Over time, Panerai has expanded the Bronze series to include other variations, but it is the original green dialled version that gets the most attention, especially on the pre-owned market, where it can sell for as much as €35,000. 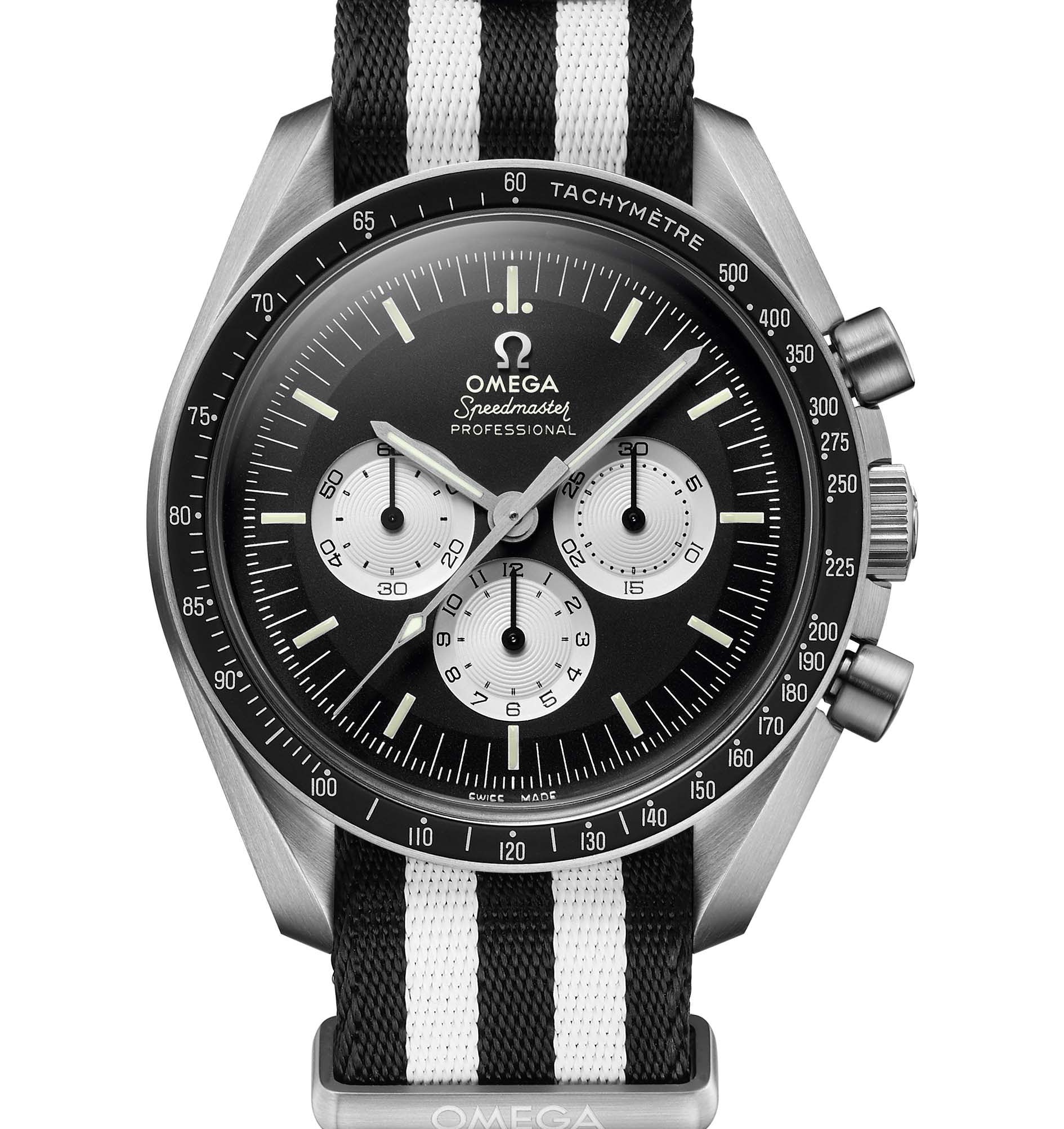 Launched exclusively on Instagram as a tongue-in-cheek way of paying tribute to the #SpeedyTuesday hashtag that this limited edition is named after, all 2012 pieces of this Omega watch sold out instantly last year.

The trendsetting chronograph has long been an icon of the brand and spawned plenty of variations, but this particular model saw a reverse panda dial with luminescent radial sub-dials and sturdy steel hands. This colour scheme was a hit because it was also inspired by the “Alaska Project III” model that was created for NASA in 1978.

After the watches were temporarily allocated following the initial reservation online, another 7,500 people were put on hold till the watches were officially sold to their owners. You’ll be able to get one for almost twice the US$6,500 retail price on the pre-owned market now. 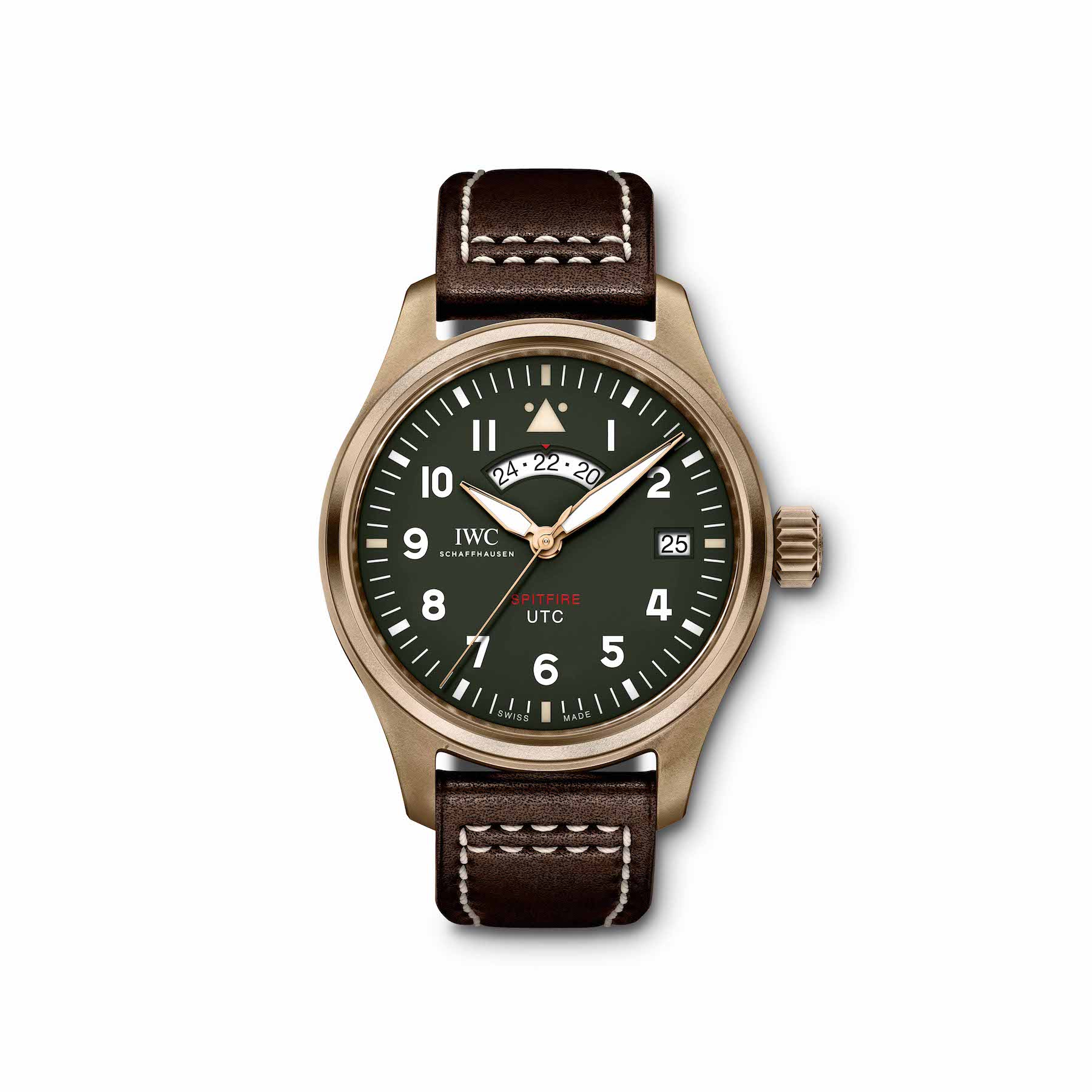 IWC not only gave its Pilot’s Watches the attention it well-deserved this year, it also resurrected one of the line’s most signature complications, the Universal Time Coordinated”, or UTC. This  Spitfire Edition, in particular, stole the hearts of collectors worldwide with its 41mm matte bronze case and olive green dial, which paid tribute to the legendary 80-year-old aircraft.

As expected of a limited edition watch, interest for all 271 pieces worldwide should already be accounted for, so expect to be put on hold indefinitely. The same goes for its latest Timezoner, of which only 250 pieces will ever be produced.