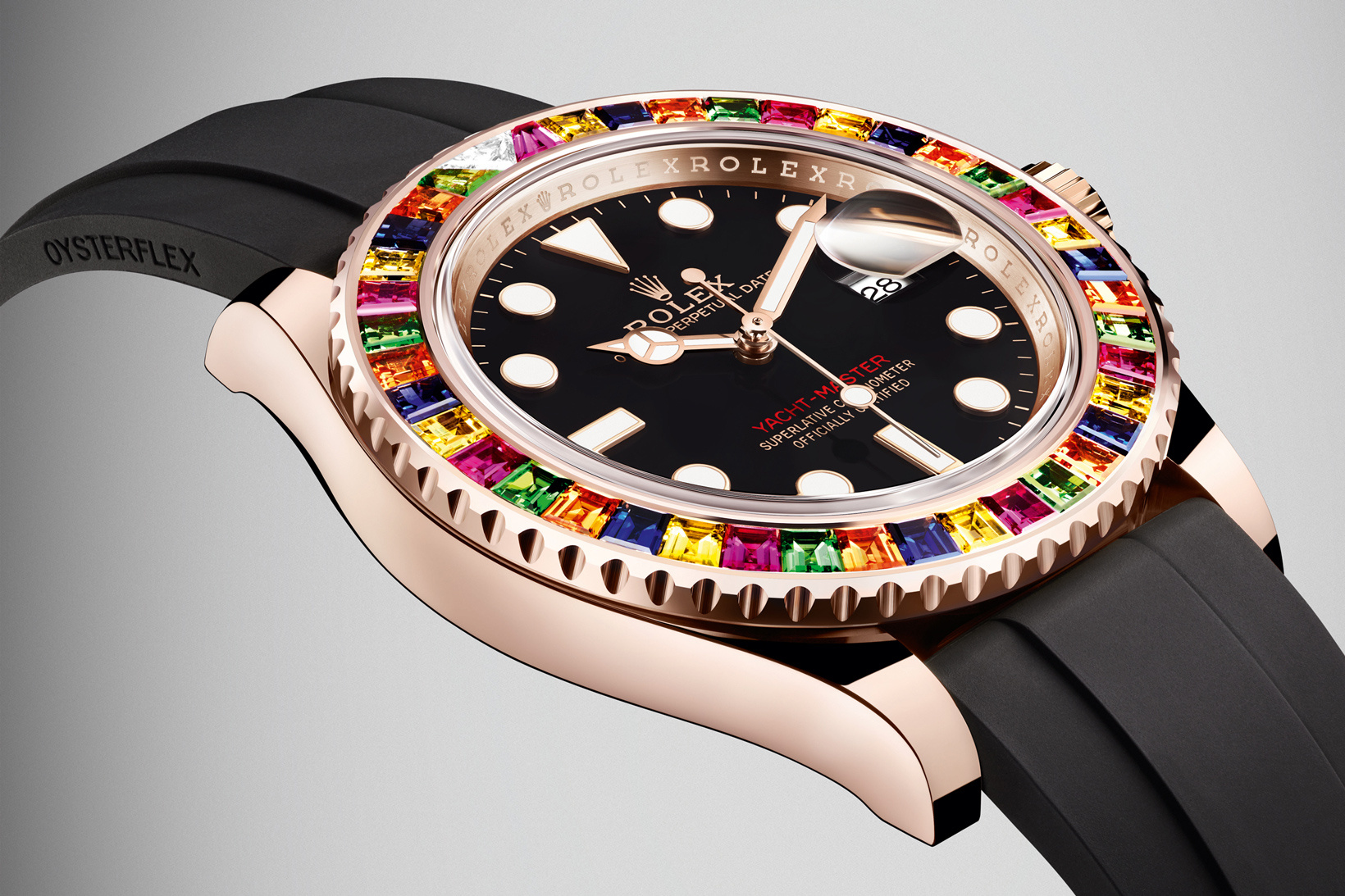 Baselworld has come a long way since its beginnings in 1917. Back then, only 29 Swiss exhibitors showed at the event. A century later, that number has increased to a staggering 220, making it one of the most anticipated shows on the horological calendar.

Held from 23 March till today, the past week at Baselworld 2017 has seen all the key players in the industry converge in an attempt to outdo each other with spiffy designs and new technology. The result is a whole lot of cool watches to look forward to for the year ahead.

While Rolex proved it took its rapper clientele very seriously with a ridiculously blinged-out Yacht-Master 40, Zenith pushes ahead in the race with a remarkable chronograph resolution of 1/100th of second. Hublot’s ghostly Spirit of Big Bang Sapphire is also a sight to behold with its fully transparent case.

The list could go on forever, but here are 5 watches from Baselworld 2017 we can’t wait to see in person. 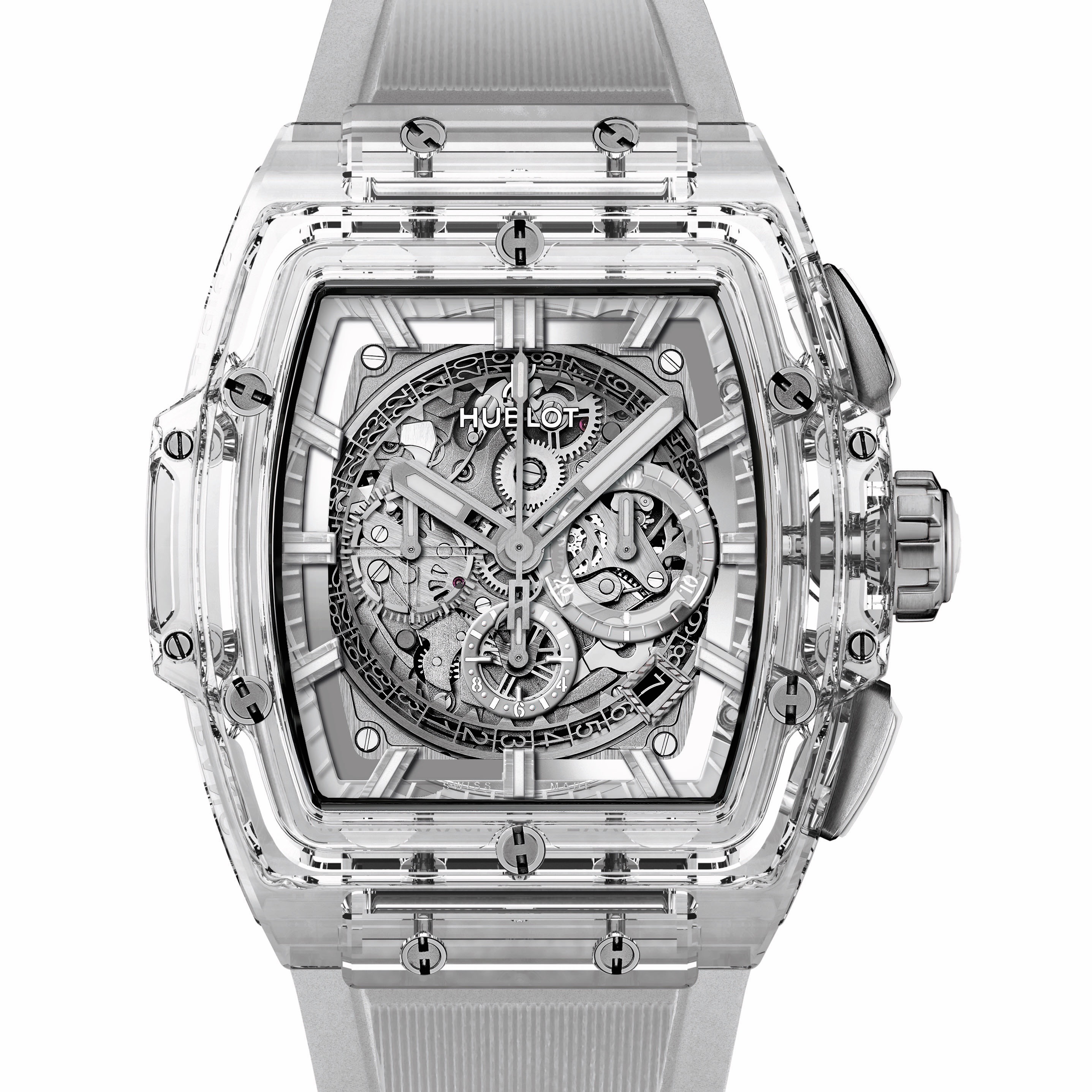 Hublot has gone the other end of the spectrum, it seems. Following the All Black concept, the new barrel-shaped Spirit of Big Bang Sapphire is now entirely transparent to make for a truly intriguing timepiece, revealing its architecture and movement for all to see. Fashioned from 3D machining and an extremely laborious 100 hours of work, this watch ranks 9 on the Mohs scale for being scratch-resistant — making it only one notch below diamonds. Within this 250-limited edition piece, you’ll see the same HUB4700 automatic skeleton chronograph operating at 5Hz with 50 hours of power reserve. 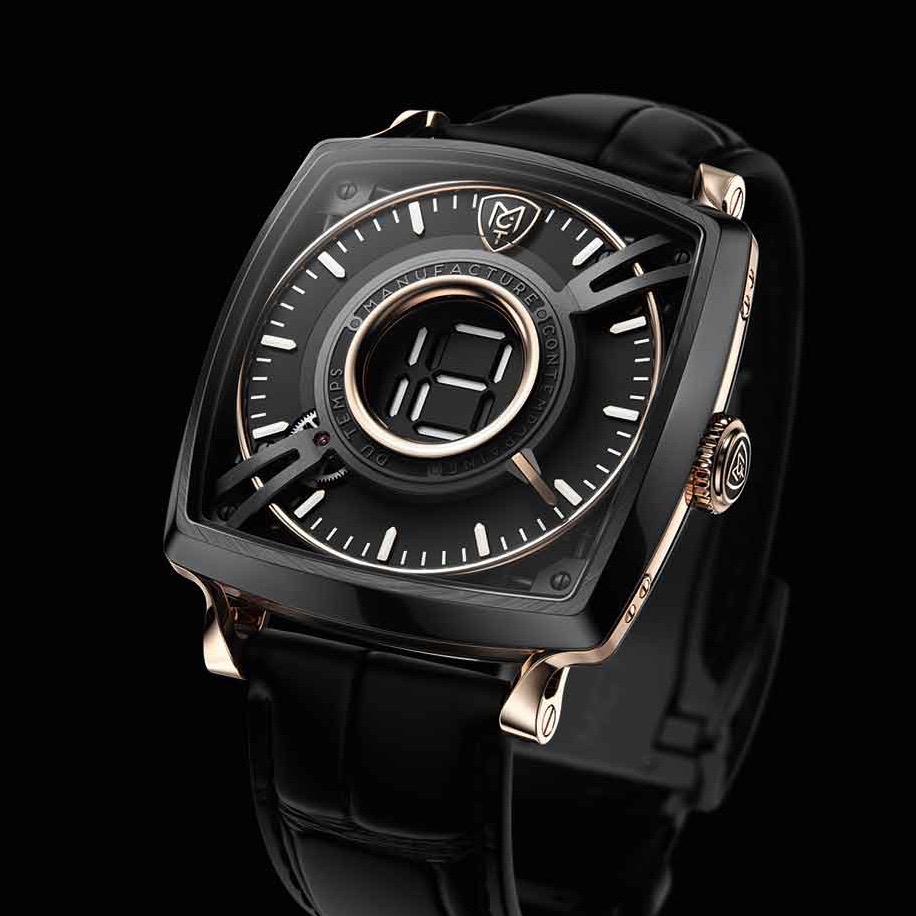 A mechanical nod to the electronic watches of yesteryear, the Dōdekal One is the first-ever mechanical watch to feature digital hours display right smack in the centre of the dial. And in a very unusual manner too, because the oversized hour numerals are presented via a nine-segment display. The switch of the hours is a smooth 2.5-second transition — powered by a set of cams and driven by the new in-house Calibre D1 — and minutes are shown traditionally via a short red hand. A limited edition of 25 pieces, this watch will set you back by S$86,300, but hey, at least you’ll get an alligator leather strap. 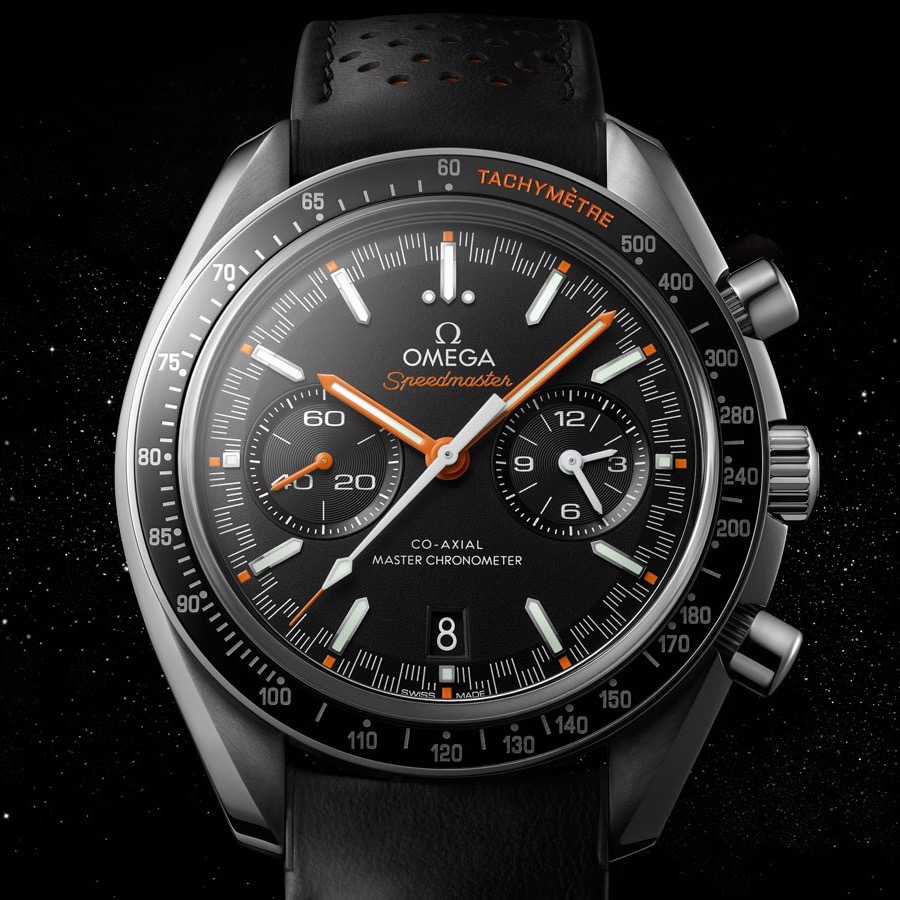 It’s the world’s most recognised and only NASA-approved chronograph, so we’re not surprised the Omega Speedmaster Moonwatch Master Chronometer released last year is given a new look — and new name — for its 60th birthday. Instead of its space heritage, Omega has decided to recall the Speedmaster’s motor racing legacy, evidenced by the distinctive 1960s “alternating” minute-track design. On its matte black dial, contrasting orange accents are accompanied by bevelled 18k white gold arrowhead indexes with white Super-LumiNova for both legibility and retro appeal. The 44.25mm watch will retain the same two-register automatic chronograph movement. 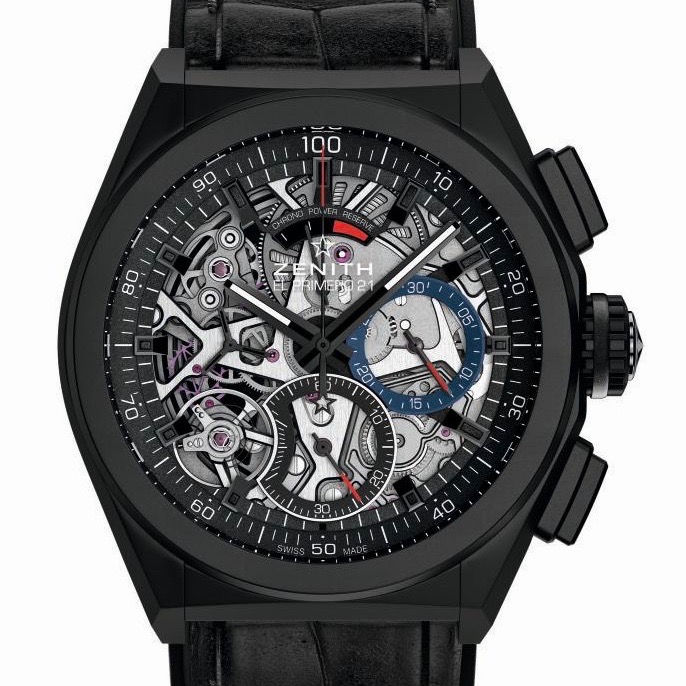 The chronograph game was revolutionised with the El Primero back when it was launched in 1969 with its high 36,000vph. This meant the chronometer could be specced to time a tenth of a second, and to date, it remains the world’s most accurate series-made chronograph. Now, Zenith’s new offering will be 10 times faster and more precise, with a resolution of 1/100th of a second (shown on the central chronograph hand). While the timekeeping half of the watch has a power reserve of 50 hours, the 1/100th of the second chronograph has its own mainspring and 50-minute power reserve, indicated on the dial’s 12 o’clock. The 44mm timepiece will also see angular lines inspired by its early namesakes and will be available in a fancier black ceramic open-worked dial option. 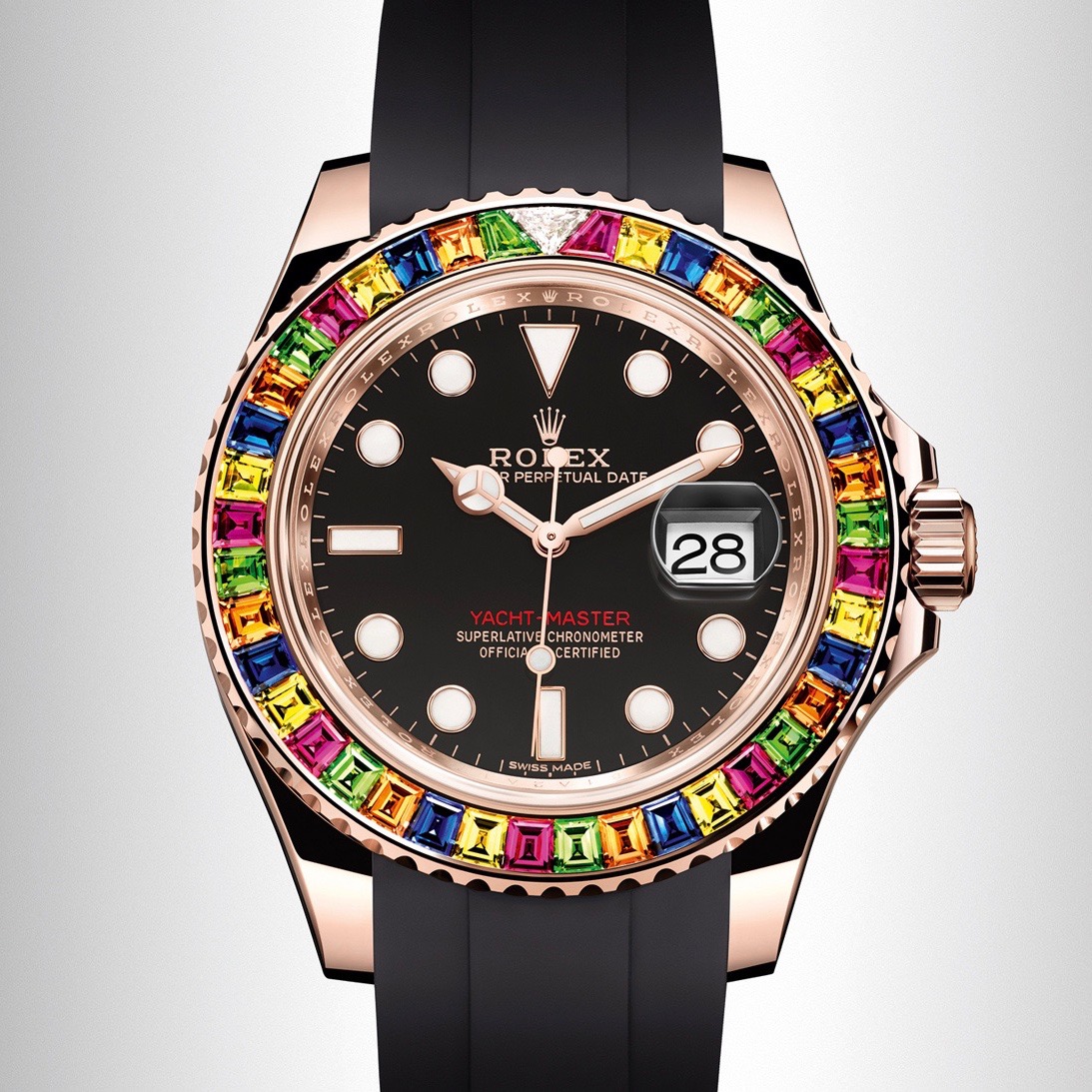 If your average Yacht-Master is making you yawn, here’s one that will surely up your collection game. The horological giant has put adorned its classic sport watch with some serious bling around the bezel — 32 sapphires, eight tsavorites and one diamond, to be precise. The rest of the 40mm watch is identical to the 18K Everose gold Yacht-Master launched two years ago, with the self-winding mechanical 3135 movement within.