Every two years, watch manufacturers — both big names and independents — come together like clockwork to flex their muscles for a good cause: The Only Watch auction. These one-off watches are not only a collectors’ dream, they’ll also go under the hammer on 9 November in Geneva to raise valuable funds for research on Duchenne muscular dystrophy, a devastating disease that affects one in 3,000 male births.

Presided by Christie’s, the Only Watch 2019 auction — now in its eight edition — has raised CHF40 million (S$55 million) so far, a remarkable sum which sees 99 percent of the proceeds go directly into the funding of research projects. As the world’s largest gathering of unique pieces, however, this also means that brands don’t waste the opportunity in showing what they can do.

As such, expect surprises. Heavy hitters such as Patek Philippe, Blancpain, and Audemars Piguet always do well (unsurprisingly), but firms such as Tudor have punched well above their weight class too. Four years ago, its Black Bay One sold for CHF375,000 (S$517,000) — over 120 times list price.

The watches will be due for a tour around the world before hitting the auction house, so breaths will be held till this year’s offerings work their magic at the auction in the Four Seasons Hôtel des Bergues. 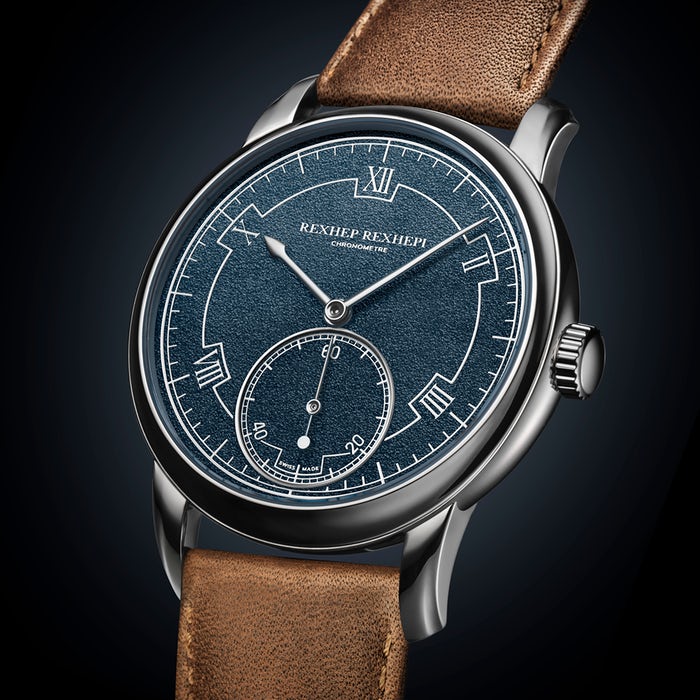 Rexhep Rexhepi might be a young gentleman but he knows how to pull at the heartstrings of even the wisest watch collector. The Chronometre Contemporain is perhaps one of his biggest success stories, and rightly so with its Art Deco-esque lines and insisting on the use of traditional watchmaking techniques.

For Only Watch 2019, he takes this craftsmanship to the next level by employing J.P Hagmann — of Blancpain and Patek Philippe fame — to craft its platinum case, giving the watch instant pedigree status. Then there’s the multi-layered grand feu enamelled dial, rendered in a unique blue-grey shade that’s seldom utilised in watchmaking. This is delicately contrasted by white enamelled numerals, arranged in his trademark symmetrical architecture.

Inside, the in-house movement is handmade with the same finishing techniques as centuries ago (a rare trait today), making it one to watch at the auction this year. The Montblanc 1858 Split Second Chronograph Limited Edition turned heads earlier this year not only for its new complication, but also for its seriously good looking bronze and glossy black facade. For the auction, the adventure-inspired timepiece comes in the same aesthetics, except the bronze case is swapped out for a satin-finished titanium one, and the dial, for blue Agate stone instead.

The result is a refreshingly new watch. The semi-precious stone lends a natural sunburst pattern to the timepiece, showing off the original 1930s Minerva chronograph-inspired aesthetics to its full potential. 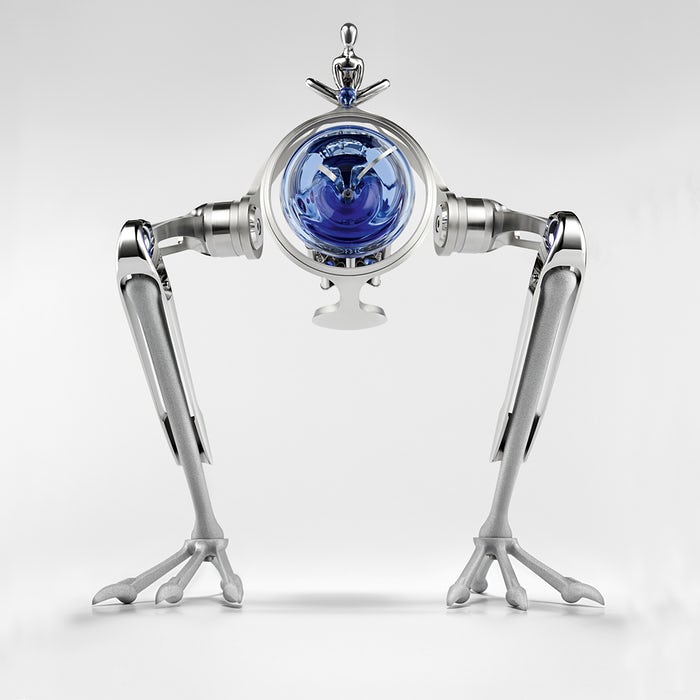 This is obviously not a watch but it’s hard to not include this intriguing contraption, especially when it comes from MB&F. Known for making some of the wildest clocks on the planet, the Swiss firm manages to illicit double takes again this year with a little help from fellow high-end clock manufacturer L’Épée.

Tom & T-Rex here is a variation on a soon-to-be-released clock called T-Rex. In typical MB&F fashion, this is more than a strange timekeeping device; Tom represents the children affected by Duchenne Muscular Dystrophy — the cause behind this auction — and T-Rex is his friend who brings him on adventures.

The unconventional representation of hope stands at over 30cm, and tells the time through a translucent dial within the hand-blown blue Murano glass. Most interesting however, is the fact that the legs of T-Rex were fashioned from 3D scans of actual Tyrannosaurus Rex bones, adding even more whimsy to this exceptional table clock. 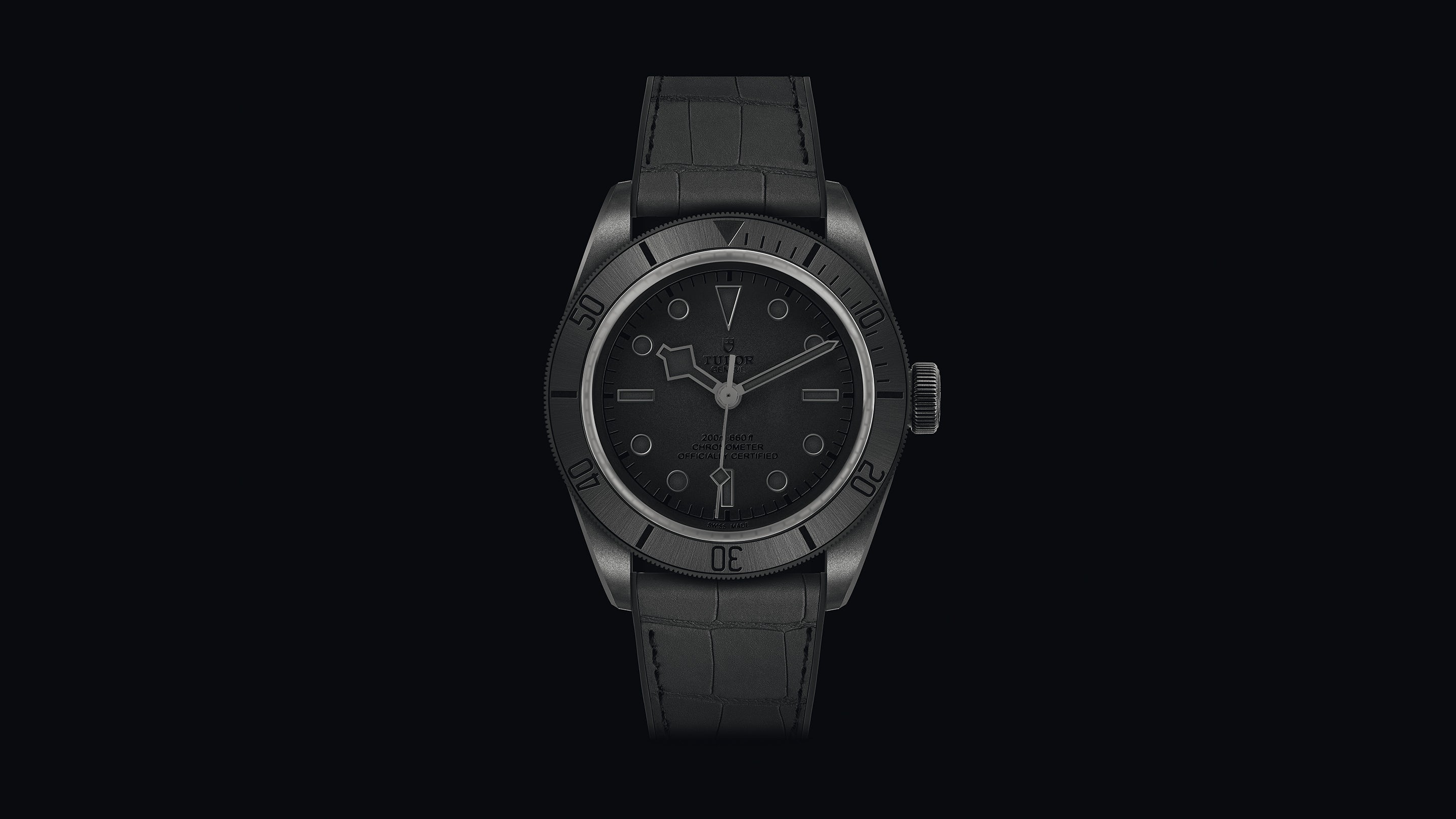 You’d be familiar by the Black Bay’s black-on-black colour scheme by now, but Tudor isn’t quite done with the obsidian treatment. Quite the contrary, its latest one-off is darker than ever.

While the low contrast look might make legibility an issue, the Black Bay still looks incredibly suave and stealthy. It shares more of its looks with the standard steel Black Bay, except it’s crafted from ceramic, titanium, and steel — three of what is perhaps the trendiest watchmaking materials now. At 41mm, the timepiece will have no trouble sitting pretty on many wrists, and its markers and hands are lined with lume for nighttime reading.

The hybrid strap, a mix of black alligator and rubber, is a curious mix of materials too, but works to complement the overall matte-ness of this unique take of the Black Bay. 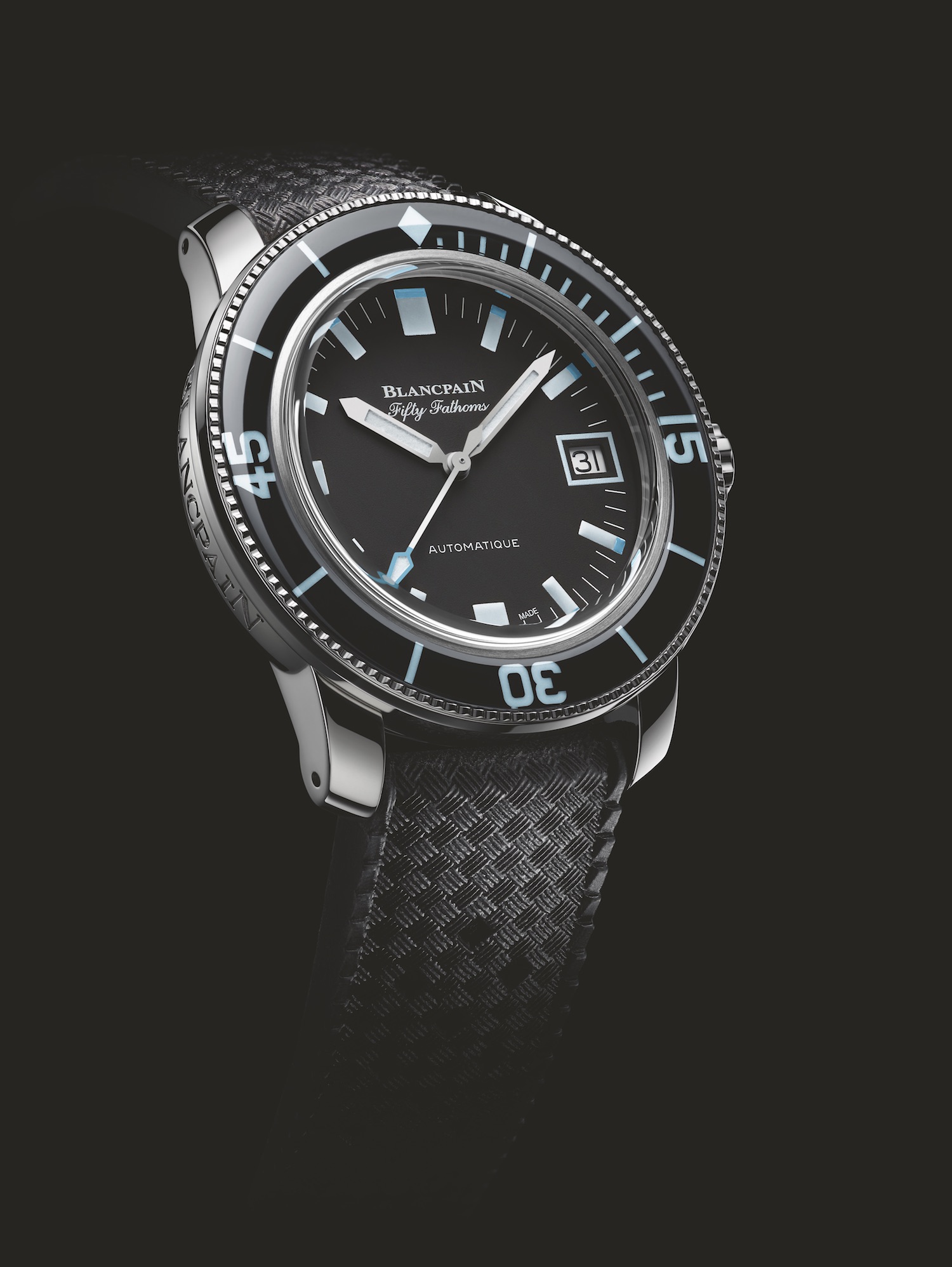 Another set to win the hearts of collectors is Blancpain’s new take on the Fifty Fathoms Barakuda. Quite a few new changes aesthetically, the most obvious being the departure from its original-inspired dial design to a more contemporary and monochromatic one.

As the only Barakuda without the aged radium look, the modern interpretation sees light blue accents at the tip of the seconds hand as well as its numerals on the bezel, and glows a similar shade when in the dark. Icy looks aside, the 40mm timepiece features the calibre 1151 and has a water resistance to 300m; it is, after all, supposed to be a watch worthy of the German Navy.

Style Watches Luxury Timepieces Watch Auction Only Watch 2019
Shatricia Nair
Senior Writer
Shatricia Nair is a motoring, watches, and wellness writer who is perpetually knee-deep in the world of V8s, tourbillons, and the latest fitness trends. She is fuelled by peanut butter and three cups of coffee a day.
Motoring Wellness Watches

Style
10 vegan fashion items to add to your cruelty-free closet
Culture
The most gripping true crime documentaries on Netflix to watch now
Culture
We asked a tarot reader for messages of growth amidst a global pandemic
Food & Drink
Odette, Asia’s reigning best restaurant can now be enjoyed at home
Living
Singapore, how did we fail our migrant workers?
Culture
The pink supermoon, WhatsApp limits message forwarding and more good news you deserve
Style
A look at Sergio Rossi’s iconic shoes, from the Opanca sandals to his Versace pumps
Food & Drink
William Grant & Sons to launch the very first virtual bar in Singapore
Culture
Pick up a new skill at home with one of these online language courses
Sign up for our newsletters to have the latest stories delivered straight to your inbox every week.