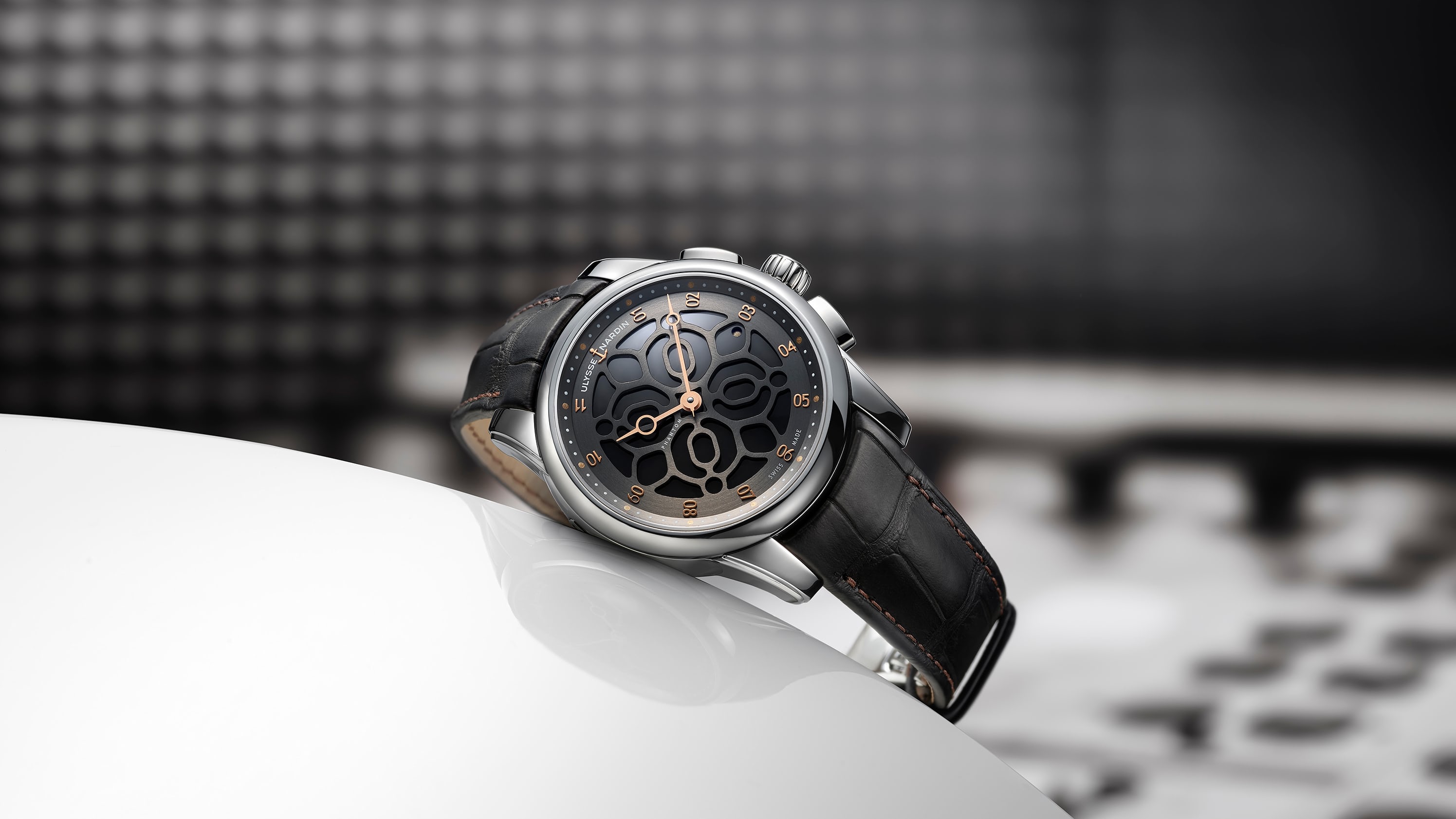 Timekeeping has always been a visual affair, but before electric lighting was invented, there was a need for watches which could tell the time in the dark. Today, we have SuperLuminova which gives the markings a bright glow, but ancient times called for ancient methods, and the striking watch was born.

With its ability to sound the hour and quarter-hour by means of hammers hitting gongs or bells, the striking watch allowed people to hear the time instead of reading it. It might be charmingly obsolete now that we’ve progressed as a species, but that hasn’t stopped watchmakers from creating these little aural delights. Ulysse Nardin, while no stranger to exotic complications, has also championed innovation for years. Today, it marries the two with the the new Hourstriker Phantom.

Like all striking watches, the Hourstriker Phantom romantically chimes the time, only this time the limited-edition wristwatch is made in partnership with high-end French audio firm, Devialet. While this might all seem a little gimmicky, the partnership between the two names was actually a rather natural one. The main designer of Devialet is Emmanuel Nardin, the great-grandson of Ulysse Nardin. Plus, if there was a brand more capable of improving the acoustics of an age-old complication, it would be one that was an expert in sound.

The brief for the Devialet was simple: To achieve more volume out of the chiming mechanism without compromising on the quality of sound. Audemars Piguet’s Royal Oak Concept Supersonnerie managed 54.5 decibels. In comparison, the Ulysse Nardin Hourstriker Phantom delivers 85 decibels, which is essentially on the same sound level as a noisy restaurant.

Inside, the watch operates on the similar principle; a hammer strikes a gong to produce sound waves that travel through the movement and case before being heard, and a thin membrane usually serves as an amplifier. The slightly revised system here transmits the vibrations to the membrane directly instead to prevent the sound from diffusing.

This aesthetic quality here is just as pleasing as its aural mechanics. The satin-brushed anthracite dial is inspired by Ernst Chladni — the ‘father of acoustics’ — and his discovery of patterns that vibrations make on a rigid surface. The 43mm polished case was chosen to be crafted in titanium not only because it lends a sleek look, but also because it helps extend the resonance of the chime.

The striking complications scene has always been a traditional and rarified one, so this innovation might just stir the interest it deserves again. The Ulysse Nardin Hourstriker Phantom will only be available in 85 pieces, for a (relatively) reasonable price of approximately S$109,000.