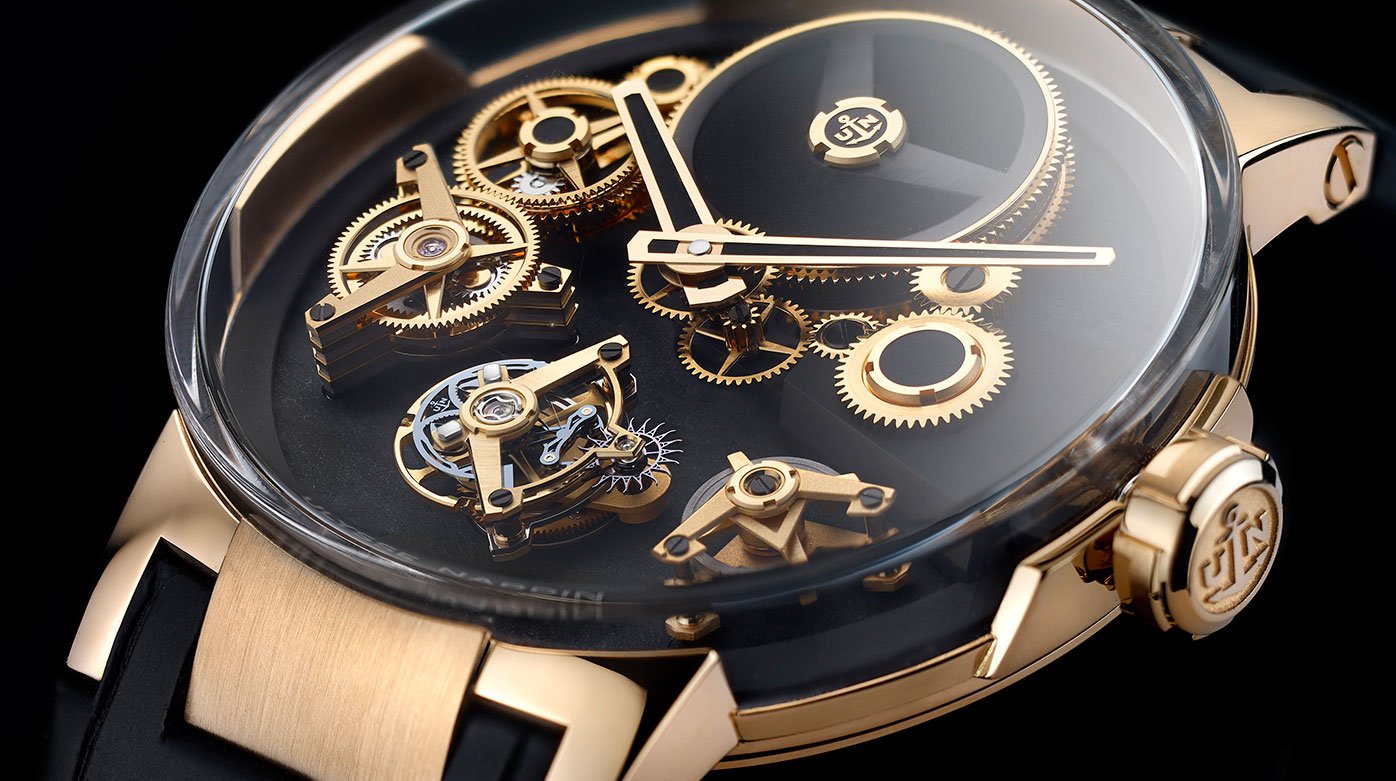 Haute horology is a concept often restrained by countless rules and theories but Ulysse Nardin wants to change all that with its latest high-complication offering this year. Named the Executive Tourbillon Free Wheel, the Swiss establishment’s new seven-day manually wound tourbillon wunderkind raises the bar for skeleton watches with cleverly-fashioned floating components.

Besides being downright visually appealing, this revolutionary style of watchmaking essentially flips the rules of a conventional watch: A beautifully enamelled or engraved dial in front, mechanical components visible at the back. Indeed, many manufacturers have dabbled with skeleton watches to great success in a bid to show off technically superior movements, but none have gone to such lengths to isolate and push only the most important elements to the forefront.

Never mind the fact that the box-domed sapphire crystal alone took Ulysse Nardin’s research and development team months to perfect, which is raised to provide room for the three-dimensional display while keeping the sides straight to allow for the perfect view at every angle. The awe-inspiring mechanical visage within though is where the team really puts its money where its mouth is.

The tourbillon is suspended at six o’clock by a minimal boomerang-shaped bridge, while another keeps the power reserve indicator in its four o’clock position. The proprietary in-house Anchor Escapement within uses non-magnetic and low-friction components that keep wear and tear to a minimum without compromising on the watch’s accuracy. Inside, the brand new calibre UN-176 beats at 18,000vph and offers a respectable power reserve of around seven days.

The brand has always embraced revolution — just look at the Freak line — but the Executive Tourbillon Free Wheel adds a sense of liberation to watchmaking and its appreciation. Perhaps the biggest irony is how much its elevated level of craftsmanship and innovation has disrupted the status quo of the horological world.

The little islands of intrigue dotted throughout the hefty 44mm case sit either against a dark slate dial for the yellow gold version, or a grey honeycomb grid for the white gold case. Both excel in reinforcing the illusion of the lack of mechanical links between the parts. The slight asymmetry doesn’t negate the watch’s overall balanced layout, but even someone with an OCD for centrality would be hard pressed to pick on a watch this intriguing. To emphasise the idea of inversion, Ulysse Nardin rendered its caseback in sapphire crystal too, despite not having anything to show for now that the components have been pushed to the front.

The idea of weightlessness and mechanical freedom has always been explored and attempted, but none have managed such a literal yet sophisticated interpretation, until Ulysse Nardin’s Executive Tourbillon Free Wheel.