Home > Style > Watches > Uncomplicate this: Why the Grande Sonnerie is more than just bells and whistles 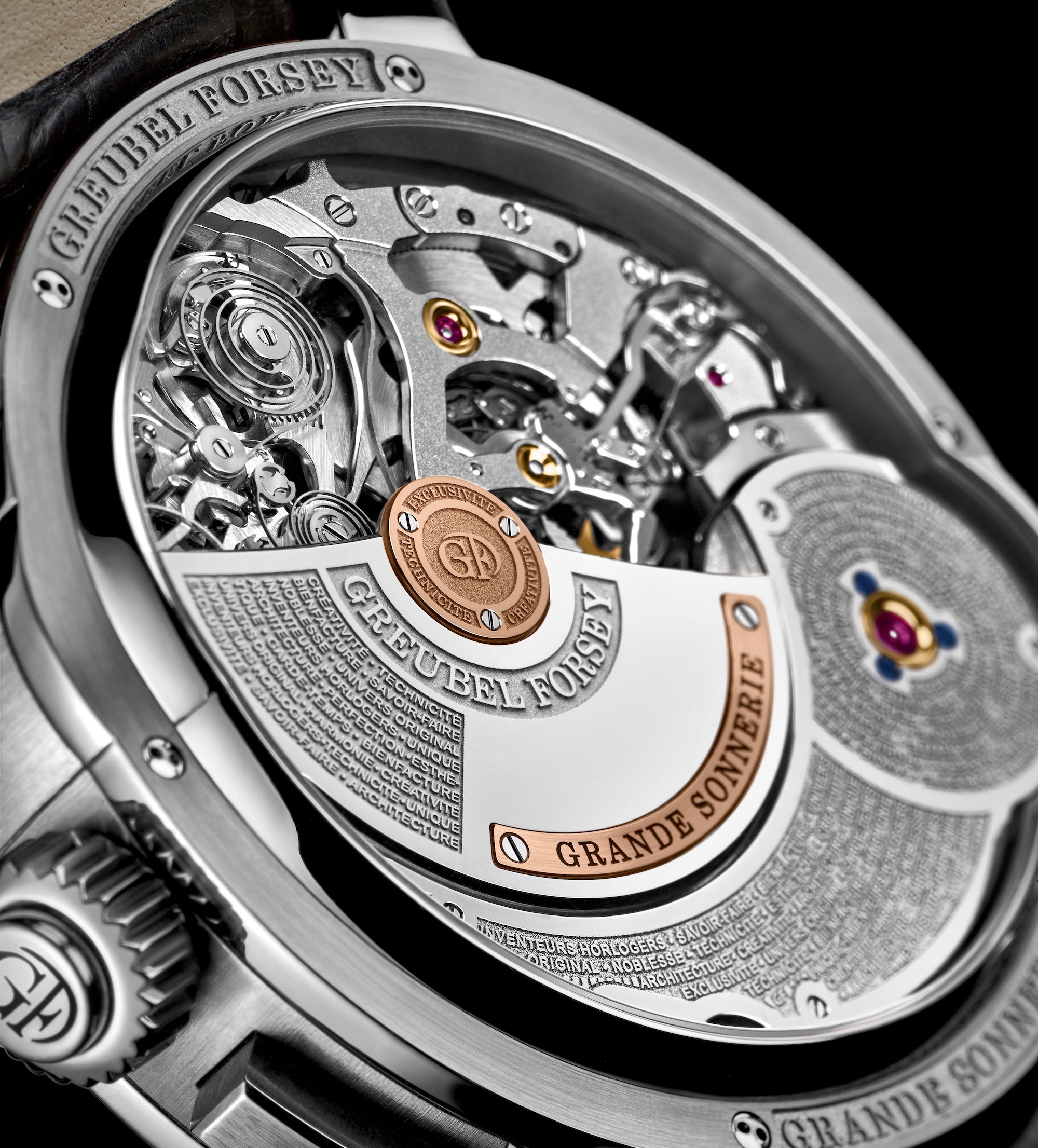 Uncomplicate this: Why the Grande Sonnerie is more than just bells and whistles

Style
Uncomplicate this: Why the Grande Sonnerie is more than just bells and whistles
Share this article
Next article

Watches have long been a visual element in people’s lives, from the way a tourbillon pirouettes purposefully within its rotating cage, to the guilloched dial that an artisan spent hours hand-crafting. What they’ve been neglected for, however, is the fact that they’re also very aural accessories, and this goes beyond the mere systematic ticking of the seconds.

Style
Uncomplicate this: Rattrapante, and why two seconds hands are better than one

A grande sonnerie — like the minute repeater — is the perfect example of how timekeeping can be just as exciting on the ears as it is to the eyes. French for “grand strike”, it’s a complication within a mechanical watch that combines a quarter striking mechanism with a repeater. Like an upgraded minute repeater, which chimes the hours, quarters and minutes upon activation, a grande sonnerie chimes the hours and quarter automatically.

More than just bells and whistles

Which begets the question of why people would covet a complication which essentially can’t shut up. The good news is that there’s usually a silent mode on a grande sonnerie timepiece — quite an irony in today’s tech-driven world. However, it’s far from being the beeping digital Casio watches of today —  here’s why you won’t want to silence this aural beauty.

Unlike a minute repeater, which chimes the time on demand, a grande sonnerie is a more extravagant show of expertise and watchmaking finesse simply because it needs to strike four times every hour, 24 hours a day, 35,040 times a year. This demanding operation not only requires an energy supply ample enough to keep both the time and the striking complication, but also that the chime is accurate with the right tone and number of strikes.

For a complication that operates on the same degree of precision as a digital watch or smartphone, it actually boasts a history that dates eons back to 1678, where English watchmaker Daniel Quare invented the chiming clock with a bell attached to it. Grandfather clocks are a charming example. It wasn’t till 1738 — when Abraham-Louis Breguet invented a gong spring that could sit within the movement — that the bell was unnecessary, shifting the “technology” from clocks to pocket watches. They were a necessity to tell the time in the dark before artificial illumination was a thing.

For your aural pleasure

Now ousted by modern technologies courtesy of Thomas Edison, the striking watch has become a novelty that only a handful of the finest watch brands dabble with. While they can be built in several variations, they all function via spiral gongs and tiny hammers. The materials in which the gongs are made from and the size and number of hammers all influence the final tonality of the watch.

On each quarter hour, the grande sonnerie sounds the hours and the quarters on two separate gongs for differentiation. For instance, 4.15pm would see the watch strike once on the high pitch gong, then four times on a lower pitched one. Occassionally, some watchmakers rise to the occasion to incorporate a Westminster chime (demonstrated in the video above) — the same melody as London’s famous Big Ben’s.

Greubel Forsey’s first foray took flight in the namesake Grande Sonnerie watch last year, combining the defining complication with an optional petite sonnerie (“small strike”) mode, which will trigger the watch to only chime at the passing hour. F.P. Journe, Patek Philippe, Bvlgari, and Jaeger-LeCoultre have also attempted the fearsomely complex complication to great success. Audemars Piguet deserves special mention for its dedication to putting out not only the perfect pitch and tone, but also the best projection of sound with its Royal Oak Concept Supersonnerie. Made in collaboration with experts at the École Polytechnique Fédérale De Lausanne (EPFL) science and engineering institute, the watch can be heard from an astounding distance — it chimes at a frequency of 4,000Hz, roughly the same as a bird chirping.

We’re now well into the 21st century, but the carefully choreographed dance of motion by the gongs and its crystal clear symphony still manage to captivate watch enthusiasts with their ability to transform a mere timekeeping device into a portable music box. It’s as frivolous as it gets, but what better way to stand out than with a timepiece you don’t even have to look at for the time?