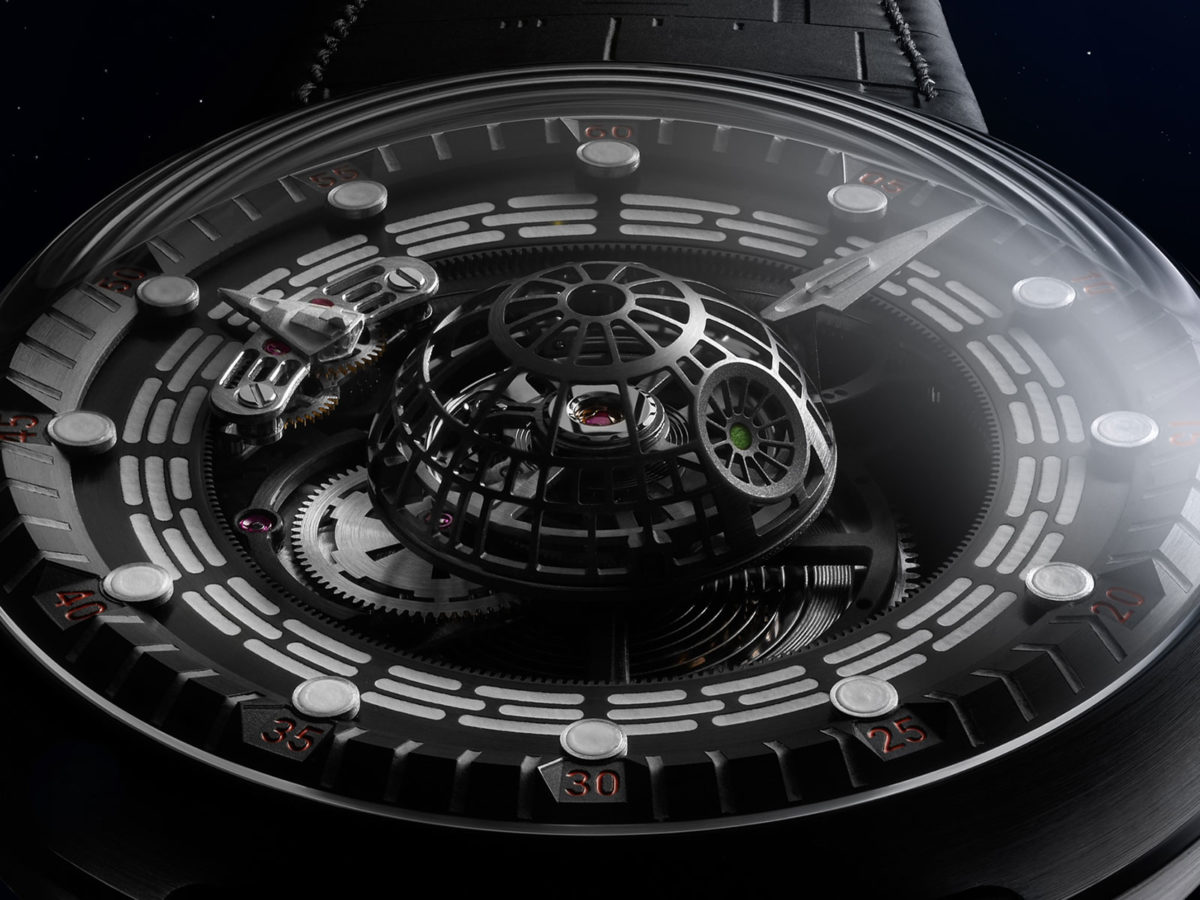 Style
A Death Star Tourbillon, Omega’s new Bronze-Gold Seamaster, and other watch news this week
Share this article
Next article

Watches & Wonders might be a week from now but that hasn’t stopped watchmakers from unveiling some pretty spiffy innovations the past week.

For one, MB&F is hitting its 10-year milestone in the best way it knows how — with a limited edition timepiece that’s a culmination of its watchmaking experience over the decade. Meanwhile, Omega has been busy with not only a new Seamaster, but also a brand new material that we’re sure will be a big hit amongst avid watch collectors.

Even fans of Star Wars will have something to celebrate about and we’re not talking a new season of The Mandalorian (yet). From a Death Star-themed watch to a patent-pending bronze watch, here are all the watch news to get acquainted with this week.

A wristwatch fit for Darth Vader 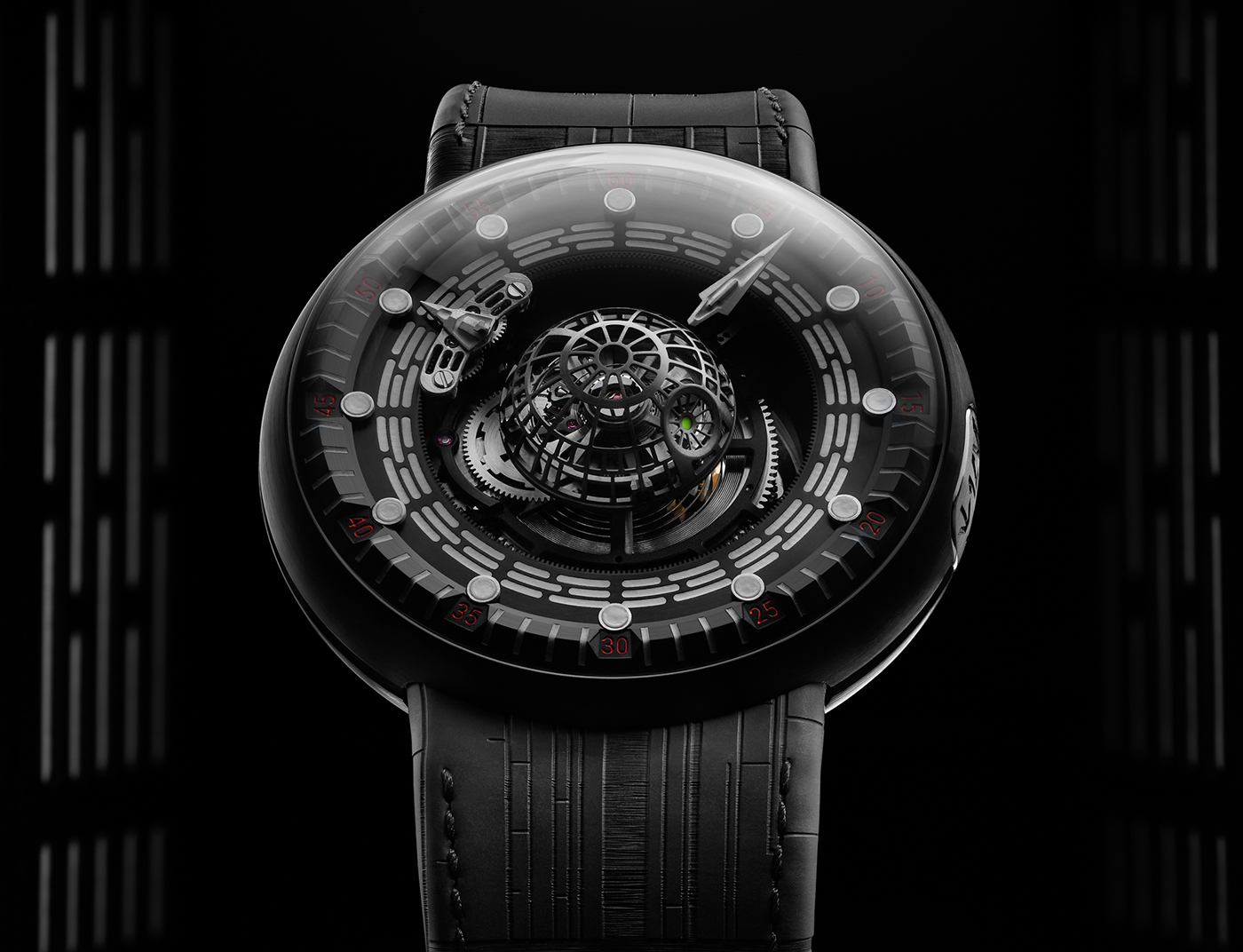 So you’ve got vintage movie posters and all the Lego specials. Now you can up your Star Wars collection game rather significantly with the new Death Star Tourbillon, a US$150,000 (approx. S$202,000) by Kross Studio that’s inspired by the biggest menace in space.

Housed in a 45mm black titanium case, the timepiece sees a tourbillon that makes one revolution per minute within a detailed Death Star-shaped cage. The hands continue the theme by being shaped like Imperial Star Destroyers, and are affixed to a peripheral display that also orbits 360 degrees around the tourbillon.

Through all these, the in-house manual movement can be clearly seen through the sapphire crystal dial and even feature distinctive wheels that are inspired by the Empire’s infamous emblem. Only 10 numbered sets are available, and will come in a “Kyber Crystal” prop that appeared in Rogue One: A Star Wars Story.

Montblanc unveils a faithful re-edition of a 1930s classic

Reproductions of vintage watches, while popular these days, are almost rarely faithful reinterpretations of the original ones. Montblanc, however, has made it a point to ensure that almost every element of its 46mm military chronograph, — originally created by Minerva — has been retained.

The 1930s-style monopusher chronograph in bronze comes with the same black dial, rose gold cathedral-shaped hands, and Arabic numerals, although the latter is now filled with lume for better visibility at night. The watch even has the original Minerva marking on at 6 o’clock, as well as the same bi-compax counters for the large small seconds and chronograph minutes indications, alongside a railway minute track.

The biggest Easter egg however, lies behind; beneath the officer-style cover that’s laser-engraved with a 3D image of the Greek goddess Minerva is the manufacture caliber MB M16.29, a reconstruction of the original caliber 19-09CH right down to the V-shaped bridge design.

A French inscription is also revealed upon opening, and reads in English as “Re-edition of a Minerva military chronograph from the 1930s equipped with a hand-made calibre following the Swiss watchmaking tradition.” 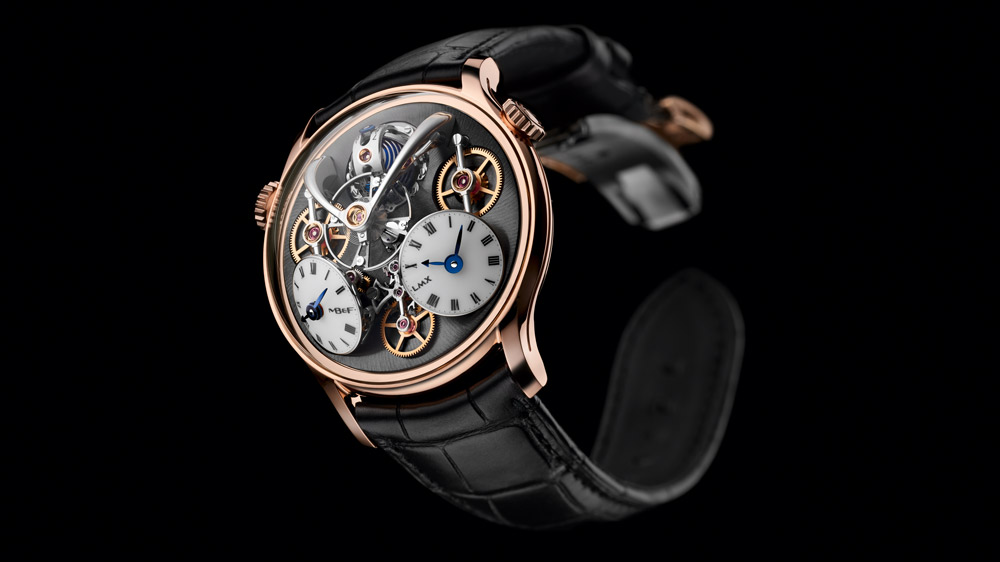 It’s been a hot decade since MB&F first took the world by storm with its ultra-complicated, other-worldly designs and celebrations are in order. The avant-garde watchmaker has conceived two versions of  the LMX (aka Legacy Machine 10) for this occasion, one in an 18-karat 5N red-gold case with a black NAC dial and another in a grade 5 titanium case with a blue-green CVD dial. Whichever you choose, you’ll find the company’s sixth fully conceived in-house movement within its domed sapphire crystal glass.

New features of these limited edition timepieces include a bespoke balance wheel with an inertia block instead of traditional screws for even greater accuracy, as well as the unique power reserve display that’s now presented in a three-dimensional format to showcase its seriously impressive 168 hours of run time. The LMX retails from US$112,000 (approx. S$150,850) on MB&F’s e-shop here. 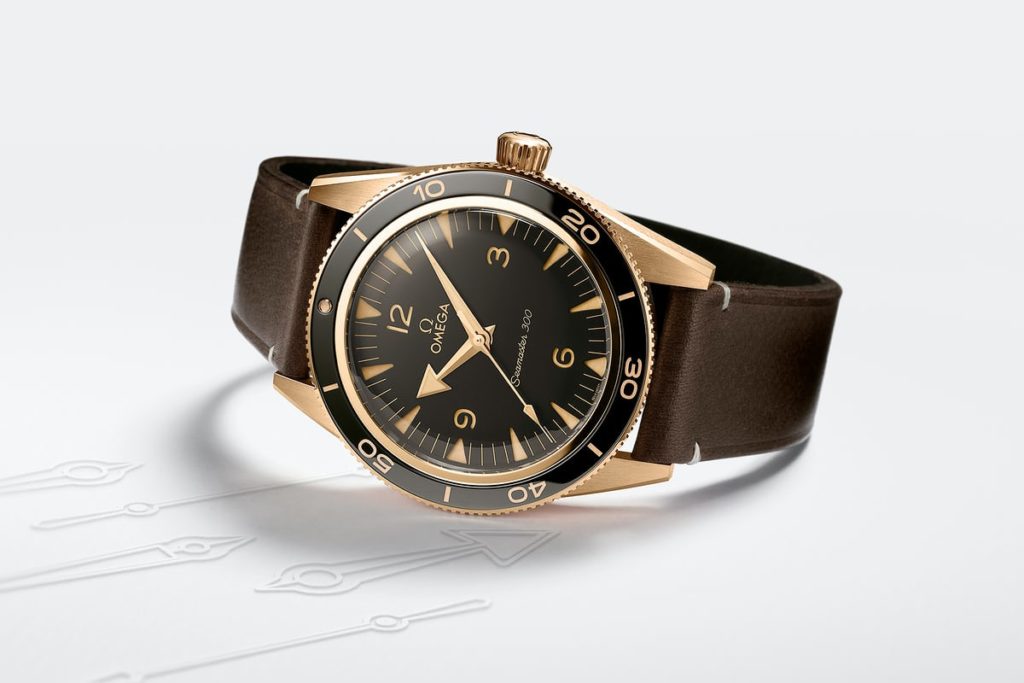 On a Seamaster 300, no less. With bronze fast gaining in popularity, it was only a matter of time before Omega used the charming material in its watches, except the manufacturer wasn’t going to settle for anything less than a patent-pending alloy. This unique mix of gold, palladium, and silver promises to give the watch the look and patina that wearers so love about bronze, but without the green oxidation that usually comes with it.

To match this new material is an oxidised bronze dial, brown ceramic bezel insert, and a diving scale with vintage Super-Luminova. The movement sees Omega’s in-house Co-Axial Master Chronometer Caliber 8912, which is magnetic resistant and has a power reserve of 60 hours. Available at S$16,550 at Omega’s boutiques.

Bremont puts a chronograph into the Supermarine 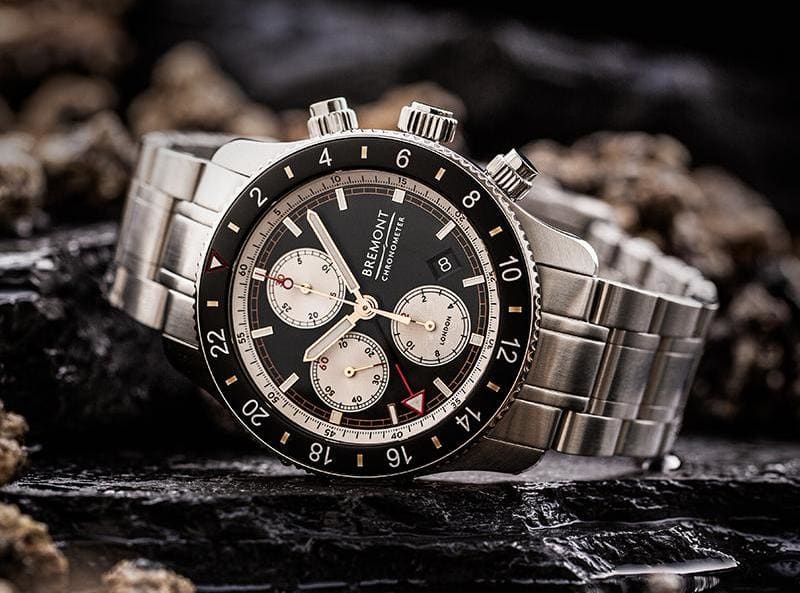 This rugged GMT chronograph joins the British watchmaker’s Supermarine collection as part of the festivities around its opening of the ‘Wing’ manufacturing facility in the English countryside.

The 43mm stainless steel timepiece — with a robust black DLC-coated case — comes outfitted with a La Joux Perret GMT chronograph movement, and will be put to the ultimate test by the brand’s latest ambassador, former Royal Marine Commando and SBS operator, Jason Fox, on a gruelling reality TV show. The new timepiece will also come in a blue variant with a matching bezel, dial, and rubber strap.

The Bremont Supermarine Chrono retails from US$6,795 online here.

Style Luxury Timepieces Watch news new watches 2021
Shatricia Nair
Deputy Editor
Shatricia Nair is a motoring, watches, and wellness writer who is perpetually knee-deep in the world of V8s, tourbillons, and the latest fitness trends. She is fuelled by peanut butter and three cups of coffee a day.
Motoring Wellness Watches