Home > Style > Watches > Your guide to the moonphase, watchmaking’s homage to the lunar cycle 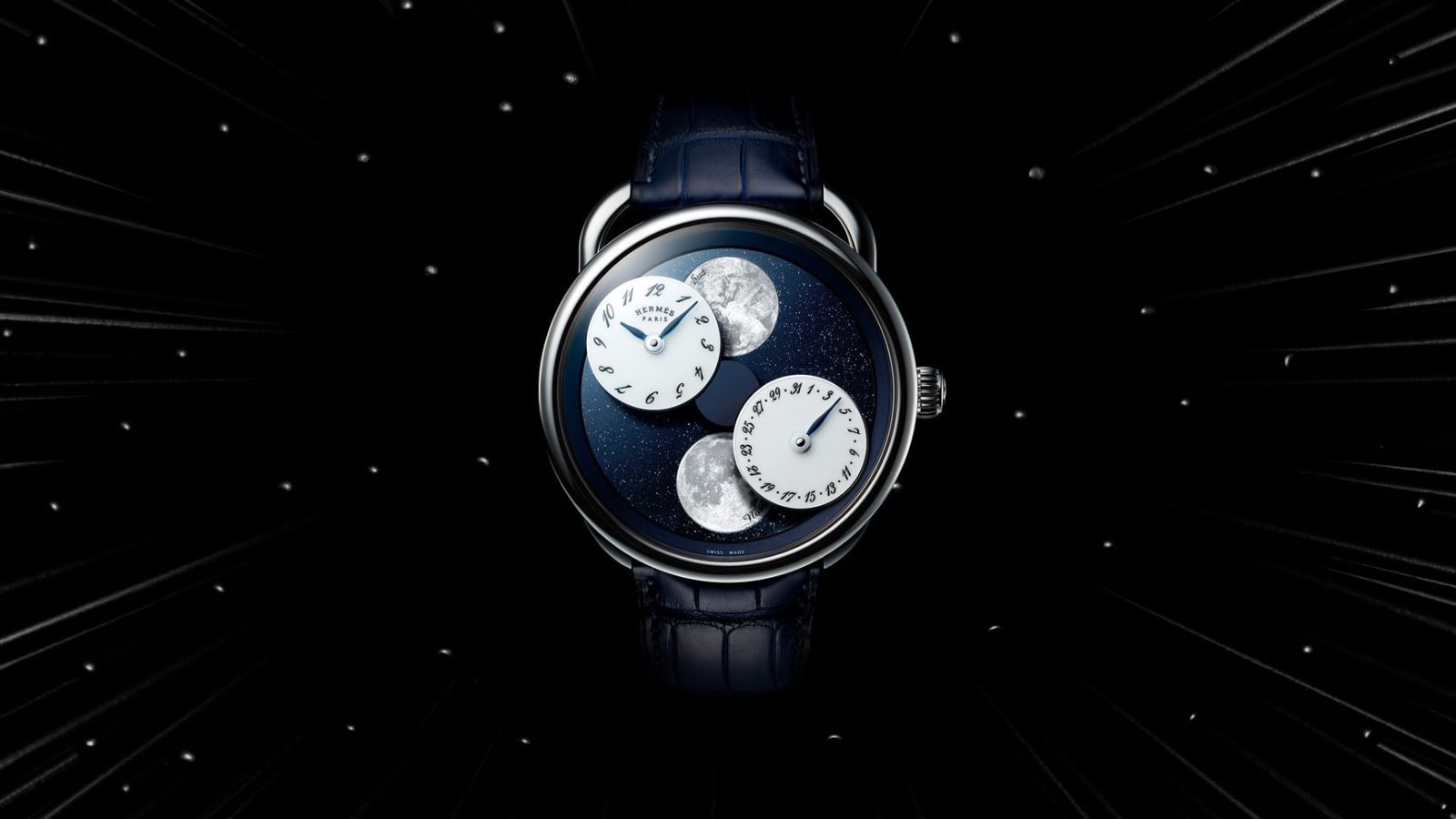 Style
Your guide to the moonphase, watchmaking’s homage to the lunar cycle
Share this article
Next article

The world of watches can be a deep, dark and complicated place for amateur collectors or those who are simply curious about the art of watchmaking. Uncomplicate This is a series that aims to tear down any horological walls and make the technical stuff (if only slightly) more understandable, especially if you’re just starting out.

Of all the watch complications invented by man, the moonphase is one that’s perhaps become the most common, having found its way across a wide spectrum of watches, from affordable entry-level options to million-dollar, diamond-clad ones.

They might be a common sight on the wrist, but how much do we really know about this complication? In today’s ‘Uncomplicate This’, we break down the horological world’s least practical and most romantic luxury, and why it’s so much more than a rotating disk on your watch.

Before timekeeping was based on simply reading off a wristwatch or a smartphone, people relied on the sun, moon and constellations to make sense of their day. Sundials were constructed and the sun’s arc was interpreted to represent the days and seasons, but it was the moon which first hinted at the passing of months.

The cycle was clear as day (or in this case, night) — a new to full moon and back always took 29 and a half days, forming the basis for thousands of events over the centuries, from pagan rituals to paychecks. A moonphase watch simply tracks the current phase of the moon as it is seen in the sky, and unlike the hands and numbers of other complications, it presents itself as the most elemental in its graphical representation of time.

A common version sees two moons on a rotating disc behind a half-circle aperture on the dial, which in turn works to obscure part of the moon to display its correct phase. The complication displays the lighted area of the moon that’s visible as it travels around Earth.

Early mechanisms and entry-level executions adopt the 29-and-a-half days theory via a 59-tooth wheel, which advances one notch every 24 hours to move a disc with two moons displayed on it. This simply means that a full phase will be displayed every 29 and a half days.

The problem is like many things in nature, the moon doesn’t simply abide by such straightforward math. Its more precise orbit duration is really 29 days, 12 hours, 44 minutes, and 2.8 seconds, which means that the above-mentioned set-up would be off by a day every two years and seven months. This might be fine for the average Joe but not for watchmakers who’ve dedicated their life in the pursuit for accuracy.

You might also like…
Style
In the loupe: Audemars Piguet’s Royal Oak, a modern icon that saved its company
Style
Uncomplicate this: Tourbillon, the whirlwind fighting against gravity

We won’t go into the details because the math will put you right to sleep but the gist is they’ve managed to upgrade this accuracy to one day out of 122 years with a new combination of wheels and gears, allowing the moon to complete its phase in a much closer 29 days, 12 hours, and 45 minutes instead.

The arms race for accuracy

For many manufacturers, that already-complex system has been deemed good enough for the everyday watch wearer, but some have taken it even further. H. Moser & Cie managed to attain a one-day deviation every 1,027 years with the Endeavour Perpetual Moon, while A. Lange & Söhne’s Richard Lange Terraluna upped that score by achieving 1,058 years. Lucerne-based watchmakers Ochs und Junior’s minimalist-designed moonphase managed to only deviate one day every 3,478 years.

However, that still wasn’t nearly as good enough for master of handmade astronomical watches Christiaan van der Klaauw, who managed to smash those records with the Real Moon Joure — its three-dimensional moonphase display is 11,000 years accurate. At the top of the leaderboard and with the world record for most accurate moonphase is Andreas Strehler’s Sauterelle a Lune Perpetuelle 2M, which has been certified to be accurate for two million years. Our planet might not even exist by the time it needs a single adjustment.

As highly mechanical in theory as this may all seem, the moonphase complication hasn’t lost its romance. Manufacturers have tried doing that justice by interpreting it in different ways.

Most brands adopt the “bosom” style — so named after the sensuous shape of its aperture — which physically shows the moon in its various phases by revealing and hiding slivers of the moon as the disk rotates. Frédérique Constant, IWC, and A. Lange & Söhne are fine examples of this.

The radial moonphase display, on the other hand, manages to tell the same story with a conventional hand that traces the cycle. Jaeger-LeCoultre’s Master Grand Reveil is an excellent representation of this, indicating both northern and Southern Hemispheres with a double-sided hand.

Then there’s the downright whimsical. Arnold & Sons chose to make the planetary satellite the main star of the Double Hemisphere Perpetual Moon, dedicating its dial to two cratered gold moons amidst constellations that rotate to indicate the current phase in both the southern and northern hemispheres at once.

Similar visual poetry can be seen with the Hermès Arceau L’Heure De La Lune and its two mother-of-pearl moons, only this time they’re stationary. Instead, a complementary pair of floating lacquer time and date dials floating over the top rotates around the dial once every 59 days, covering and uncovering the moons as they appear in both hemispheres.

Even the materials used to craft these moons make a difference. Most are represented by solid gold disks but some go the extra mile in making photo-realistic renditions. Omega — famous for making the first watch to ever reach the moon — has naturally nailed this literalist micro-niche with the Speedmaster Moonwatch Moonphase, as did Audemars Piguet and its Royal Oak Perpetual Calendar.

As an ancient representation of the passage of time, the lunar cycle no longer means as much to modern-day city dwellers, but it doesn’t mean we’ve lost our fascination with the beguiling phenomenon, and the constant demand for the moonphase complication is truly testament to that.

Style Watches Luxury Timepieces Moonphase watch complications
Shatricia Nair
Managing Editor
Shatricia Nair is a motoring, watches, and wellness writer who is perpetually knee-deep in the world of V8s, tourbillons, and the latest fitness trends. She is fuelled by peanut butter and three cups of coffee a day.
Motoring Wellness Watches Beauty Style