Home > Style > Watches > Out of this world: 5 moon phase watches to add to your collection 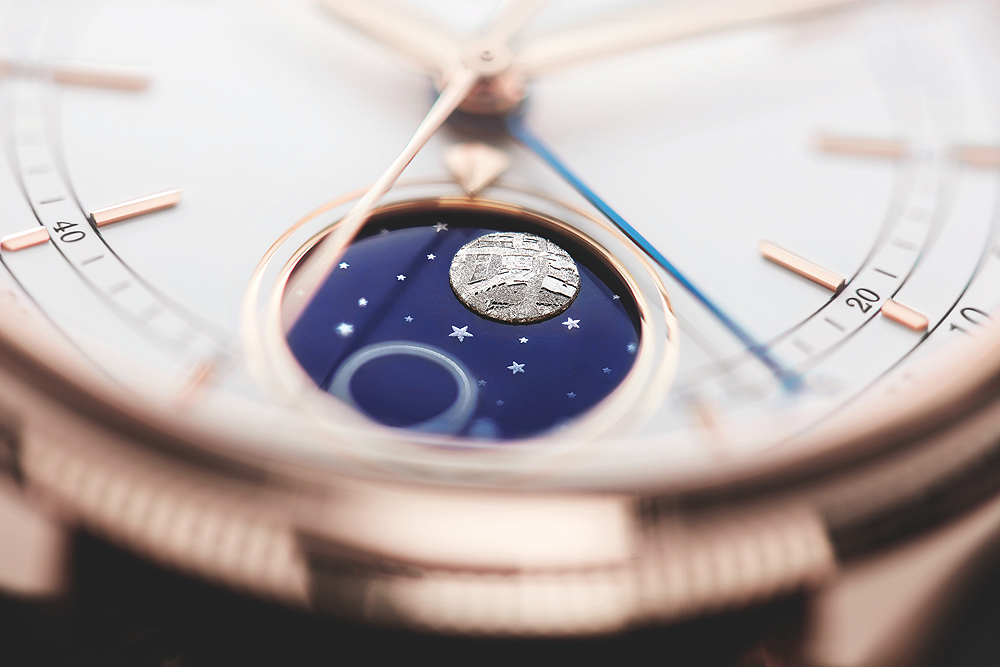 Out of this world: 5 moon phase watches to add to your collection

Style
Out of this world: 5 moon phase watches to add to your collection
Share this article
Next article

Before watches were invented, time-telling was a primitive affair that involved painfully staring at the sun. That eventually transitioned into staring at the shadows it created, which led to the invention of the sundial. Early horologists then moved on to tracking the lunar cycle too, and as they stared at the moon, they learnt how to tell the passing of months. Transitioning from a new moon to a full moon and back again took 29 and a half days, and this has been the magic number which we’ve come to function with even till today.

As members of the 21st century, everything from the time, to the date, day and month can now be indicated via a nifty timepiece on the wrist. Complications started evolving and soon, as a graphical representation of the passage of time, moon phases started migrating onto the wrist too.

Showing the current phase of the moon as it is in the sky, moon phase watches add whimsicality and artistic character to an otherwise sterile setting centred heavily on precision. While our lives may no longer be tied as closely to the moon’s orbit, its otherworldly charm remains.

Here, we bring you five of our favourite moon phase watches that combine both horological wizardry with design finesse. Named after the Greek tale of Icarus and Daedalus, the Rönkkö Icarus Silver Sky Edition is an in-house bi-hemispheric moon complication watch which tracks moon phases in both Northern and Southern hemispheres in a less conventional way. Within the architectural, lattice-like design elements of the 42mm stainless steel case is a horizontal structure which represents the dark side of the moon for each hemisphere at three and six o’clock. Two multi-faceted 10.5mm Icarus moon talismans move counter-clockwise to tell the moon phases in both hemispheres. In the dark, a luminous constellation chart featuring Polaris comes to light, an enchanting feature the Finnish independent watchmaker used to bring the mythology to life. 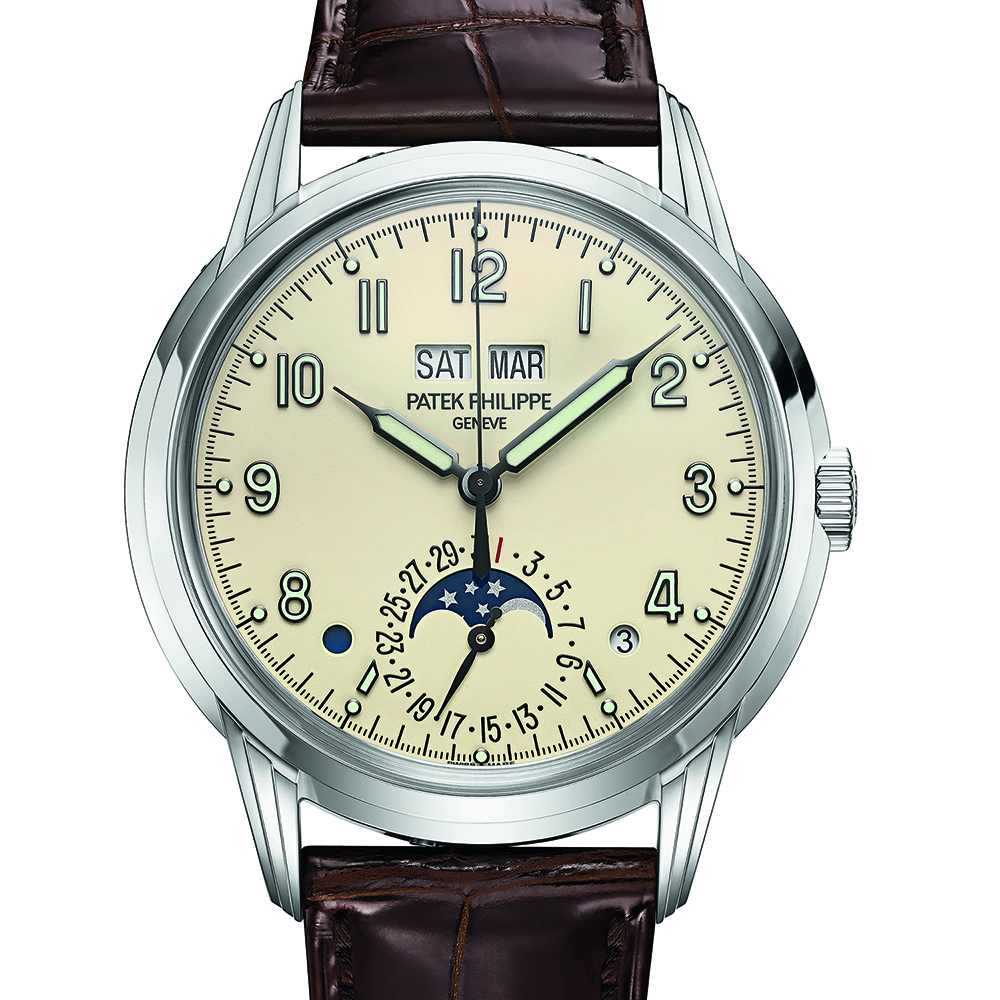 A year with two anniversaries calls for a brand new perpetual calendar to add to Patek Philippe’s pedigree collection. Styled in a “contemporary” vintage style that’s inspired by many of its iconic predecessors from the ‘40s and ‘50s, the lacquered cream dial sees a double aperture for the day and month at the 12 o’clock position, and subsidiary dial at six o’clock for the analog date and moon phase. There are also more useful indications now — a day/night aperture between the seven and eight o’clock and another aperture for the leap year cycle on the other end. Applied gold numerals and baton hands filled with Superluminova provide perfect legibility, without tarnishing the puristic elegance of the timepiece. 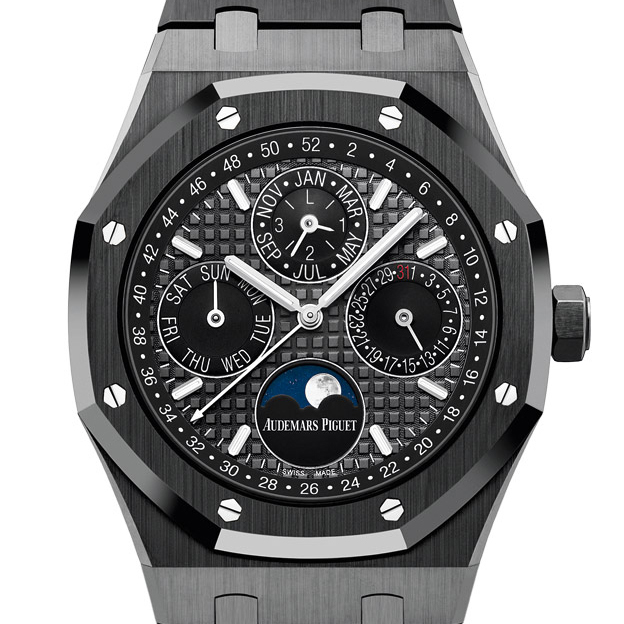 Fashioned from a solid block of ceramic instead of from a mould, Audemars Piguet’s new Royal Oak Perpetual Calendar takes five times longer to craft than its predecessors, but the result is a timepiece destined for the ages. Amidst the dark grey “Grande Tapisserie” dial, a highly-detailed photorealistic moon phase indicator sits at the six o’clock position, complete with two moons that show depths from the craters amidst a starry night sky. 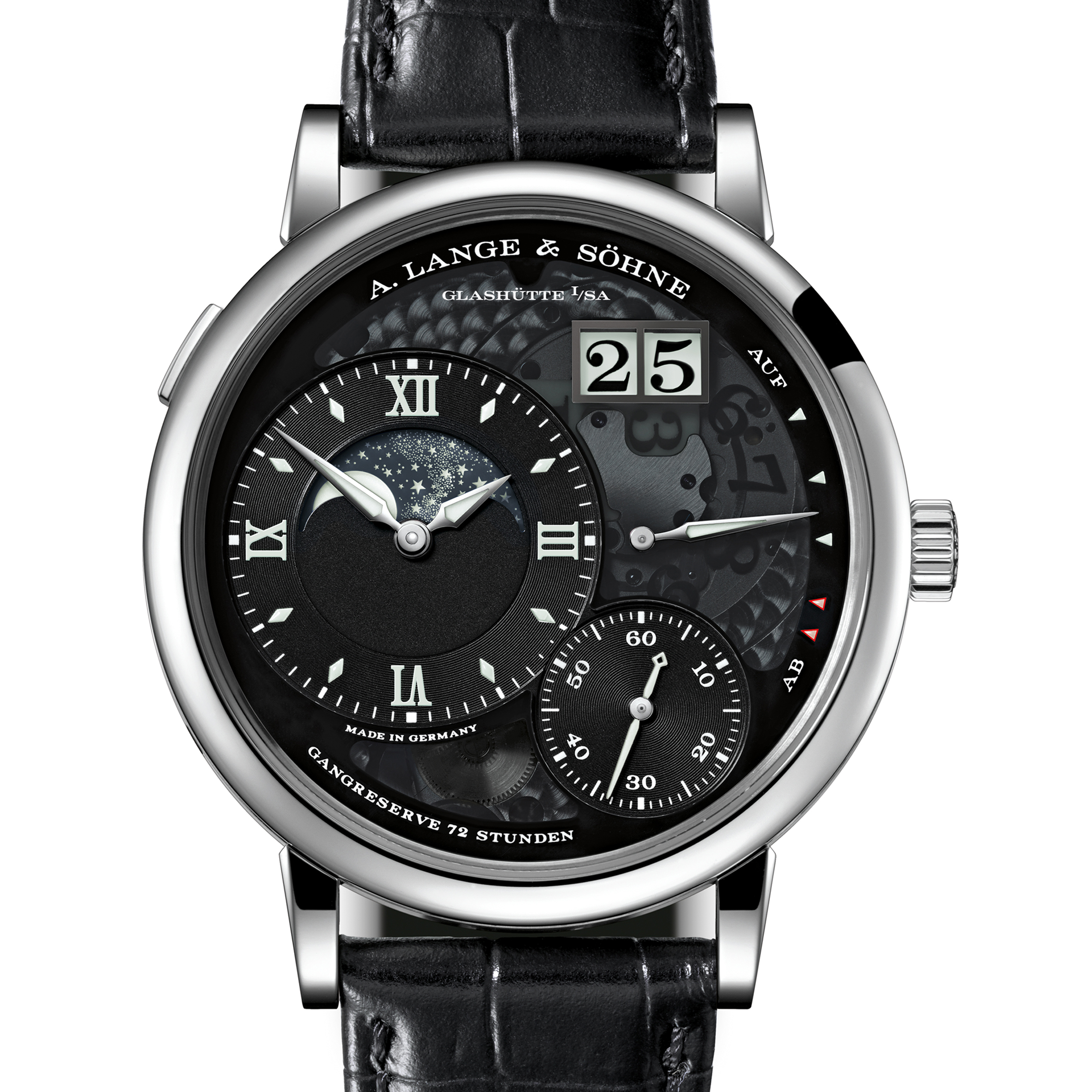 Following the success of the first Lange 1 “Lumen” in 2013, the German watchmaker has also applied its glow-in-the-dark treatment to its Moon Phase iteration. Conveniently located inside the hour-minute sub-dial, the moon phase display has a disc made of glass in place of the regular solid gold, with laser-cut stars and a moon, and is illuminated by a luminous compound behind it. As the most lit-up feature on the watch — besides the date, hands and hour indices — amidst the smoky grey semi-transparent sapphire crystal dial, this is the watch you want for something that’s equal parts cool and sophisticated. Rolex didn’t limit its Baselworld 2017 offerings to the depths of the ocean with the Sea-Dweller, it also looked to the skies for its new Cellini Moonphase watch. Made from the brand’s elegant Everest gold, the 39mm watch is punctuated by a stunning blue fire-enamelled disk at the six o’clock position to reveal the moon, made from a thin, rhodium-plated meteorite disc that gives it an imperfect finish, lending the otherwise classical watch some character. Accurate to a day in 122 years, it’s safe to say you won’t ever have to tinker around with this watch in your lifetime.