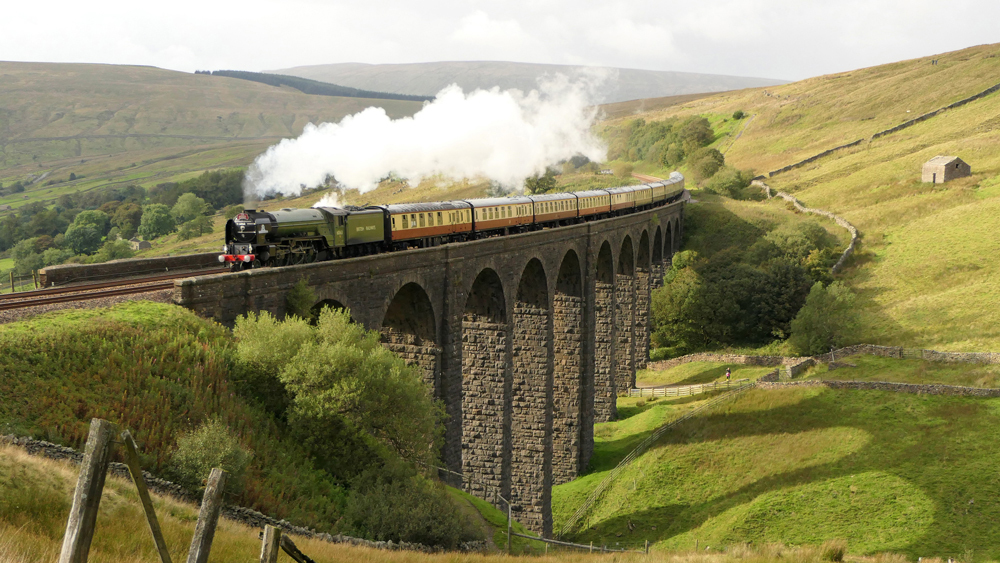 Travel
Splurge: Embark on a 14-day train tour around Great Britain for S$53,000
Share this article
Next article

“Anything is possible on a train: a great meal, a binge, a visit from card players, an intrigue, a good night’s sleep, and strangers’ monologues framed like Russian short stories,” quipped renowned travel writer Paul Theroux in his 1975 travelogue, The Great Railway Bazaar.

The travelogue narrates Theroux’s epic four-month rail journey from London through Europe, the Middle East, the Indian subcontinent and Southeast Asia — as well as his return via the Trans-Siberian Railway. We don’t know about you, but reading The Great Railway Bazaar and following him along his journey is enough to evoke a sense of wanderlust in us.

Trains are a form of transportation that transcends just getting from one destination to another. Be it a modern bullet train in Japan or an old-fashioned steam train in Europe, rail travel has a certain allure to it. This is especially so since rail travel boasts a deep-rooted history in the travel industry, seeing elites such as literary figures, movie stars and royals choosing this mode of travel. In fact, the first British monarch to travel by rail is Queen Victoria, who embarked on her first train journey in 1842.

While the past few months have seen new high-speed lines opening across the world (such as the ultra-luxurious Train Suite Shiki-Shima, the luxed-up answer to Japan’s Shinkansen), the art of opulent slow travel is returning to the country where it made its first waves nearly 200 years ago with Golden Eagle Luxury Train’s over-the-top tour of Great Britain — a train tour held in conjunction with Tornado’s 10th anniversary.

Tornado is a steam locomotive launched in the UK in 2008, boasting the feat as the first steam locomotive in over 50 years to break 100 mph on British tracks. Synonymous with prestige, the train is amongst the most coveted in the country — especially since it hauled Prince Charles aboard the Royal Sleeper train back in 2012.

As the saying goes, it’s all about the journey and not the destination — and the 14-day tour makes for a heck of an adventure, with the train traversing a variety of spectacular landscapes such as vast countrysides, gentle winding cliffs, and granite cities of Great Britain.

The whirlwind voyage starts in Edinburgh, where you’ll be whisked away to the Scottish Highlands via the famous Forth Bridge. Highlights here include a visit to the 14th-century Cawdor Castle, which was the muse behind Shakespeare’s Macbeth. Here, you’ll be hosted for the first of three black-tie dinners, as well as a trip on a vintage train for a whisky tasting at J&G Grant’s Glenfarclas Distillery. We mean, are you even in Scotland if you don’t go to a distillery?

Once you’re all boozed up, the journey then continues south into Wales along the beautiful and rugged Cambrian coast, where you’ll enjoy views of passing forests, lakes, waterfalls and tranquil pastures of the Snowdonia National Park. The train will finally head back to England for tours of Bath, Devon and Cornwall — where you’ll dine at historic country estates and castles along the way. After taking in all the United Kingdom has to offer, the train will make its way back up to Edinburgh for a final dinner at the National Railway Museum. Is there a more apt ending for the rail journey of a lifetime? We don’t think so.

The S$53,000 price tag for a train journey may be too hard to swallow at first, but it’s worth the splurge. Not only does the Golden Eagle Luxury Trains’ journey let you marvel at the ever-changing landscapes of Great Britain, you also get to do it from the comfort of your plush suite.

It’s more like a Ritz-Carlton on wheels. Tornado will haul 10 carriages of the Belmond Royal Scotsman outfitted in plush Edwardian-style staterooms — all of which come complete with en-suite bathrooms, a rare luxury in the world of sleeper trains.

Besides, S$53,000 for a train journey is quite a steal when put next to a S$88,000 pair of vintage handcuffs, a S$133,000 toy car, or a night at New York’s Mark Hotel’s penthouse suite — which costs S$102,000. The latter, especially, boasts a private terrace with a view of the most iconic buildings in Manhattan — but it’s just that. Golden Eagle Luxury Trains’ journey will treat you to ever-changing views of some of the most stunning landscapes in Great Britain.

So set forth and embark on this once-in-a-lifetime journey. The Golden Eagle Luxury Trains’ Tornado 10th-Anniversary Tour of Great Britain kicks off in October 2018, and is currently available for booking.