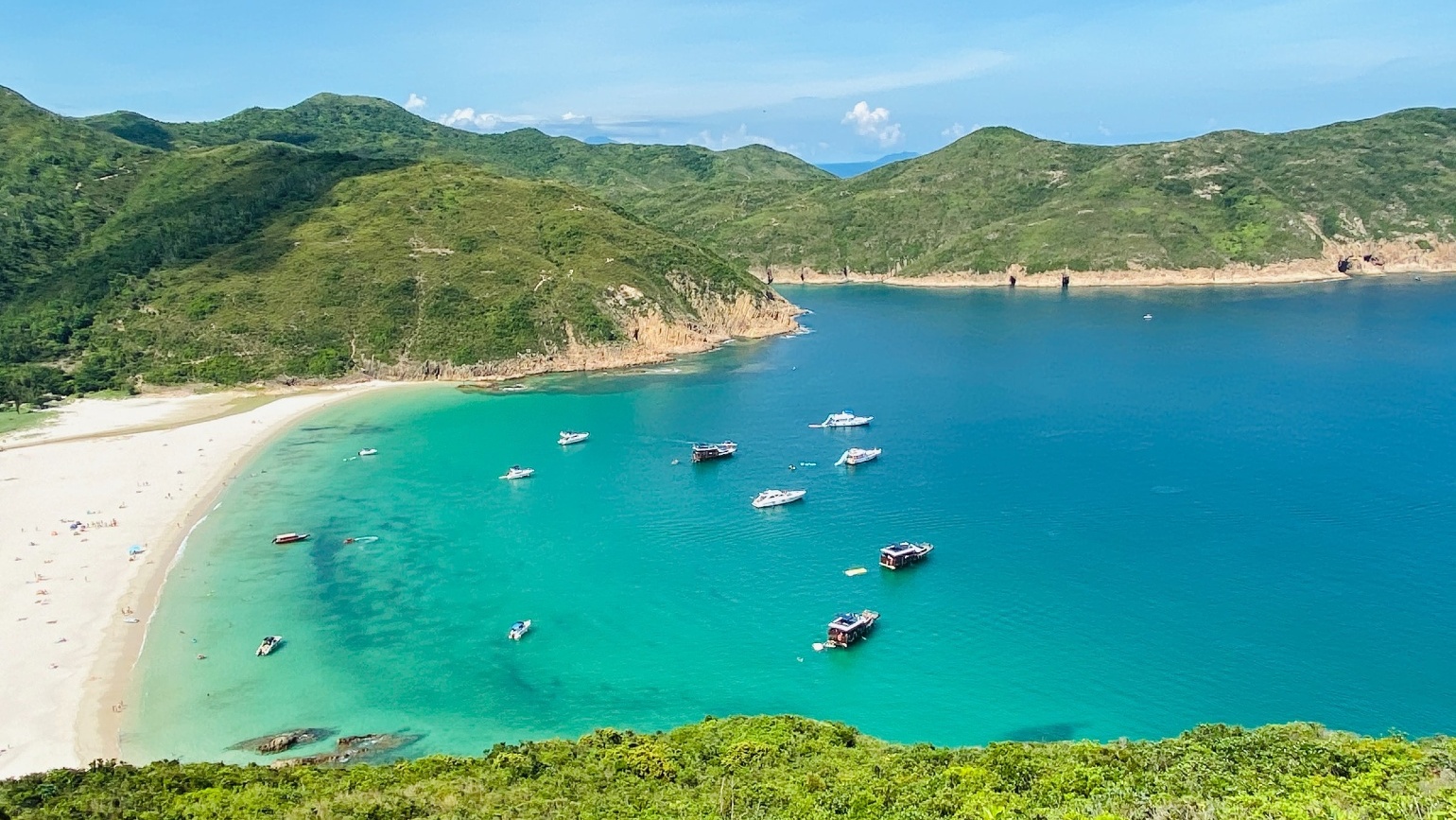 You’ve booked your flight, your hotel, and all your favourite restaurant destinations but hold up: You might want to see something else besides another city.

Fortunately, Hong Kong is big enough — and diverse enough — to offer a sense of escape without actually crossing any borders. If you’re feeling frustrated by your lack of travel, we’d suggest a slight change of scenery to make you feel better. Here are five ways to do something different from your weekend routine and trick yourself into thinking you’ve finally gone on that long-overdue vacation.

Experience the charms of Cheung Chau

If you think the only reason to visit Cheung Chau is for the annual Bun Festival, then it’s time for you to hop on the 35-minute fast ferry from Central for a redux. Spend a head-clearing weekend on this colourful, charming island where walking and cycling are the primary modes of transportation.

Explore attractions including Cheung Po Tsai Cave, the former hideout of a famous pirate; Tin Hau Temple, surprisingly well preserved given it was constructed more than 200 years ago; and Pak Tai Temple, which was completed in 1783 and is now a Grade One historical building. When you’re not treating yourself to local specialties including massive fishballs, equally hefty mango mochi and frozen watermelon slices, you can burn off the calories by hiring a bike, walking along the Cheung Chau Family Trail, or going on a short hike up to North Lookout Pavilion, the highest point on the island.

There are a couple of accommodation options on Cheung Chau, but this two-storey, colonial-style house, available via Airbnb, is the best of the lot. Overlooking cliffs on the southeastern side of the island, the four-bedroom house is located a 20-minute walk from the ferry pier and comes with a spacious deck and rooftop where you can enjoy sunsets, cook on the gas grill, dine alfresco and unwind in the hot tub.

Travel back in time in Tai O 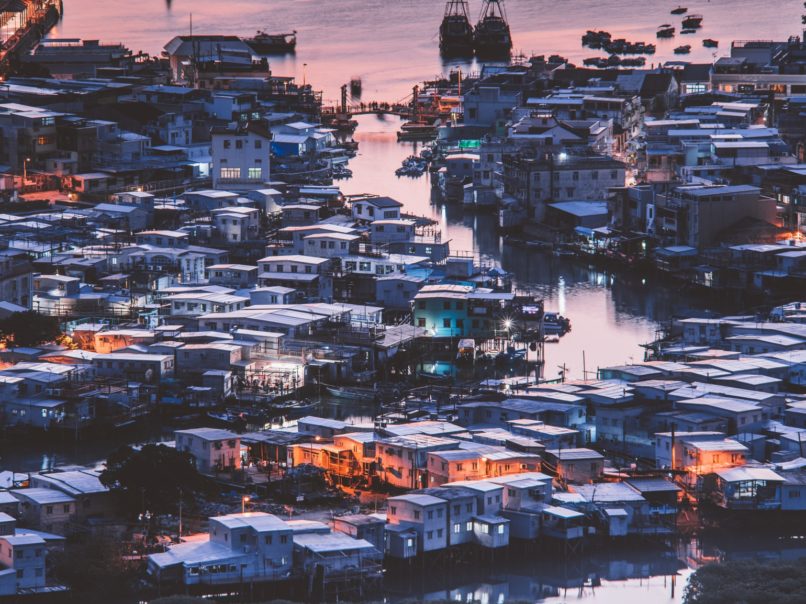 Perched on the western edge of Lantau Island, Tai O — sometimes referred to as ‘the Venice of the Orient’ due to its iconic homes which sit on stilts above the water — offers a tranquil and pleasantly low-key escape from the hustle and bustle of the city’s most populous districts. This is a fishing village with serious history: It’s been inhabited by fishermen since the Ming Dynasty, and although its population has shrunk to around 2,000 from a previous 30,000, the continued production of renowned shrimp paste and salted fish keep its legacy alive.

After snapping photos of the traditional stilt-houses, grab a cup of coffee at Solo Cafe or Three Lanterns Cafe, where you can sit outside and take in the unique surroundings. Seafood lovers should head straight to Tai O Market for a wide selection of dried seafood, salted fish, shrimp paste and more, while active types should hike up to Fu Shan Viewing Point or to Tai O Infinity Pool and its accompanying waterfalls. And if you want to see the elusive pink dolphins, whose numbers are reportedly up this year due to decreased water traffic between Hong Kong and Macau — be sure to book a trip in advance with Hong Kong DolphinWatch.

Tai O is also home to 10 graded historical buildings, most notably the Old Tai O Police Station, which was built in 1902 to combat pirate activity in nearby waters. These days, it operates as the highly popular Tai O Heritage Hotel, which in 2009 was renovated into a nine-room boutique inn that beautifully preserves the building’s historic details. You’ll have to book your stay far in advance, but it’s worth the wait. If you can’t get a room, you should at least have lunch at Tai O Lookout, the hotel’s glass-roofed restaurant with panoramic views of the South China Sea.

From beaches to boats and seafood to stunning scenery, Sai Kung packs in everything you could want in a seaside escape. Your starting point should be Sai Kung Town, where you can order the catch of the day at one of the restaurants lining Seafood Street before heading to Sai Kung Pier to hire a boat for transport to places including Sharp Island, where you can walk across a tombolo that disappears under the water during high tide.

Alternatively, you could hike or take a taxi to Sai Kung East Country Park, home to a plethora of ecological riches: scenic trails; some of Hong Kong’s best beaches, including Long Ke Wan and Tai Long Wan; and hexagonal columns of volcanic rock at Hong Kong UNESCO Global Geopark, which can be found just next to the High Island Reservoir East Dam, lined with thousands of concrete man-made dolosse for a surreal sight.

Sai Kung is home to plenty of campsites if that’s your thing, but after a long day of exploring, a proper bed is likely to be calling your name. A seven-minute drive south of Sai Kung Town gets you to The Pier Hotel, a bright, contemporary property that opened in 2018 and caters to couples and families with its 40 guestrooms and suites. Overlooking floating boats on Hebe Haven, the hotel is close to the Pak Sha Wan Tam Wah Ching Sea Activity Centre, where you can partake in canoeing, dragon boating and sailing.

If your experience with Lamma Island begins and ends with Rainbow Seafood Restaurant, it’s time you pack your bags, board the ferry and forget all your troubles during a leisurely weekend on this defiantly laid-back island.

Lamma has two primary areas of activity: on the northern side is the main hub of Yung Shue Wan, where you’ll find the widest variety of shops and restaurants; in the centre of the island is Sok Kwu Yan, which is quieter and more secluded — spend more time here if you’re seeking peace and nature. You’ll find great restaurants in both areas, but know that the selection in Sok Kwu Yan is mostly limited to open-air restaurants serving local seafood. For a real only-on-Lamma experience, book brunch at Olive Leaf, a private kitchen in Pak Kok where home cook Ayelet Idan welcomes diners to enjoy plant-based Mediterranean recipes in her home garden.

When you’re not eating, shopping at quaint boutiques or simply relaxing, you can walk from Yung Shue Wan to Sok Kwu wan via the Lamma Island Family Trail, enjoy the views from the Sok Kwu Wan Circular Hike or atop Mount Steinhouse and explore the Kamikaze Caves created by the Japanese military during World War II.

Bed down in a two-storey, two-bedroom apartment overlooking the village of Yung Shue Wan and the ferry pier. With a contemporary design featuring some funky accents, this is a perfect hideaway where two couples, a family or a small group of friends can unwind for the weekend. There’s a private rooftop area that’s perfect for outdoor entertaining and sundowners, and the convenient location is just steps away from all the shops and restaurants lining Main Street.

See the sights in Sha Tin

Sha Tin is perhaps best known for its racecourse, but that doesn’t even begin to scratch the surface of what you can do in this area where you’ll find history, heritage and culture. Though it’s officially Hong Kong’s most populous district, Sha Tin still manages to feel relatively calm thanks to its mix of green spaces, walled villages and green hills.

If cycling is more your thing, there’s arguably no better place in Hong Kong to ride than the protected bike path following the Shing Mun River from Sha Tin to Tai Mei Tuk; it’s an easy, scenic route that takes about two and half hours to complete. History buffs, meanwhile, should check out Tsang Tai Uk, one of Hong Kong’s best-preserved walled Hakka villages, and Chuk Cheun Wai, the oldest walled village in the district with more than 400 years of history.

Post up at the five-star Hyatt Regency Hong Kong, Sha Tin, an urban resort where you can unwind and admire the surrounding scenery. The expansive outdoor pool deck is a perfect place to while away the afternoon, and the property is great for families with little ones, who can stay entertained with activities hosted by Camp Hyatt. For dinner, there’s no better place to go than award-winning Sha Tin 18, which serves authentic Dongguan and northern Chinese cuisine, including a famed signature Peking duck.