Home > Travel > Destinations > 6 crazy festivals around the world to crash 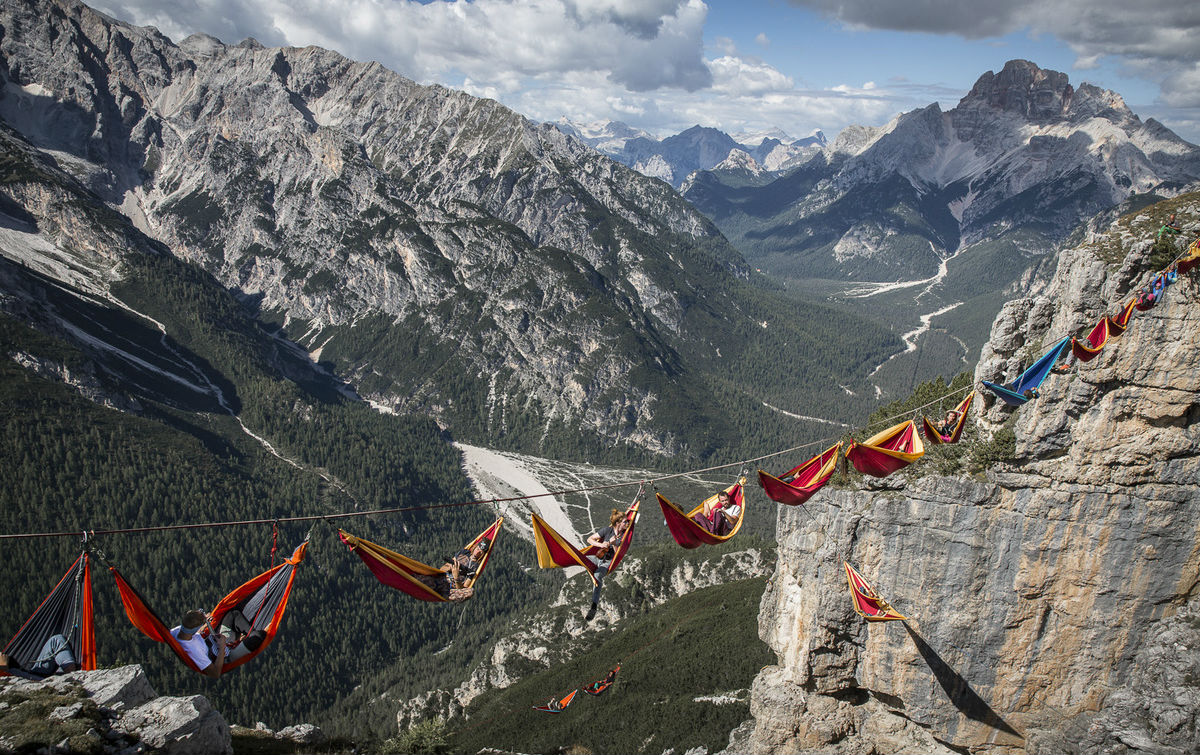 6 crazy festivals around the world to crash

Some of us celebrate special occasions by popping champagne with our closest family and friends. Others choose more unorthodox ways – like burning Viking ships, covering unsuspecting passers-by in grease and moose droppings, or rolling down hills.

If you think you’ve seen it all, we promise you that you definitely haven’t. Check out these crazy festivals happening around the world – treating you to you unique experiences that’ll let you travel like never before. Europe’s largest fire festival takes place in Lerwick, an island in Scotland. Taking place in the middle of winter to mark the end of the yule season, this cultural celebration of Nordic heritage and ritual is a procession which lines up a thousand acting troupes dressed in various costumes, torches in hand.

The processions end with throwing the torches into a life-size replica of a Viking longship or galley. This festival literally brings the heat amidst winter’s cold. 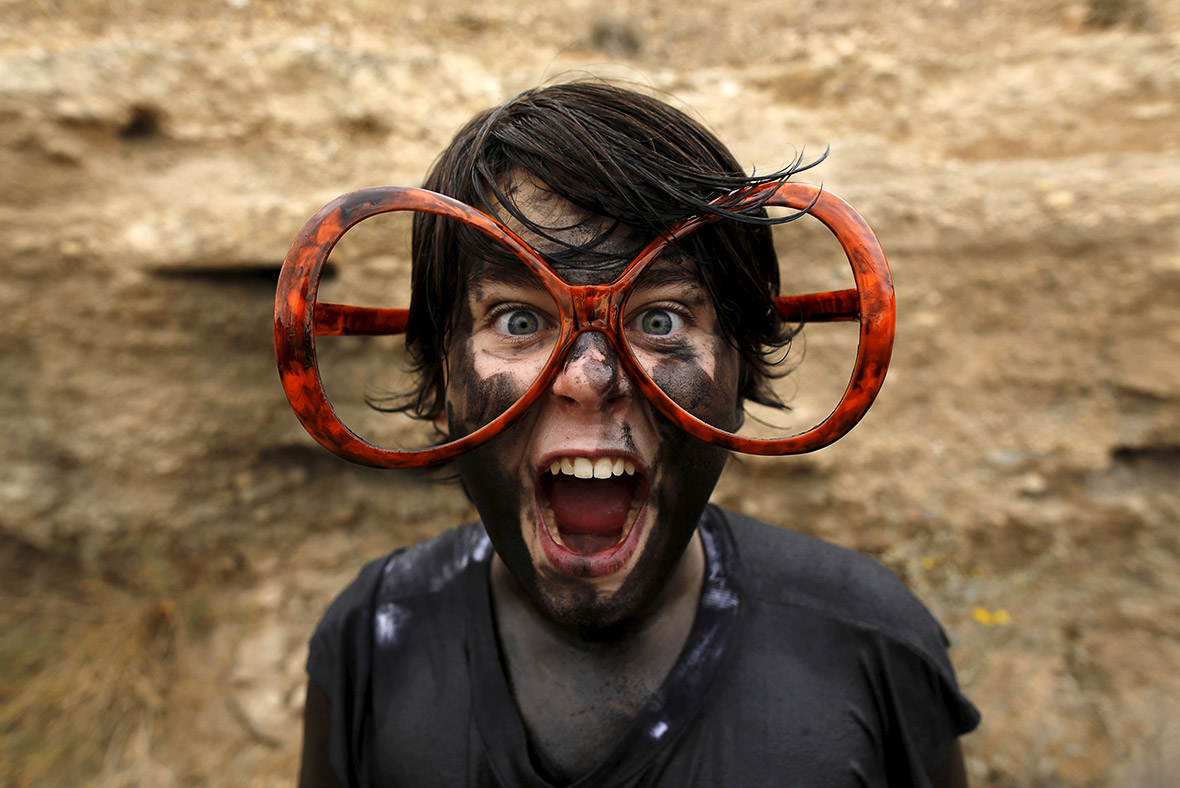 This yearly event sees thousands of Spaniards covering themselves in grease to reenact the fight between two towns for the possession of a famous statue of the Virgen de la Piedad, or “Our Lady of Mercy”.

The origin of the festival can be traced back to 1940, where a clown dressed in a costume made his way from Guadix to Baza, hoping to steal the Virgin de la Piedad. Baza residents then try to stop him by throwing paint containing black oil to run him out of town.

After the yearly greasing, a great party ensues. You’ll still get to revel in festivities after all – just a little oily. 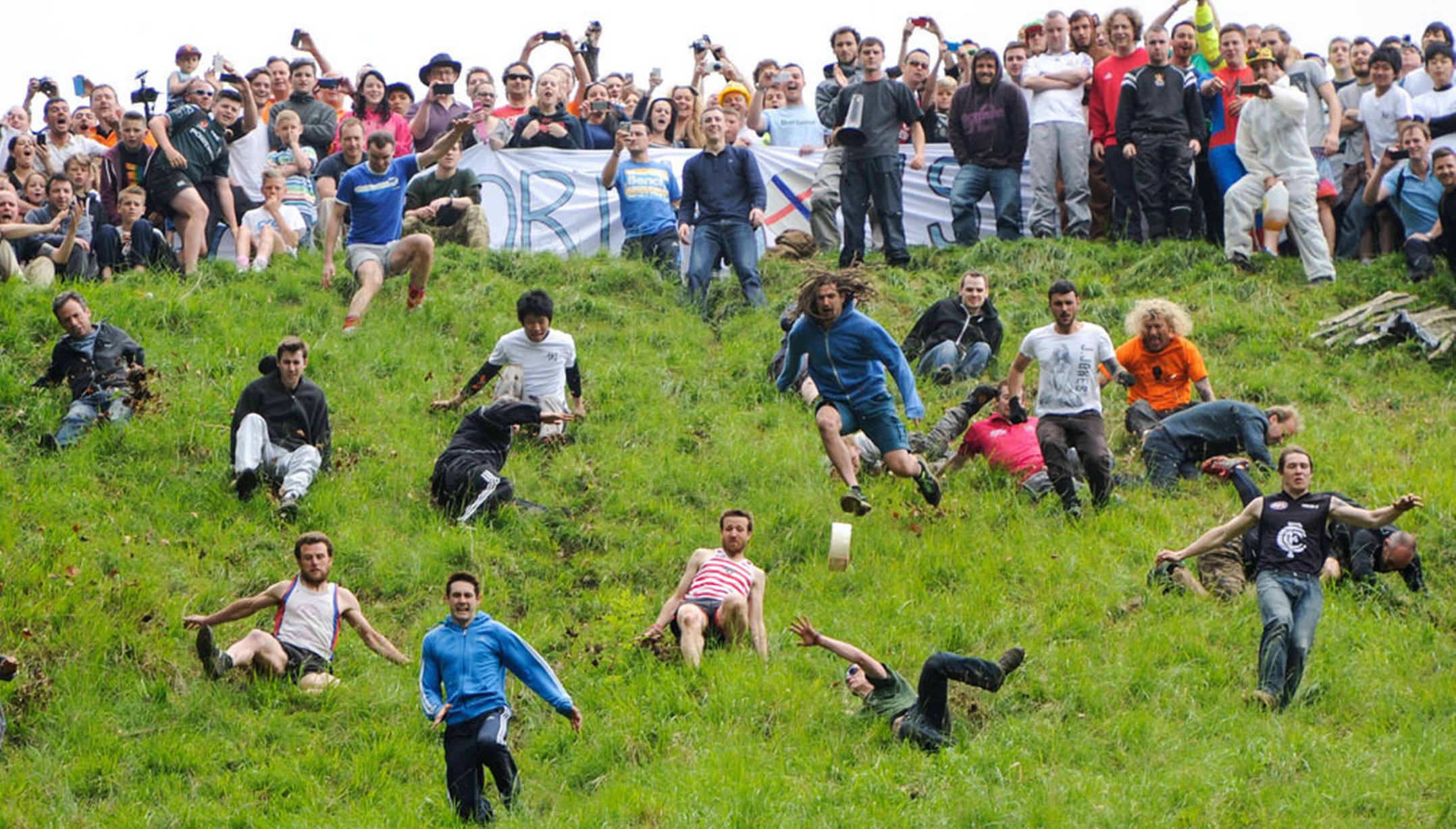 Ah, good old England. We have English tea, English biscuits, and then we have the English Cheese Rolling Festival. Taking place near Gloucester yearly, hundreds of people gather to watch as locals chase huge cheese wheels off the top of Cooper’s Hill and then tumble 200 yards down to the bottom. Whoever crosses the finish line at the bottom first wins the cheese. Apparently, some people have won the competition a few years straight, which gives a whole different meaning to the term “cheese connoisseur”.

If buying Kraft Singles at the supermarket is one of the highlights of your week, then Gloucester is the place to be for you. Every state or country has different ways to honour their official animal. No other state does it quite as uniquely as Alaska, though. The people from the small Alaskan town of Talkeetna take part in an annual festival every July which involves dropping moose, well, faeces onto targets from hot air balloons.

This festival originally came about as a plan to attract tourists to the town because really, where else can you experience a festival like this? You’ve certainly outdone yourself, Talkeetna. 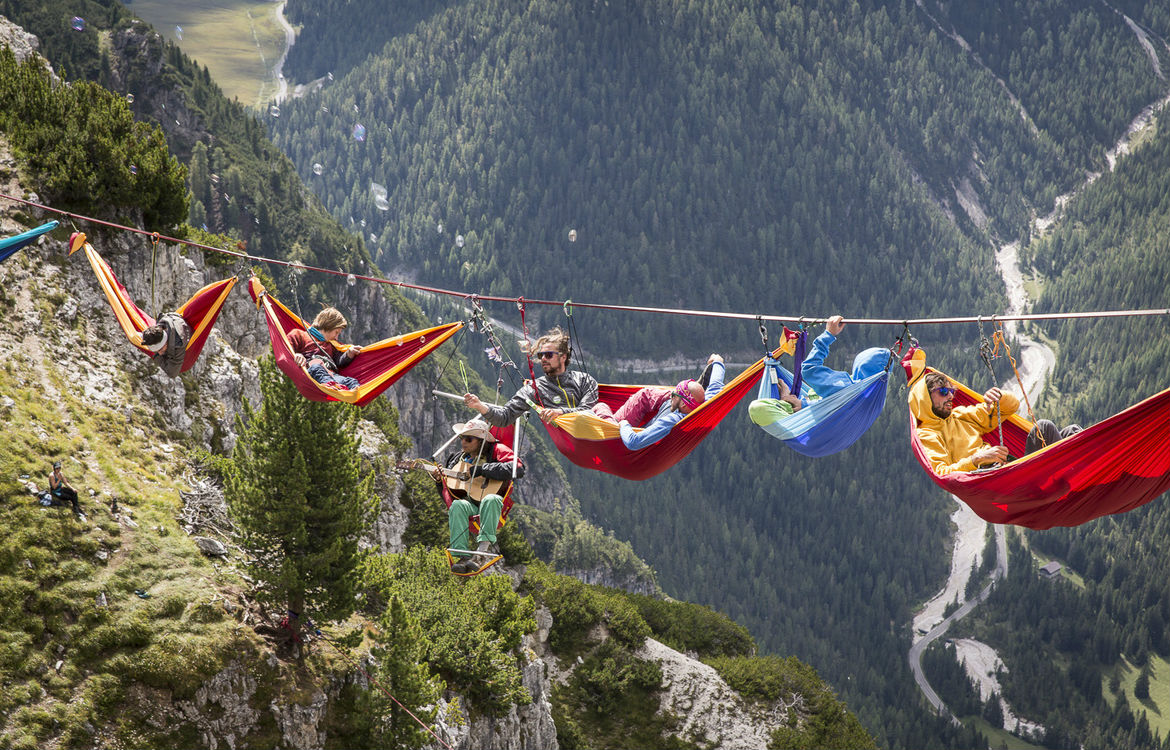 The next festival takes things to a whole new level. Party up in the clouds at the International Highline Meeting Festival, where the participants call themselves “slackers” and hang out in hammocks suspended from tight ropes hundreds of feet above the Italian Alps.

While the Italian Alps is absolutely breathtaking, there is a deeper reason behind the location. The spot was selected because it was a place where about 15,000 young soldiers lost their lives during World War I.

According to the founders: “We discovered this mountain as a perfect place for high lining and wanted to stimulate this historic place in a different and new way. During the war soldiers of our age killed each other and sorrow, hate, and fear dictated their daily life.”

The group of slackers feel that by coming to the same place at the same time in the winter, they are able to create a completely different atmosphere to fill the sadness that once filled the land. 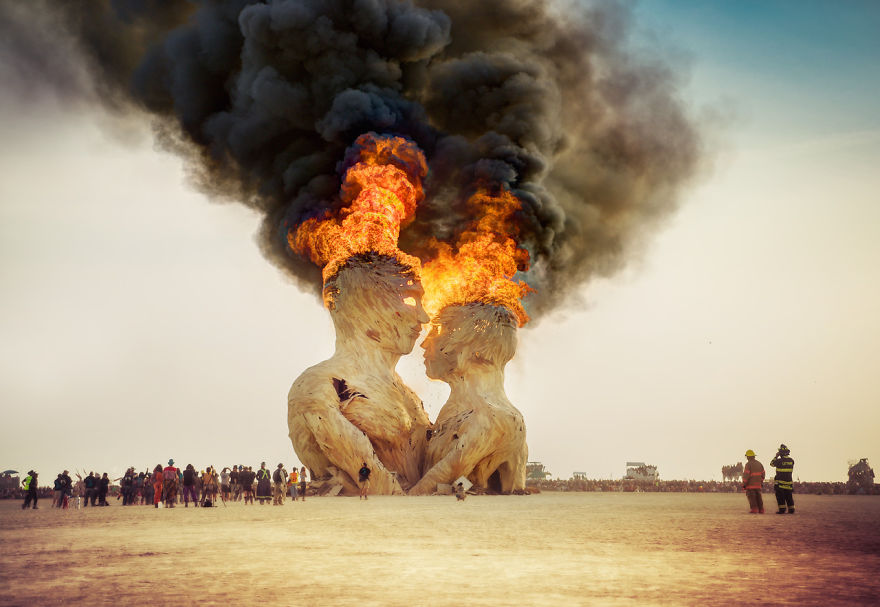 There seems to be a huge trend in burning things all around the world. Here’s one dedicated to it, with the name coming from the ritual burning of a large wooden effigy. Its origins came from a summer solstice evening ritual burning of an artistic creation of a sculpture of a man in Baker Beach, San Francisco in 1986.

Burning Man is less a festival, and more a way of life – where up to 48,000 people gather in the Black Rock desert in Nevada yearly to create art and express their individuality. Attracting imaginative extroverts, the event is described as an experiment in community, art, radical self-expression, and radical self-reliance.

Travel Culture Festivals Up Helly Aa Fire Festival Cascamorras Cheese Rolling Festival Moose Dropping Festival Burning Man Festival crazy festival
Dewi Nurjuwita
Senior Writer
Dewi Nurjuwita is a travel and design writer who can be found exploring the streets of foreign cities with passport in one hand and a cup of coffee in the other.
Travel Architecture Interior Design