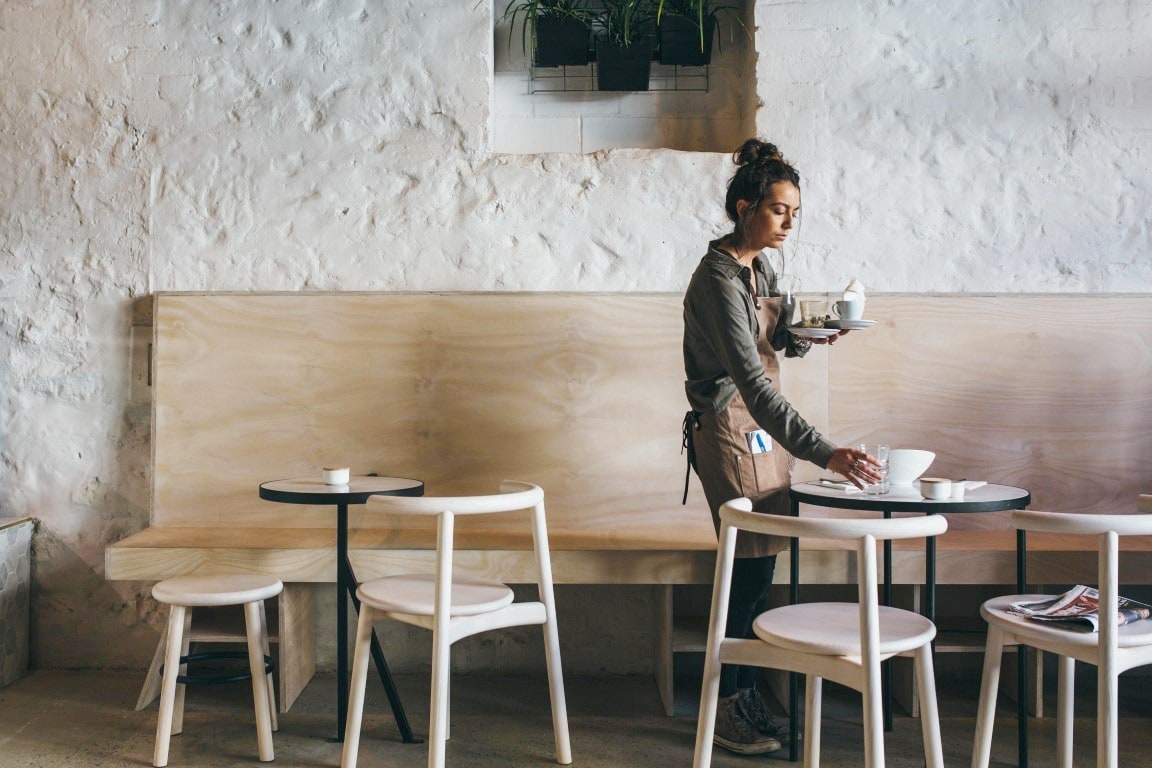 Ask any Perth denizen about its dining scene 10 years ago, and it’s likely that the words “boring” or “uneventful” would have come up. Not anymore, as we’ve recently discovered during the Australian Tourism Exchange 2019, held in the same state. This Western Australia city was served to us on a plate, and we delighted in going through a gastronomic tour of these newer Perth restaurants.

Now known for more than just its fish and chips, these Perth restaurants took the full opportunity in using the country’s freshest local produce to create dishes that are as delicious as they are healthy. Beyond creating a delectable menu, the local dining scene also places great importance in creating the perfect ambience to ensure that its patrons get the full experience.

However, it’s not all just brunch culture and avocado toasts. While Perth is emulating the same success that Melbourne and Sydney experienced from its hip cafes, they’ve also taken a grownup approach by introducing more sophisticated restaurants. A handful of these restaurants even champion the use of indigenous ingredients thanks to chefs with aboriginal roots, something truly unique to Australia. No longer is Perth quiet and boring, hidden away from the rest of Australia.

Below are just some of the Perth restaurants we got to try during our time there, showing us how exciting the dining scene has evolved into, and why you should revisit Australia’s sunniest capital. 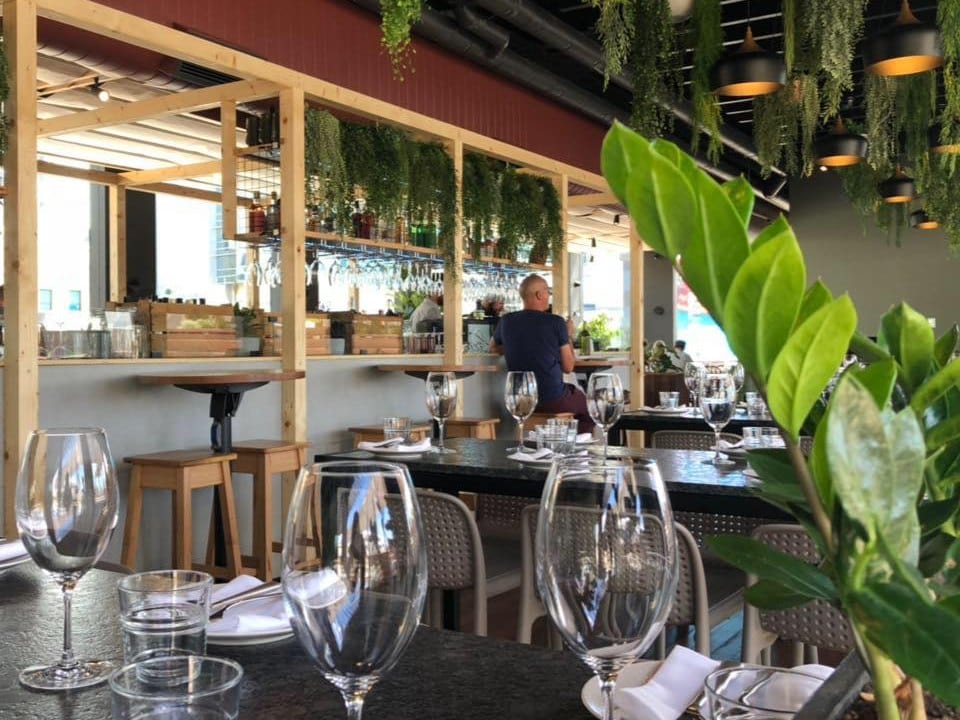 With the opening of Yagan Square connecting Northbridge with the Perth CBD, more dining opportunities have been created in Perth. One of them is Ficus, a modern Australian restaurant focusing on “farm to plate” values coupled with a good selection of Australian wine. The restaurant is owned by Paul Vanderplancke (formerly of Cantina 663) and Kevin Opferkuch from Bunbury Farmers Market to bring top quality produce to Ficus. Coupled with head chef André Mahé who’s well-known in Perth, the menu is a modern Australian one with French influences, extremely hearty, and can cater to all: meat lovers, vegetarians, vegans — you name it.

Even the restaurant itself is beautiful, despite just occupying a shop lot in Yagan Square — there is enough greenery inside to whip out Instagram and take a few shots, while the wooden furniture has been repurposed by 100-year-old recycled wood from Freo wool sheds. 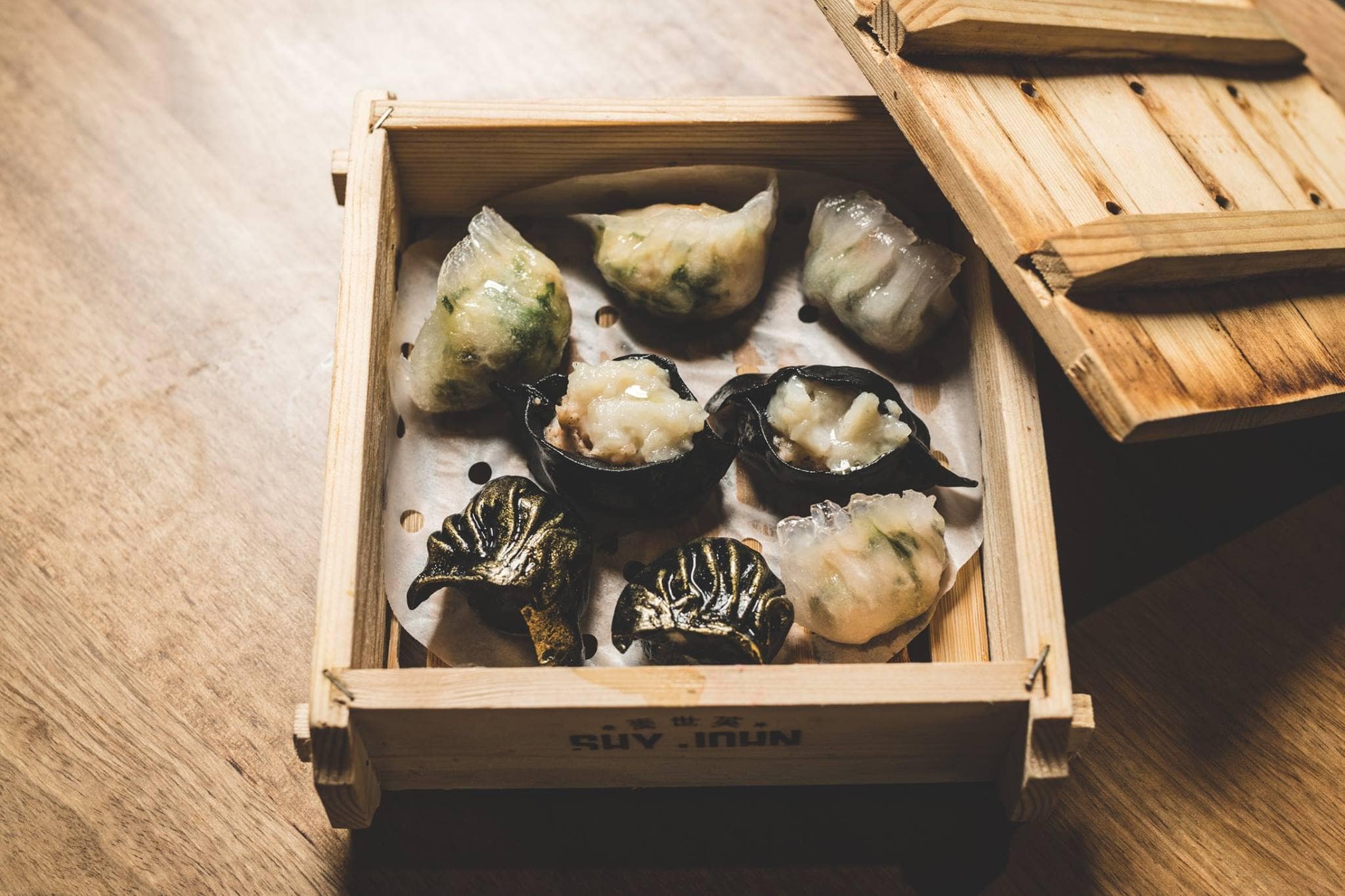 From the upper floors of Yagan Square, we bring you down to ground level with Shy John Brewery & Yum Cha restaurant. There are dumplings and all the classic Cantonese offerings in the menu, except instead of having them with tea, Shy John wants you to have it with their house-brewed craft beer. That’s right, it’s a dumpling and beer pairing.

But wait, it’s not your regular dumpling offering at all. Sure, diced beef replace the meat in your usual siew mai, but it’s the condiment that it’s being served with that makes all the difference. Instead of soy sauce or black vinegar, Shy John wants you to dip it with Worchestire sauce. Because of the beef fillings, the Westernised sauce actually complements the flavours of this Cantonese offering. Other than dumplings, the restaurant also offers other Cantonese food variants, all given a more creative take.

Over on the brewery side, Shy John’s doesn’t hide a brewery within its Yagan Square restaurant but brews its craft beer elsewhere. All of the Shy John Craft Beer variants have been thoughtfully crafted to suit the restaurant’s food offerings. There’s a beer which infuses flowers and Chinese tea (Spring Breeze) and also a notable “sauvignon ale” craft beer that is brewed with ale and wine yeast. You can try the entire beer offering in a tasting flight. 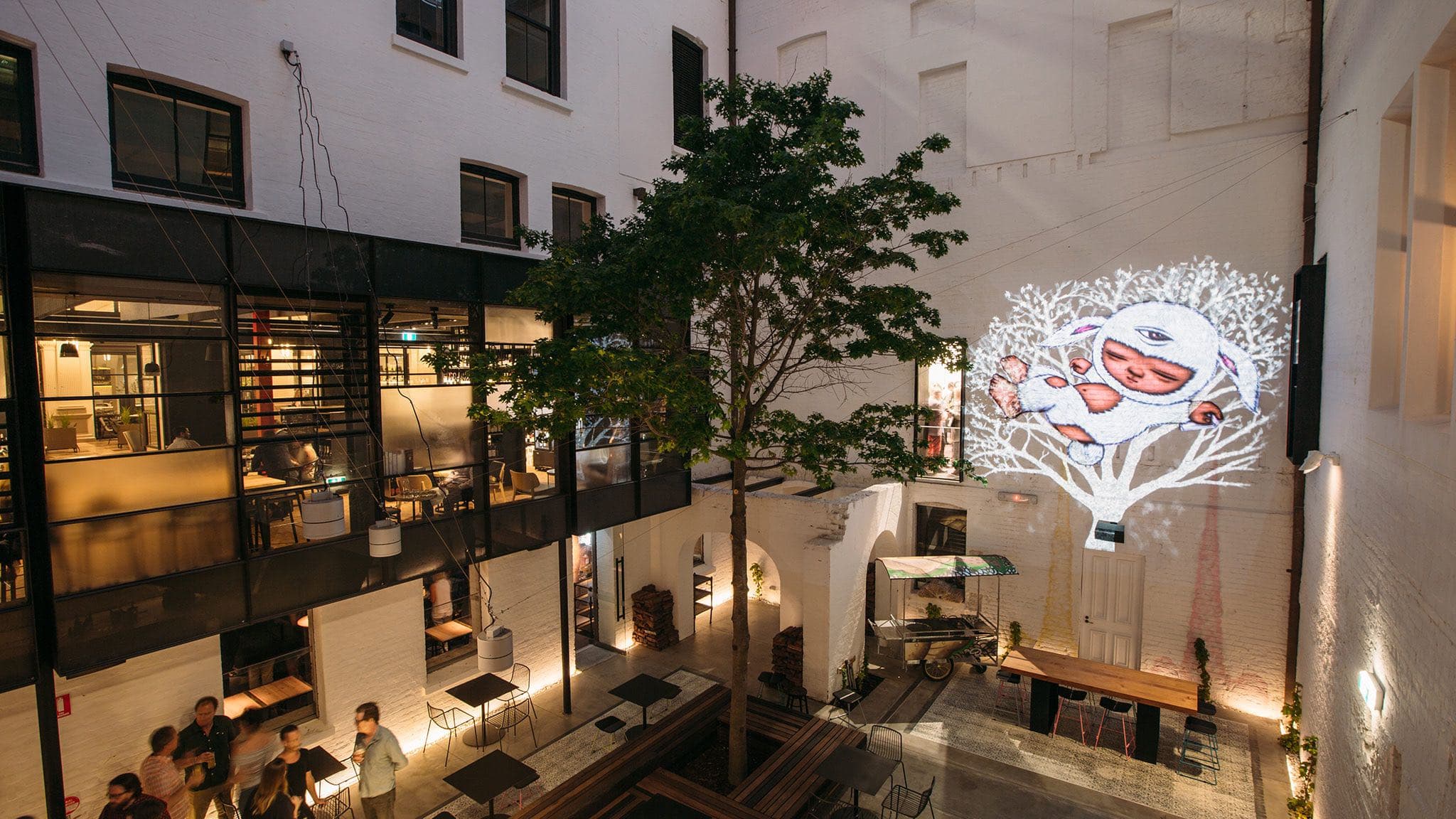 The State Buildings is also another hub for excellent restaurants in the Perth CBD area. Located in the historic part of Perth, the State Buildings actually comprises of three heritage buildings formerly known as the Lands, Titles, and Treasury buildings. It has since been restored to include several dining outlets and also COMO The Treasury Hotel.

Long Chim is one of the restaurants in the building, originally hailing from Sydney. Created by award-winning Australian chef David Thompson, this chain of restaurants is famed for its modern take on Thai street food — it even enjoyed several years of run in Singapore. Even the al fresco part of the restaurant has taken on a Bangkok street dining setting with plastic stools and foldable tables. The restaurant takes up the basement of the building, filling up what was formerly the Treasury area. Pillar structures still remain, as well as the heavy metal door that used to store important city documents.

But of course, the star is definitely the food. It is properly spicy — even for Asian standards — so you know there isn’t any compromise despite originating from Australia. A lot of Thai basics can be found on the menu including som tam, Chiang Mai-style larb, spicy fish cakes, Thai curries, and more. The menu has been designed to be shared with companions, so bring a big group and go all out. 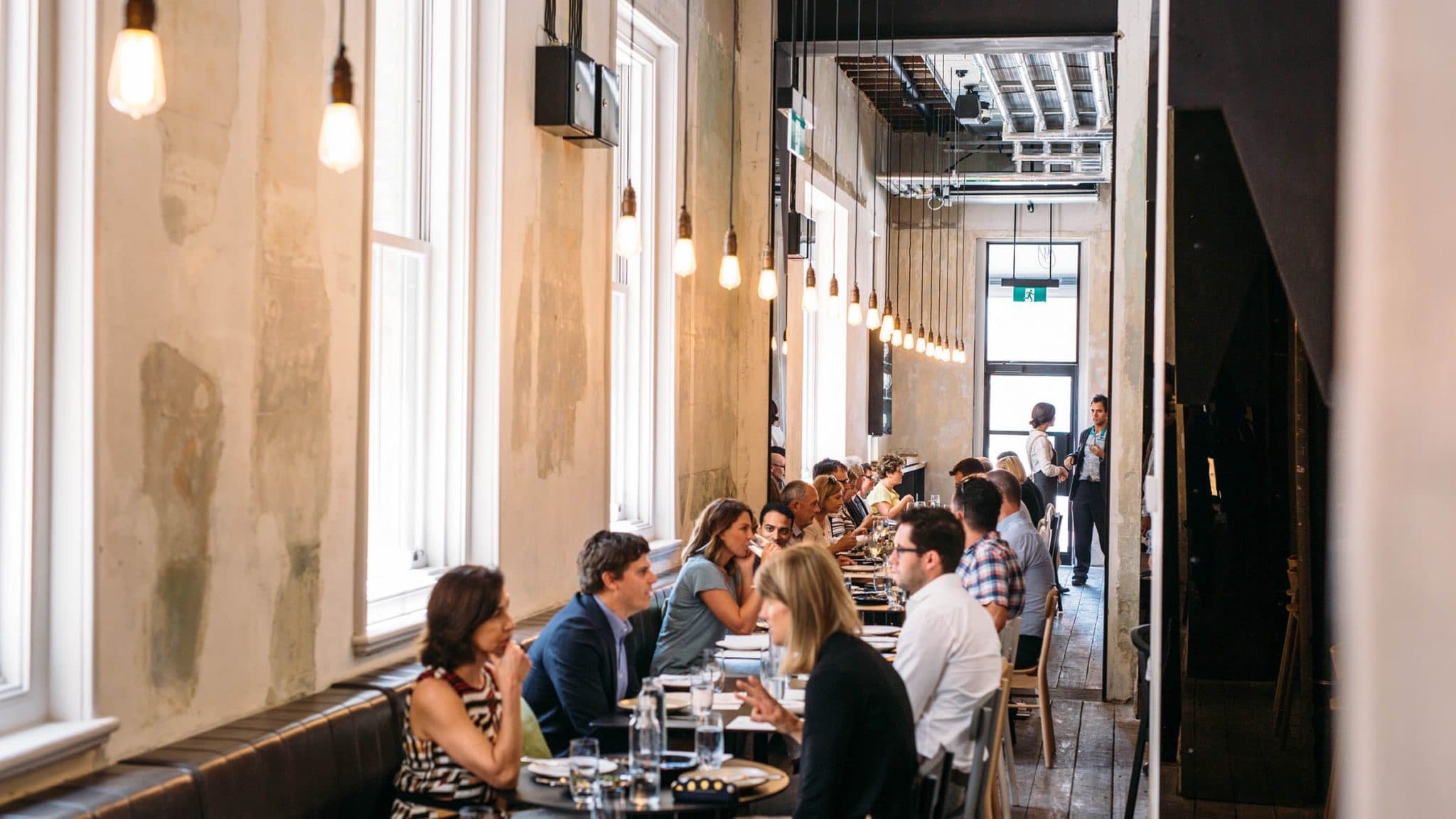 Yet another residence within the State Buildings is Petition Kitchen, a beautifully sunlit restaurant that echoes the food it serves — fresh produce and rustic meals. It’s informal, mid-range, and begs to be shared amongst a group of good friends. The menu is unpretentious, serving up dishes that can be easily navigated. In fact, there’s only one page of it, cleverly arranged in order from lighter tasting dishes such as green olives with almonds to heavy dishes like beef cheeks with shaved sprouts and lemon caper raisin dressing.

But that’s for lunch and dinner. Come during breakfast and enjoy the fresh homemade pastries and extensive brunch menu that will definitely please any type of breakfast consumer, whether you’re an acai bowl person or hash brown kind of person. 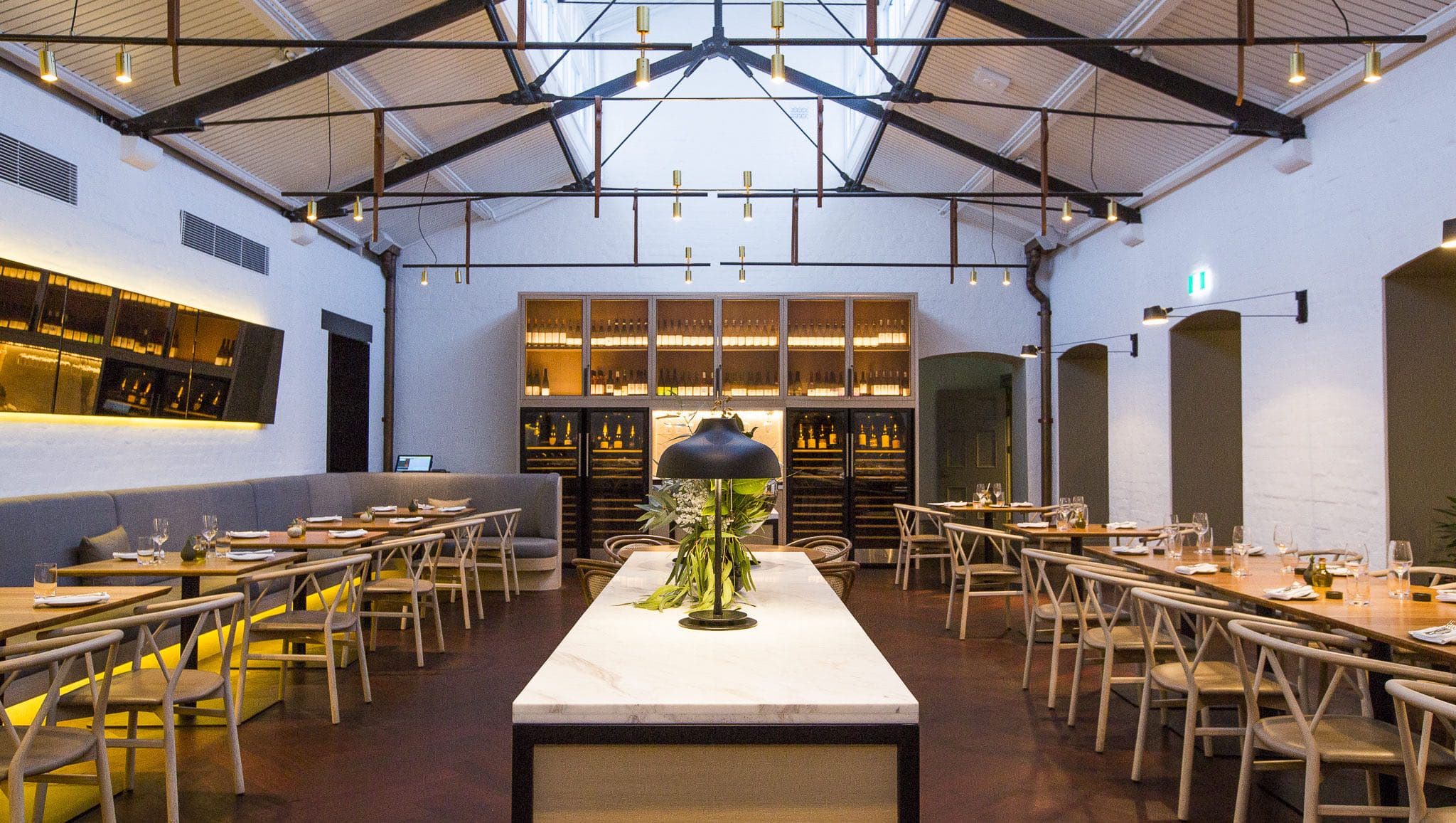 The name of this restaurant can already give away the former use of this space. Post was originally the franking room of Perth’s original General Post Office in the State Buildings. In the present day, Post is part of COMO The Treasury hotel, operating as its bistro for breakfast, lunch, and dinner. Following the hotel’s wellness ethos, the restaurant’s menu features healthy COMO Shambhala cuisine which focuses on a nice balance of raw and cooked ingredients with specific nutritional purposes.

But that’s not to say the restaurant’s food is boring. Quite the opposite, in fact. The menu is constantly evolving, giving a modern take on classic Italian cuisine. There’s still the hearty stuff including pasta and risotto, regional Italian cheeses, and a grazing menu that offers light bites throughout the day.

One thing that Post does well is that it doesn’t conform to the standards of a hotel’s all-day-dining outlet. In fact, you wouldn’t even think of it when you step into the State Buildings. It has successfully come onto its own, with the only telltale sign being the additional COMO Shambhala Cuisine menu. 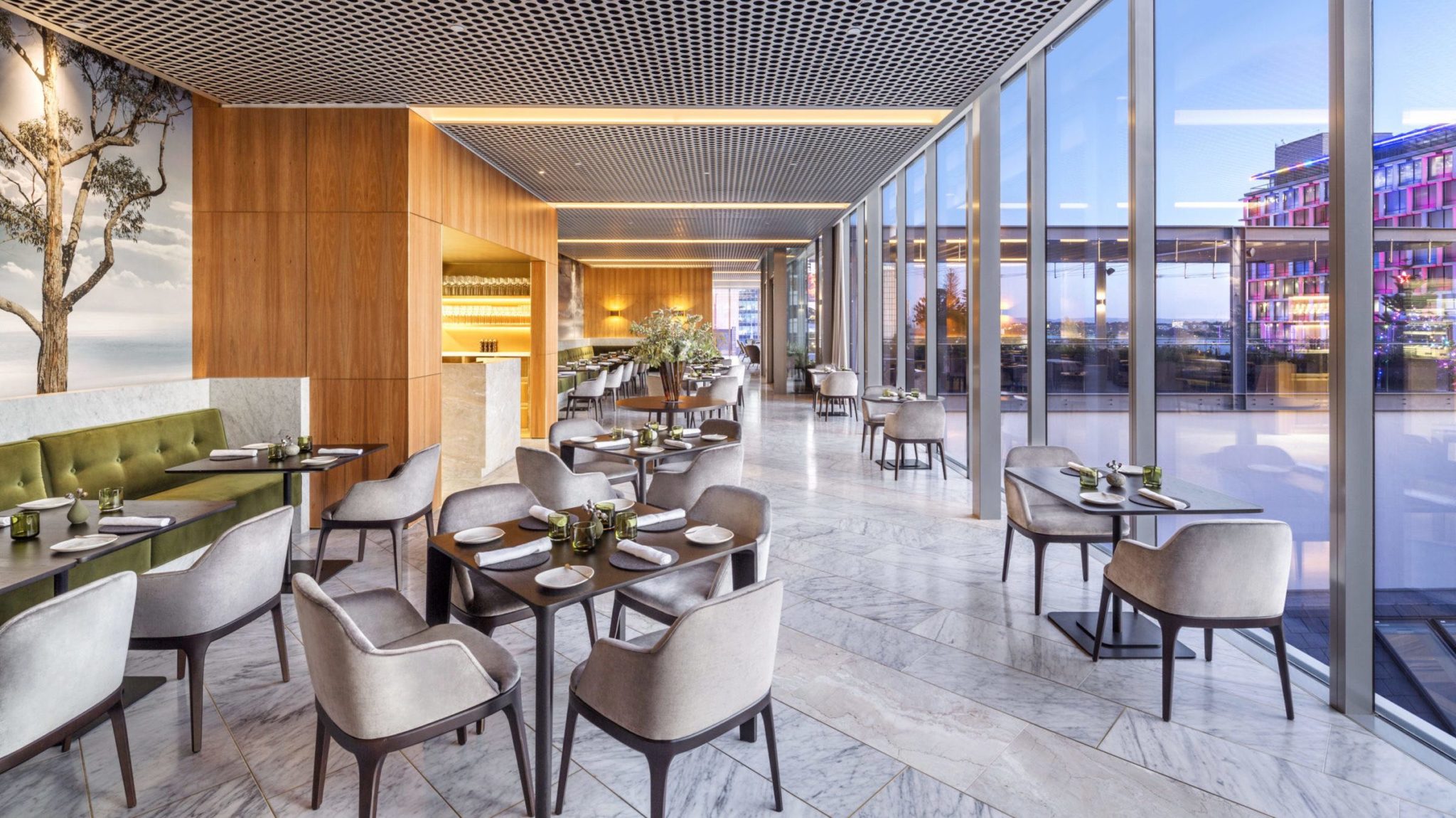 The final restaurant in the State Buildings is perhaps the finest one. Situated on the top of COMO The Treasury, this fine-dining outlet features a contemporary a la carte and degustation menu inspired by the six seasons of the indigenous Noongar calendar. These six seasons are Birak (first summer), Bunuru (second summer), Djeran (autumn), Makuru (winter), Djilba (first spring), and Kambarang (second spring).

The restaurant is helmed by COMO The Treasury’s Executive Chef, Matthew Sartori who has always been fascinated with native ingredients, as proven by Wildflower’s farm-and-forager menu. As the Noongar season changes, so will the menu, to fully utilise the abundance of native food sources during that period. Alongside a six-seasonal menu, Wildflower also embraces the trend of keeping its menu small but impactful. There are only four appetisers and mains to choose from, ensuring that everything is done to its best. While it’s not somewhere you’d want to dine on the daily, it’s definitely worth it for that special occasion. 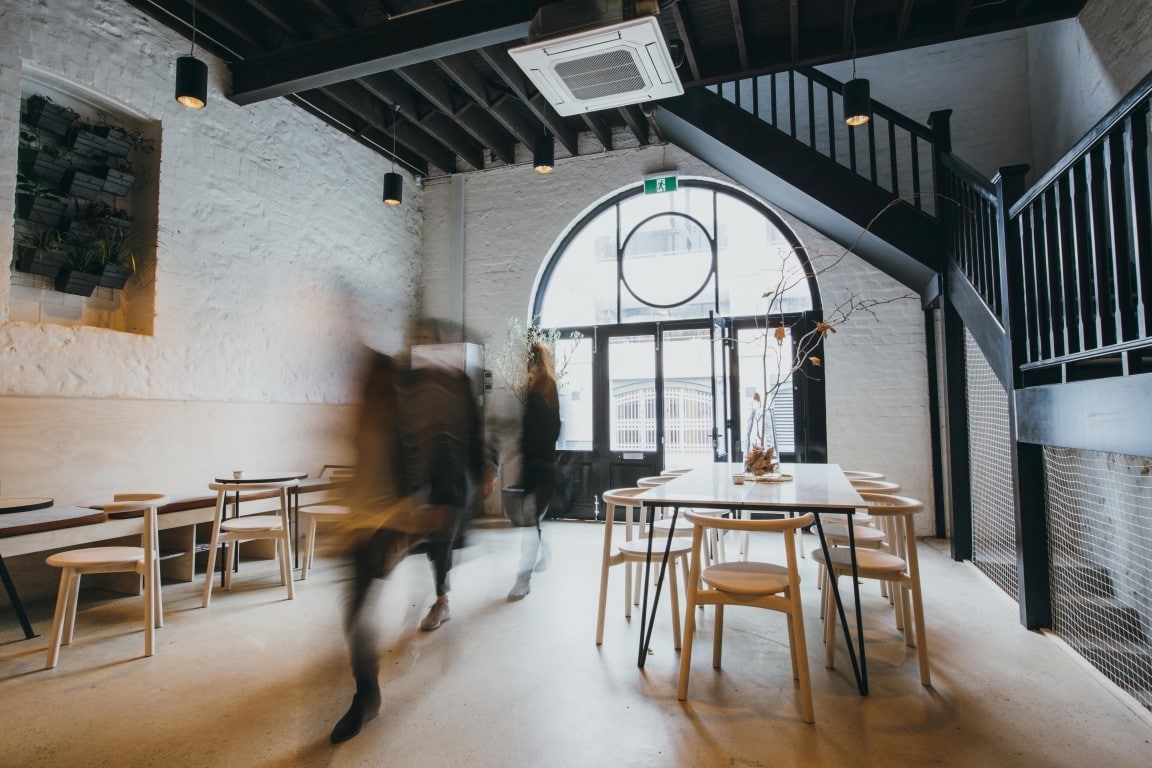 From the Perth CBD we head towards Fremantle, where the dining scene remains equally as exciting, housed in heritage buildings. One of them is Stable Hands, originally a coffee place that has since undergone renovation and the addition of a dinner menu.

Cafe aside, head chef Reece Lardi has certainly put plenty of thought into creating the dinner menu. Nearly everything is made in-house, from the halloumi cheese to the black garlic paste, the latter needing over 40 days to ferment. Even the heirloom carrots used in his dishes are grown and harvested himself. Thanks to Lardi’s aboriginal heritage as well, he has taken to using indigenous ingredients wherever he can, including pig’s face (known as sour figs), finger limes, wattleseed, and more. 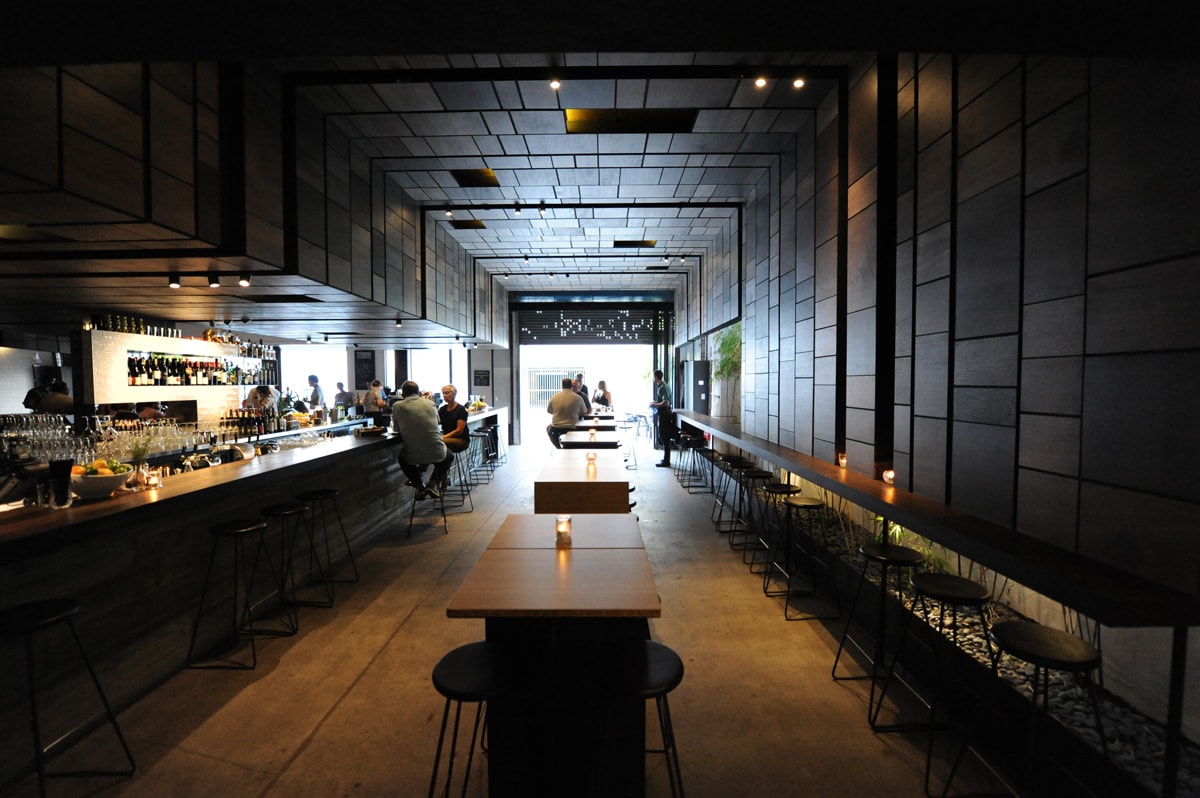 Our final stop in trendy Perth restaurants is actually known more for its cocktail menu than the food menu. However, that doesn’t mean the latter is lacking. Nightlife in Fremantle is pretty lacking on the whole, but the arrival of Strange Company in 2017 changed all that. There’s a good variety of craft beers and ciders on tap behind the bar, as well as creative cocktails that can rival the bars in Sydney’s cocktail scene.

Thankfully, you don’t have to enjoy all those drinks on an empty stomach, because Strange Company provides more than just your regular bar snacks. The menu is designed by Chef Ricky Mandozzi (previously from Melbourne’s MoVida) and features delectable small bites made with the best produce possible. Think octopus ceviche soaked in white wine and vinegar, stuffed olives wrapped in veal escalope and then deep-fried, cheese boards, prawn cocktail brioche buns, and more.

see more
Western australia Perth perth restaurants
PohNee Chin
Editor, Kuala Lumpur
Poh Nee is the editor and writes about travel and drinks. When she's not living out her holiday dreams via Google Earth and sipping on an Old Fashioned down at the local bars, you can find her snug at home bingeing on Netflix and mystery fiction.
Travel Drinks