9 ways to explore London in style, from fine dining to rooftop films

Travel
9 ways to explore London in style, from fine dining to rooftop films
Share this article
Next article

With large populations of born-and-bred Hongkongers having studied or lived in London (and vice versa), it’s no surprise that the cities feel closely linked, with London remaining a perennial travel favourite for those based in the SAR. “Even though I have been there numerous times, I have never stopped being surprised by the city,” says Jasper Cheung, director of public relations at Mandarin Oriental, Hong Kong, who attended university in London. “It’s definitely my favourite travel destination.”

For first-timers and return visitors alike, London’s captivating magic never gets tiresome. Beyond stereotypical strolls along Hyde Park or selfies with the stern, bushy-hatted Queen’s Guard, return visitors are there to enjoy the mix of modern and old which courses through the historical city.

Cheung loves admiring the contrast of glimmering modern skyscrapers poking through the cobblestoned streets lined with Gothic, Renaissance and Edwardian architecture; he’s equally passionate about exploring one of the world’s most sophisticated dining scenes, touting the most celebrated chefs from around the world — and sneaking in a humble and hearty English fry-up in between. Whether it’s a stunning martini shaken (or stirred) up on legendary grounds or handsome gardens worth a thousand paintings — Cheung lists his favourite spots in London to guide your next visit. 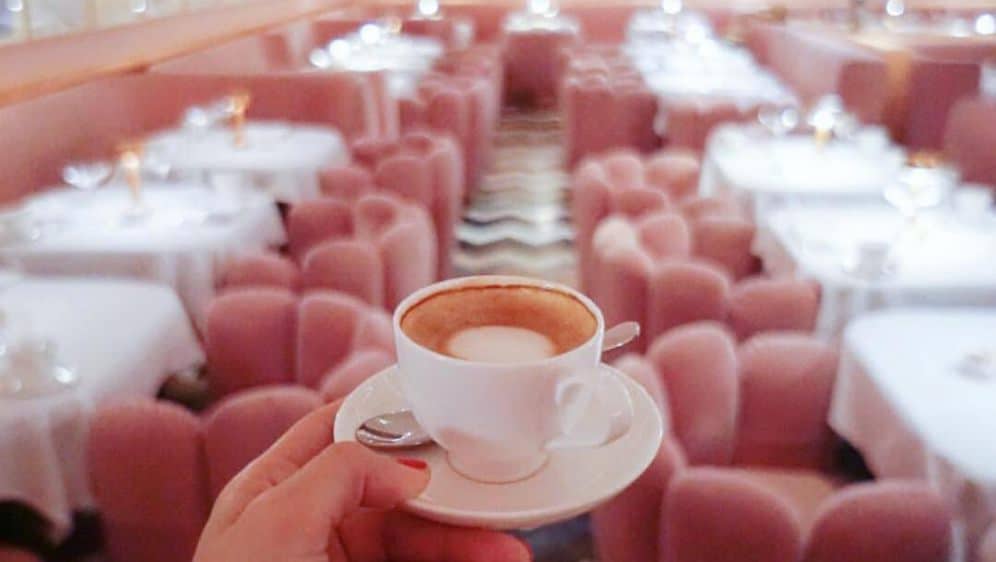 “Sketch is arguably the most beautiful restaurant in London. Apart from the Michelin-starred food by celebrated chef Pierre Gagnaire, most people will be carried away by its absolutely breathtaking surroundings. Dining there is not only a satisfaction for the palate, but also a feast for the eyes. Make sure to go to the toilet after your meal – the futuristic space pods which look like eggs are in fact fully-functioning loos.” “As a big fan of cooking shows, I have always enjoyed watching Heston Blumenthal flashing his experimental and scientific approach to gastronomy on TV. Located at Mandarin Oriental Hyde Park, London, Dinner is the place where I dine at whenever I visit London and I have not had one single disappointing experience there. Serving an exceptional and inventive reinterpretation of historical British dishes, I can assure that the award-winning restaurant delights on every level, offering an elegant yet fun-filled dining experience.”

“Despite its ludicrous name, Sexy Fish is one of the most sought-after restaurants in London these days serving Asian food with influences ranging from Japanese to Chinese and Thai. I went there for my friend’s birthday dinner and was astonished the second I stepped into the restaurant. The enormous place consists of a large dining area and a bar, adorned with sculptures, marble, running water on the walls, as well as spectacular artworks by Damien Hirst. It’s rich and vivid, from the food to the interior and the dining experience.” “It’s a speakeasy tucked away in a townhouse with one of the most hidden entrances in Chinatown that never disappoints, if you can find it. The subtle lighting and some quirky touches make it one of the coolest bars in the city, with an outstanding cocktail menu that changes regularly. This cosy bar is my favourite spot for an after dinner hangout.” “For those who enjoy a classic martini, go to Dukes Bar for a drink made by Alessandro Palazzi, a legendary figure in the bar world and a martini-maker extraordinaire. I tried his martini for the first time when he was a guest bartender at the Captain’s Bar of Mandarin Oriental, Hong Kong back in 2013, and have been going to his bar in London every year since then. He is the Head Barman at Dukes Bar, which is famous for its link to James Bond. It is said that James Bond author, Ian Fleming, frequented Dukes Bar, and that this is where he found the inspiration for that classic line, ‘shaken, not stirred’.” “Red double-decker buses are simply as iconic as red mailboxes in London. For first-time visitors to the city, I’d recommend the No. 11 bus which takes commuters through the tourist heartland. The route takes in Ludgate Hill, St Paul’s, Bank of England, Trafalgar Square, Big Ben, Houses of Parliament, Victoria Street, the Strand and much more. Start at Fulham Town Hall or All Hallows Church.” 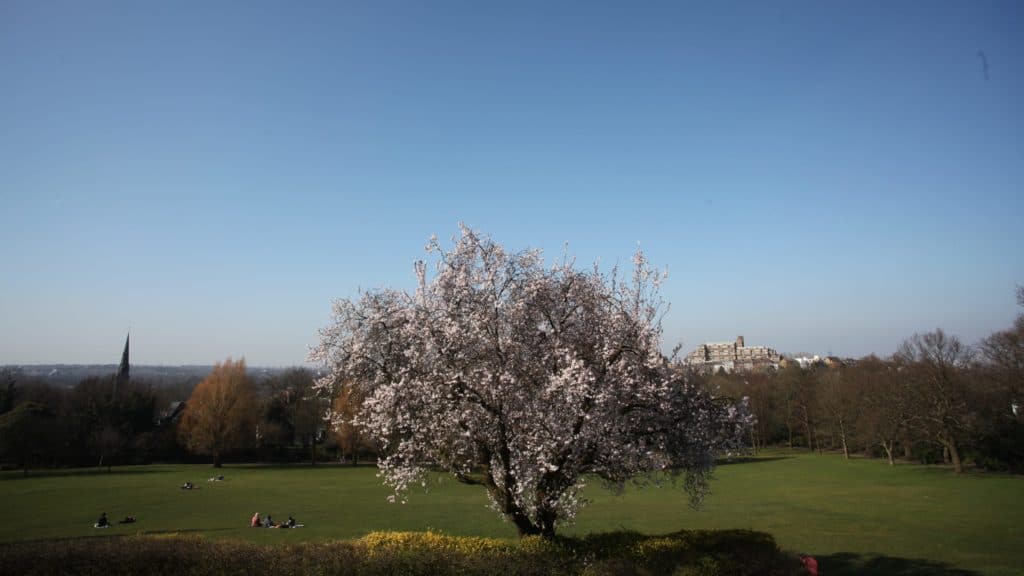 “Apart from Hyde Park which is undoubtedly the most famous park in London, there’re also a few other great options, one of which is Horniman Gardens in Forest Hill, South London. There’s nothing better than taking a relaxing stroll or having a picnic in the compact landscaped gardens on a beautiful sunny day (not that often in London). More importantly, it boasts jaw-dropping panoramic views towards central London so you don’t have to fight for a spot with other tourists at places like London Eye or the Shard just for a good photo.” 8
Rooftop Film Club in the Queen of Hoxton

“Due to the grey, gloomy weather for much of the year, Londoners do get the most out of days when the sun is out. Instead of having a picnic in a park or drinking a cold beer on the street outside a pub, my friend took me to the top floor of the Queen of Hoxton in Shoreditch once for an open-air film, organised by the Rooftop Film Club. Watching a film in an intimate setting with a brilliant rooftop bar, along with the panoramic views of the city as the backdrop — I just couldn’t ask for more.” “As the world’s largest museum of arts and design, the V&A is another place where I never get bored of visiting. It’s been home to some of the most extraordinary exhibitions, along with its regular unrivalled collections. If you’re planning a visit to London soon, don’t miss the chance to view the UK’s largest ever Dior exhibition — Christian Dior: Designer of Dreams, running from now until 14 July 2019.”

London Victoria & Albert Museum City Experts What to do in London Horniman Gardens Dukes Bar Sketch London Heston Blumenthal
Evelyn Lok
Managing Editor
When not trying out the latest beauty and wellness trends, Evelyn is likely enjoying a perfectly balanced negroni or exploring some of Hong Kong's best new places to eat and drink. At Lifestyle Asia she covers everything from the biggest events in town to interviews with Hong Kong specialists, with topics spanning art, food and drink, health, tech, and travel.
Beauty Wellness Events Art Drinks