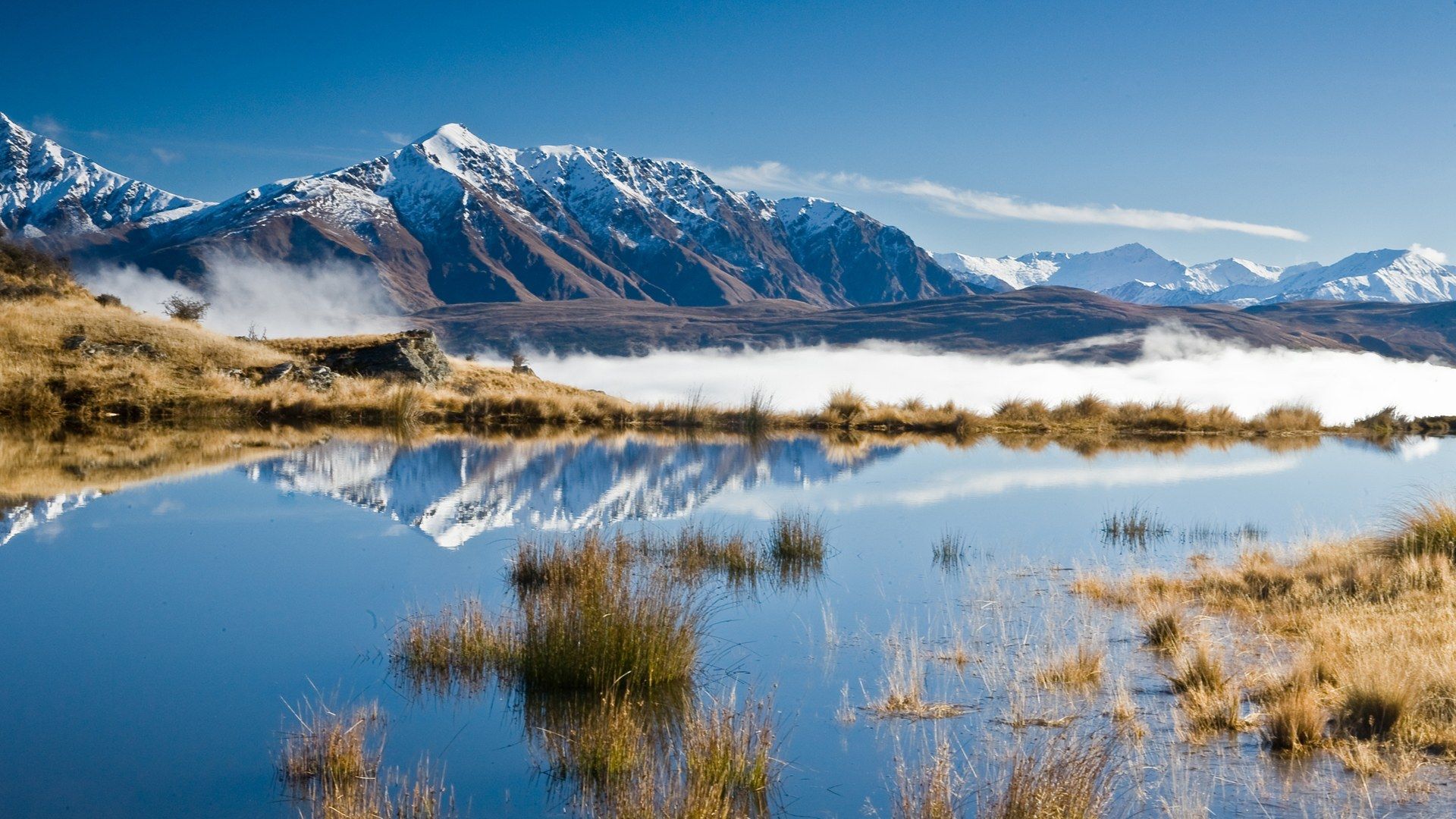 A guide to the most breathtaking natural landscapes in New Zealand

New Zealand is home to some of the world’s most breathtaking landscapes made up of geothermal springs, alpine lakes, limestone caves, spectacular fjords, and miles of coastline with gorgeous sandy beaches.

This makes the sovereign island country in the south-west Pacific a haven for intrepid travellers in search of adventure. The beauty of the country can be attributed to its location above a collision zone of the Pacific and Australian tectonic plates, which also subdue each other in opposite ways under the North and South islands. These conditions have led to the formation of dozens of volcanoes in the north and a high alpine range in the south — a generally hilly landscape with only a few plains created from rivers.

Here, a guide to some of the most breathtaking natural landscapes in New Zealand to add to your itinerary for your next visit. 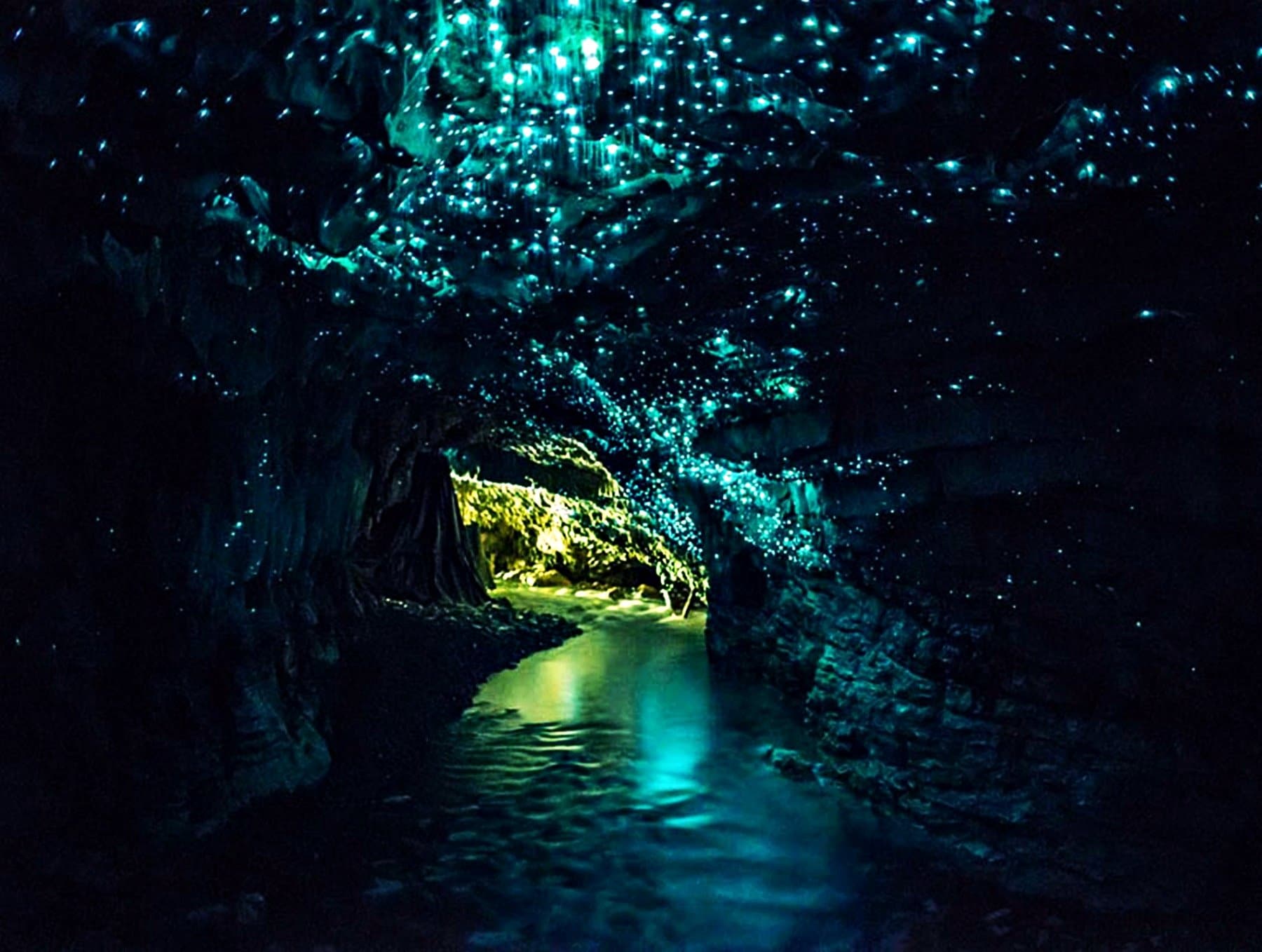 The small village of Waitomo, located South of Auckland, is home to one of the biggest tourist attractions in the North Island, the Waitomo Caves — a labyrinth of caves, sinkholes and underground rivers. Formed more than 30 million ago due to the creation of limestone at the bottom of the ocean, the caves have now become one of the most inspiring natural wonders of New Zealand.

A highlight here is the glowworm caves, lit up by thousands of magical glowworms. You can choose to explore the caves with a walking or boat tour or more adventurous options like black water rafting or zip-lining through the darkness. 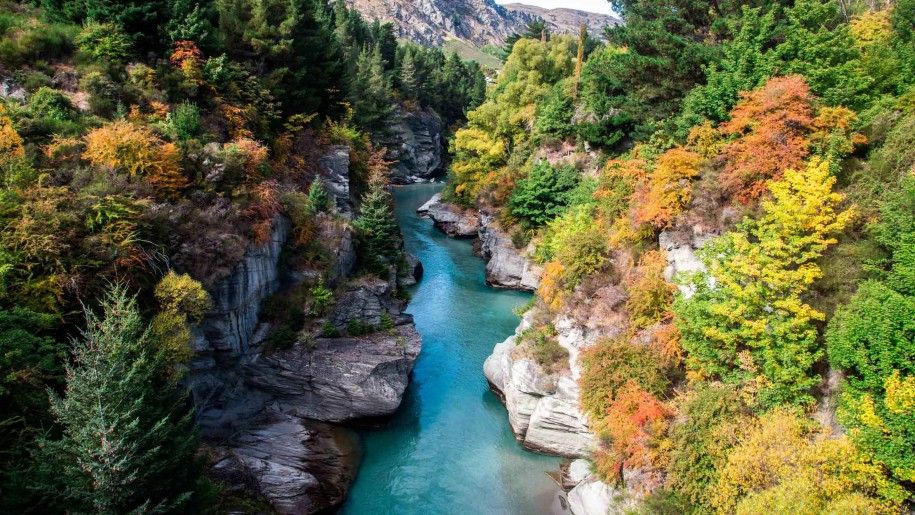 New Zealand’s third largest national park, Mt. Aspiring National Park is a World Heritage site home to a remote wilderness of native forests, towering mountains, and long river valleys. The national park is a hiker’s paradise boasting a large number of short walks that are mostly concentrated at the end of the park’s access roads, including the Routeburn, the Dart/Rees River circuit, and the Wilkin Valley tracks.

A highlight of any South Island adventure is the 30-minute Blue Pools Walk, which leads through silver beech/tahina forest, and over a swing bridge to a viewing platform overlooking magnificent crystal-clear pools at the mouth of the Blue River. 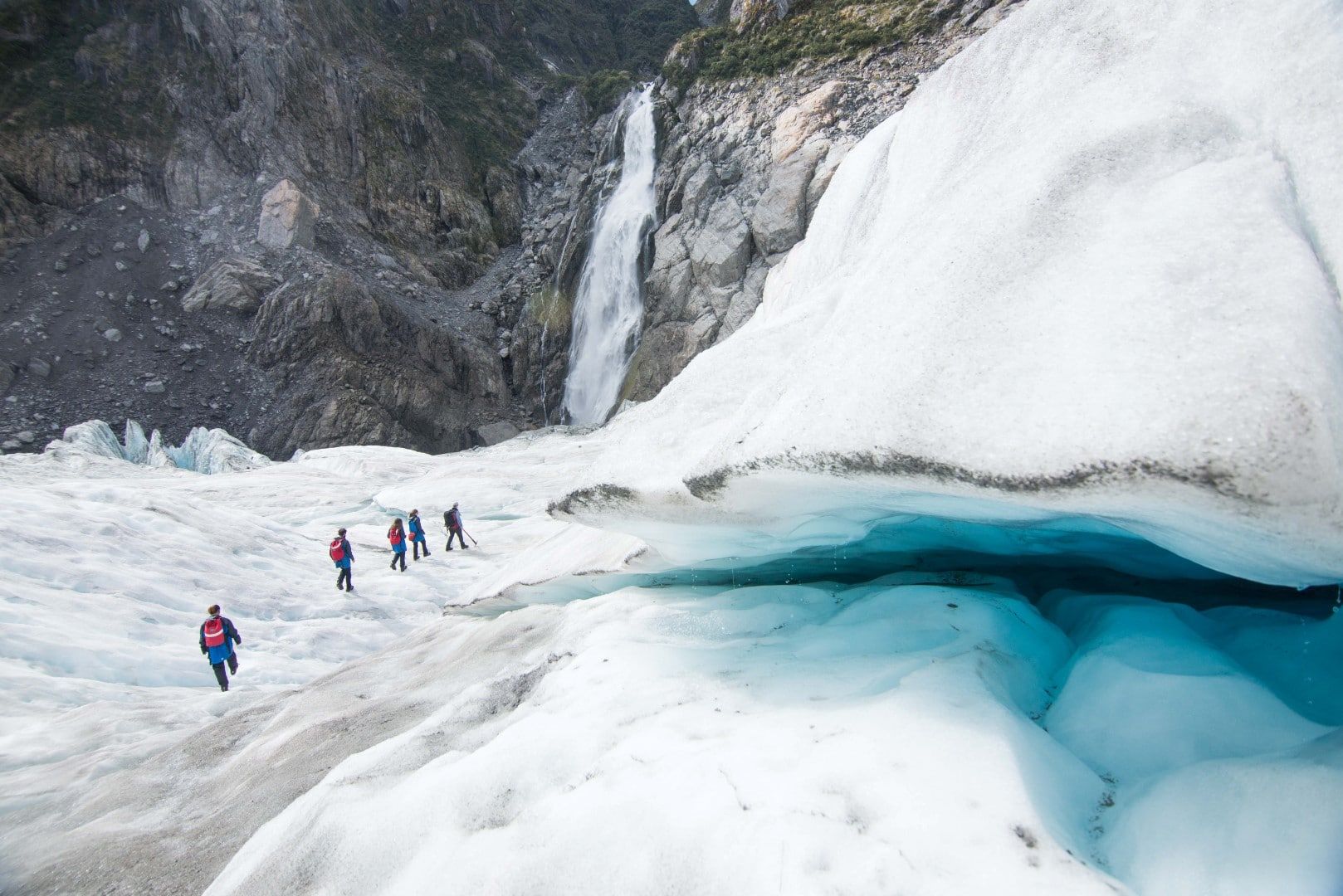 Along with the popular Franz Josef Glacier, the Fox Glacier Valley is one of New Zealand’s most popular natural landscapes. The valley, located less than six kilometres from Fox Glacier township, is home to a number of walks each boasting different spectacular views of the glacier.

The best way to explore the valley is by helicopter to the summit of the glacier, where you can hike and explore the tunnel-like valley home to waterfalls, crevasses, stream and more. 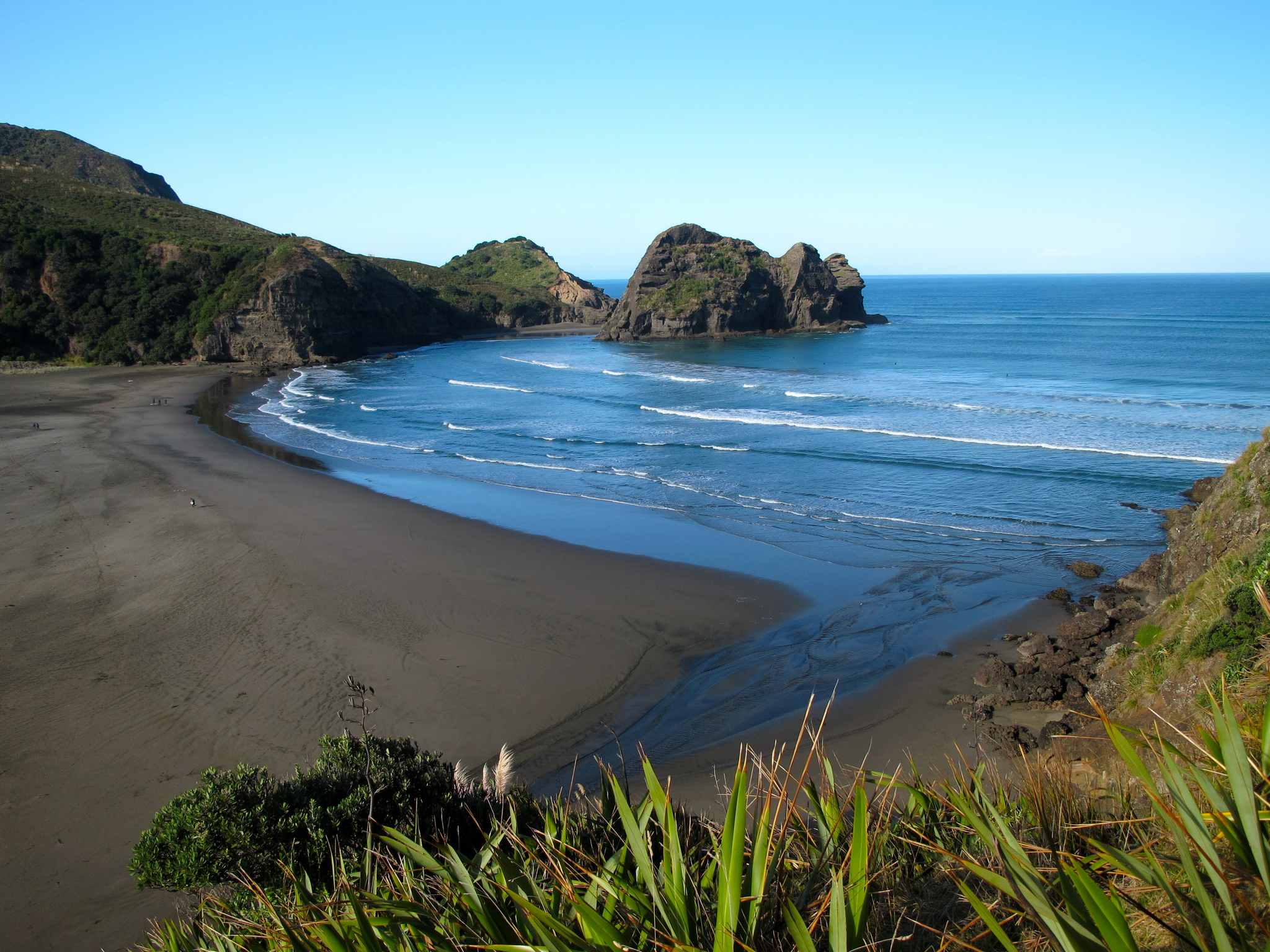 Piha, New Zealand’s most famous surf beach situated on the west coast of the North Island 40 kilometres from the city of Auckland, is a must-see. The beautiful rugged black sand beach is made up of the eroded remains of volcanic rock mainly from the Taupo volcanic zone.

While you’re there, explore the lush rainforests, two surf beaches, a sheltered lagoon, a waterfall and Waitakere Ranges nearby, formed by a 20 million-year-old volcano. 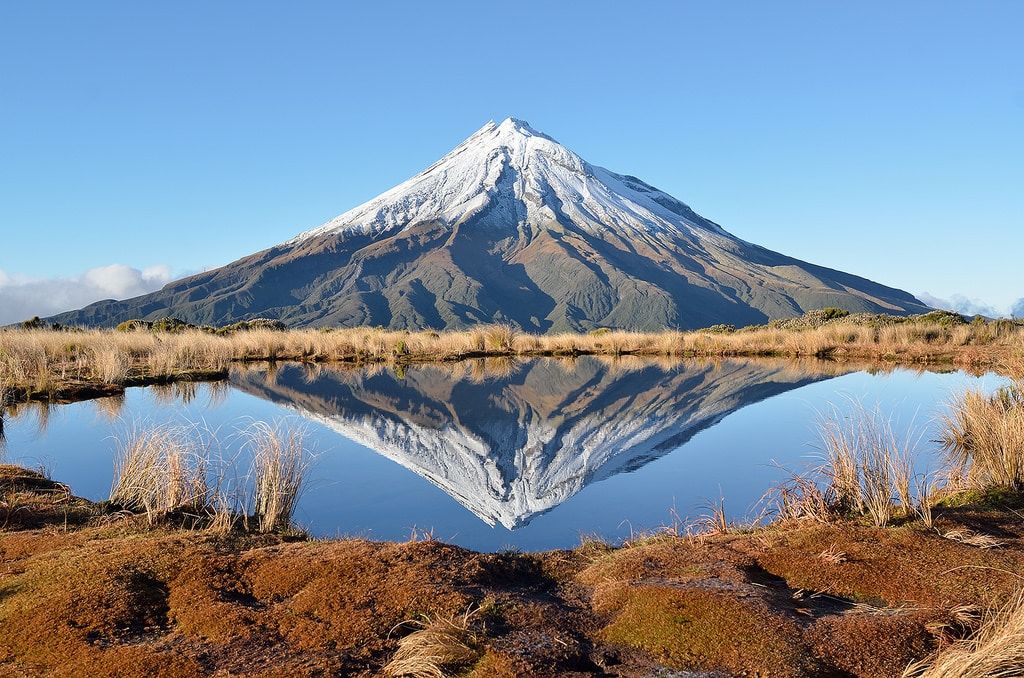 Egmont National Park on the western coast of New Zealand’s North Island, also known as the “Goblin Forest” for its entwining mystical mossy trees, is a magnet for avid hikers. It is home to verdant forests, sparkling waterfalls and Mt. Taranaki, one of New Zealand’s most magnificent mountains.

Adventurous travellers can climb up the summit of the active volcano, which was formed 120,000 years ago and last erupted in 1775, for all-encompassing views of the national park.

Travel Travel Guide New Zealand natural attractions
Dewi Nurjuwita
Senior Writer
Dewi Nurjuwita is a travel and design writer who can be found exploring the streets of foreign cities with passport in one hand and a cup of coffee in the other.
Travel Architecture Interior Design
Sign up for our newsletters to have the latest stories delivered straight to your inbox every week.