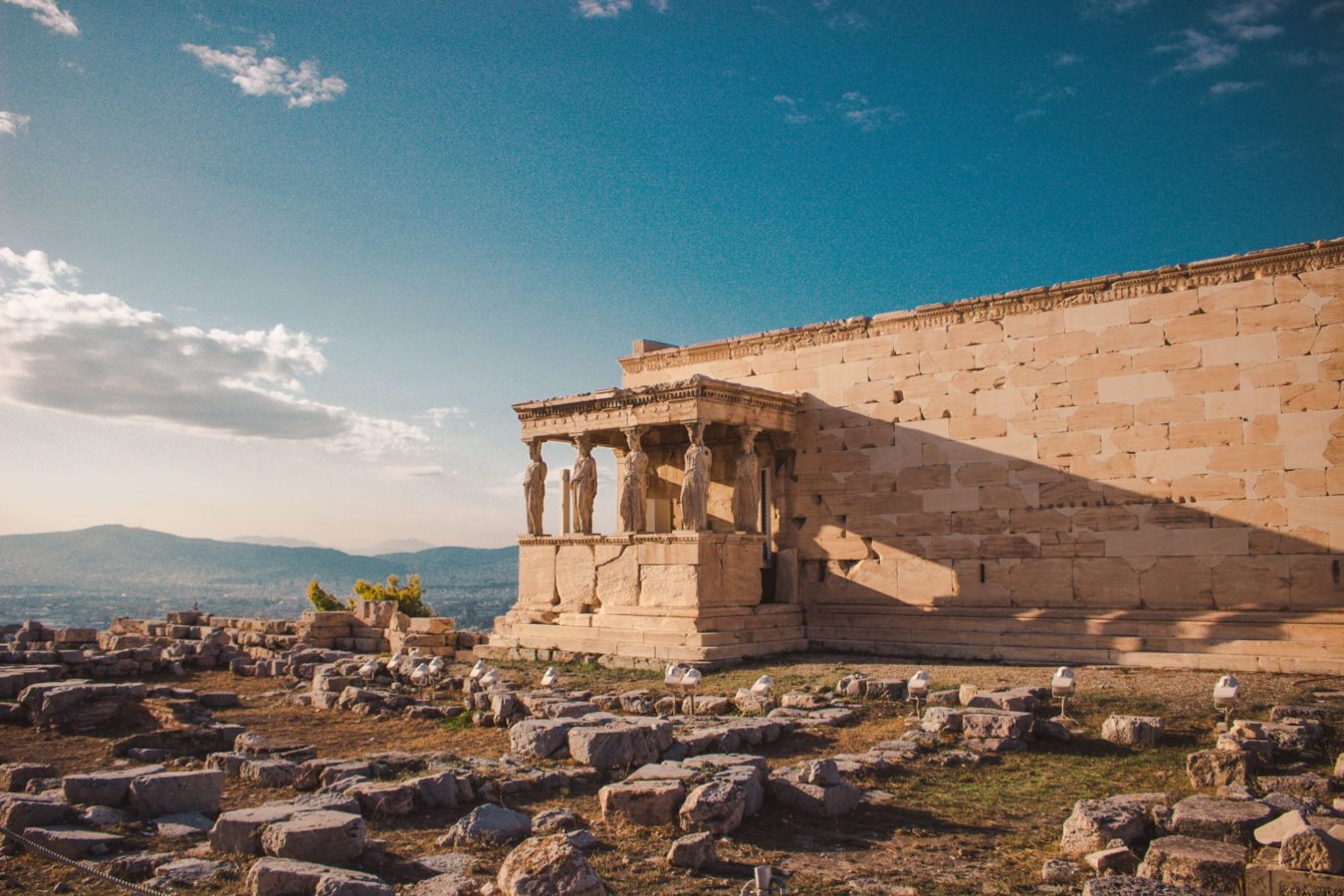 Greece reopened the Acropolis in Athens and all open-air archaeological sites under tight sanitary conditions to the public after a two-month closure due to the coronavirus pandemic.

A clutch of visitors — among them foreigners living in Athens — and masked reporters gathered at the world-famous site, the most-visited monument in Greece, which had been closed since March 13, ten days before a general lockdown was imposed.

“We have never seen so few people at the Acropolis,” a Russian visitor accompanied by her husband said.

“It’s like having a private visit,” said the woman, who has lived in Athens for five years.

President Katerina Sakellaropoulou was among the first visitors to the ancient Greek complex that sits on a rocky outcrop overlooking the capital.

Culture Minister Lina Mendoni, journalists and employees — many wearing face masks — attended, as well as a few tourists, with measures to control the virus enforced.

Separation screens have been put up and the sites have been disinfected, the culture ministry said.

Visitors will be encouraged to wear masks — which will be compulsory for guides at the site — and guests will be asked to stay 1.5 metres (five feet) apart.

Greece is dotted with dozens of temples, stadiums, theatres and citadels from Antiquity, including the Bronze Age Minoan palace of Knossos on Crete, and Olympia, cradle of the Olympic Games.

But all museums will not be open until June 15 under the government’s plan to gradually lift restriction to halt the spread of COVID-19.

Tourism is a major economic engine for Greece and has been hit hard by confinement measures in place to stem the spread of the virus.

Greece and another nine EU states including Germany on Monday said they were in favour of “progressive” cross-border movement, “provided current positive trends continue leading to comparable epidemiological situations in countries of origin and of destination.”

“We call on tourism businesses and related private actors to use the coming weeks to take appropriate precautionary measures to protect travellers once freedom of movement and travelling is restored,” the foreign ministries of Bulgaria, Cyprus, Spain, Croatia, Germany, Greece, Italy, Malta, Portugal and Slovenia said in a joint statement.

The foreign ministers who held a videoconference to discuss a coordinated approach towards restoring freedom of movement, said there had to be “a common understanding of health-related standards and procedures.”

The Greek government on Monday said it would announce its travel and health protocols within days, but that the country was “starting from scratch” as far as season expectations are concerned.

“Anything we gain will be a success,” said government spokesman Stelios Petsas.

“We want a bigger market share from a much smaller pie,” Prime Minister Kyriakos Mitsotakis said last week. “If things go according to plan, we will be open July 1, with a protocol that is going to make common sense.”

Athens expects the economy to contract nearly five percent this year, partly due to the loss of tourism income from key markets such as Germany, Britain and the United States.

With 165 deaths from the virus, Greece started easing the measures this month after a six-week lockdown with an eye to salvaging the vital tourism season.

The country has suffered less from the pandemic than many other European nations and restaurants are due to resume trading from May 25, a week earlier than originally planned.

“This is a precious achievement, it allows for the resumption of the tourist season which will be extended to make up for lost time”, the Greek culture minister said.

The government spokesman said that two weeks after the first restrictions were lifted on May 4, mobility was up 33 percent this month compared to April without major changes on the virus front.