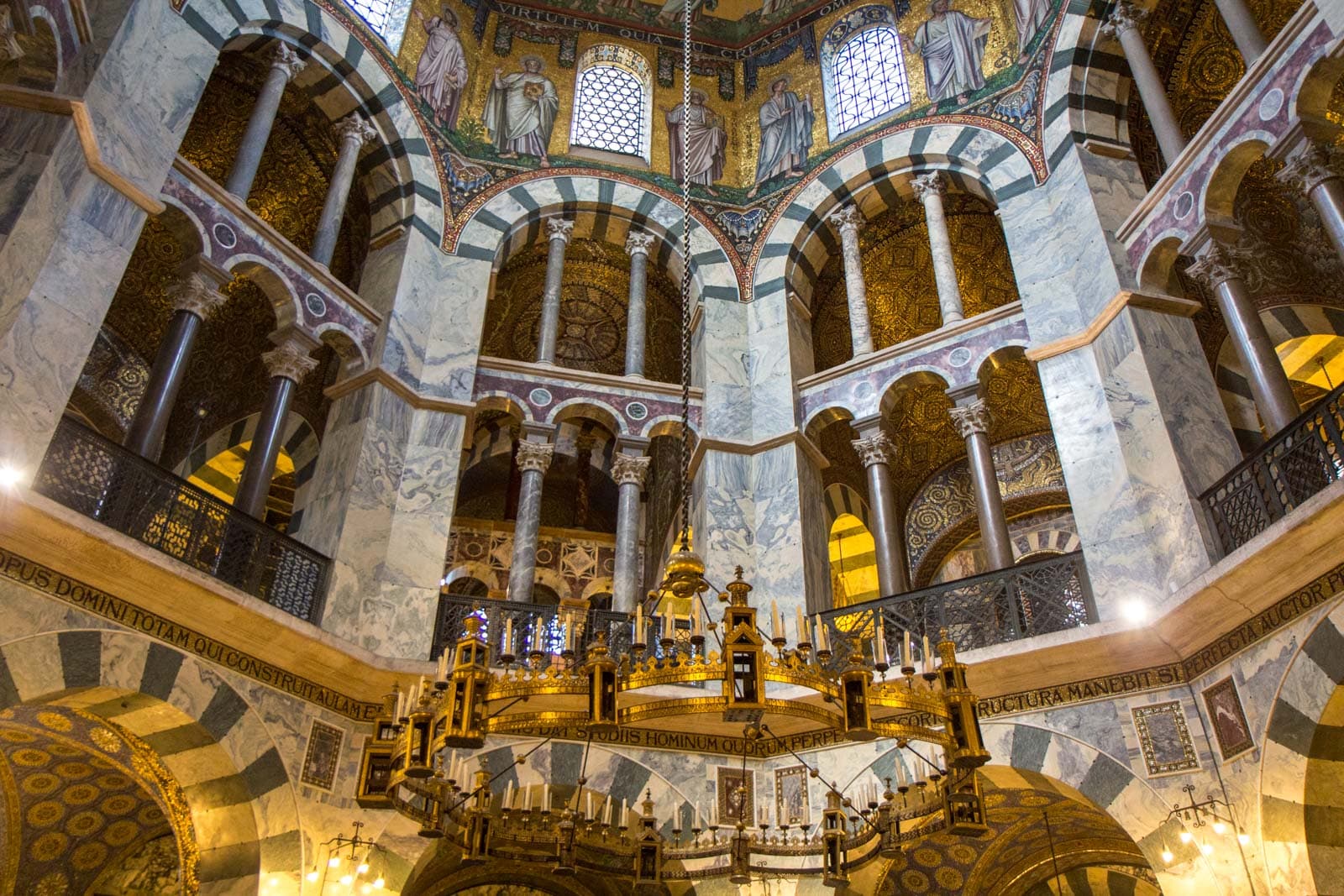 Add these stunning UNESCO heritage sites to your itinerary this year

Other than immersing ourselves in Japanese culture, eating our way through Italy, or visiting museums in the United Kingdom, we often travel to learn about the history of a specific place. One of the best testaments of the history of a place, of course, is through well-preserved architecture.

Just last month, eight of famed American architect Frank Lloyd Wright’s buildings were nominated for inclusion on the UNESCO World Heritage List. Titled “The 20th-Century Architecture of Frank Lloyd Wright,” the list of eight major works — which includes Fallingwater, Unity Temple and the Solomon R. Guggenheim Museum — is a revision of a previous application lodged in February 2015. The works will be considered at the 2019 World Heritage Meeting taking place in Azerbaijan in July.

But of course, Wright’s building’s aren’t the only ones. Many other historical monuments around the globe have gained their place in the list. From modernist masterpieces in Europe to Moorish mosques, these places provide a look into the history of these countries at these architecture heritage sites. 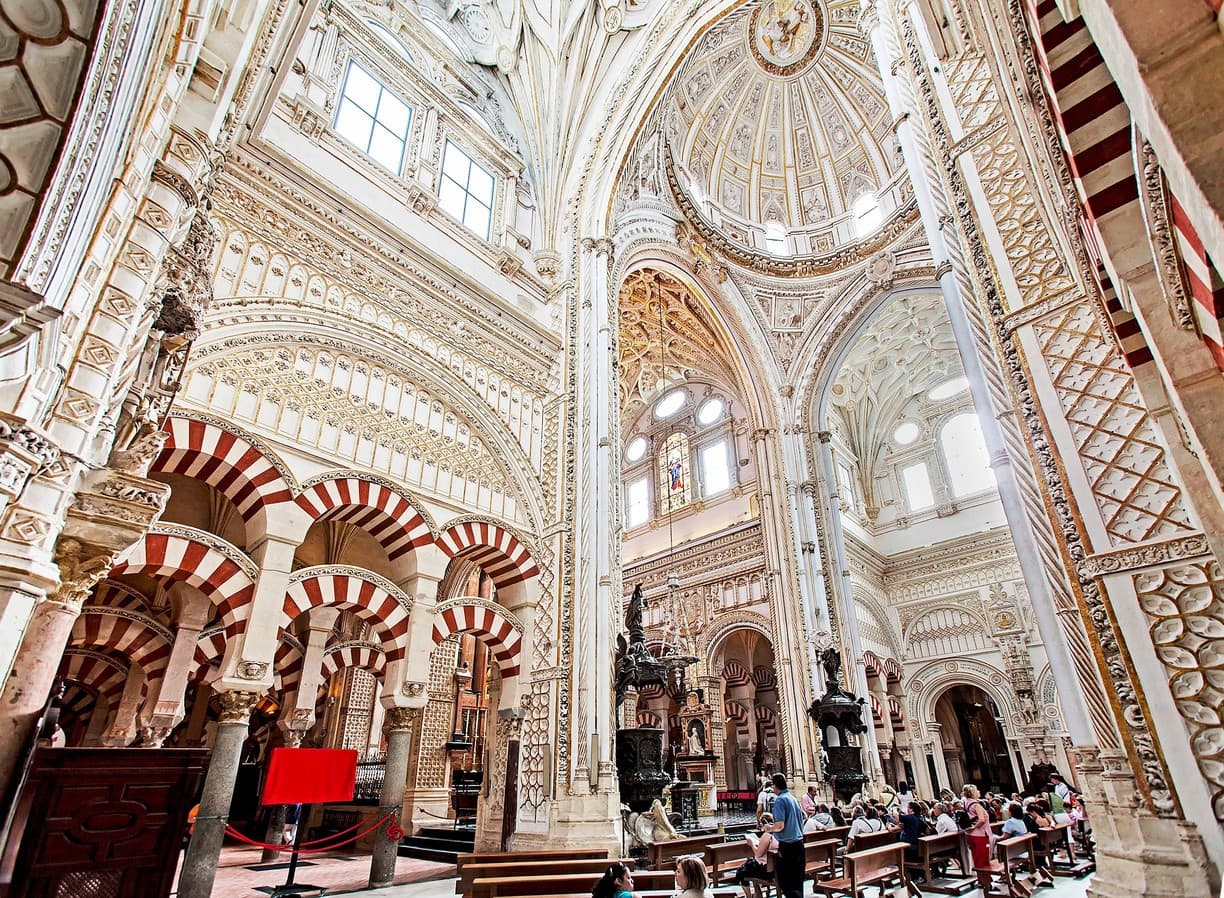 Considered to be one of the finest examples of Moorish style in the Iberian peninsula, and the most important monument in the Western Islamic World, the Great Mosque of Cordoba in Spain has served as both a mosque and cathedral over its years. Its architecture features the evolution of the “Omeya” style, as well as the Gothic, Renaissance, and Baroque of the Christian architecture.

In fact, the structure has inspired many of those that cpme after it. The Mosque-Cathedral of Cordoba was built in the eighth century by the Emir Abd ar-Rahman I on the rests of a Christian Visigothic Church before being reconverted into a Christian church in 1236 when Ferdinand III of Castile conquered Cordoba. It made its way onto the UNESCO Heritage list in 1984. A decade later, the inscription was expanded to include much of the old town. 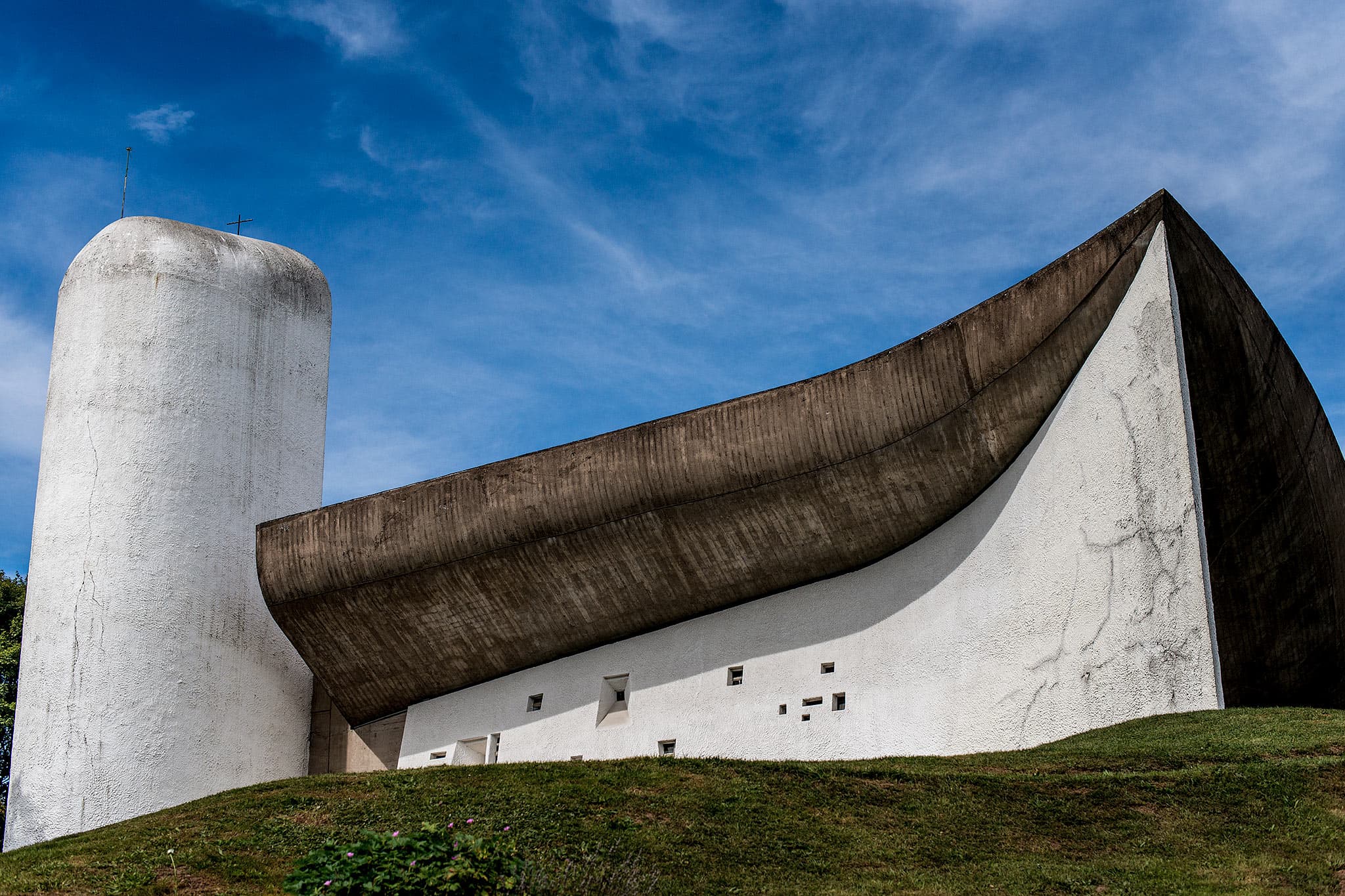 In 2016, 17 of architect Le Corbusier’s buildings were added to UNESCO’s World Heritage List. One of which is his most famous works, the Chapelle Notre-Dame du Haut. The concrete-and-stone structure, also known as the Ronchamp Chapel after the eastern French city it inhabits, was built in 1954 for a Catholic church on a pre-existing pilgrimage site, which was largely destroyed during the second world war. It represents a major shift away from the sparse, functionalist form of modernism that the architect displayed in his earlier projects, and is now considered one of the most important buildings in the 20th century. 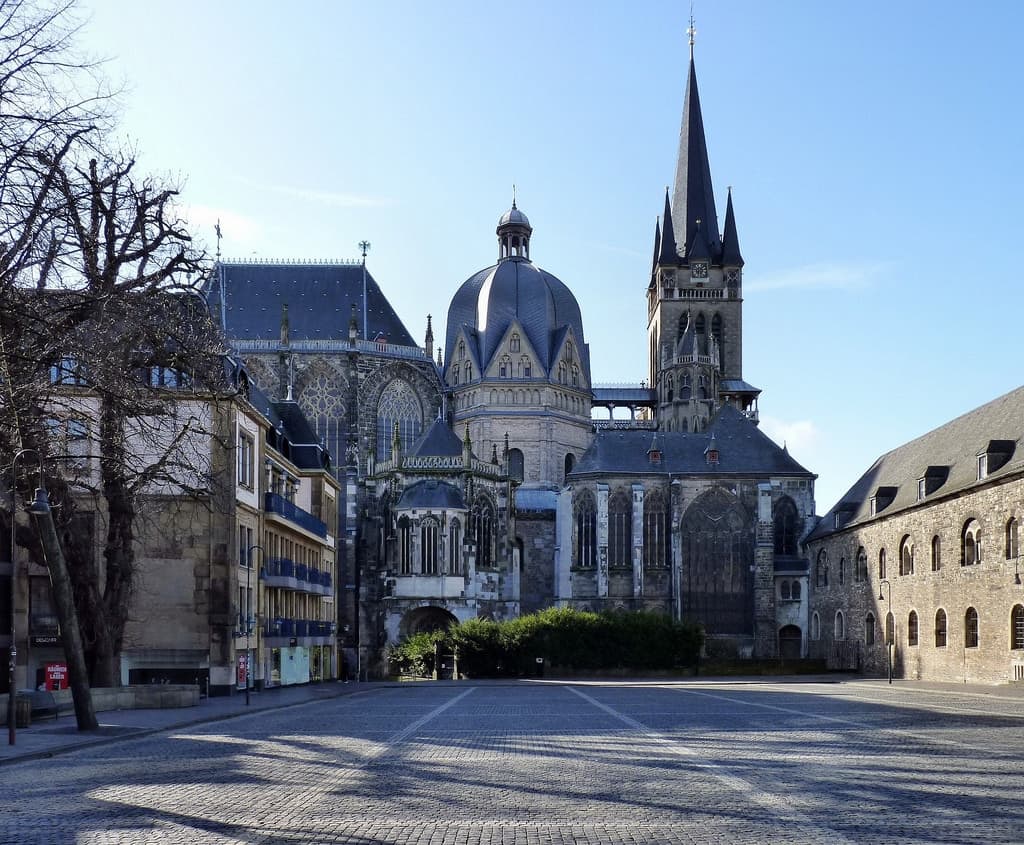 The largest cathedral in Western Europe, the 1780s Aachen Cathedral (named after its namesake city in Western Germany) showcases classical and Byzantine traditions with its opulent mosaics and vaulted ceilings. The dramatic religious building, formerly known as Charlemagne’s Palatine Chapel, would then influence centuries of European design to come. It was originally inspired by the churches of the Eastern part of the Holy Roman Empire and then enlarged in the middle ages. The Aachen Cathedral was inscribed as a Heritage building in 1978. 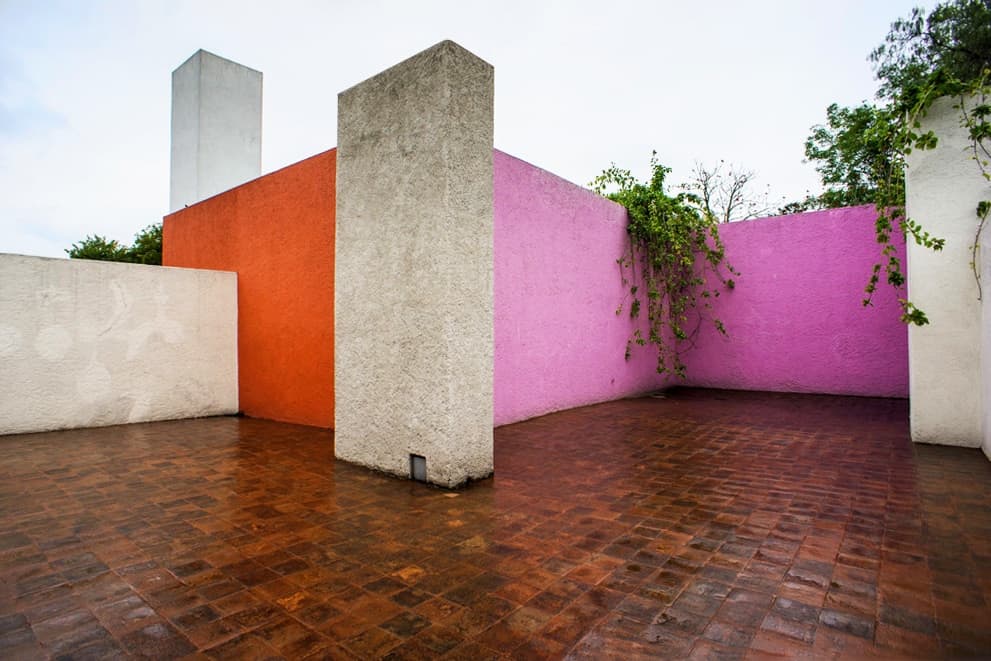 Built in 1943, Casa Luis Barragan in Mexico City is the former residence of Prizker Prisze-winning architect Luis Barragan. The architect, famous for his regional interpretation of the modern movement, built his house and studio in the suburb of Miguel Hidalgo. Now, the house (owned by Fundación de Arquitectura Tapatía and the Government of the State of Jalisco) is regarded as one of Barragan’s masterpieces and serves as a museum exhibiting the work of the famous artist and architect. It was inscribed into the World Heritage List in 2004 as one of the most influential and representative examples of modern Mexican architecture. 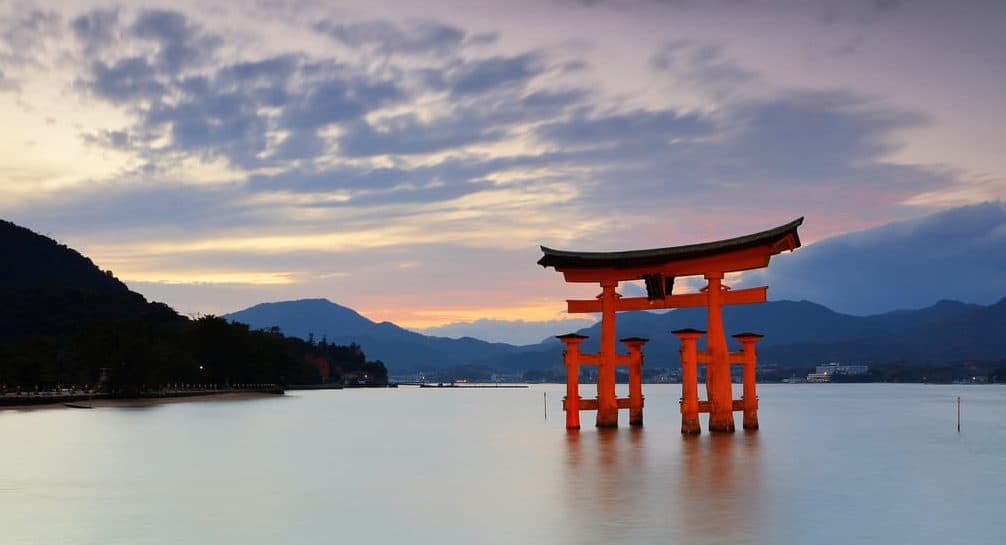 The mystical Itsukushima Shrine in Hiroshima — located on its namesake Japanese island — is known to be one of the holiest Shintoism site. It was constructed in the 12th century and first erected on top of the water to commemorate the first samurai to assume the role of the Daijō-Daijin (the head of the imperial government). The bright colour of the shrine, which became a World Heritage Site in 1996, offers a dramatic contrast to its surroundings.

Architecture UNESCO heritage sites
Dewi Nurjuwita
Senior Writer
Dewi Nurjuwita is a travel and design writer who can be found exploring the streets of foreign cities with passport in one hand and a cup of coffee in the other.
Travel Architecture Interior Design
Sign up for our newsletters to have the latest stories delivered straight to your inbox every week.