While some people’s idea of an adrenaline-pumping vacation involves ordering a level-10 spicy curry from an Indian Restaurant in London, some others are born to be thrill-seekers. For this special breed, no vacation is complete without partaking in activities which make you momentarily feel like maybe it would’ve been a good idea to get travel insurance. (Disclaimer: you should purchase travel insurance whenever you’re travelling)

Besides, isn’t travel all about deviating from the norm and taking risks? When you get back, you don’t just have photos to show for your adventures – but stories to tell, too. Albeit, your Instagram stories will show you screaming your guts out while diving headfirst down a canyon all for a great adrenaline rush – and you’ll have to explain to your folks why you subject yourself to such dangerous endeavours. But we’ll worry about that later.

If living life on the edge is your thing, you will crave for these different risk-taking adventures all around the world. From swimming with majestic (yet terrifying) great white sharks to throwing yourself off a helicopter onto remote, untouched mountains, these activities will definitely get your adrenaline pumping – and your heart rate rising.

Lying 2,500 metres above sea level and overlooking a dramatic gorge and spectacular mountain range, Alila Jabal Akhtar offers the Via Ferrata experience for 2017 where thrill-seekers can explore the Jabal Akhtar Canyon (Oman’s answer to the Grand Canyon) from new heights.

Guests will walk across a cave mouth, crossing on an exposed 20-metre high rope – traversing along the side of the canyon and ascending into a steep gully. It’s not all adrenaline-pumping activities, though. There will also be gentle hiking where you get to appreciate sights of the wild olive trees and mountain greenery, listening to stories by expert guides about the local region – before going back up the mountain and spending the rest of your stay enjoying the hotel’s scenic views from your own private balcony.

Price: OMR 35++ / S$130++ per person for a 2-hour experience. It is level 2 (entry level) and requires some level of fitness. Rates at Alila Jabal Akhdar start from S$813 for a Mountain View Suite on a Bed & Breakfast basis, excluding tax. While being the cast of a real life Jaws situation isn’t exactly our idea of fun, some people truly like living life dangerously – we don’t judge. If you’ve always wanted to know how it feels like to be shark bait, there’s no better place to go than at the great white shark capital of the world. Many shark cage diving operators are located in Gansbaai, a marine wonderland only a two and a half hour scenic drive from Cape Town.

The adventure starts with you being lowered in a cage into shark-infested waters, where you get to watch the great whites in all their majestic glory. Well, until they start lunging at your cage because said shark cage diving operators lure them with bait trailing blood.

We suggest holding up a sign that says: “Humans are friends, not food.” If you want to drown in the surge of adrenaline while shedding off the calories you’ve earned from all that vacation feasting, this one might be perfect for you. A relatively new adventure travel sport that has been around for barely over 20 years, coasteering is a coastal obstacle course that involves rock climbing, swimming, jumping and subjecting yourself to the elements of nature.

While not that popular all around the world as of now, you can try coasteering in Wales. At Celtic Quest Coasteering, it costs S$76 per person – or S$68 per person if you go in a group.

When regular old skiing and snowboarding gets a little too repetitive, you know its time to try something new – Heli-Skiing. Instead of gliding up the slopes on a traditional ski lift, you get to access the untouched, remote alpine terrain via helicopter – which you will throw yourself out of to indulge in some serious off-piste skiing.

If your inner wild child is yawning at the very relaxed standup paddle boarding, you may want to try the same activity down Class II to Class III rapids. SurfSUP Adventures offers guided outings on the rapids of Connoquenessing Creek in Ellwood City, an adrenaline-soaked alternative to the popular zen activity. The company offers the adventure at just S$113 per person. As much as roller coasters do not sound all that thrilling anymore, this one is not your average coaster. Formula Rossa, the fastest rollercoaster in the world, is the Ferrari of rollercoasters – reaching a top speed of 240km per hour.

Riders must wear protective glasses, like the ones skydivers wear, to protect themselves from the high speeds and risk of collisions with anything in the air – which could harm the eyes at such high speeds. If that isn’t enough to feed your adrenaline-hungry self, there is a drop of nearly 52 metres. 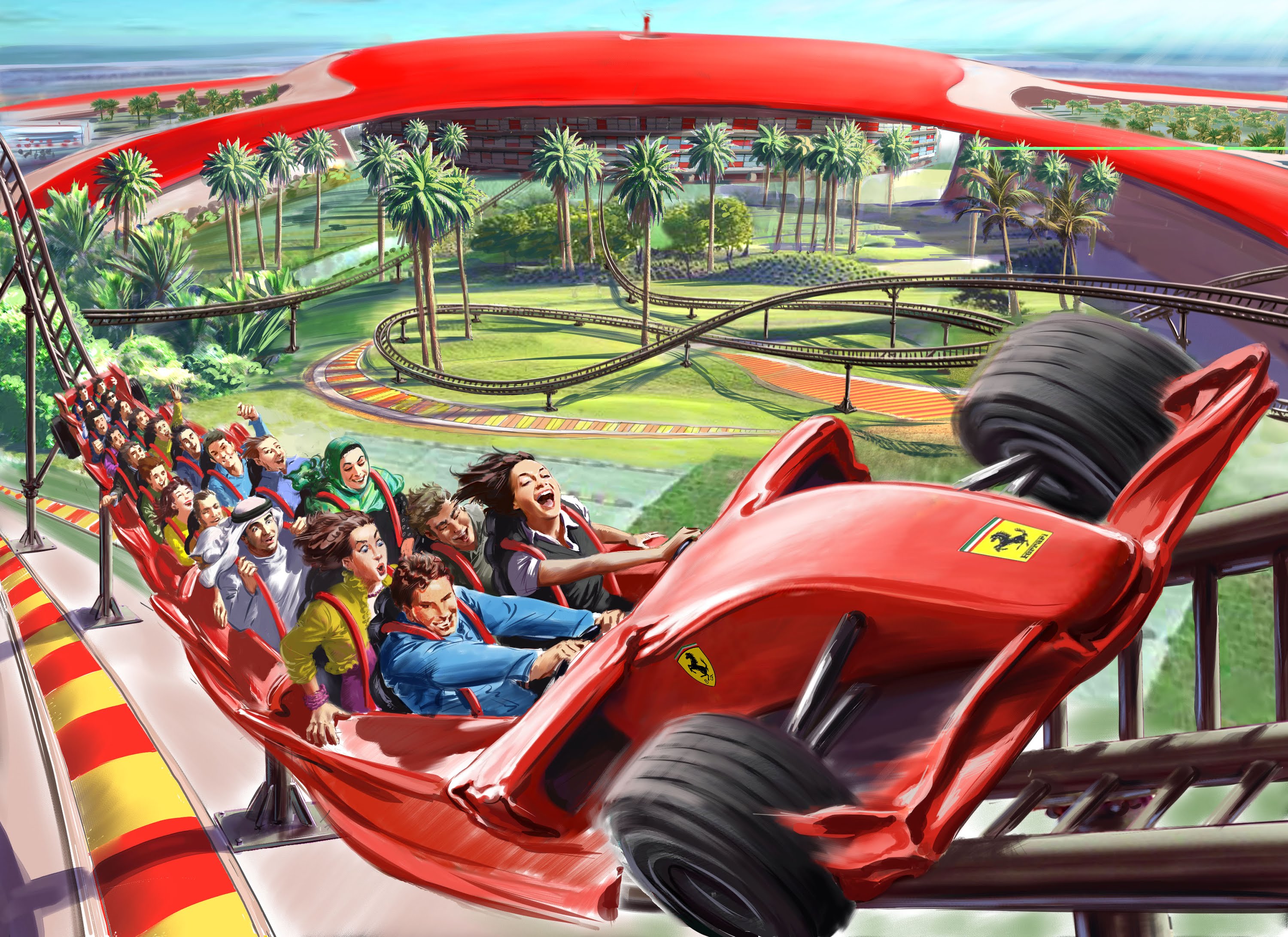 Via Ferrata Alila Jabal Akhtar Celtic Quest Coasteering shark cage diving Heli-Skiing Formula Rossa Ferrari World Abu Dhabi
Dewi Nurjuwita
Senior Writer
Dewi Nurjuwita is a travel and design writer who can be found exploring the streets of foreign cities with passport in one hand and a cup of coffee in the other.
Travel Architecture Interior Design

Travel
7 best luxury hotels in Amsterdam
Beauty & Grooming
LSA Loves: How a Tom Ford perfume shocked my life into high gear
Living
Dry brushing is 2020’s trendy way of reinvigorating the skin
Style
How to nail tomboy chic like Kaia Gerber
Travel
Your guide to Le Marais, Paris’ most storied neighbourhood
Style
Our quintessential guide to cleaning and caring for your leather bags
Food & Drink
Bar guide: Where to drink in Jewel Changi Airport
Style
How to work pearl accessories like Harry Styles
Style
Chanel marks 20 years of the J12 with two extravagant limited editions
Sign up for our newsletters to have the latest stories delivered straight to your inbox every week.