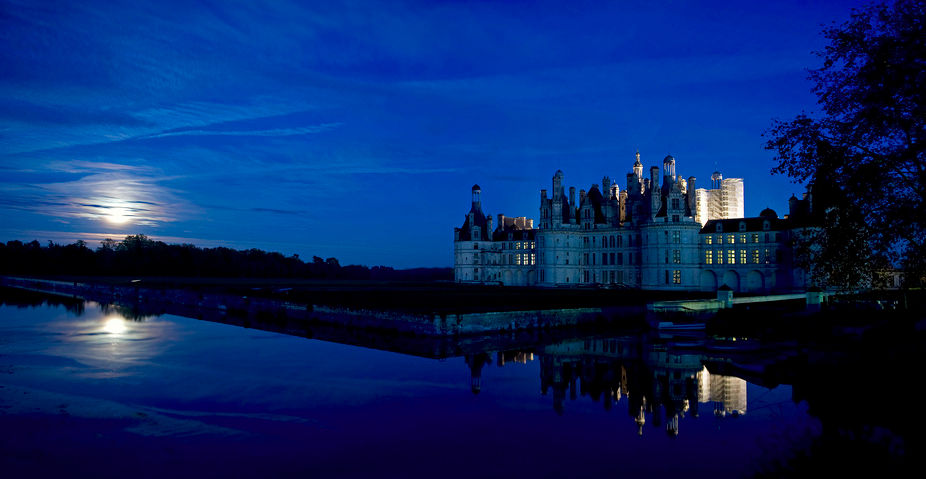 Tale as old as time: 5 fairytale places in Europe to visit

The much-anticipated live-action adaptation of Beauty and the Beast just waltzed its way into cinemas on 16th March, but it has already seen a record-breaking S$238 million opening, according to studio estimates. Seeing the fairytale come to life has left us longing to explore quaint old towns, French bakeries, and magnificent European castles.

With names like Belle and Lumiere, it is apparent that the tale is set in France. However, inspiration for both the 1991 animated film and its 2017 spin-off came from all over timeless Europe. From an extravagant library in Portugal that looks just like the set for Beast’s library, to fairytale-like French towns in Alsace that inspired the 1991 animated film, here are destinations in Europe to travel to relive this tale as old as time. And no, Stockholm isn’t anywhere on this list.

“Bonjour, bonjour!” Who could forget the opening scene of the original movie, where Belle was walking through her “little town”, and bemoaning how predictable life there was. The quaint village in the animated movie was inspired by towns in Alsace, a historical region in the East of France — bordering Switzerland to the South and Germany to the east.

The two towns that inspired Belle’s are Riquewihr and Ribeauvillé, with their cobbled streets, roof shingles and rows of bright cheery houses along the Rhine. Colmar is also said to have inspired the tale, with its Schwendi Fountain reminiscent of the fountain where Belle sat and read to the sheep. We don’t advise you to do that in the real world, though.

For the 2017 remake, production designer Sarah Greenwood built the fictional provincial town on a back lot at Shepperton Studios outside of London. The massive set was inspired by the town of Conques in southern France, one of the most beautiful villages in the country.

Sitting on the edge of the gorge of the River Dourdou, Conques boasts a beautiful setting surrounded by mountains and forests. The village features narrow cobbled paths with many medieval houses spread out across the hillside.

Beast’s castle was modelled after the 16th-century structure in Loir-et-Cher, which was originally built as a hunting lodge for François I — and is one of the finest examples of French Renaissance architecture. The chateau has an elaborate rooftop of 800 sculpted columns and over 440 rooms and 85 staircases, deeming it the largest in the Loire Valley. Now, you just have to find out if one leads to a mysterious West Wing.

The Palace of Versailles, France

One of France’s most grandest castles, Chateau Versailles has inspired and become the setting for many movies — such as Farewell, My Queen (2012) and Marie-Antoinette (2006). It is no different for Beauty and the Beast, with the ten glass chandeliers that appeared in the ballroom scene of the 2017 movie inspired by those found within the magnificent Versailles Palace.

Even if you are not a bookworm like Belle, you’d be lying if you said you weren’t in awe of Beast’s grand library, which was inspired by the Biblioteca Joanina in Portugal.

The spectacular library was a gift from Joao V in the early 18th century, featuring rosewood, ebony and jacaranda tables, along with elaborately frescoed ceilings and gilt chinoiserie bookshelves.