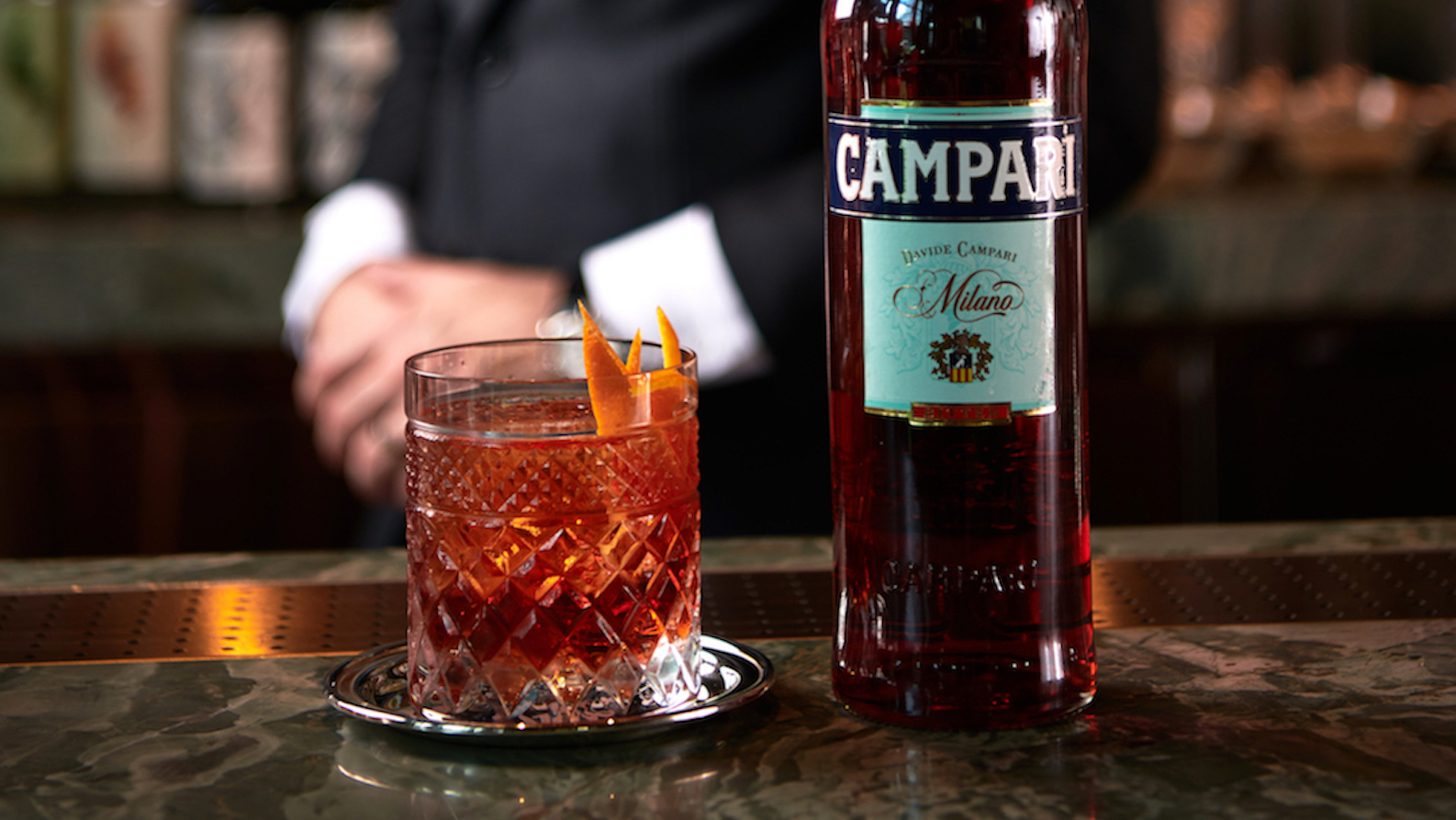 Random fact of life #1: Throughout the day, there’s never a bad time to have yourself a Negroni.

From its most archetypal expression (gin, Campari, vermouth) to delectable new twists and reinventions, here’s where you’ll find all our favourite Negronis in Hong Kong. 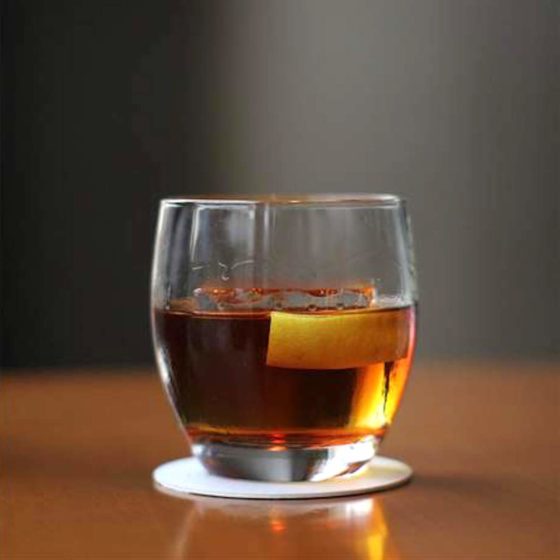 A firm favourite of Team LSA, Bar De Luxe is the now-renowned collaboration between bartender Hidetsugu Ueno (Bar High Five, Tokyo) and local entrepreneur Brandon Chau; serving meticulously crafted classic cocktails out of a handsome rooftop lounge. Unlike the traditional Campari-backed Negroni, the ‘house’ iteration here is flavoured with Fernet Branca — an amaro that lends the remaining elements of gin and Carpano a more sultry and herbaceous quality. 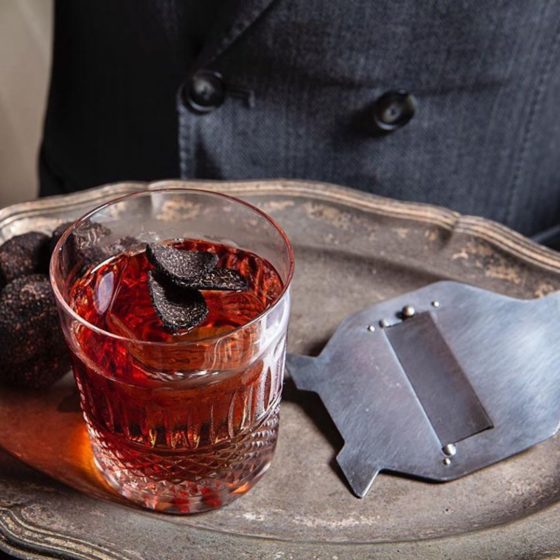 Named for its three-Michelin-starred sibling restaurant (and a worthy destination in its own right), Caprice Bar has experienced something of a revival of late under the stewardship of ex-Charles H caporegime Lorenzo Antinori. With a rather substantial backbar of small-batch gin and vintage Campari, it’s hardly a displeasure to come here for the quintessential Negroni. For a tipple that matches dinner next door, the Truffle Negroni is another terrific option: spiking the beverage’s traditional citric bouquet with layer upon layer of heady Manjimup truffle. 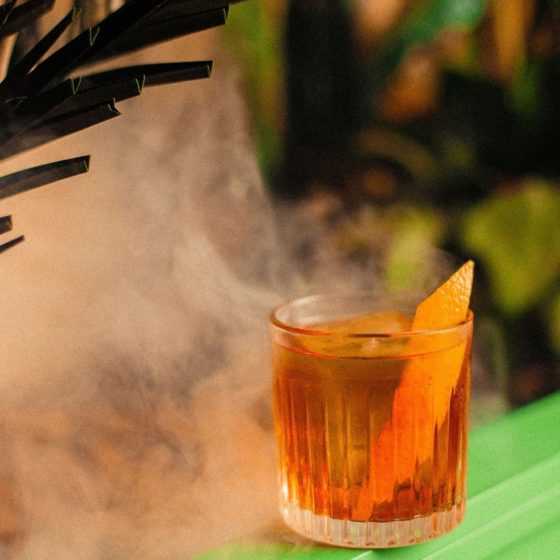 Apropos of its name, ex-Foxglove manager Gerry Olino’s latest project is a celebration of all things “yo-ho-ho and a bottle of rum”. Fortunately for boozehounds, the Negroni recipe is devastatingly versatile. If you feel like something beyond the usual pail of “gin, Campari, vermouth”, the Tot’s bartenders are currently whipping up two Negroni Week specials (until 20 September): including a savoury salted cocoa version, and another built on the house’s popular banana-infused rum.

Masahiko Endo’s cosy and clandestine nook has long been a known quantity among high-powered Japanese execs in Hong Kong: beloved for its traditional, period-correct, exactingly made libations. Rather unsurprisingly, it’s always a great idea to order a classic Negroni here, which Endo-san will then encourage you to customise using one of the numerous local Japanese gins he keeps behind the bar. We like Masahiro Okinawa.

Diminutive, restrained and technically under the same roof as Umberto Bombana’s epic fine diner of the same name, the bar at Otto e Mezzo is easily one of Hong Kong’s must-visit destinations for a sublime Negroni. Bar manager Devender Kumar’s excellent ‘8½’ version brings a degree of culinary verve to the recipe: layering in fortified wine (made using Nebbiolo skins, a favourite of Chef Bombana’s) and grapefruit bitters on top of the usual component parts.

Despite the general atmosphere of intrigue, PDT Hong Kong (affiliated with the award-winning New York ‘speak of the same name) now happens to be one of the worst kept secrets in the entire Landmark development — for good reason. Since 2018, this compact den has become popular for its crafty cocktails and decadent snack food. Here, founder Jim Meehan opted to replace the ubiquitous Negroni with an original formulation known as the ‘Stop Light’. Served up and inspired by the visuals of US traffic lights, the Stop Light is an altogether drier and savoury way to enjoy a Negroni.

For imbibers who’ve yet to embrace the joys of an adult-sized Negroni — or those who simply wish to put away multiple sharpeners under the pretense of “just one round” — Mr. John Nugent (of Lily & Bloom fame) has the solution. Among a number of other mid-century stalwarts, The Diplomat serves its Negroni in ‘mini’. Here, satisfaction comes from attention to detail. Nugent pre-batches all of his mini Negronis prior to service, and pours them at blisteringly low temperatures into frozen stemware. Consistently cold, balanced, and served at a breakneck pace — not always a given in Hong Kong bars — these are a fantastic stopgap for the time it takes to make something full-size and complicated.

In light of the galling circumstances Hong Kong’s bar operators find themselves in, The Wise King’s decision to run a full seven-item ‘Negroni Week’ menu is thriply commendable. Til’ Saturday, founder Sandeep Kumar & co will be behind the proverbial stick, slinging a range of recipes from bars around the globe — including Dante (NYC), The Clumsies (Athens), and Above Board (Melbourne). The Wise King’s own entrant in this year’s festivities is the Mandarino: a recipe that Kumar launched (fittingly) at the height of the city’s third Coronavirus wave, now streamlined for quaffing at the bar.

Cheekily referred to as the “2nd best Negroni in Hong Kong”, Veda’s barrel-aged version is a timeless take on the classic aperitif, relying on quality small-batch spirits in order to justify its place on our list. Aged in-house at Ovolo Central’s signature bar & restaurant, the bones of this Negroni are gin made with aromatics from the Royal Botanic Gardens (London). Atop this, Veda’s bartenders layer the traditional profiles of Campari and Antica Formula — our vermouth of choice here at LSA — and then mellow everything out with some time in barrel. Available year round.

Drinks Negroni Week Negroni Food & Drink
Randy Lai
Editor
Having worked in the Australian digital media landscape for over 5 years, Randy has extensive experience in men's specialist categories such as classic clothing, watches and spirits. He is partial to mid-century chronographs and a nice chianti.
Style Watches Drinks Tailoring Travel