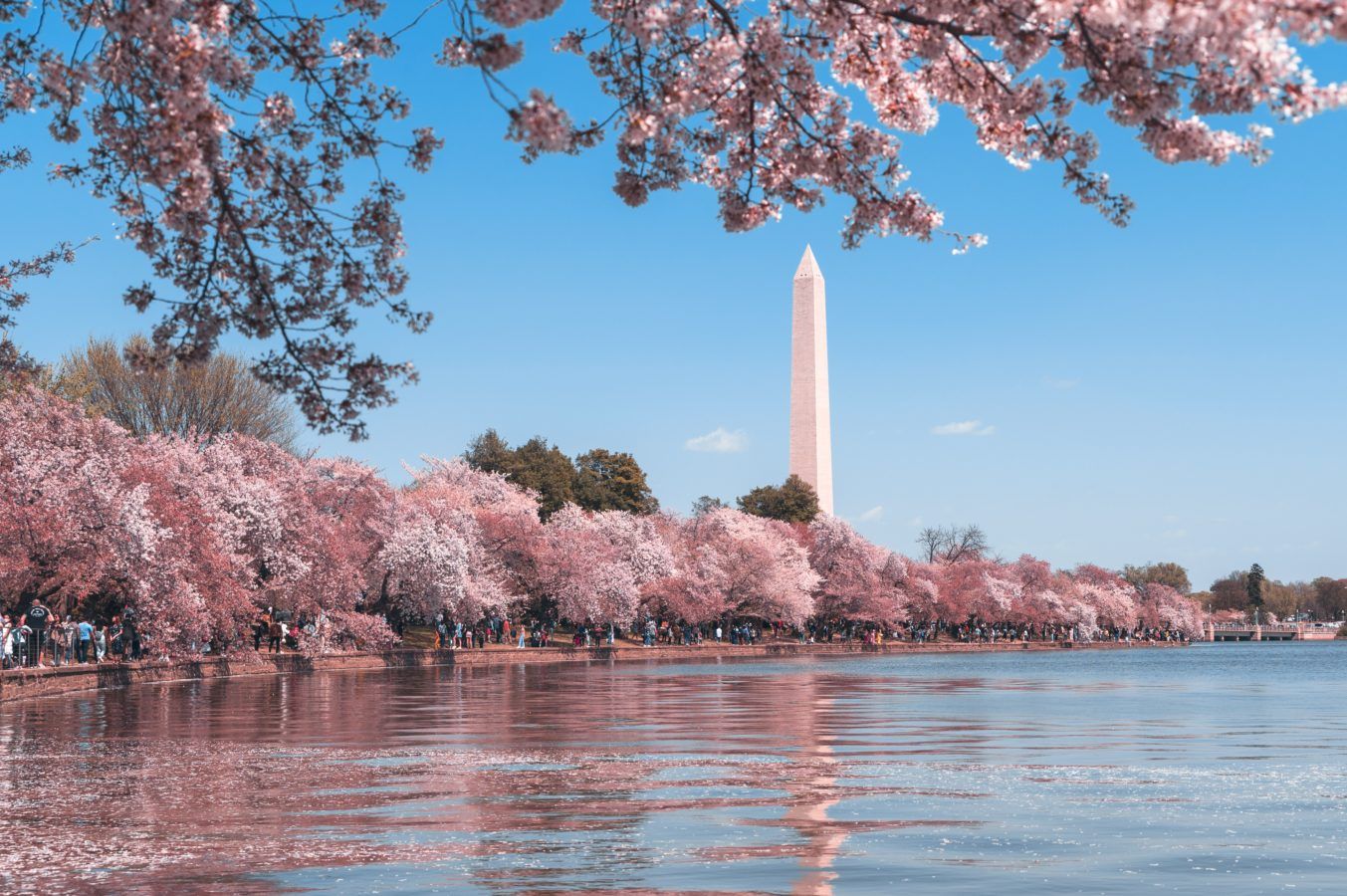 Ah, spring. Gone are the depressing wintry months and in comes the shower of gorgeous trees and its flowers blooming in the warmer weather. Except we live in a tropical, humid climate and the year-round bougainvilleas are just about as close as we can get to the transient cherry blossoms elsewhere.

We’d very much prefer to frolic around the parks of Japan amidst an endless sea of sakura, but unfortunately, Singapore has yet to establish a Vaccinated Travel Lane (VTL) with the country just yet.

Thankfully for us, there’s a ton of other places around the world that we can still visit to catch the fickle but highly Instagrammable pink blooms — we’re talking from nearer countries such as South Korea, to further destinations in Europe and America.

Here are the best places for cherry blossoms around the world this year besides Japan:

When travelling to England during the spring, you don’t have to look far if you’re seeking out some of the flushed petals in full bloom. If you’re in London, there are plenty of locales to spot the candy floss-hued arches: Greenwich Park, Kew Gardens, and Kensington Gardens are some of your best bets in the city to grab a couple of shots of the beautiful flowers for your next IG post.

With one of the biggest concentrations of cherry blossom trees in the world (around 360,000 trees), the sleepy town is one of theb best places for cherry blossoms in the country, and sees surge in tourism during the spring thanks to the pink blooms. The city usually hosts an annual cherry blossom festival, the Jinhae Geunhangjae Festival, but the widespread pandemic has, unfortunately, led to officials cancelling the event for its third consecutive year. Nonetheless, the city is still covered with thousands of the stunning petals, and makes for a nice scenic weekend getaway from Seoul.

Those planning a trip to the West Coast during the spring should make a detour to Washington, DC. Besides a ton of attractions in the capital city, the cherry blossoms in the area are in full bloom during this period as well. There are a handfull scattered along National Mall, but the best photo ops are found at none other than Tidal Basin.

Berlin, the capital city of Germany, excudes a sort of creative, edgy vibe that you won’t find elsewhere, but did you know the city is also home to thousands of cherry blossoms that come to full bloom in the spring? One of our favourite spots to bask in the sakura blossoms is Mauer Weg at Lichterfelde Süd. Here, you’ll be able to to stroll leisurely beneath two kilometres of rosy trees — sounds like a spring dream if you ask us.

Sweden’s cold weather and gloomy skies during the winter months are put aside every year during spring, and there’s no better way to usher in the season than with the stunning cherry blossom trees in full bloom. The most popular location to spot the sakura is at Kungsträdgården (King’s Garden), but if you’re looking for a location that’s a little less crowded, try Lumaparken (Luma Park), located at the southeast of the city centre in Hammarby Sjöstad.

Now, Lausanne isn’t the first city you’d think of if you’re heading to Switzerland, but for those who are visiting Geneva, you’d be glad to make a stop here. The second largest city on Lake Geneva, Lausanne is one of the best places for cherry blossoms in the world, and comes with wonderful views of the Alps and young, dynamic energy that’ll inject plenty of vigour to your vacation. Popular spots include the garden just behind the Musée de L’Elysée, which you’ll find to be a beautiful spot with pink, red, and white cherry blossom trees.

Paris is always a good idea, especially since it’s one of the best places in the world for cherry blossoms. If you happen to plan your trip around the sakura season, you’d want to take note of these floral, gram-worthy locales in the City of Love. Some popular spots are Jardin des Plantes and Square Jean XXII — which has a nice cluster of cotton candy trees — as well as Jardin du Palais Royal, which has a nice, quaint spot that’s also accompanied by magnolia flowers. Hidden places for more cherry blossoms include Square Marie Trintignant and Parc Clichy-Batignolles.

(Hero and featured image credit: Andy He on Unsplash)

Cherry Blossom cherry blossom viewing
Jocelyn Tan
Senior Writer
Jocelyn Tan is a travel and design writer who's probably indulging in serial killer podcasts or reading one too many books on East Asian history. When she actually gets to travel, you can find her attempting to stuff her entire wardrobe into her luggage. Yes, she's a chronic over-packer.
Travel Design
Sign up for our newsletters to have the latest stories delivered straight to your inbox every week.