Home > Travel > Destinations > Check out: Budapest, with the Hungarian ambassador to Singapore

Check out: Budapest, with the Hungarian ambassador to Singapore

When it comes to European capitals, major cities like Paris, Barcelona and Prague come to mind. Budapest, however, is a lesser-known gem. The vibrant Hungarian capital is quintessential of central Europe, boasting intriguing culture, beautiful architecture, and gastronomy inspired by a wide range of elements.

What many may not know is that Budapest is a result of an 1873 merger between two distinct cities, Buda on the western bank and Pest on the one opposite. Buda is a hilly, medieval town home to the royal palace. Pest, on the other hand, is a bustling commercial city with many emerging shops, restaurants and bars — a vibrant and lively part of the capital. Their distinctiveness, which continues to this day, is what makes the Pearl of the Danube so alluring.

We caught up with Hungarian Ambassador to Singapore, His Excellency Dr Istvan Szerdahelyi, recently at the Hungarian Embassy in Singapore. Ambassador Szerdahelyi was born in Western Hungary before moving to Budapest with his parents.

As someone who grew up in the Hungarian capital and calls it home, Ambassador Szerdahelyi knows the city like the palm of his hand. We ask him about his secret haunts, favourite Hungarian dishes, and what a visitor can do for 48 hours in Budapest.

Lifestyle Asia (LSA): What’s a fond memory you have of Budapest?

Ambassador Szerdahelyi (AS): One of my fondest memories of my childhood is going to the thermal-baths with my family. Budapest is home to more than 100 spas with a lot of beautiful baths. A few of them were built in the middle ages — and the rest in the 17th and 19th century. Of course, there are some located in very modern buildings as well, so that’s a lot of variety.

LSA: What would you recommend a visitor to do if they have 48 hours in the city?

AS: I would say 48 hours is definitely not enough. However, if you don’t have a choice, go sightseeing and marvel at the architecture of Budapest — which I think is one of the most beautiful ones in Europe. You can find the most breathtaking buildings on both sides of the Danube river. They’re very colourful.

LSA: How different is the architecture?

AS: Hungarian Art Nouveau architecture is prominent all around Budapest. Called Szecesszió, the style flourished in Budapest’s golden era when the city turned into a metropolis. There are a variety of buildings, especially those from the 18th and 19th century. One of the most illustrious architects of the 19th century is Ödön Lechner, who is the main figure of Hungarian Art Nouveau — and has been dubbed as the Hungarian Gaudi. The pioneer was initially influenced by both Indian and Syrian designs.

LSA: What are some examples of Hungarian Art Nouveau?

AS: The Gresham Palace, located at the foot of the Chain Bridge on the Pest side of the Danube, is one of Budapest’s finest examples of art nouveau. The majestic building was once the headquarters of the Gresham Life Assurance Company — built by Hungarian architects Zsigmond Quittner and Jozsef Vago and completed in 1906. Now home to the Four Seasons Hotel Gresham Palace, the building is bedecked with eclectic mosaics, stained glass and ironwork.

The Museum Of Applied Arts, the third-oldest applied arts museum in the world, is housed in a stunning Ödön Lechner–designed building from 1896 decorated with Zsolnay ceramic tiles. The museum is home to two permanent collections; one with Hungarian and European furniture from the 18th and 19th centuries, the other consists of Islamic art and artefacts from the 9th to 19th centuries.

LSA: How would you describe the gastronomy of Budapest?

AS: The gastronomy of Hungary is so unique, combining influences from Middle-East and Turkey with the Eastern and Western side of Europe. The result? A very complex and sophisticated variety of taste and flavours.

LSA: What are some of your favourite dishes?

AS: Hungarian cuisine uses paprika powder in almost everything. Hungary boasts all kinds of paprikas, from spicy to sweet, that we use for dishes such as stew and soup. The very famous Hungarian soup is called goulash soup, a hearty dish made up of meat, pork, beef, mutton or chicken — topped with a lot of vegetables.

We also have the Hortobágyi palacsinta, a savoury Hungarian pancake, filled with meat (usually veal). The minced meat is prepared as a stew and fried with onions and spices like the pörkölt or the paprikás dish. The pancakes are then baked in the oven with a paprika and tejföl (sour cream) sauce.

LSA: Which restaurants would you go to?

AS: There are a number of very famous high-end restaurants serving fine cuisine, with some of them boasting Michelin stars. Costes Restaurant was the first Hungarian restaurant to be awarded the prestigious accolade. The restaurant serves top international cuisine with delectable Hungarian touches, where patrons can choose from one of the several tasting menus ranging from four to seven courses. Additionally, there is also the option of adding local wine pairings.

Some of the dishes that are popular in the restaurant include appetisers such as foie gras marinated in Tokaji aszú, hand-rolled pumpkin agnolotti with sage and Parmesan, and roasted guinea fowl with Jerusalem artichokes, poached grapes, and oats.

Another restaurant awarded a Michelin star is Onyx, located right in the heart of the city. The dishes served here maintains the classical Hungarian flavours with some interesting modern twists.

If you prefer a more authentic Hungarian experience, what I’d recommend is the street food. Of course, every visitor to Budapest has to visit the famed Great Market Hall. However, Budapest is also home to more underrated food markets.

The Hold Street Market Place is located in one of the most beautiful historical buildings in the 5th district, just a 10-minute walk from the Parliament building. The hidden gem is home to small and authentic, yet very good restaurants.

Go to the top floor of the market, where a lot of the local’s best-kept-secrets are found. Buja Disznók by Bíró Lajos, focuses on fried pork, pig’s ears and szalontüdő, made using the pork’s heart and lungs. Vörös Homár, on the other hand, specialises in seafood and fish dishes.

LSA: Tell us about the bar culture in the Hungarian capital.

AS: Budapest is THE party centre of Europe. The 7th district, for example, is filled with thousands of bars that are frequented by visitors from all over Europe such as Germany, United Kingdom and Italy. These bars are located in very old buildings and are very uniquely designed. They are called ‘Ruin Bars.’

One you have to check out is Szimpla Kert, Budapest’s first Ruin Bar. Opened in 2002, it moved around before settling into its home in the Jewish Quarter of the capital’s seventh district in 2004. It boasts a large open courtyard and a top floor filled with eclectic mismatched furniture, art pieces, and great music. The bar also hosts cultural events like movie projections and live music concerts on weekdays, as well as a farmers’ market on Sunday mornings.

LSA: How would you recommend visitors to experience the culture in Budapest?

AS: Budapest’s culture encompasses music, gastronomy and architecture that are combined flawlessly. I feel that accurately depicts the capital’s culture. Here, you can find various concerts ranging from pop music to classical and folk music.

Hungarians are very proud of their world-renowned musicians and composers such as Franz Liszt and Bela Bartok. So I’d recommend going to a classical music concert and enjoy these famous Hungarian composers. Additionally, Budapest is known for its music festivals.

LSA: What are the most popular festivals?

AS: We have the Budapest Spring Festival (called Budapesti Tavaszi Fesztivál), a cultural affair which sees Hungarian artists and numerous international stars perform during a three-and-a-half week event yearly. 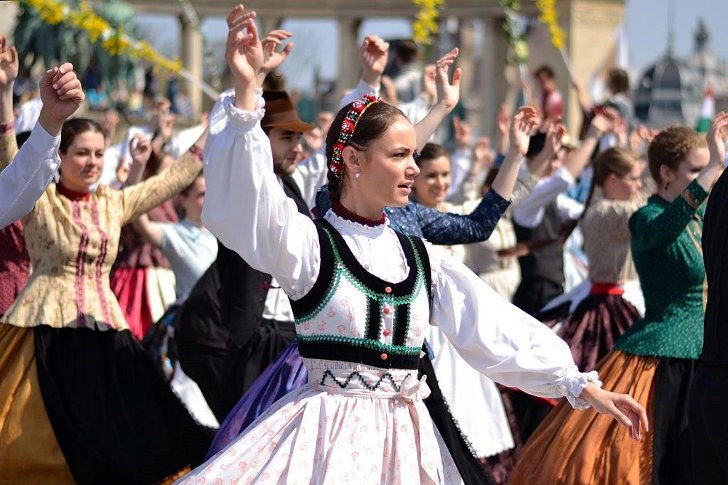 And then there’s the Sziget Festival which takes place every August. The one-week festival is the biggest young rock festival in Europe, attracting hundreds of thousands of youngsters from all over Europe. This year’s line-up saw the likes of Alt-J, Rudimental, Clean Bandit and The Vaccines.

LSA: In terms of luxury experiences, what does Budapest have to offer?

AS: Budapest is big on wellness tourism right now. The spa culture is definitely one of the more luxurious experiences for visitors. In Hungary, this has become a very popular attraction for foreign visitors, including Asian countries such as Japan or Singapore. More sophisticated travellers would go to luxury hotels with spas, where they can enjoy Hungary’s music and culture at the same time.

LSA: Which are your favourite hotels in the city?

AS: The Danubius Hotel Gellért is a beautiful historical Art Nouveau hotel with one of the best thermal baths in the city called the Gellert Bath and Spa. The pool is set in an art deco hall and you’ll even have the option to indulge in a massage at one of the twenty massage booths. This is perfect for travellers looking for an ultra-luxurious stay.

Another one I like is an award-winning boutique hotel in the city centre called The Hotel Aria. While it boasts a lot of history, it is also very nicely renovated and well-located in the city centre — right next to one of the biggest churches in Budapest.

LSA: Where would you go on a day trip from Budapest?

AS: Hungary is home to the biggest natural spa lake called Lake Heviz. It has such beautiful surroundings and you can choose to stay in the area as there are many hotels around the lake.

Another destination I’d recommend is the Great Hungarian Plain (known as the Alföld in Hungarian) in the Eastern part of Hungary, Europe’s answer to the American West. Here, there are no mountains or hills, just very special flora and fauna. There are horse riding shows and unique species such as the traditional Hungarian grey cow and mangalica pork.

8 best frequent flyer programs to save on airplane tickets, hotels, and more

London crowned Best City In The World for 2023, Singapore comes in 9th

How to spend the best 48 hours in Johor Bahru