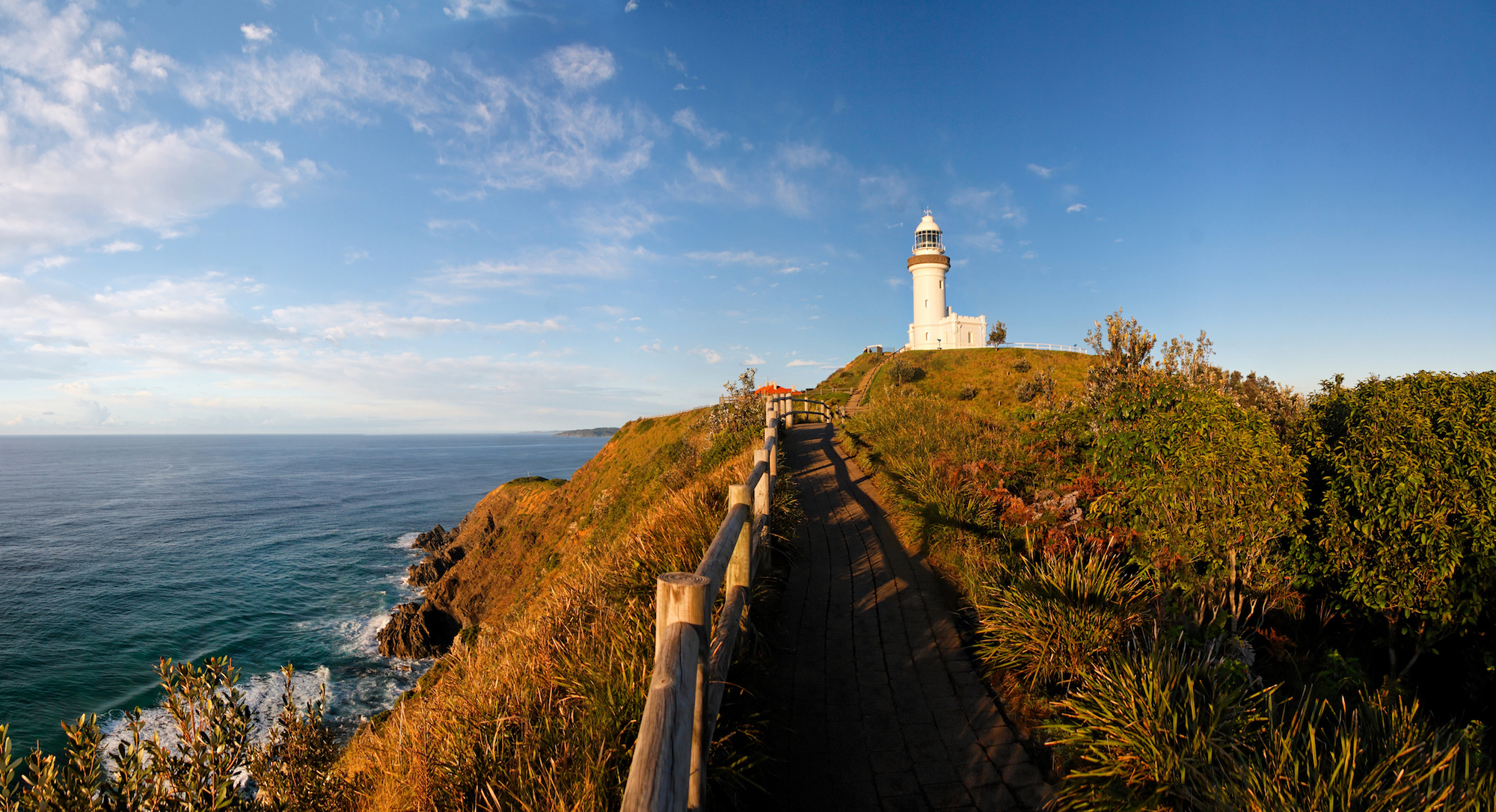 There’s no town in Australia quite as free-spirited as Byron Bay, a beachside gem in coastal New South Wales. For tens of thousands of years, it was known to the indigenous Arakwal people as the Cavvanbah, or ‘meeting place’. Now, this small coastal town is a hippy paradise home to a welcoming alternative community of like-minded souls.

“Welcome to Byron Bay. Cheer up, slow down, chill out,” greets anyone driving into the seaside town — and that sums up the vibe of the destination.

Make no mistake, Byron Bay is not Sydney, and not quite Gold Coast; although it is sandwiched between the two. The town has the magic combination of natural beauty and a creative, alternative local scene. Over recent years, this destination has been getting more popular amongst locals and foreign visitors alike for its barefoot luxury, upscale restaurants and bars, independent boutiques, and breathtaking, unspoiled landscapes.

The Farm, set up by the team behind Sydney’s famous Three Blue Ducks, is an 80-acre working biological farm with a restaurant menu that matches the freshness of its surrounds. The Farm inspires customers to eat consciously and make changes towards a healthier lifestyle by seeing how food is ethically grown and produced.

Stop by for lunch at Three Blue Ducks, the flagship restaurant and produce store that creates dishes bursting with flavours from local produce, which is either grown onsite or sourced from regional producers. Additionally, visitors can also purchase picnic baskets from the Three Blue Ducks to enjoy laying on the grass in one of The Farm’s many picnic spots.

After which, head to the undercover outdoor patio which offers views of Byron’s hinterland, Mount Warning, and the Cape Byron Lighthouse. The bar offers 56 taps of all Australian craft beers, wines and ciders, as well as a selection of unique, creative cocktails.

Another popular restaurant is Beach Byron Bay, which offers a dining menu focusing on local ingredients and coastal flavours, such as grilled king prawns with lemon and chilli salsa, Byron Bay mozzarella ravioli with raw tomatoes and curry leaves, and Moreton Bay bugs, mussels, clams and Sardinian fregola. It also boasts an impressive drinks menu, which has been awarded the 2017 Australian Wine List of the Year.

The restaurant, which offers breathtaking vistas overlooking Julian Rocks, Clarkes Beach and The Pass, also doubles up as a popular wedding venue.

One shouldn’t go to Byron Bay without having a drink at the town’s most iconic pub, which fronts the Pacific Ocean at Byron Bay’s main beach. The Beach Hotel is renowned for its friendly laid-back attitude, diverse crowd, beer garden, and nightly entertainment. Whether you’re enjoying a cold beer with friends at the bar, a red wine and steak in the beer garden, or a sundowner, The Beach Hotel is where you want to go to experience the quintessential Byron Bay lifestyle.

Set amid a 45-acre subtropical lush rainforest near Tallow Beach, Byron at Byron is an upscale resort positioned only minutes away from the iconic melting pot of Byron town. Accommodation here comes in the form of beautifully-styled and self-contained suites, providing the perfect balance between luxury and authenticity. Indulge in a treatment at an award-winning spa, have a meal at its in-house restaurant, or take a dip at its glittering pool shielded by trees and greenery.

Once a converted motel, The Bower has turned into a chic, design-led beach hotel. The newly renovated boutique property is nestled on an acre block and features 14 newly refurbished private rooms, all decked out in a cool palette and textured timber floors, bespoke furnishings and luxurious bed linen — of course, surrounded by verdant natural landscape and tropical gardens.

Last but not least is Elements of Byron Bay, the town’s award-winning beachfront resort located directly on the beautiful Belongil Beach. This is Byron Bay’s only beachfront resort, which features 193 private villas dotted throughout the resorts 50 acres overlooking ocean, forest, lake or pond. Owner Peggy Flannery dreamt up the design herself, furnishing the light-drenched bungalows in understated neutral tones, timber strips and pops of colour inspired the surrounding nature.

Drop by the heartbeat of the popular Australian beers, the Stone & Wood Brewery for a first-hand tour to see how the popular ale is handcrafted in the Northern Rivers of New South Wales. Visitors can also try their beers in the tasting room, where some of its limited releases and untried, experimental Pilot Batch brews are produced.

Then, embark on a guided tour through the subtropical rainforest where visitors will be able to see, smell and touch the botanicals that are used in the gin. The two-hour tours are only available by appointment, so be sure to book before you head there.

After visiting the distillery, head to the famed Cape Byron and enjoy spectacular coastal views along the 3.7-kilometre loop walk that leads you through the rainforest, beach, grassland, and across clifftops to the iconic Cape Byron Lighthouse. The lighthouse, which is as famous as Byron town itself, was built at the turn of the 19th century to protect ships passing along the coast and sits on Australia’s most easterly point.

Here, you’ll be rewarded with stunning, panoramic views of the ocean and hinterland on the entire coast. Remember to keep an eye out on the water for voyaging turtles, dolphins, stingrays, and whales.

Three Sisters walking trail in Broken Head Nature Reserve, is a local favourite, especially during winter and spring. The nature reserve is co-managed by NPWS and the Arakwal People, acknowledging the cultural significance of this land to aboriginal People. Previously known as Cocked Hat Rocks, Three Sisters is an important cultural site that represents the story of a young aboriginal woman and her two sisters who were said to have drowned while swimming in the area and transformed into stone.

Wander through the lush rainforest and you will emerge on the coast with a breathtaking scenery of secluded beaches and rocky coves, which makes for the perfect vantage point.

The ideal time to head to Byron Bay would be spring (from September to November), which boasts dry and pleasant weather, and warmer sea temperatures.

Fly to Brisbane Airport from Singapore via Singapore Airlines, Emirates or Qantas. After which, book a taxi or rent a car to drive two hours South to Byron Bay.

Travel Travel Guide Australia Guide New South Wales byron bay
Dewi Nurjuwita
Senior Writer
Dewi Nurjuwita is a travel and design writer who can be found exploring the streets of foreign cities with passport in one hand and a cup of coffee in the other.
Travel Architecture Interior Design