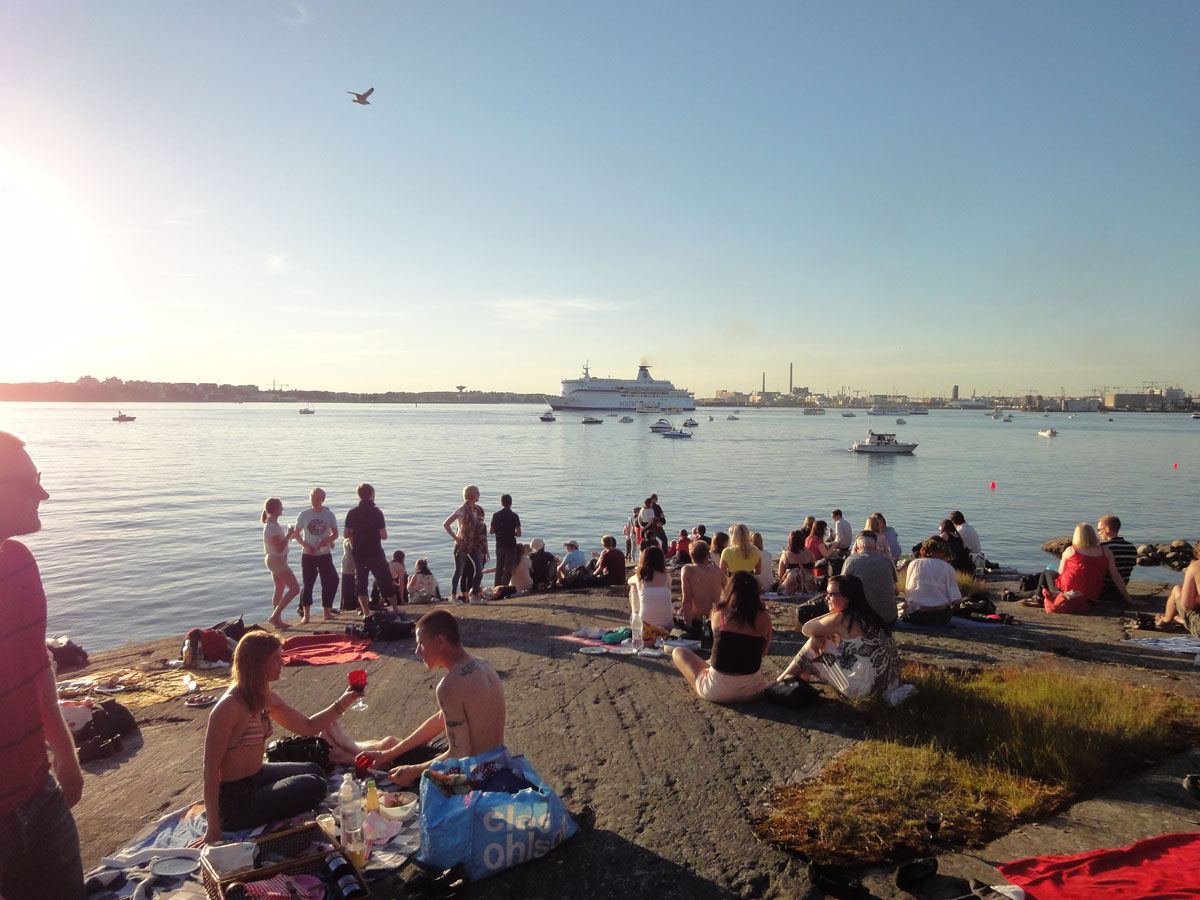 Check out: Helsinki, by Finland’s ambassador to Singapore

Travel
Check out: Helsinki, by Finland’s ambassador to Singapore
Share this article
Next article

Helsinki, Finland’s southern capital, is buzzing with life and vibrant culture. It has been described as the perfect blend of old fashioned and new age — with electrifying design, captivating music and a thriving foodie scene. From long white nights to warm summer days, the city’s beauty is present in all seasons.

We caught up with Her Excellency Paula Parviainen, Finland’s 7th Ambassador to Singapore, in her beautiful apartment in the heart of Robertson Quay. The sweet and humble ambassador was born in Helsinki and gave birth to one of her two children there, with the other born in South Africa. Even though the globetrotter has lived in Paris, New York and South Africa, she is still very much Finnish at heart.

Parviainen’s favourite season is summer, when Helsinki is buzzing with outdoor cafés, families going on picnics, and a thriving art scene. In our insider’s guide to Helsinki, she shares her favourite places to go whenever she’s in the Finnish city.

Lifestyle Asia (LSA): What do you personally like about Helsinki?

Paula Parviainen (PP): I love Helsinki’s closeness to the sea. I love the nature, sea and culture. Even if you are in the city centre, you can always have a nice walk by the seaside. There is also always something to do in Helsinki. During our “indoor months”, from late October to early December, we have great orchestras, clubs, art exhibitions and theatres in the city so you’re never short of things to do — even when the city is covered with snow. Helsinki has a different beauty to it in different seasons, and works well in all weather.

LSA: Which restaurants do you frequent in Helsinki?

PP: Every time I go back to Finland, I try a new restaurant. There are so many opening up all the time! I like Finnjävel, a restaurant by a pair of Michelin-starred Finnish chefs – Henri Alén and Tommi Tuominen. Its name comes from a Swedish word which means “Bloody Finn”. They’ve reinvented Finnish cuisine, transforming many familiar or forgotten Finnish dishes into fine dining — taking the ingredients and typicalities of Finnish cuisine and turning it over. It looks different, it tastes different, but it’s still the same.

Helsinki is also filled with lovely back alley restaurants. There is Juuri, which is a Finnish word for root. They serve Finnish tapas, called “sapas”, made of local produce — which tastes excellent. Other restaurants are Ristorante Osteria Chiara, Hello Darling, and Nokka.

LSA: Whenever you’re in Helsinki, which are your favourite places to go for a drink?

PP: I like this traditional bar called Ateljee bar. It’s perched on the 14th floor of the Sokos Hotel Torni, which is considered high-rise in Finland. You can see all of Helsinki from it.

There are also newer, small bars like Bronda and A21 Cocktail Lounge. These bars develop their own drinks. The drinking culture has changed in Helsinki over the past few years. People are not only drinking beer or liquors like vodka. There are a lot of drinks concocted out of our natural ingredients, which has resulted in all kinds of inventive drinks.

LSA: How is the nightlife in Helsinki?

PP: There are a lot of clubs in Helsinki, like Apollo Live Club and Tavastia – which is a classic for rock and pop. There are so many that you have to read about it beforehand and decide which ones you want to go to, before going to Finland.

Finland’s music scene is also booming. We have all kinds of music, from classical and orchestra to punk and heavy rock bands. I’m all for the pop music.

There are many female Finnish singers gaining recognition in Finland now. They write their own lyrics and are really good. One of the finalists in the British X Factor, singer-songwriter Saara Aalto, is Finnish. She’s just one of the amazing talents who originated from Finland. Saara was very popular when I was in China, as she also performs in Chinese.

LSA: If you only had one weekend in Helsinki, what would you do?

PP: I’d explore Helsinki’s art scene. There are so many museums around. Ateneum is brilliant for classical art, while the Design Museum of Helsinki exhibits industrial, fashion and graphic design. It has showcased works by Finnish artists in the past – such as Eero Aarnio, who is famous for his sculptural Double Bubble lamp.

For modern art, I like Kiasma. The Helsinki Art Museum is also currently exhibiting two temporary installations by Japanese contemporary artist Yayoi Kusama, which were both inaugurated on Helsinki Day (12th June 2016). The exhibition will be brought to the National Gallery of Singapore as well.

PP: Finns take a lot of inspiration from nature, as we are surrounded by it. In some ways, our art can be a little melancholic because of the long winters. It takes a toll on people’s moods.

Our artists in the 19th century went a lot to Paris for better light, as winters in Finland can be really dark. Contemporary artists have learnt to embrace it, translating the melancholy into their art.

LSA: Helsinki’s known for its local markets. Which is your favourite?

PP: The Old Market Hall (Vahna Kauppahalli), which has been around since 1889, is an original Finnish marketplace. It has become a tourist attraction, but you should visit it if you happen to be around.

For something more local, I like Hakaniemi. They have such beautiful things, especially in the covered parts. There is also a very new concept called Allas, which means pool. They have three pools and a sauna right in the marketplace. One of them is heated and you can go there all year round.

PP: The sauna culture is something you’d want to try in Finland because we’ve brought in a new culture of city saunas. Saunas used to be a family activity, but these saunas have been reinvented in the middle of the city. There’s a new one called Löyly, which means “steam.” It’s a restaurant and sauna at the same time, so you can go to the sauna and then have your meal.

LSA: What are the more underrated sights in Helsinki?

PP: Whenever someone I know flies to Helsinki, I would recommend them to venture out, after experiencing all that Helsinki has to offer. Finland is often romantically called the ‘Land of a Thousand Lakes’. We have more than 180,000 lakes in Finland. The lake district, in the centre of Finland, is beautiful during summertime. There are these small cities surrounded by lakes, which treat you to picture-perfect views.

There’s a National Park called Nuuksio, just 30 minutes by car away from Helsinki city. Whenever I go there, I pick berries and mushrooms, go skiing in the winters, and soak in a sauna. It’s quite amazing when you live in a big city like this, to have wild woods and lakes right at your doorstep. It’s refreshing to spend time in nature.