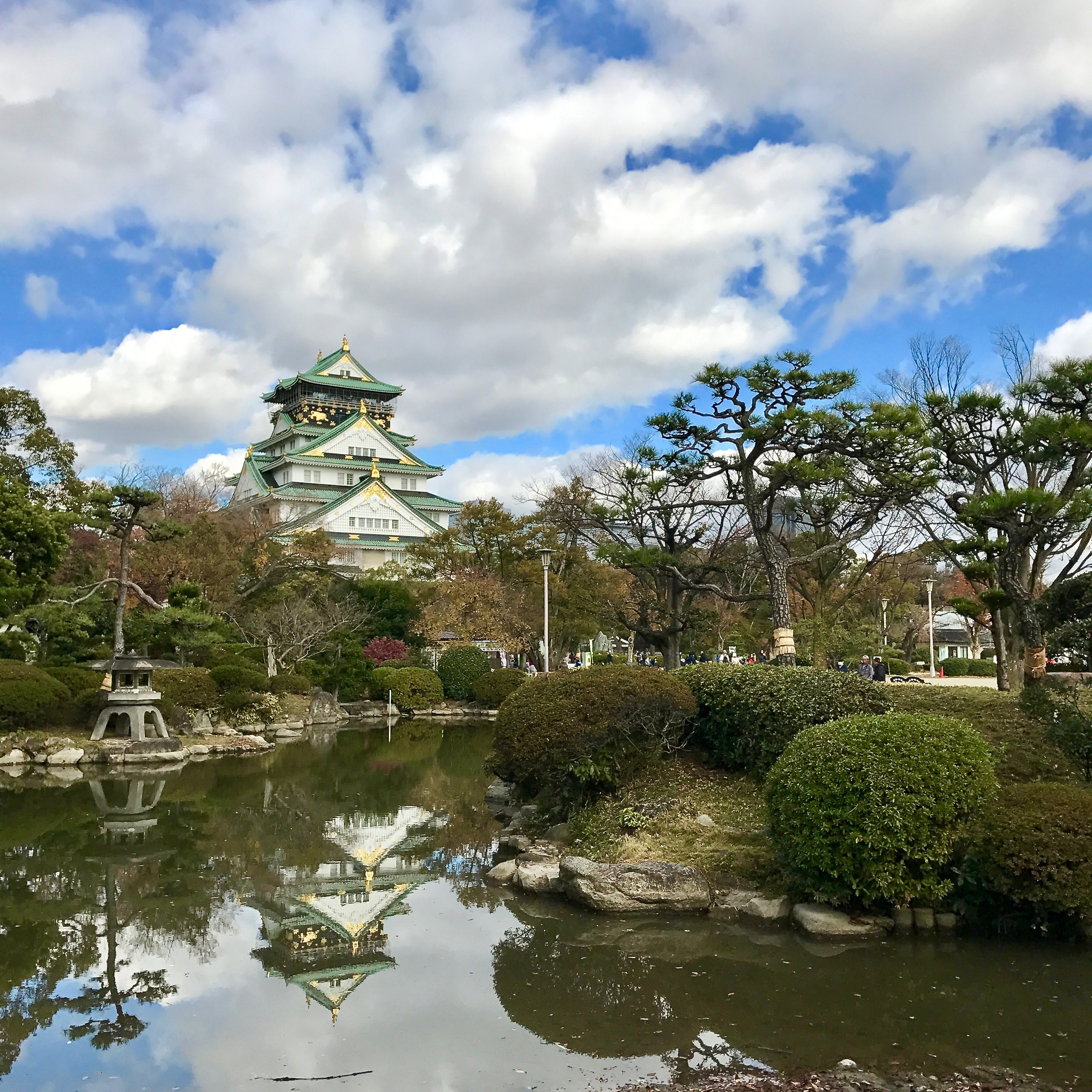 Check out: 48 hours in Osaka with InterContinental Osaka

Travel
Check out: 48 hours in Osaka with InterContinental Osaka
Share this article
Next article

The thing that gets us about Japan is how thoughtful the people are. Need something? They’ll Google translate the whole conversation just so everyone is understood. Lost? It’s not uncommon for the locals to walk you there, or at least part of it. It’s the graciousness, kindness and elegance of the population that makes Japan addictive – you never really feel out of place as a visitor. And so, when our suited, white-gloved driver packed us off in a black Lexus from the airport to the InterContinental Osaka (it’s a premium service especially for Club guests to book), there was nary an anxious moment when we felt something could go wrong.

Well-placed with generously-sized rooms, the Intercontinental Osaka is a luxurious, convenient starting point for anyone new to Osaka. Just a half hours’ drive from Osaka International Airport, the hotel is part of the Grand Front Osaka, residing in the North Tower, and starts mostly from the 20th floor onwards. When you’re used to how shoebox tiny some hotel rooms can get in places like Tokyo and Paris, it was welcome relief to see a good 50sqm available to litter your things about. Most of the rooms are that size on average, with Superior rooms being slightly smaller at 41 sqm.

Location is vital here, because the hotel is extremely close (5 minutes walk) to numerous train stations and shopping districts. If you’re on the Shinkansen, the hotel is a 10-minute drive, or a stone’s throw away from the JR Osaka station.

It’s difficult to fault the room we were in, as most facilities within it were intuitive. You know, like adaptable plugs above the bedside table so you can get your dose of YouTube videos and Facebook on your phone while it charges, before you fall asleep; and light switches that don’t require a PhD to work. Interior decor was rather easy on the eye, none of that old-world ostentatiousness that you can’t quite decide is tacky or significant. Our club room had a decidedly zen feel, coupled with contemporary touches like a glass-walled bathroom (tub and shower), Bose TV and Bluetooth speakers, as well as a Nespresso machine.

Breakfast can be had at Noka Roast & Grill, but we decided to take ours at the club lounge instead. There’s also the one Michelin star Pierre, which serves Japanese/French cuisine (more below), and Adee bar for nightcaps.

A table at Ajikitcho Bunbu-an will set you back ¥20,000 for the omakase dinner menu, but a 5-course lunch begins from ¥3,000 if you’re on a budget. This kaiseki restaurant is located in a basement close to the St Regis, which had all its private rooms taken up by raucous salarymen and outside tables by couples catching up on their day.

Service is impeccable, and an English menu printed on a piece of paper was presented by a young waitress in a kimono. We’re not sure if it’s because the hotel made the reservation for us and warned them to expect a tourist. (It helped immensely.) But they’ve held their star since 2012. The appetiser was a snow crab, its sweet delicate flesh ready to be carefully picked apart and savoured. then followed a generous portion of cod milt in a soup, before a sashimi trio of squid, flounder and tuna was served. A total of nine courses were served, which was far more food than we’ll ever get used to.

Ajikitcho Bunbuan isn’t located far from the hotel, but we all have days when a stone’s throw is all we’re willing to manage. Intercontinental Osaka’s own one Michelin star Pierre, is an extremely comfortable Japanese/French restaurant for you to wander into. Its head chef Susumu Okubo has fused Japanese ingredients with French techniques to great effect. 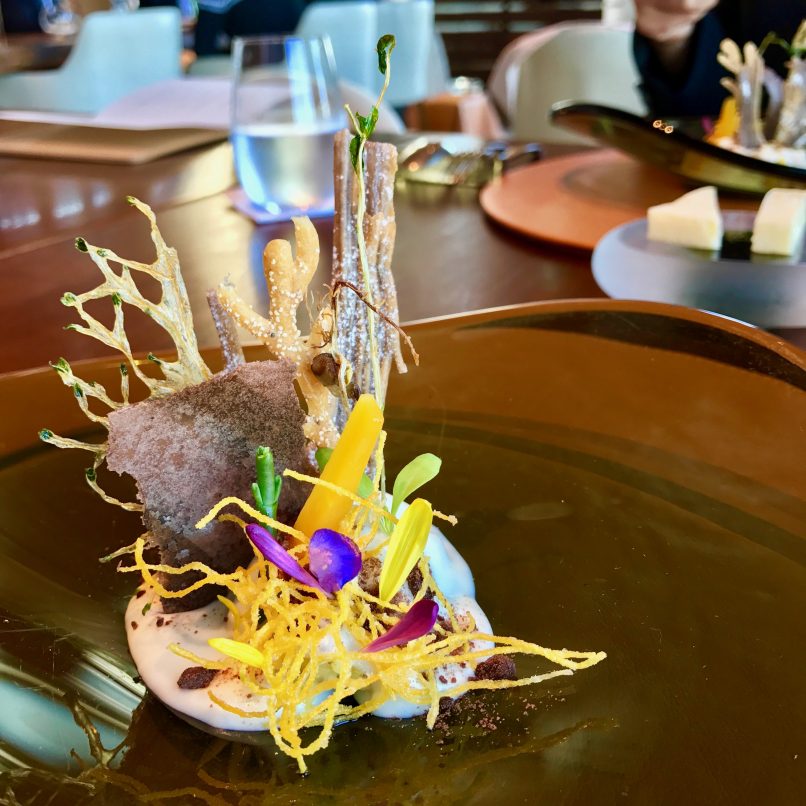 We particularly liked the olive beef, also called Sanuki wagyu, which is meat from cows fed on the remains of pressed olives. These cows are exclusive to an island off Kagawa, and is known to be less oily and have a far more refined flavour. They also have an excellent and extensive wine list, which makes complementing the 5-course luncheon we had, a breeze.

A great starting point to explore the rest of Osaka City is Dotonbori, a vibrant area that holds many landmarks and various restaurants and street food vendors. It’s also a mecca for shopping, so you’ll find it easy to work off the calories while you hoard face masks and buy novelty gadgets.

Like most Japanese cities, Osaka has a strong drinking culture and a few stellar bars you can hunker down and enjoy. Bar Agreable is a stalwart on the scene for scotch drinkers. Dark and cosy, it is a place to imbibe seriously and get a real education on the wide and varied whiskies that have been handpicked from the 1960s onwards. Bar bites are served with an Asian twist, but you won’t expect anything less, would you? Should things get too somber, Bar Nayuta is a livelier option with great atmosphere and a great repertoire of classic cocktails like the Manhattan and Crusta. Located just a 10 minute taxi ride from Intercontinental Osaka, you don’t have to worry about turning your night up a notch. For those with thirsty bellies and shallow wallets, start starting your night at CinqueCento, where drinks cost you only 500 yen.

However, for an injection of culture into your day, step back in time and head to Daimon brewery for a sensory experience into sake making. 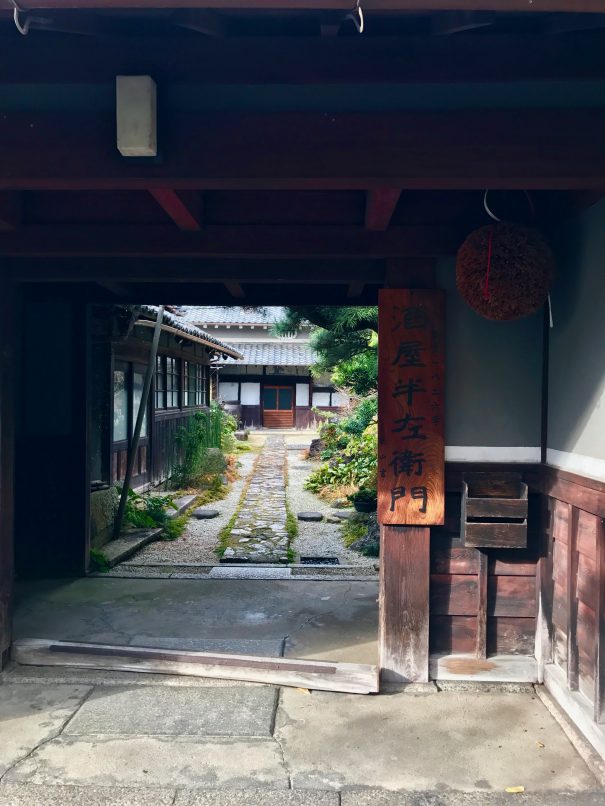 Helmed by the same family for six generations (since 1826), its current owner, the charismatic and rather regal Yasutaka Daimon, walked us through the entire process, from polishing to fermenting, before sitting us down for a meal paired with various releases from the brewery. It can be a challenge to find, considering that our local driver even had some trouble locating the brewery, but when you do, try the Daimon35, an award-winning sake that’s made from water drawn from the nearby Mukune village.