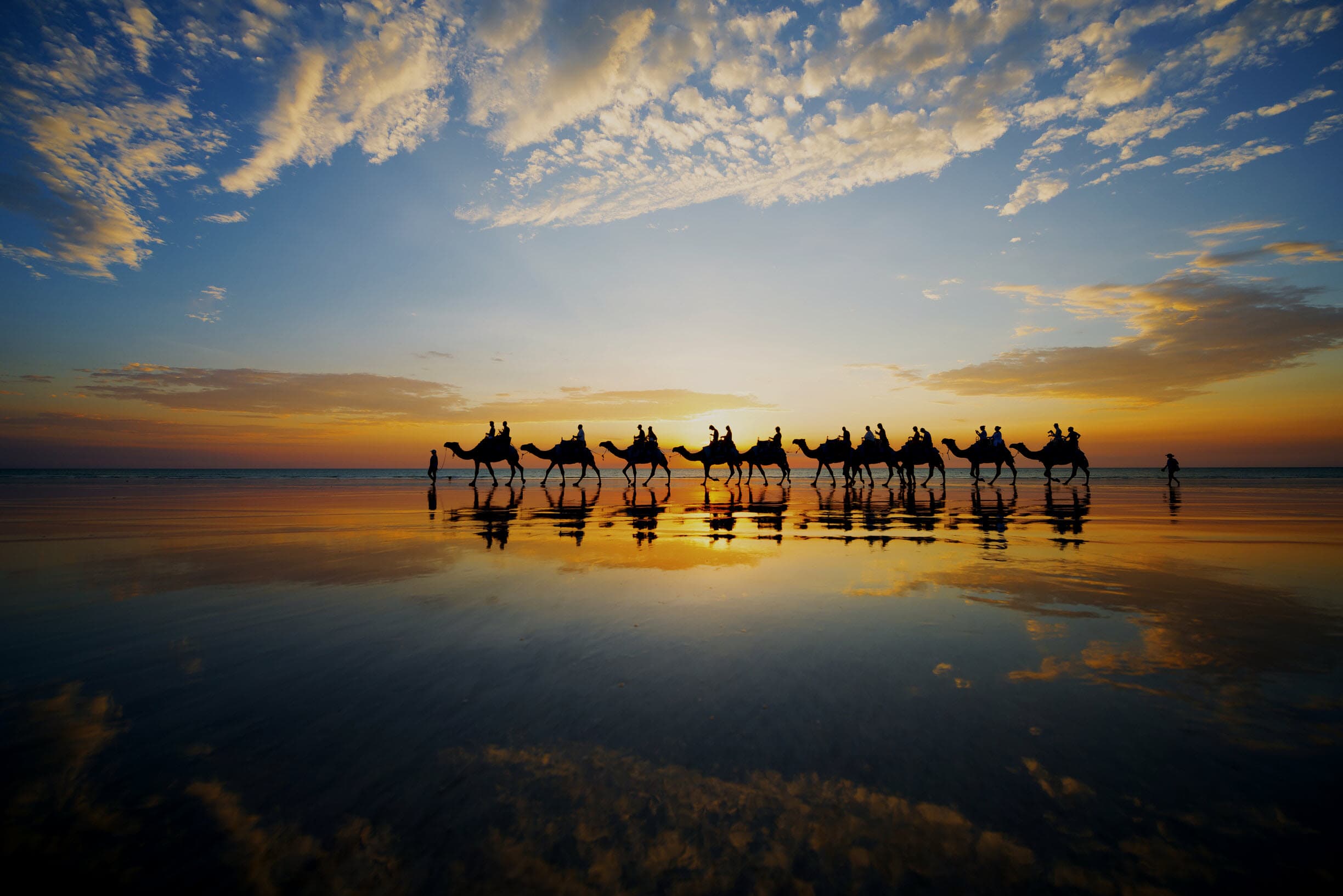 By now, we’re all too familiar with Perth, the charming capital of Western Australia. After all, the city is just a five-hour flight from Singapore — and offers everything from unique cafes to lush vineyards and Australia’s most breathtaking beaches.

The next time you’re in the capital, venture up north to the Kimberley Region, just 1,681 km north of Perth. You’ll chance upon a hidden gem. Broome, an exotic pearling town surrounded by a spectacular landscape of white sand beaches, red ochre cliffs, and aquamarine waters of the Indian Ocean and creeks, is a name that’s constantly emerging on travellers’ radar.

More than just the gateway to the wild Kimberley region, Broome is a multicultural pot that is a result of a rich and colourful history, reflected in the town’s welcoming and laid-back feel.

Time your trip to Broome and the Kimberley region right so you get to enjoy everything it has to offer. The best time to go is the dry season from April to October, which boasts perfect weather. Think: warm days, balmy nights, and clear blue skies.

What to do in Broome

One of Broome’s quintessential experiences is a camel ride as the sun sets on Cable Beach, the region’s famed 22-kilometre of soft white sand. Known locally as “north of the rocks”, it is also popular amongst four-wheel-drivers, dog walkers, and even nudists. Here, the water is warm and flat, with waves that lap gently against the shore.

More than just a breathtaking landmark, Cable Beach boasts historical significance. Its name goes back to 1889, when a long undersea telegraph cable connected northwest Australia to Indonesia, opening up communication to the world.

If you visit takes place anytime from March to October, don’t miss Staircase to the Moon, a phenomenon which occurs when a full moon rises over the exposed tidal flats of Roebuck Bay. The magical phenomenon happens two to three days a month, and you can experience it from one of the food and market stalls that are set up at Town Beach for two nights each month.

One thing you can’t miss is the dinosaur footprints at the most southern end of Cable Beach at Gantheaume Point, claimed to be one of the world’s best paleontological sites. The footprints are estimated to be up to 130 million years old, and can be seen clearly during low tide. What more, the Gantheaume Point Lighthouse is also a great spot to observe dolphins and migrating whales.

In fact, Broome is home to the rare snubfin dolphins. To see these lovable creatures for yourself, sign up for an eco tour from companies such as Broome Whale Watching and Absolute Ocean Charters.

Broome has established itself as one of Australia’s most luxurious destinations — especially with the prevalence of its upscale resorts and hotels. The Cable Beach Club Resort & Spa, set 4.1km from the famed beach (and a minute away from the Broome Camel Safaris), is a name that probably comes to mind first. The resort boasts two expansive pools, in-house restaurants, leisure facilities, and the Chahoya Spa by L’Occitane, making it the perfect retreat while you’re in Broome.

Otherwise, check out Kimberley Sands Resort, Broome’s adults-only escape. The resort is located in a peaceful bush setting just minutes away from the turquoise blue waters and white sands of iconic Cable Beach. Choose to bask in the sun with a poolside cocktail, make use of the facilities, unwind at the day spa, or dine at its award-winning restaurant, La Perle.

While Broome is traditionally a four-hour flight from Singapore, there are currently no direct flights there. To get to Broome fly on Singapore Airlines to Perth Airport. The connecting flight from Perth Airport to Broome International Airport will then take 2.5 hours.

Travel Guide Australia check out broome kimberley region
Dewi Nurjuwita
Senior Writer
Dewi Nurjuwita is a travel and design writer who can be found exploring the streets of foreign cities with passport in one hand and a cup of coffee in the other.
Travel Architecture Interior Design