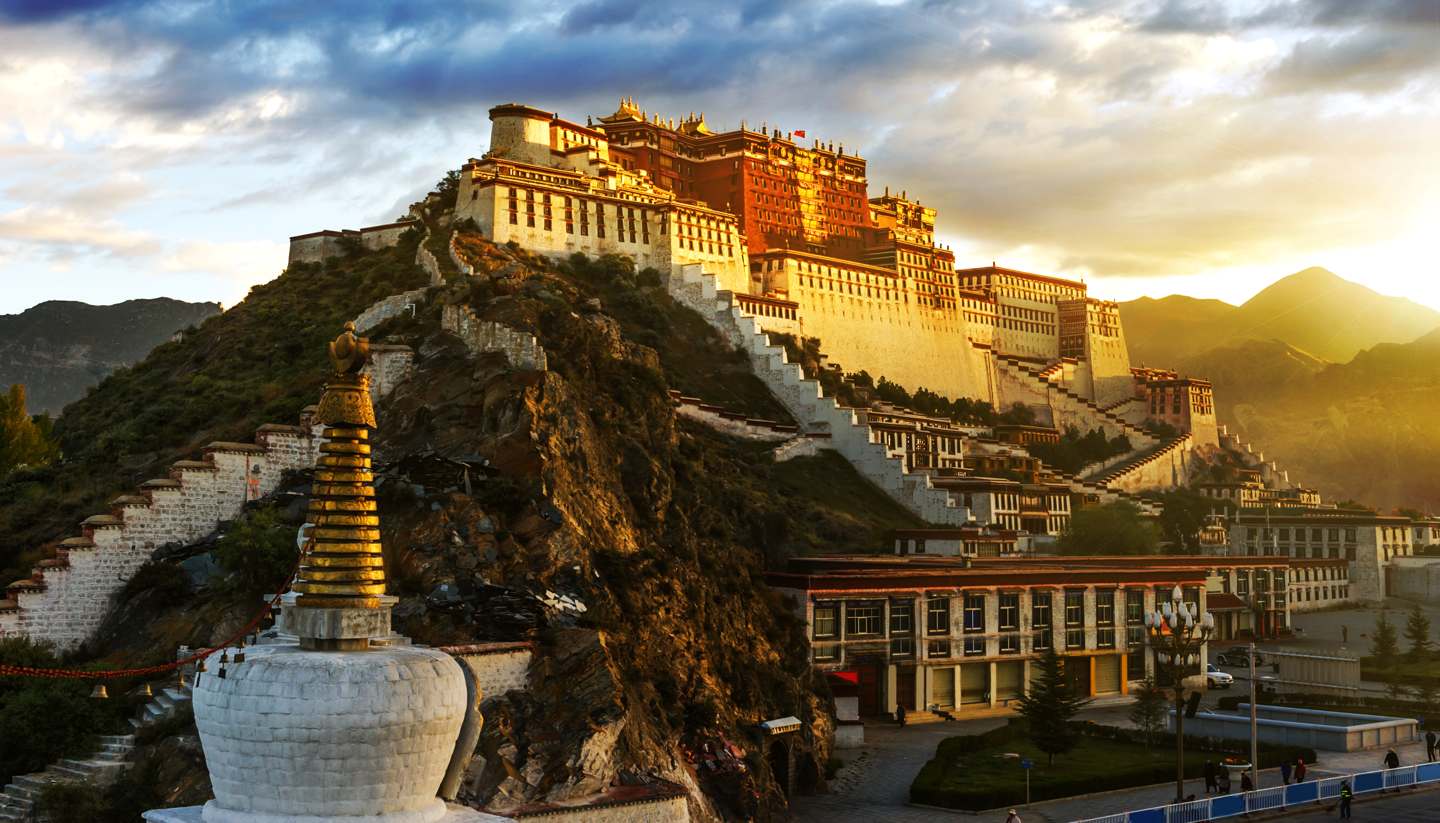 Check out: Lhasa, the heart of Tibetan culture and religion

Travel
Check out: Lhasa, the heart of Tibetan culture and religion
Share this article
Next article

Tibet has been a place of intrigue and mystery for centuries. After all, it has a history that dates back 4,000 years, and is known as the land of the holy monks.

Nestled on the Lhasa River’s north bank in a valley of the Himalayas is its famed capital, Lhasa. With a name that means the “place of the gods”, Lhasa is a city of wonder. In fact, it’s one of the most beautiful cities in the world — and one of the highest capital cities.

For more than 300 years, Lhasa was the center of the Tibetan Empire, and the heart of the Tibetan Buddhist religion. The ancient city is now home to many religious monuments and cultural sites.

Here, our guide to Lhasa, the spiritual (and cultural) heart of Tibet.

What to do in Lhasa

Nestled on Red Mountain at an altitude of 3,700m in the centre of Lhasa Valley is The Potala Palace. It symbolises Tibetan Buddhism and its central role in the traditional administration of Tibet. This architectural wonder was the winter residence of the Dalai Lama up until the 7th century, when the 14th Dalai Lama fled to India during the 1959 Chinese invasion. Today, it functions as a museum and a World Heritage Site.

Few places in the world provide such concrete evidence of faith as the 1,400-year-old Jokhang Temple. It is the spiritual heart of Tibet, and a revered point of the Tibetan Buddhist pilgrimage. Make sure to head to the temple early to soak up the sights of spin prayer wheels, pilgrims making offerings and lighting yak butter candles, and monks chanting. The highlight at the Jokhang Temple is the gilded statue of the five-foot-high Jowo Rinpoche, depicting a youthful Buddha. For sweeping panoramas over Lhasa, head to the temple’s famed golden rooftop.

This route is one of the most captivating scenes in Tibet. It runs around the walls of the Jokhang Temple, marking the most important kora (pilgrimage) for Tibetan Buddhists.

Tibetan cuisine is characterised by its use of barley and rich meats, as well as local influences of the plateau environment and climate due to its unique location. Instead of rice, grain crops (mostly barley) is a staple in Tibet. However, noodles are increasingly used in Tibetan cooking these days. This is complemented by the use of plateau meats such as yak and sheep.

Often considered the backbone of Tibetan nomad life, Tibetan Yak is the main livestock in the autonomous region. The yak meat is chewy and nutritious, and makes up the trademark of Tibet dishes. This high-calorie yak meat is normally shredded and prepared with salt or other natural seasonings. Then, the shredded yak meat is hung on a rope to air dry.

Yak meat can be found almost everywhere in Lhasa. In the west of Middle Beijing Road, you will find Tibetan Cafeteria, where you can find fried mutton chops, radish stew, yak meat and potato buns.

Another Tibetan delicacy you can’t miss in Lhasa is Tibetan momos, which are reminiscent of the classic Chinese dumplings of Japanese gyoza. While traditional momos are usually filled with yak meat and vegetables, it’s a easier to find vegetarian options in the local restaurants now. The momos are either steamed of fried, and eaten with noodles and other dishes. If you’re in Lhasa, head to Pentoc Tibetan Restaurant to try this unique delicacy. Hidden in an alley off Beijing East Road, the intimate restaurant also serves other homemade Tibetan food such as thukpa (noodle soup) and shemdre (sometimes called curry beef).

You will not find many luxury hotels in this ancient city, which is exactly the allure of it.

However, Shangri La Hotel Lhasa provides modern travellers with familiar comforts and hospitality iconic of the Shangri La brand. The hotel is located right in the heart of the storied city, and is within 2 kilometres to the Historic Ensemble of the Tibet-Potala Palace and the the Tibetan garden, Norbulingka. Head up to the fifth floor, and you will find a spot where you’ll enjoy a 200-degree view of Lhasa City, with its mountain ranges and clear blue sky.

The property offers 262 contemporary guest rooms and 17 expansive suites in the heart of the city, as well as an exclusive Horizon Club Lounge. The rooms combine traditional Tibetan elements with modern luxuries, overlooking stunning views of the Potala Palace or the breathtaking mountains.

If you’re looking for somewhere with more character, Shambhala Palace Hotel is a quaint 17-room hotel hidden deep in the old town. It was allegedly once home to an illustrious Tibetan Lama (“chief” or “high priest”, a title for a teacher of the Dharma). The entire place had been painstakingly hand-painted with red and yellow details, Tibetan antiques, and colourful wall carvings in the courtyard depicting the story of the legendary Shambhala kingdom. Be sure to spend an evening on its rooftop, which offers stunning views of the city.

As a foreigner, you’ll have to attain a special Tibet Travel Permit (TTP) in addition to the standard visa for China. Additionally, those entering via Nepal will need another visa, the Tibet Group Visa (TGV).

How to get to Lhasa

There are three ways to get to Lhasa. First of all, you can take a flight from mainland China or Nepal direct to the Tibetan capital. Alternatively, take the train from one of the seven gateway cities across China, following the famous and record-breaking Qinghai Tibet Railway to Lhasa. Lastly, travel overland from Kathmandu, crossing the border at Gyirong Port, where you will meet your tour guide and private driver. They will then take you to the Tibetan capital as part of your overland tour.

Travel check out Tibet lhasa
Dewi Nurjuwita
Senior Writer
Dewi Nurjuwita is a travel and design writer who can be found exploring the streets of foreign cities with passport in one hand and a cup of coffee in the other.
Travel Architecture Interior Design