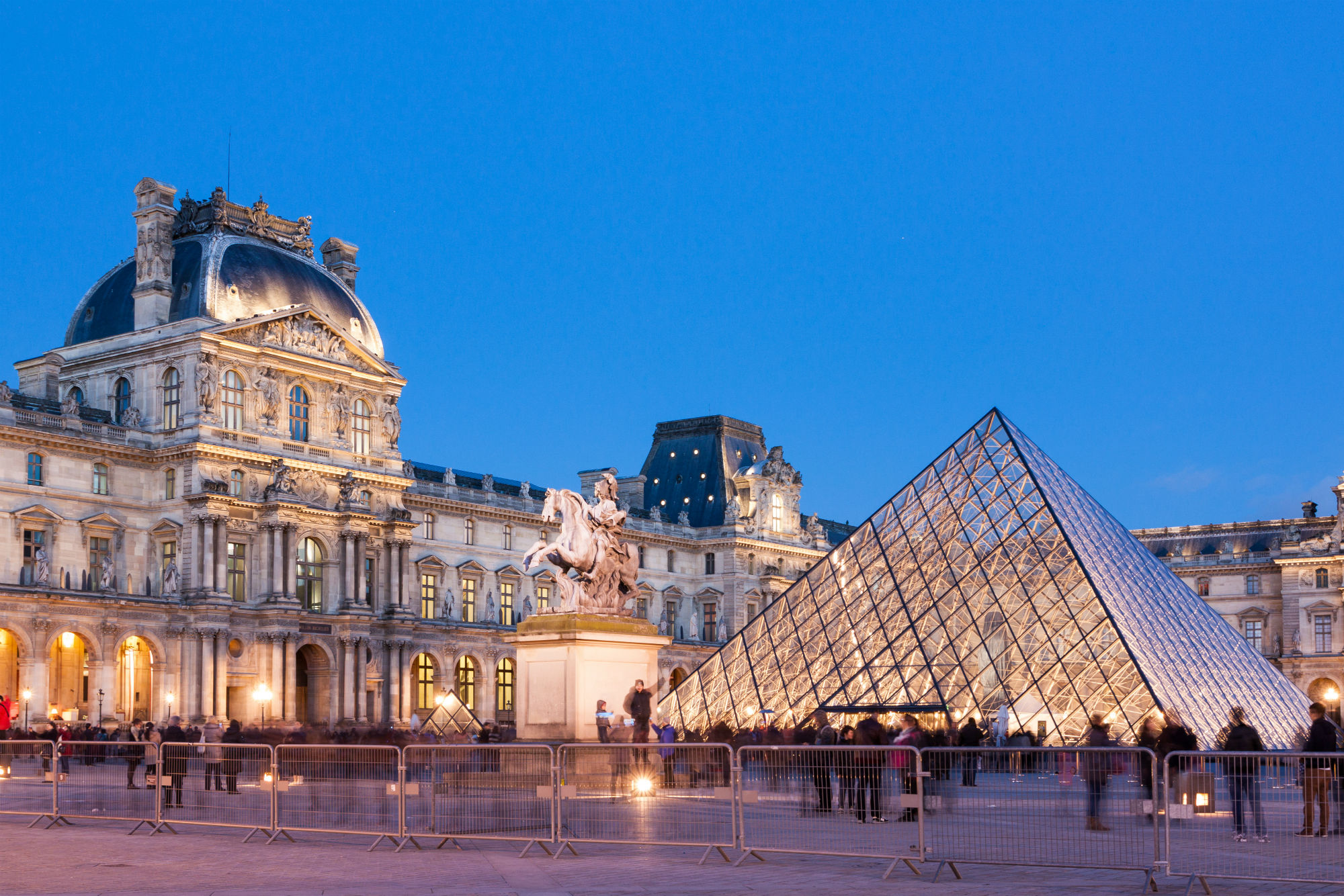 Check out: Paris, by France’s ambassador to Singapore

Paris needs no introduction. The city, renowned for its landmarks such as the Eiffel Tower and The Louvre — which houses the painting of Mona Lisa — has been a much-favoured setting of various films, and is also one of the most visited cities in the world.

We caught up with His Excellency Mr Marc Abensour, France’s ambassador to Singapore, who grew up and spent most of his youth in the Latin Quarter (an area in the 5th and 6th arrondissement) in Paris. Ambassador Abensour believes there is more to the City of Light than the romantic and historical rep it’s known for. In his eyes, France’s capital city is one that embraces innovation, striking the perfect blend between its heritage and technological advances.

We caught up with Abensour for a chat, and heard all about his favourite underrated museums in Paris, his fond memories of Luxembourg Gardens, and where one can find the best croissants in the city.

Marc Abensour (MA): I love Paris’ diversity. The city is not that big, and you have 20 districts, each with its own distinct character. I also like how everything in Paris is within walking distance. You don’t have to go through large avenues, as you can always find something when you’re crossing through small streets. It’s just a very lively city and there’s always something new to discover.

LSA: Paris is known as an artistic city, what are your favourite underrated museums?

MA: Musée national du Moyen Âge, formerly called Musée de Cluny, is a hidden gem in the Latin Quarter. The average tourist would probably miss it. The museum is housed in a small fairytale-like castle from the Middle Ages. Whenever I go there, I completely forget about everything else. Musée national du Moyen Âge is also home to the most beautiful tapestry I’ve ever seen in my life — The Lady and the Unicorn (La Dame à la licorne) from the 15th century. There are also ancient Gallo-Roman baths from the third century, which will give you a sense of how Paris used to be.

Another one of my favourite museums, where my father used to take me to when I was a teenager, is Musée Gustave Moreau. It’s an art museum dedicated to the works of Symbolist painter Gustave Moreau from the 19th century. He used a lot of inspiration from the Bible and Greek mythology. The museum was designed by the painter himself and includes his private apartment and a large gallery where he displayed his work. Nothing has been changed since then, so it displays furniture from the 19th century — showcasing a whole world which has vanished away.

LSA: Apart from museums, are there any other underrated activities or venues worth checking out?

MA: I love Paris’ open-air markets. You can find everything — from fruits and vegetables, to meats, fabrics and flowers — at Marche de Belleville, which is open every Tuesday and Friday in the cosmopolitan neighbourhood.

After strolling around the market, you can head to Parc de Belleville, a lively park with unrestricted panoramic views of Paris. You can have a picnic and people watch as Belleville is home to a population that comes from different countries — Northern Africa, Asia, and elsewhere. It’s a very interesting mix of culture and traditions.

LSA: Where is your favourite spot in the city to view the Eiffel Tower?

MA: To get away from the crowd, balloon rides by Le Ballon de Paris allow you to have a wonderful view of Paris, including the Eiffel Tower. Head to Parc André Citroën in the 15th arrondissement on the left bank of the Seine — just within leisurely walking distance of the Eiffel Tower. The spectacle lasts around 10 minutes. I suggest going in the morning, with optimal weather conditions, as the balloon can reach an altitude of 300m — making it the second highest point after the Eiffel Tower.

LSA: You grew up in the Latin Quarter in Paris, what sets it apart from the other areas within the city?

MA: The Latin Quarter is the oldest part of Paris, boasting unique architecture untouched by the Ottoman empire. If you want a feel of ancient Paris, the Latin Quarter is well-preserved — with many buildings dating back to the Middle Ages. It’s a completely different atmosphere.

LSA: What is one thing visitors should do in the Latin Quarter?

MA: Something you should do is visit the Grande Mosquee de Paris, the biggest mosque in Paris. It was constructed between 1922 and 1926, and is a beautiful mosque. A part of it is open to tourists. I love to sit on the terrace and sip on mint tea paired with Arabic pastries. Women can also go to the hammam (steam room), a beautiful bath which is strictly reserved for women.

LSA: What are your favourite restaurants and cafes?

MA: Le Rostand is an elegant restaurant and bar with a beautiful view of the Jardin du Luxembourg Garden. The restaurant serves one of the best Croque Monsieurs, as well as steak tartare. I also recommend Chez Lena et Mimile, as the food as really good. I like sitting on the terrace during spring while drinking a glass of wine.

LSA: Where can you find the best croissants in the Latin Quarter?

MA: Patisserie Viennoise is a very small teahouse which serves the best croissants and apple strudel, paired with hot chocolate. It was founded by a Viennese owner in 1909 and can only accommodate 10 to 15 people at a time. There’s just nowhere else in Paris you can get a better apple strudel.

Other bakeries I like are Boulangerie Moderne on Rue des Fossés-Saint-Jacques, Le Fournil de Mouffetard on Rue Mouffetard, and Maison Kayser (which also has branches in Singapore, Hong Kong and New York.)

LSA: What are your favourite nightspots?

MA: The 5th and 6th arrondissements used to be very famous because of their jazz clubs. Instead of the usual bars, I like spending an evening listening to good jazz at these bars which have the best musicians performing. Le Caveau de la Huchette, which opened in 1949, is one of Paris’ most renowned jazz clubs. It is housed in a building that dates back to the 16th century. I also like La Compagnie Des Vins Surnaturels, one of the best wine bars in Paris. It boasts an impressive wine list.

LSA: What are your favourite hotels?

MA: Hôtel des Grandes Ecoles. It is located on the left bank near the Contrescarpe in a small alley with trees shading it, and it’s beautiful. It used to be a convent which was reinvented as a hotel. A must-visit is the Saint-Étienne-du-Mont church just behind the hotel, which houses the shrine of St. Geneviève — the patron saint of Paris.

Hôtel Design de la Sorbonne is another one of my favourites. It is a designer boutique hotel that has photo exhibitions displayed on each floor. It recently underwent a renovation, and now boasts a trendy and clean façade.

Paris The Louvre european destinations Latin Quarter France's ambassador to Singapore Marc Abensour Musée national du Moyen Âge The Lady and the Unicorn La Dame à la licorne
Dewi Nurjuwita
Senior Writer
Dewi Nurjuwita is a travel and design writer who can be found exploring the streets of foreign cities with passport in one hand and a cup of coffee in the other.
Travel Architecture Interior Design
Sign up for our newsletters to have the latest stories delivered straight to your inbox every week.