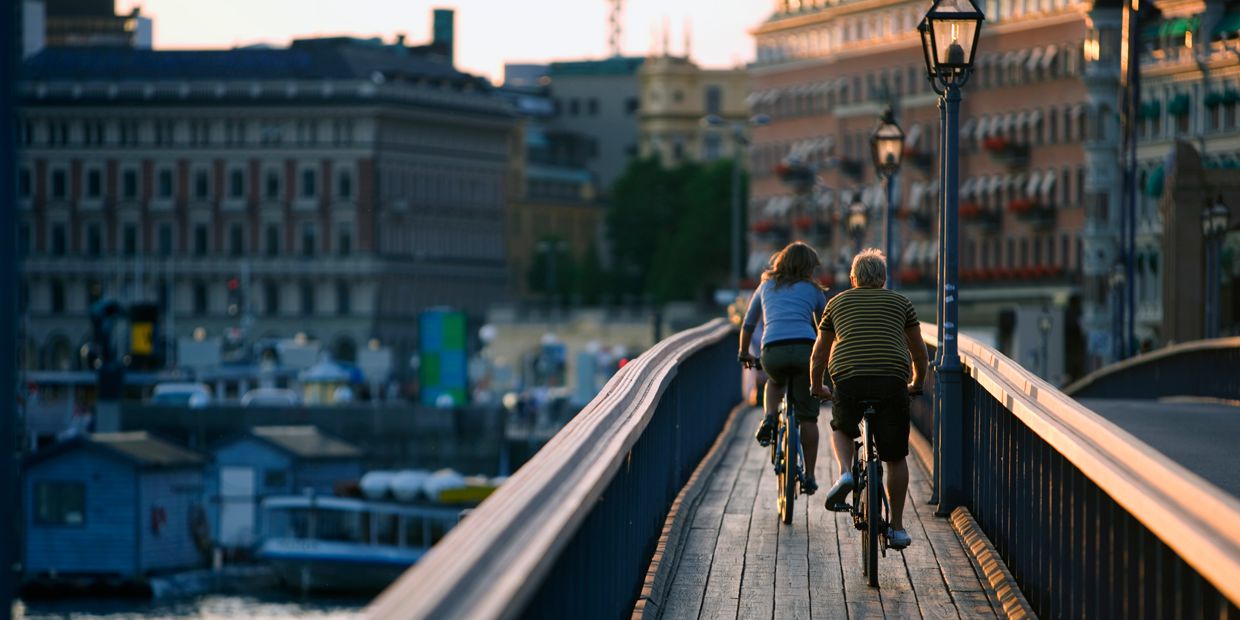 Travel
Check out: Stockholm, the chic Scandinavian capital
Share this article
Next article

If Australia has Melbourne and Spain has Barcelona, Stockholm is Sweden’s answer to a culturally-rich, thriving metropolis. The trendy and innovative Swedish capital is a fascinating mix of art, culture and design, world-class shopping and style. Paired with the great outdoors for adventure-filled weekends right on the outskirts of the city, what more could you ask for? Spread over 14 islands in the archipelago, Stockholm has an allure very few cities can match.

Like many of its European counterparts, Stockholm is a city best explored on foot or bike. The city is interspersed by bike paths and lanes, where you can easily get around between the islands just by renting a bike. Take in the views of Gamla Stan, one of the best preserved medieval city centres in Europe, or people watch on some of Stockholm’s trendiest neighbourhoods, to fully experience the city’s beauty.

Stockholm’s inventive spirit is second to none. It is thus no surprise that the city’s culinary creatives embrace and create their own food trends. The city has won accolades for its high-design restaurants and new-Nordic approach to gastronomy. It’s not hard to spot a quality restaurant at every turn. We kept hearing rave reviews of Woodstockholm, a restaurant that combines a wine bar, hip dining spot, and designer furniture. The restaurant offers a themed menu that changes weekly, and focuses on organically produced food or wine.

Of course, when in Sweden, who could miss out on its national dish? While great meatballs can be found anywhere in the city, try Meatballs for the People, an ultra-cool restaurant that also functions as a small bar. Responsible eating seems to be a constant theme in Sweden, as this restaurant prides itself of organic meats as well, offering everything on the menu from turkey to reindeer.

While we’re at it, let us enlighten you with fika, a concept in Swedish culture which means to slow down and appreciate the good things in life. It is the Swedish tradition of drinking coffee, tea or juice – paired with a baked good. You’ll find Stockholm bursting with cafes on every street, where you’ll discover Swedes on their daily fika each afternoon.

Wander around Södermalm and you will find Drop Coffee, an award-winning coffee roasters and bar. Don’t let the cafe’s quaint exterior fool you, as this roastery is known to make one of the city’s best coffees. If you’re not up for the crowd, try the lesser known Tully’s Coffee instead. Located at the intersection of Götgatan and Högbergsgatan, this American coffee house displays a large blackboard along the sidewalk that leans against a wall with over 30 flavours of milkshakes scribbled in white chalk. It features large windows with bar stools facing outwards, allowing you to people-watch as you sip on your cappuccino.

Recent years have seen many designer bars springing up around the city. These bars shake up both classic and creative cocktails in uber-chic settings. For culture vultures and design aficionados, Södra Bar is a chic bar inside Södra Teatern, one of Stockholm’s leading performing arts venues. It features turn-of-the-century decor and a terrace that boasts panoramic views of the city.

If you prefer something more industrial-chic, check out Morfar Ginko. Here, you can play Ping-Pong or dance to DJ sets, whilst blending in with the hip crowd. The bar, located below the more formal restaurant, is a vast white-tiled space with a lofted DJ booth and neon sign.

The birthplace of ABBA, Stockholm remains one of Europe’s best cities for live music, boasting impressive live music venues. Debaser Medis is in central Södermalm and hosts mostly rock bands, seeing groups such as The Hives and Imagine Dragons in the past. When the venue is not home to a huge gig by an international musician or band, you can expect to catch smaller local bands perform. The best part? Most of the acts are free before 10 pm.

Other venues are the legendary Pet Sounds Bar, which was once a venue for indie rock in the 1980s and 1990s, and Fasching for high-quality live jazz, soul and latin music. The latter has a cozy atmosphere and sees many up-and-coming artists taking the stage, making it one of the best places to explore Stockholm’s jazz scene.

H&M, Acne and Cheap Monday need no introduction. Originating from Sweden, these world-famous brands put Scandinavian designers on the map. Shopaholics will be thrilled to find that Stockholm is a shopper’s paradise – with something for every style.

For those seeking designer brands, check out Stockholm’s most affluent shopping district found in a downtown district known as Bibliotekstan. Here, you can find leading brands like Louis Vuitton, Gucci, Prada and Marc Jacobs – as well as high-end stores by Scandinavian designers. These include H&M-owned &Other Stories and Filippa K. To pamper yourself to the ultimate royalty treatment, head down Hamngatan to the iconic department store Nordiska kompaniet – frequently visited by celebrities and the Swedish royal family.

If you’re craving for more of an edge, look to Stockholm’s answer to Soho. Located on the island of Södermalm (also known to be one of the coolest places in Europe), the neighbourhood SoFo, south of Folkungagatan, is full of interesting stores.

Grandpa may not sound all that modern, but it is here where trendsetters can find all the latest in Swedish design. The store features emerging brands such as Carin Wester, Hope, Sandqvist, Minimarket and Rodebjer. For avant-garde fashion, Jus has some of the edgiest clothes on the island – where you can find pieces by designers such as Comme des Garcons, Helmut Lang and Maison Martin Margiela when browsing through the racks.

With Stockholm Design Week that took place in February, it is no secret that Scandinavian interiors are here to stay. Located on Strandvägen is Svenskt Tenn, a classic interior design company with its flagship store on the shoreline boulevard. The store features timeless, beautifully patterned and vividly coloured fabrics and furniture designed by Swedish-Austrian architect and designer Josef Frank. Here’s where you can find modern classics and a gift department with glass, pottery and objects by younger established designers.

Malmstenbutiken blends tradition and modern Scandinavian furniture. The brand prides itself on craftsmanship, using genuine materials and neutral colours – with pieces that are both aesthetically-pleasing and functional. For environmentally-friendly yet high quality stationery, Bookbinders Design produce colourful and timeless notebooks, photo albums, journals and storage boxes.

Set a day to explore the city’s established museums that showcase Swedish design and culture, as well as the country’s history. The Museum of Modern Art (Moderna Museet), home to works by Picasso and other artists from the 20th century, is Stockholm’s best art museum.

If you’re a photography enthusiast, check out Fotografiska, a museum that hosts some of Sweden’s best contemporary photography exhibitions. The best part? The museum is open late, 11pm from Thursdays to Saturdays – so you can save it for last after a whole day of museum-hopping.

History buffs should check out Kungliga Slottet, built on the ruins of the Tre Kronor castle which burned down in 1697. Here’s where you can see the decadent Karl XI Gallery, inspired by Versailles’ Hall of Mirrors and Queen Kristina’s silver throne in the Hall of State.

You’d also be surprised to know that you can go swimming right in the city. Stockholm is full of sprawling lakes, inlets, and waterways ideal that are pristine and clear – very rare for a bustling city. You’ll often see Swedes taking a dip in the middle of town, so grab your swimwear and jump in. Some of the best swim spots around the city are Fredhäll, Långholmen and Smedsuddsbadet.

Scandinavian Singapore Airlines Scandinavian cuisine Stockholm Sweden Stockholm Design Week Stockholm city guide Woodstockholm Meatballs for the people Fika Swedish culture Drop coffee Södermalm Tully’s Coffee Södra Teatern Debaser Medis Morfar Ginko Södermalm guide
Dewi Nurjuwita
Senior Writer
Dewi Nurjuwita is a travel and design writer who can be found exploring the streets of foreign cities with passport in one hand and a cup of coffee in the other.
Travel Architecture Interior Design
Sign up for our newsletters to have the latest stories delivered straight to your inbox every week.