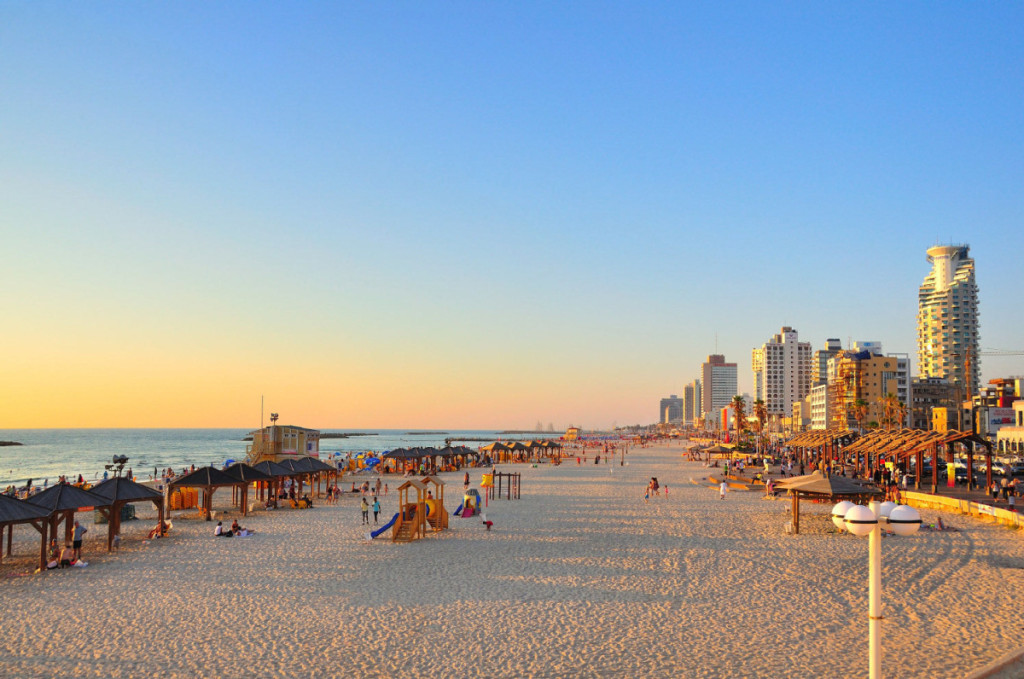 Check out: Tel Aviv, by Israel’s ambassador to Singapore

Travel
Check out: Tel Aviv, by Israel’s ambassador to Singapore
Share this article
Next article

“Ten measures of beauty descended on the world – nine were taken by Jerusalem, one by the rest of the world.” Whenever one speaks of Israel, it is easy for Tel Aviv to be overshadowed by Israel’s beautiful and historical capital, Jerusalem. However, Israel’s second-largest city is electric on its own – with it being a melting pot of cultures, lined with neoclassical architecture and quietly taken over by a specialty coffee revolution.

To prove that, we caught up with Her Excellency Yael Rubinstein, Israel’s Ambassador to Singapore, for an insider’s scoop on what to do in Tel Aviv. Yael was born in Tel Aviv, and lived in Jerusalem while studying at the Hebrew University of Jerusalem and joining the Ministry of Foreign Affairs, before moving back to Tel Aviv.

Yael compares Tel Aviv and Jerusalem to the dynamics of New York and Washington. If Jerusalem is the Washington of Israel, Tel Aviv is Israel’s answer to The Big Apple – a cosmopolitan where there is always something happening.

Lifestyle Asia (LSA): What separates Tel Aviv from the rest of the Israel?

Her Excellency Yael Rubinstein (YR): What I love about Tel Aviv is that it’s very unique. Whenever I go to Tel Aviv, I feel the freedom.You don’t find it in many places in the world. Everything is allowed and you can stay out late, as coffee places and restaurants are open 24 hours. It is not rare to see big traffic jams at Tel Aviv at two in the morning. People generally go out late in Tel Aviv – it has a nickname for being the city without a break. It just never sleeps.

LSA: When would you recommend travelling to Tel Aviv?

YR: The best time to travel to Tel Aviv is in spring, from March to June. During these months, Tel Aviv enjoys perfectly sunny days with clear blue skies. The same goes for September/October to mid-November.

LSA: How long should one set aside to discover the city?

YR: You can’t come to Israel for say, two days, it’s not enough. I would recommend four to five days. This way, you can enjoy the beaches of Tel Aviv and discover the city by bike for the first three days – all while enjoying the bars, clubs and fantastic restaurants. Once you’ve enjoyed all the city has to offer, you can take the bus to Jerusalem, the capital of Israel that is about an hour away. Here, you can fully take in Jerusalem’s history. It’s a holy city that is so beautiful and ancient, there is none quite like it.

LSA: What are your favourite restaurants and bars?

YR: Port Said, named after a city in Egypt, is helmed by top Israeli celebrity chef Eval Shani. It looks like a very trendy bar, which it is, but it is also a restaurant with amazing Israeli cuisine. The menu changes daily and includes sharing portions of freshly sourced local food – served with spoonfuls of tehina.

Jajo Wine Bar is another one of my favourites. It is housed in a historical building that was once home to Israel’s first winery. I would order a mojito, which is my favourite cocktail. If not, Israeli wine is always a good idea.

LSA: Which is your favourite market to go to for street food?

YR: The Carmel Market (locally known as the Shuk Hacarmel.) It is Tel Aviv’s largest fruit and vegetable market, where you can sample our local specialities to have a taste of Israel’s culinary culture. Besides the fruit and vegetable stands, there are also small buffets and top-notch restaurants like Shukshuka (aptly inspired by shakshuka, one of Israel’s most loved dishes), and Shmuel.

LSA: What is something one should do if they’re in Tel Aviv for 48 hours?

YR: Tel Aviv has a UNESCO heritage site which we call the White City. It has the world’s largest collection of International or Bauhaus style buildings, with some built in the beginning of the 20th century. What used to be houses have now turned into galleries or offices.

Within the White City lies Rothschild Boulevard, a street that connects the centre of Tel Aviv to its southern part. I think you’d enjoy a peaceful cycle along the boulevard while taking in views of the Bauhaus architecture. You can then stop by one of the many coffee places found along the side of the boulevard. (Note from LSA: If you need help, try Rothschild 12, for starters)

LSA: What are the best hotels in Tel Aviv?

YR: I usually go to the small boutique hotels. My favourite hidden gem is called Montefiore, just steps away from the iconic Rothschild Boulevard. If you’re looking for bigger hotel chains, The Hilton Tel Aviv is a terrific one – and boasts breathtaking views of the Mediterranean Sea.

LSA: Which galleries would you recommend?

YR: There is the Helena Rubinstein Pavilion for Contemporary Art just next to the main concert hall and national theatre building. Bruno, located on the beach of Tel Aviv, is amazing as well. The museum showcases modern arts by Israeli artists. I personally like David Gerstein, whose steel sculpture you can find in the middle of Singapore’s CBD.

LSA: What are your favourite beaches in the city?

YR: Banana Beach, just in between Tel Aviv and Jaffa, is one of my favourites. It has a very nice array of bars, coffee places and cafes to have breakfast. During the summer months – you get to watch performances on the beach. The city’s most talented drummers come together here and dance to live beats. People generally lounge by the beach with a beer while enjoying the fantastic music.

Travel Art Culture Ambassador City guide Israel Tel Aviv Yael Rubinstein Jerusalem israel travel
Dewi Nurjuwita
Senior Writer
Dewi Nurjuwita is a travel and design writer who can be found exploring the streets of foreign cities with passport in one hand and a cup of coffee in the other.
Travel Architecture Interior Design