Home > Travel > Destinations > Check out: Vancouver, by the High Commissioner of Canada to Singapore 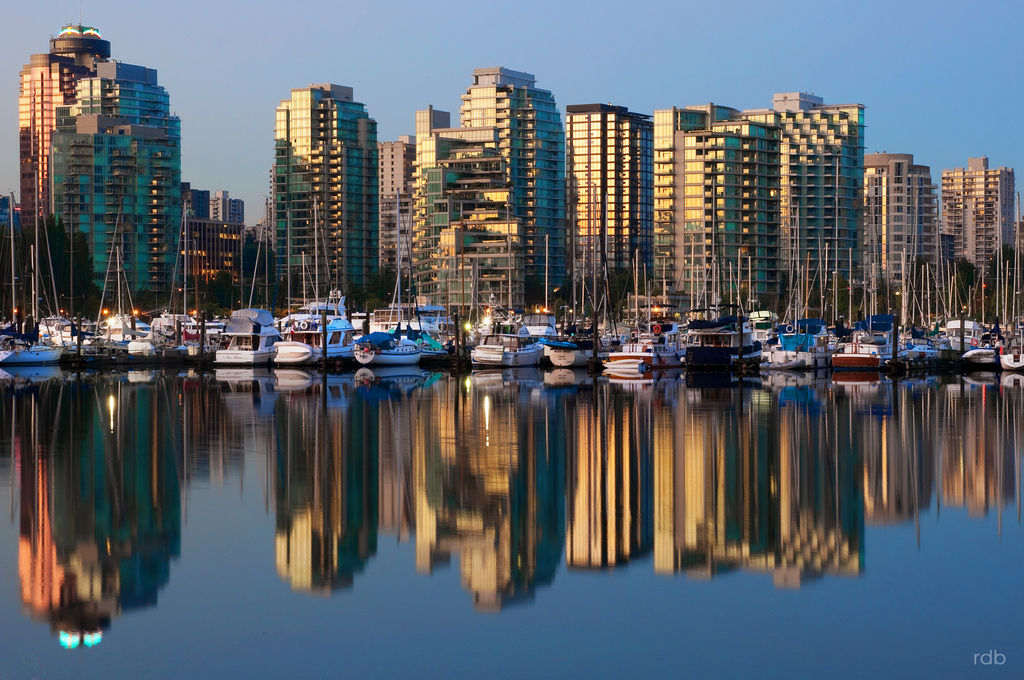 Check out: Vancouver, by the High Commissioner of Canada to Singapore

Vancouver, a coastal seaport city in Canada, is the perfect juxtaposition of urban living and the great outdoors. Surrounded by the North Shore mountains and the vast Pacific Ocean, the Canadian city is undoubtedly one of the world’s most beautiful metropolises. From a melting pot of cuisines, to a wide range of outdoor activities and numerous bars for local crafted beers, it is safe to say this city has it all.

We caught up with High Commissioner of Canada to Singapore, Her Excellency Lynn McDonald, for an insider’s guide to the city. McDonald was born and raised in Vancouver and still goes back frequently to visit her family there. Her favourite thing about the city is how it has the great outdoors at its doorstep.

H.E Lynn McDonald (LM): As a child, I remember going down to Granville Island –which has one of the first farmer’s markets in the city — for seafood and fresh produce. After studying in the UK, I returned to Vancouver in my 20s, where I often went hiking in the North Shore mountains, and played ultimate frisbee in the local parks.

LSA: What do you think sets Vancouver apart from other cities?

LM: The physical beauty of Vancouver is one of the first things people notice — like the ocean, mountains and trees around the city. It is a green city, with many old grove trees. People call it the city of glass because its buildings show a lot of light, unlike the heavy stone buildings in the east of Canada.

LSA: What are your favourite restaurants in the city?

LM: For Japanese cuisine, I like Minami and Hapa Izakaya in Yaletown, which is the warehouse and factory area right down False Creek (which separates Downtown Vancouver from the rest of the city.) It’s where some of the Olympic venues are. I also love Chambar, a Belgian restaurant for amazing European food. The lamb tagine is phenomenal. Vij’s is also amazing, it’s a Southern Indian restaurant offering a modern twist to Indian cuisine.

For decadent deserts, there’s Cheesecake Etc. I used to go there as a teenager when my friend was working as a waitress. It is still open, and is very good. Another place is Notte’s Bon Ton Pastry for afternoon tea. My favourite thing to order is called “asparagus”. It sounds savoury, but it is not.

LSA: What are the bars you frequent?

LM: An up-and-coming area is Main Street, which separates East and West Vancouver. There are a number of craft breweries that have opened up along the street. Check out Steel Toad Brewing Co, which occupies a restored warehouse, as well as Main Street Brewing. If you’re on Granville Island, Granville Island Brewing is great. Stop by for a pint of the local beer if you happen to be around. If you’re looking to get dressed up and go for fancier cocktails, check out the Fairmont Pacific Rim Lobby Lounge, which is considered the best bar in Vancouver.

LM: Canadian craft beers have a bit more character, and an alcohol content that isn’t too strong, but you can actually tell what you’re drinking instead of tasting a light liquid. It also goes well with a lot of the local cuisine such as salmon burgers and fish tacos.

LSA: Which are your favourite hotels in the city?

LM: The Canadian Pacific Hotels operate a series of resort hotels across Canada. Canada was founded based on railroads that stretch across the country. In each hotel, they built a city. The one in Vancouver is called Fairmont Hotel Vancouver. A lot of key events of the city took place at the hotel, and I find it a charming place. For boutique hotels, the Wedgewood Hotel and L’Hermitage are both conveniently located right in the heart of downtown.

LSA: What are the more underrated things to do in Vancouver?

LM: I’d recommend heading to a park called Lighthouse Park in West Vancouver. Not many people know about it, but it’s beautiful and has a hiking trail that’s not too difficult. You can hike right to the edge of the water, and look across the inlet to see the whole of Downtown Vancouver on the other side.

You can also go to the less busy beaches, like Spanish Banks and Kitsilano Beach. That will give visitors the real flavour of the city and the views are really nice out there — where you’ll see families going out on picnics and people walking their dogs. There are small beach concession stands on Spanish Banks if you’re feeling peckish. Right across the road from Kitsilano Beach, you will find a lot of nice restaurants and cafes.

LSA: Where do you go for the great outdoors?

LM: Skiing is a very popular thing to do in Vancouver, as we have the best local mountains such as Mount Seymour and Grouse Mountain, which is also known as the peak of Vancouver. Both are about 30 minutes away from the city. You can also choose to rent a bicycle and cycle the seawall around Stanley Park, which is a park right in the middle of the city and faces an inlet. It’s very breathtaking, with old grove trees all around. A little bit further out is the Pacific Spirit Regional Park, which is by the University of British Columbia.

LSA: When is the best time to visit Vancouver?

LM: If you like to go skiing, definitely come during winter. Otherwise, anytime from April to late September or early October sees a very mild climate with a lot of sunshine — so that’s the safest bet.

city guides Vancouver City Guide Canada travel guide Vancouver Lynn McDonald North Shore Mountain Where to go skiing in Canada Outdoor activities canada Mount Seymour Pacific Spirit Regional Park University of British Columbia
Dewi Nurjuwita
Senior Writer
Dewi Nurjuwita is a travel and design writer who can be found exploring the streets of foreign cities with passport in one hand and a cup of coffee in the other.
Travel Architecture Interior Design
Sign up for our newsletters to have the latest stories delivered straight to your inbox every week.