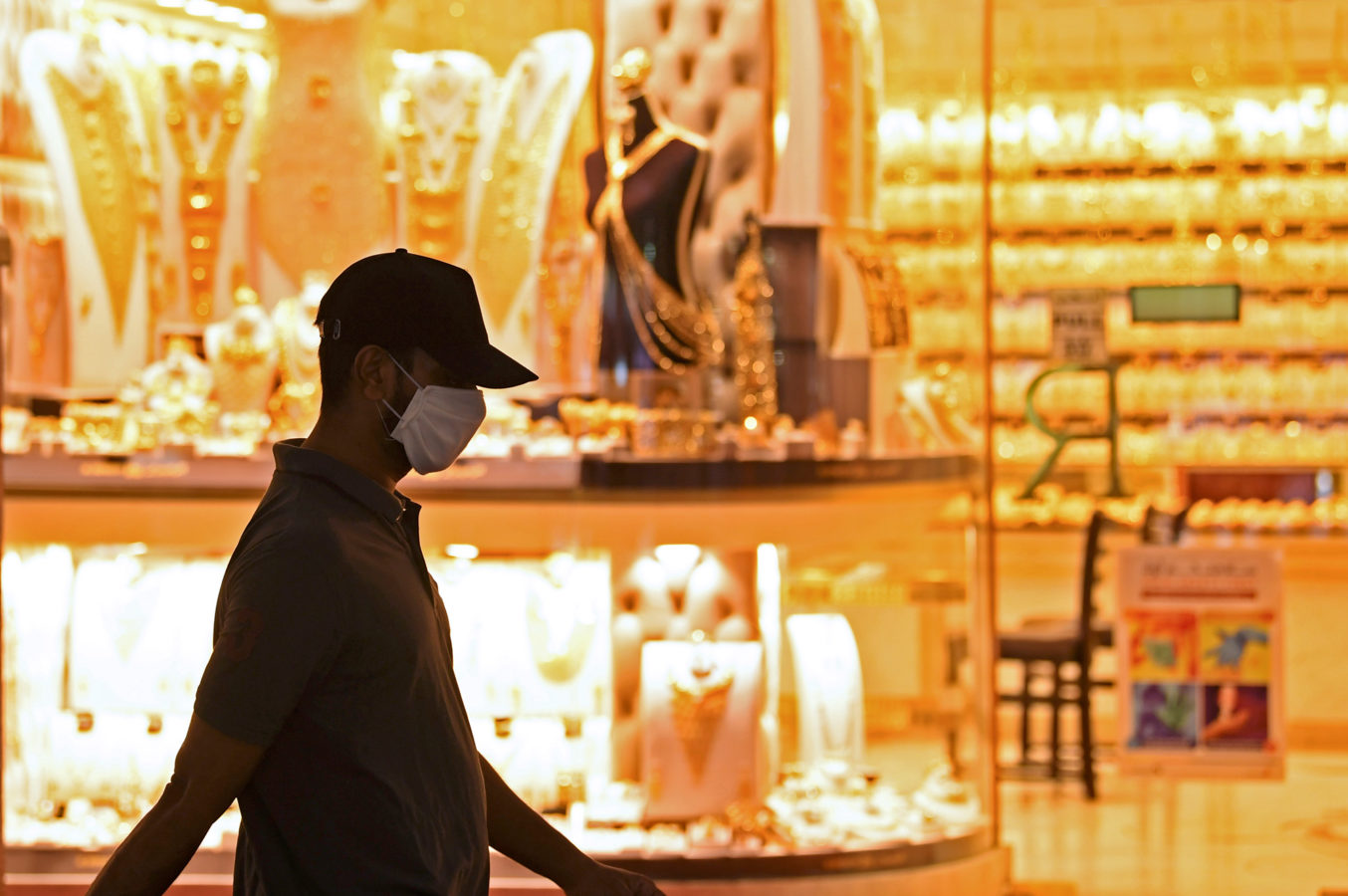 Evening dresses made of gold mesh, gilded sunglasses and glittering crowns are sparkling again from the windows of Dubai’s historic gold souk which was shuttered during the coronavirus lockdown.

One important element is still missing though — customers.

But for business owners, the reopening of one of the world’s biggest gold markets is a vital move towards normality ahead of the autumn tourist season, in a city that prides itself on shop-’til-you-drop experiences.

“Reopening the shops is a big step for us… The main factor here is psychological,” said Tawhid Abdullah, chairman of the Dubai Gold and Jewellery Group, the industry’s main governing body in the emirate.

“We expect that by July or August when the airports reopen… we will regain 50 percent of our business activity,” he said.

Dubai styles itself as a regional centre for trade and services, and tourism has long been its lifeblood. It welcomed more than 16 million tourists last year, and was aiming for 20 million this year before the pandemic crippled global travel.

The emirate shut down its glitzy shopping malls, upscale restaurants and traditional markets for a month to fight the spread of the virus.

Gulf states have struggled to curb the disease, which spreads easily among large populations of migrant workers living in crowded conditions, and the United Arab Emirates has reported some 19,000 cases, with 203 deaths.

Cloistered in the old trading centre of the wealthy Gulf city, not far from its famous skyscrapers, the gold souk closed on March 24 and reopened under strict social distancing and hygiene rules on April 26.

The area where the market is located is known as Old Dubai, with decades-old buildings and haphazard alleyways thronged by Asian and African migrants who make up a majority of the area’s residents.

Videos of residents celebrating the end of the curfew, pouring onto the streets to clap and cheer, went viral on social media last month.

“When we came here the first day it was as if we were coming to a new place, so we sterilised everything. We were very very happy to be back,” said jeweller Chandu Siroya.

“Everybody wants to be on holiday, but this time it was the other way around. The holiday was too long so we were longing to be back,” he added, surrounded by a dozen employees wearing protective masks.

Business owners left their gold in their shops during the month-long closure — a testament to Dubai’s reputation as one of the safest cities in the region.

Occupying a warren of streets and covered with traditional barasti roofing made of date palm fronds, the century-old market neighbours Dubai’s other traditional souks selling spices and carpets.

“This is an iconic place, the heart of our city of gold, and it’s important to see it open,” said Abdullah.

The gold and jewellery sector is one of the pillars of Dubai’s economy — the most diversified in a region that mostly depends on oil. Authorities say the emirate holds 14 percent of all the gold in global circulation.

But two weeks after reopening, the souk is still far from regaining its buzzy atmosphere.

Street sellers who used to try to tempt tourists to buy watches have disappeared, and shops are mostly empty except for employees keeping a two metre distance from one another.

“It is hard to believe that something like this could happen,” said Chetan Dhanak, who has worked as an assistant in the same shop since he arrived from India 17 years ago.

“Business is really suffering. Only three or four customers have come since we reopened, while we used to welcome up to 10 daily depending on the season. But it will go back to normal.”

Dubai’s tourism chief Hilal al-Marri said in a television interview last month that after halting arrivals in March, the emirate could reopen to international tourism in July.

Katia Abu Samra, head of business development at Samra Jewellery, said the lockdown prompted her company to turn its focus towards local clientele.

“It has opened a door that we never used to have before,” she said in her office, wearing a mask and blue shoe covers.

Abu Samra is certain business will revive before the tourist season begins in September, but in an era of separations and distancing, if she had the opportunity to bring one thing back to normality right now, she would choose something else.

“To be able to see my grandparents and kiss them on the head,” she said.

This article was published via AFP Relaxnews. Hero and featured image credit: Karim Sahib for AFP