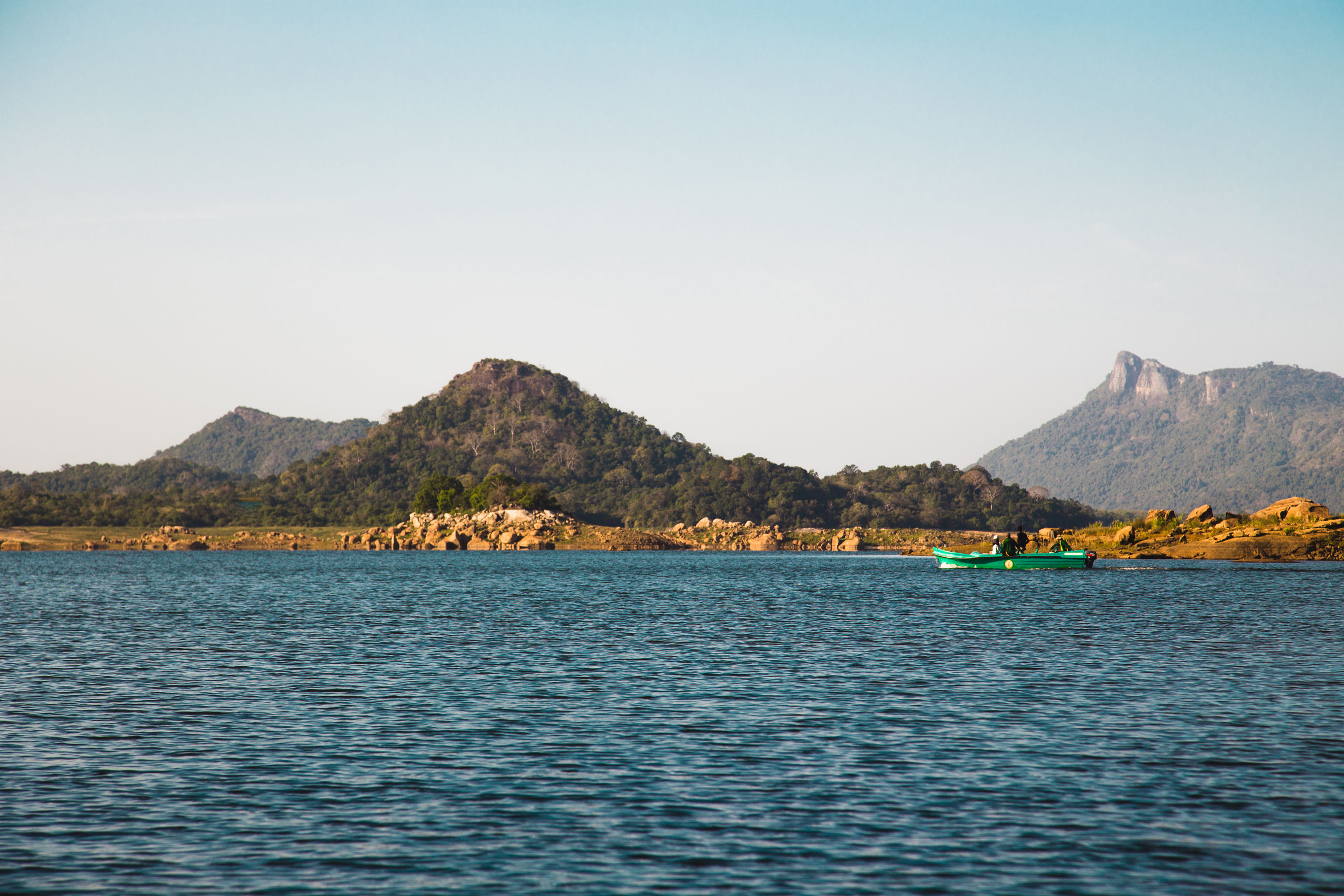 On a dreary Monday morning, we found ourselves in Changi Airport, boarding a flight to Colombo. But our end destination was not the scenic Sigiriya or the heart of the Cultural Triangle. Instead, we were en route to Gal Oya National Park, an untouched haven on the east coast of Sri Lanka.

Our host this trip was Amala Destinations, and Sri Lanka is just one of its many featured ports of call. The Singapore and Bhutan-based bespoke travel service specialises in crafting an itinerary that takes you off the beaten path, sometimes quite literally. “What sets us apart from other luxury travel companies is that we try to do a more local and authentic approach,” said Elgin Xiao, Amala’s Chief Destinations Planner.

To achieve that, Amala’s destination planners have spent years creating relations with its partners in the many destinations it offers. The company also prides itself on building relationships with local guides, who would be most familiar with their respective countries’ cultures and attractions. Our journey to Gal Oya was just a preview of Amala’s offerings in Sri Lanka. A typical itinerary covers 14 days of exploring the emerald of the Indian Ocean with a guide equipped with a vast knowledge of the island.

Getting to Gal Oya was no small feat. After arriving in Colombo, we were whisked to a nearby hotel for a quick lunch before a turbulent seaplane flight out to Batticaloa. Then, after three hours on the road over a landscape that transited from neighbourhoods to plantations, we finally reached our destination, the Gal Oya Lodge. The Singlish term ‘ulu’, meaning remote, immediately came to mind. We were finally off the grid, disconnected from civilisation and transported into an alternate reality that is a couple of steps slower in pace.

The remoteness of Gal Oya makes Gal Oya Lodge the only accommodation option for miles, yet it is anything but shabby. Its nine rooms are standalone bungalows that each come with a private living area, a verandah with spectacular views, and an outdoor bathroom. There is also a spacious two-room villa for families.

A handy universal power outlet at our bedside saved us the trouble of connecting multiple converters. And the four-poster, king-sized bed was where we retreated to at the end of every day (or afternoon, when we had the time). However, this is as far as luxury gets in the wilderness of Gal Oya. Air-conditioning is not common in this part of the world.

Most of our meals took place in the main dining hall of Gal Oya Lodge. The menu wasn’t extensive but changed every day, with a mainstay being the delicious Sri Lankan curries that we opted for almost every night. The fish curry served with rice and crispy papadums, in particular, was our favourite.

It was the service extended to us throughout our stay that stole the spotlight. Whenever we returned after one of the many activities (more below), a refreshingly cold face towel and a tall glass of iced tea would be waiting for us. After every hearty dinner, an escort would lead us back to our lodges as the trail was not particularly well lit. If you get bored at the lodge (not that we were), there is a small but good curation of books in the library to lose yourself in. There were also some board games to play with. The attention to detail and hospitality displayed at Gal Oya Lodge made us feel so well taken care of, it was like we were being invited into their home.

Seeing as the open-air residence leaves guests exposed to the elements of nature (including the mosquitos in the area) the staff at Gal Oya Lodge have taken steps to mitigate any discomfort that may arise. For instance, all the beds are draped with a sheer mosquito net to protect guests from getting bitten. Of course, we’d still recommend bringing along a bottle of the strongest repellant you have, or wearing long pants if you plan on taking a hike.

Our daily itinerary was packed, and that’s not a bad thing. Being so isolated, the property’s myriad activities will keep you occupied and your body active. On our first full day in Gal Oya, we woke up at dawn and set off for a boat safari on Senanayake Samudra Lake, one of Sri Lanka’s largest reservoirs. With the only other people on the lake being a few fishermen, it was the very definition of tranquillity.

As it was the off-season period when we visited, elephant sightings were rare, explained Arun, a naturalist at Gal Oya Lodge who was also our guide on this tour. But we still persevered with our binoculars perched high, and finally spotted a lone Asian elephant hidden among similarly-coloured rocks. It was a wonder that our group didn’t capsize the small six-man boat as we scrambled to have a look at the majestic animal.

Venturing towards an island at the far end of the lake, we encountered two mugger crocodiles lazing in the water underneath the Indian sun. We cut the engines of the motor and observed as one crocodile inched its way closer to a seagull that was oblivious to its fate. At the last second, the gull’s natural instincts took over and it flew away, leaving the croc without its catch of the day. That was nature in its most sacred form, the symbiosis between predator and prey. To really revel in the season of the animals, Arun suggested visiting in the months of September to October. Elephant sightings would be more common during that time, with some previous guests spotting herds of 70 elephants basking in the cool waters.

The boat safari was just one of the many excursions we went on. On one morning, a group of us attempted to hike up Monkey Mountain. Wearing shorts wasn’t the best idea, as the grassland which we trekked through was not your friendly astroturf. At the base of the mountain, our legs took a beating from the spiky weeds that were made drier due to the weather. As mentioned earlier, pants are an absolute must, no matter the season you come in.

Halfway up, we realised that we had underestimated the height of Monkey Mountain, and overestimated our fitness levels. The view at the midway point, nonetheless, was just as glorious. We could see the rolling hills of eastern Sri Lanka and the many plantation fields out in the distance. For us, time stood still in this little nook hidden away from the rest of the world.

If you’re seeking to learn more about Sri Lankan culture, you could spend some time with the Veddha tribe. They are among the last few forest-dwelling indigenous people of Sri Lanka. We had the pleasure of trekking through the jungle with the chief of the tribe, Sudhawaninila Aeththo. He taught us how they foraged for medicinal herbs and made clothes and bags out of tree bark.

But the ways of old within the tribe are slowly dying out, no thanks to the demands of modernity from the younger generation. The juxtaposition between the two generations is one that pegged our curiosity — only seven of the 500-strong tribe still maintain the traditional outfit with a beard and long hair. Their houses now have brick walls instead of wood and clay. Some are even kitted out with antennas and radios. In time, their traditional ways will soon have to make way for the new, and the Veddha tribe will no longer be as it once was.

It was a bittersweet moment as we said our farewells over a hearty breakfast of egg hoppers and dhal curry. Life was made simpler for a few days in Gal Oya. Our time spent in this remote location took us out of our comfort zones and released us from the vice-like grip of social media. At the same time, we were privy to the precision planning of Amala Destinations, and the ease at which it got us from place to place without a hitch.

While we wished that we could have explored more of Sri Lanka with the companionship of Amala’s renowned guides, reality beckoned and called us back. It was time to leave Mother Nature’s playground and return to the concrete jungle.

Sri Lanka Gal Oya Gal Oya Lodge Veddha Amala Destinations
Josiah Neo
Writer
Josiah Neo is a tech writer who contributes occasionally to the fashion, travel, and culture beats. When he’s not busy keeping up with the keynotes, he’s probably stuffing his face with the best Melbournian donuts (at Shortstop, BTW) or watching his favourite esports team, the Los Angeles Valiant, pummel their opponents into oblivion.
Technology Travel Fashion Culture
Sign up for our newsletters to have the latest stories delivered straight to your inbox every week.