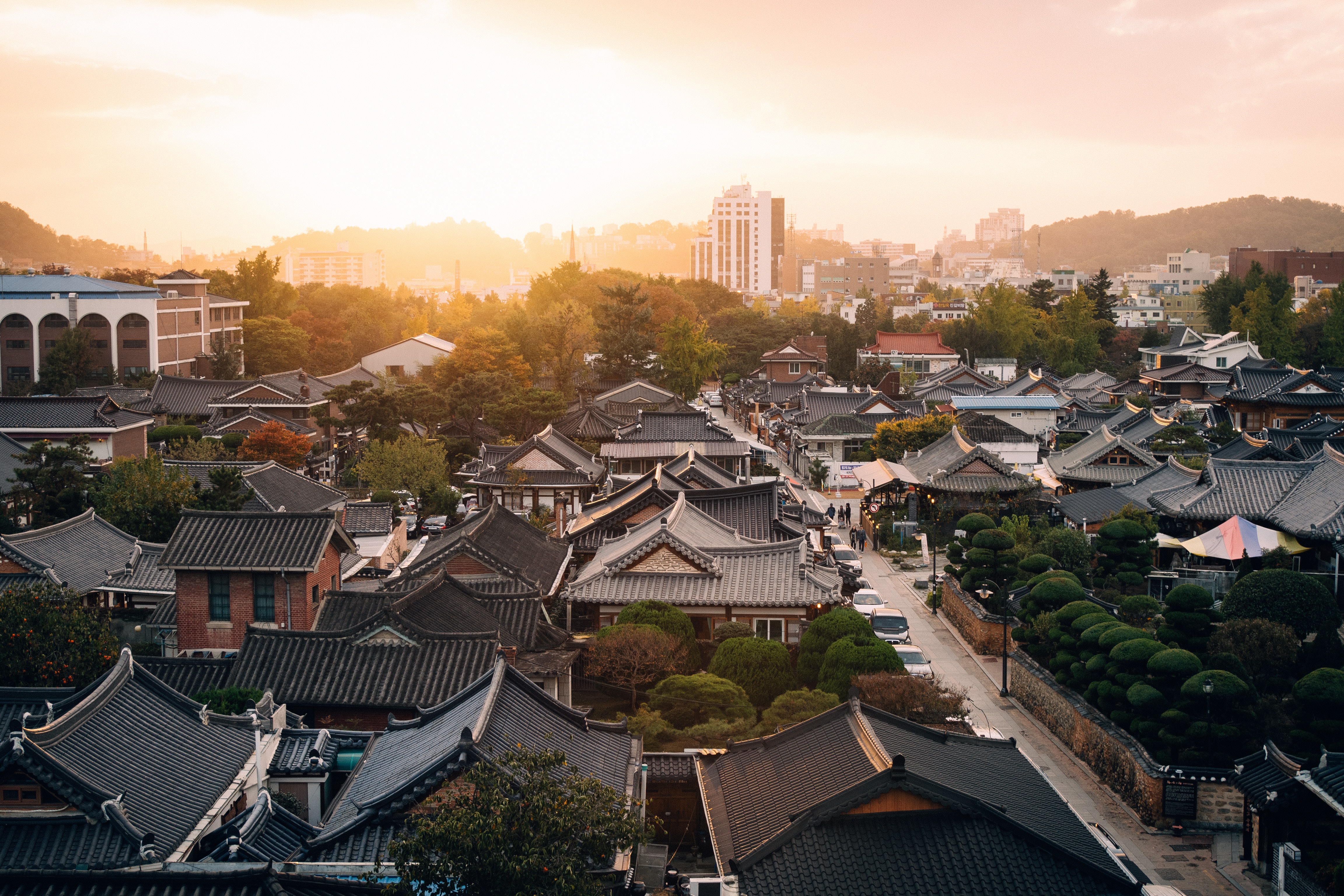 Why you should make a pitstop at Jeonju, South Korea’s food paradise

Travel
Why you should make a pitstop at Jeonju, South Korea’s food paradise
Share this article
Next article

Everyone who travels to South Korea travels to Seoul. It’s easy to lose oneself in the bustling metropolis with the big city lights and endless amount of stores. Rather than jostling with the crowd in Seoul, consider a city off the beaten track: Jeonju, Korea’s culture and food hub. This is after all, the hometown of one of Korea’s most well-known dishes, bibimbap, and is widely known as a food haven.

Besides indulging in mouth-watering dishes, domestic travellers also flock to Jeonju for a glimpse of the past. The city has been an important regional centre for centuries having been the spiritual capital during Korea‘s last royal dynasty, the Joseon dynasty (1392–1897).
Here’s our guide on what to do, see and eat in this quaint town.

The fastest option for anyone travelling to Jeonju is to take the Korean Train Express (KTX). It takes about two hours from Seoul and tickets can be bought a month in advance on the KTX website. A more cost-efficient method would be to take an express bus. They take about two and a half hours from Seoul but cost from as little as 15,000 won (S$17).

Explore the streets of Korea’s largest collection of traditional houses

Forget Bukchon. To experience an interesting side to Korea’s history, visit Jeonju’s Hanok Village. Hanoks, or traditional Korean houses, in Jeonju are easily differentiated by their signature roof edges, which are slightly raised to the sky. Upon entering, one is immediately captivated by how time has stopped in this the maze of alleyways. It has retained its historical charms and traditions, unlike the rest of the city which has been industrialised. Presently, there are 735 traditional Korean Hanoks in Jeonju. Some are still private homes, but many are now restaurants, boutiques and guesthouses. Travellers can sign up for a first-hand experience at making Hanji, imprinting patterns and drying the paper here as well. If you’re feeling adventurous, venture up the Imokdae and Omokdae pavilion for a birds-eye view of the entire village juxtaposed of against the newer buildings in the background.

Learn about the founder of the Joseon Dynasty

Built in 1410, Gyeonggijeon Shrine holds the portrait of King Tae-jo, the founder of the Joseon Dynasty. The King and his wife’s mortuary tablets are kept here at Jogyeong Shrine. It was partially destroyed during the Imjin War (1592 – 1598) and remodelled in 1614. The Joseon dynasty preserved important books and documents in four locations throughout the country. However, all were lost during the Japanese Invasion of Korea in 1592 except for the one located in Jeonju, inside Gyeonggijeon Shrine.

Once a hillside shantytown that sprung up after the Korean War, this cosy neighbourhood has been given new lease of life. Trendy art galleries and cafes have increasingly set up shop up here, making this space perfect for some afternoon respite. The eclectic, colourful murals form an outdoor maze full of interesting photo opportunities at every corner.

Discover the origins of Bibimbap

Bibimbap, literally translated as mixed rice is a fairly common dish in every part of Korea and Jeonju is its birthplace. The dish has origins in Joseon’s royal cuisine and is typically served as a bowl of rice topped with seasoned vegetables, some meat, kimchi and fermented chilli paste. Unlike other varieties, Jeonju bibimbap uses rice cooked in beef broth and bean sprouts. More than 10 varieties of fresh ingredients are placed on top of the rice to symbolise a balanced and nutritious mind, body and spirit. Rich in vitamins and minerals, Jeonju Bibimbap is a major upgrade from the usual fare in Seoul.

Sit down for an afternoon of rice wine

One cannot say they have been to Jeonju without stuffing themselves silly at Makgeolli Alley. Makgeolli, or rice wine, is a type of fizzy fermented alcohol that is sweet, sour and bitter all at the same time. In Jeonju, each kettle of makgeolli is served with such an extensive variety of food, the table is never enough for the number of dishes. The best part? The dishes are free with every order. Every restaurant serves different sides, but the most common ones include broiled pork belly, mung bean jelly, scallion pancake and tofu stew.

South Korea Travel in Asia Jeonju
Jocelyn Tan
Writer
Jocelyn Tan is a travel and design writer who's probably indulging in serial killer podcasts or reading one too many books on East Asian history. When she actually gets to travel, you can find her attempting to stuff her entire wardrobe into her luggage. Yes, she's a chronic over-packer.
Travel Design