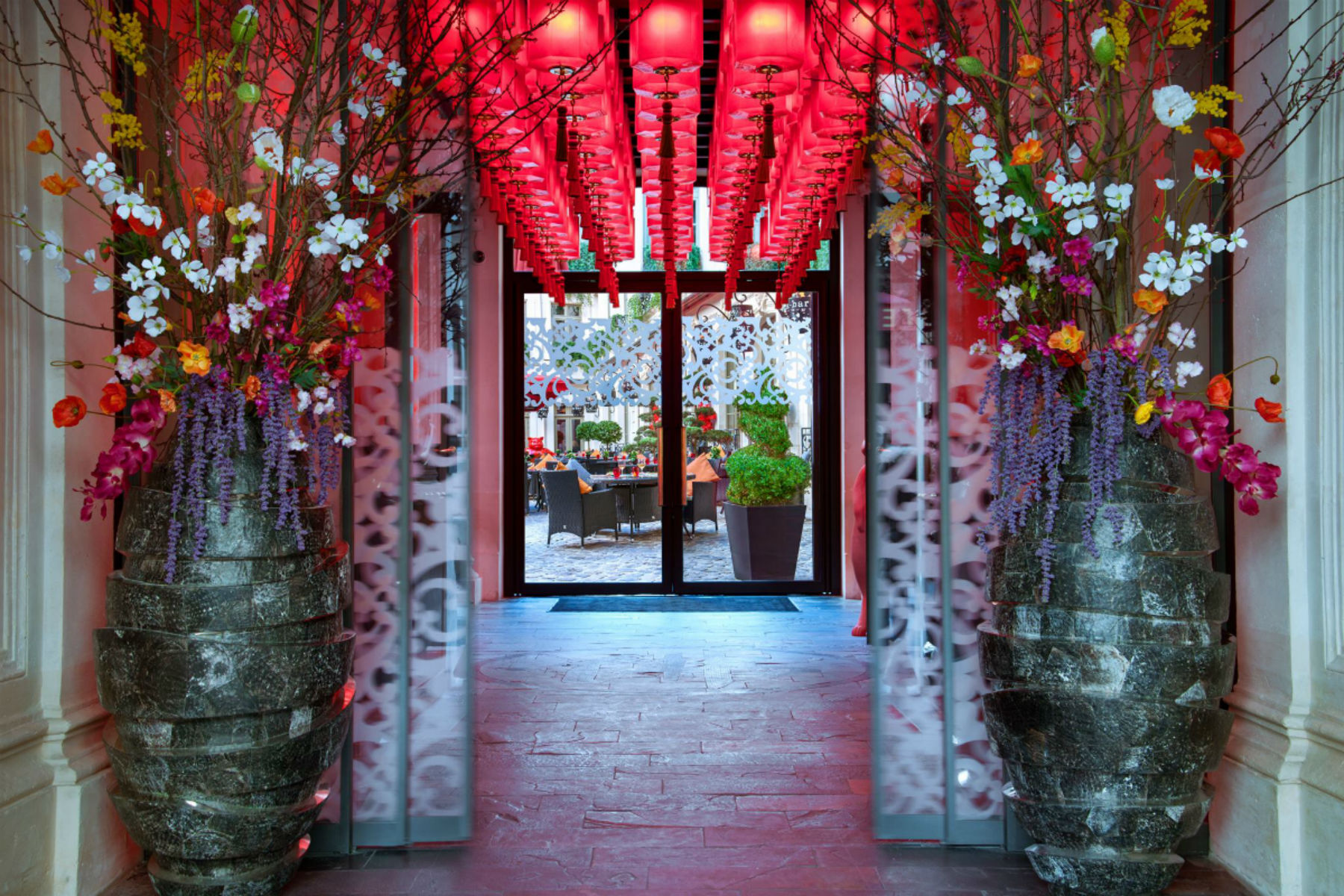 Home away from home: 4 European hotels inspired by Asia

When traversing the globe, sometimes homesickness catches up. As amazed as we are by European architecture or breathtaking spring flowers that bloom in parks, it is only natural to miss familiarity.

European hotels have taken this into consideration and designed hotels inspired by oriental luxury, which can be comforting when you’re on foreign grounds. Whether amidst the famous Swiss Alps or historical London, here are four upscale European hotels with Asian touches for a slice of home. Wake up to the view of snow-clad mountains of the Swiss Alps in the new luxuriously modern 7132 hotel, which just opened in the Vals valley in Switzerland. This opulent hotel is the perfect embodiment of how modern architecture fuses with nature – incorporating the mountainous natural scenery of its surroundings. 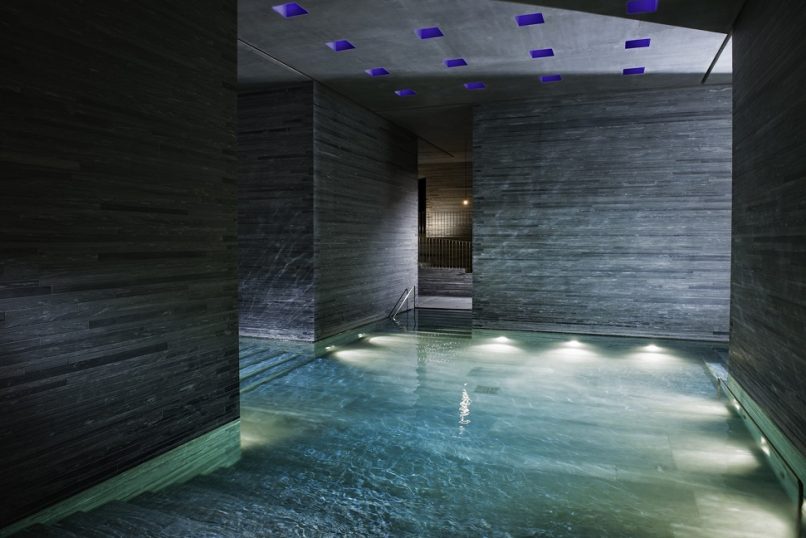 Made from 60,000 slabs of Vals quartzite, the grand thermal baths are another significant feature of the hotel. The internationally acclaimed architectural masterpiece was created by Swiss architect Peter Zumthor, who is known for his minimalist designs. With temperatures in the Swiss Alps dropping as low as -10° Celsius, you’ll have a deeply relaxing experience basking in the highly mineralised water that comes out of St. Peter’s spring at a pleasant 30° Celsius.

Design-wise, the hotel consists of 91 rooms with varying themes specially designed by a curated list of world-class architects such as Thom Mayne (whose designs provide a three-dimensional spatial experience) and Peter Zumthor (his generally involve stucco lustro with a modern touch), along with Asian designers – Japanese architect and Pritzker prize-winner Tadao Ando, whose designs provide an homage to Japanese teahouses, and Japanese architect Kengo Kuma (his designs are inspired by the sophistication of Japanese carpentry). With a name like Buddha-Bar, one would expect a unique, contemporary experience. The 5-star Buddha-Bar Hotel delivers just that and more. With chains all over Europe, founder and globetrotter Raymond Visan has brought Asian culture into the region. Blending neo-Asian and traditional French decor with warm and deep tones, a haven of peace and serenity in the heart of the Paris Fashion District is created. The hotel’s interiors has an ambience that recalls Shanghai in the 1930s – a ceiling of red glass lanterns welcoming guests at the entrance, intriguing Chinese dragon mosaics (the leitmotif of the hotel), colourful silks, wall embroideries, and bedheads of lacquered wood – among other elements.

Even its popular lounge bar, Le Qu4tre (awarded the title of Europe’s finest bar), has an interior dreamt up by designer François Wapler that features modern yet contemporary art work – crimson red and imperial gold tones, cherry blossoms and orchid flowers under cozy lighting. Cocktails are inspired by one of the four elements of life. Whether fire, earth, wind or water, Chief bartender Remy Rodriguez prepares original and exotic drinks created with top quality ingredients, liquors and extravagant garnishes. The upscale Buddha-Bar hotel is not just a place to sleep, but an urban temple of well-being and luxury. 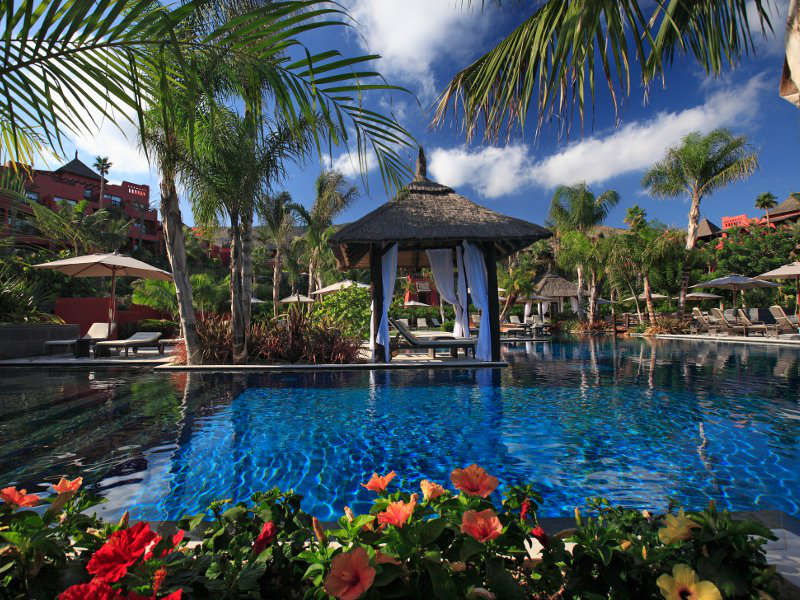 Bali and Thailand’s famous lush and exotic beach resorts are brought to Barcelona, offering European counterparts a taste of the Orient. Featuring tropical gardens, 6 bloom-framed swimming pool areas (some heated all year round), koi ponds spotted with lily pads and a tranquil spa set at the foot of the Sierra de Cortina Mountains, it’s hard to believe you are in Spain. The hotel features 10 different types of rooms decorated in Balinese style – with thatched roof ceilings, canopied beds and teak flooring. The rooms are designed with different designs and character for the well-being of one’s body and mind, an important Balinese philosophy. The hotel’s spa, on the other hand, has a concept inspired by the Thai. Thai massages – which makes use of an ancient healing system combining acupressure, Indian Ayurvedic principles, and assisted yoga postures – are offered in outdoor stilt houses set amidst dense greenery.

If Bali and Thailand had a love child born in Europe, Barcelo Asia Gardens and Thai Spa would definitely be it. 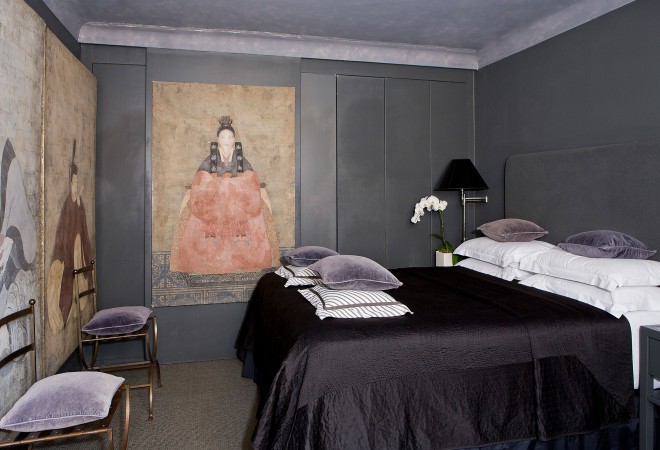 If you want to experience a vacation that still maintains a largely-European feel without going overboard with the Asian touches, this hotel in London is your best bet. Designed by former Bond girl Anouska Hempel, now famous globally for her compelling interior designs, this multimillion-pound South Kensington couture hotel has now been refurbished and is the epitome of grandeur and exoticism.
Uncover the black Victorian facade to a bewitching fusion of East and West. Each room of this stylish boutique hotel has its own style, inspired by various far-off lands. If you are craving for a taste of home, choose from one of Blakes Hotel’s Oriental-themed rooms. The Cardinal Suite (one of the most popular rooms in the hotel), is decked in luscious Oriental reds with gold accent and antiques in abundance. A breathtaking four poster bed draped in opulent and antique fabrics amp up the romance in the room, deeming it perfect as a honeymoon suite.